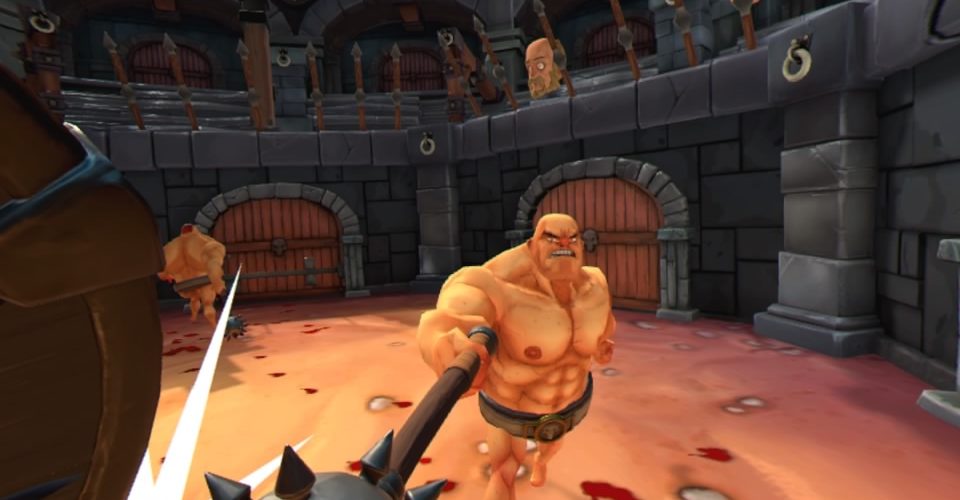 GORN was a pretty early title on the PC VR scene. It wasn’t officially released until last year but was floating around in early access form for a couple of years prior. Now it’s on the PS4, a VR exclusive title that requires the use of two Move controllers. VR still has a long way to go but it has come a long way from the early, tech demo style games that populated the area initially and GORN does feel like it’s of that time, but is it still fun? 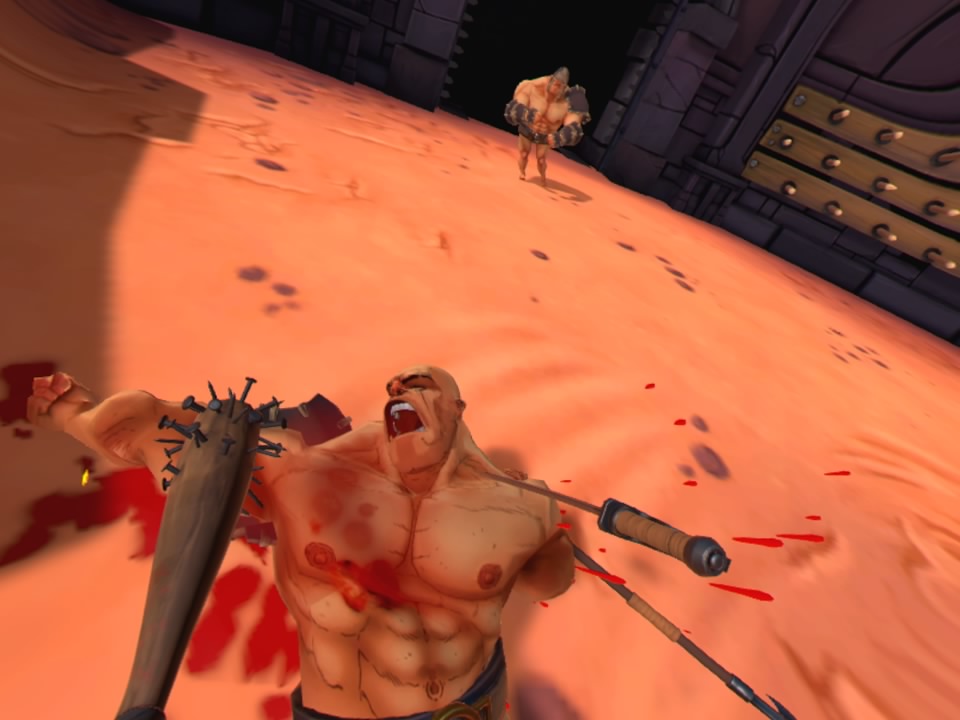 You are a slave, forced to fight in an arena for the amusement of those looking on. That’s it for story it’s not that type of game. There are nine levels altogether that pit you against three waves of enemies and one free-for-all before you face off against the champion of that level. The weapons and armour that your opponents wear require slightly different approaches but the ultimate goal is to kill everyone else and be the last man standing.

Each Move controller represents a hand and you can use these to grab, punch and gesture. Without a weapon you can grab an enemy and depending on their state that can allow you to throw them or use them as a human shield. Your fists are decent for stunning but not as effective at killing as the weapons you’ll be given before each round or that you take from your downed enemies. This is the appeal of GORN, each weapon behaves differently so the ability to experiment as the game gifts you new ones is generally a lot of fun. 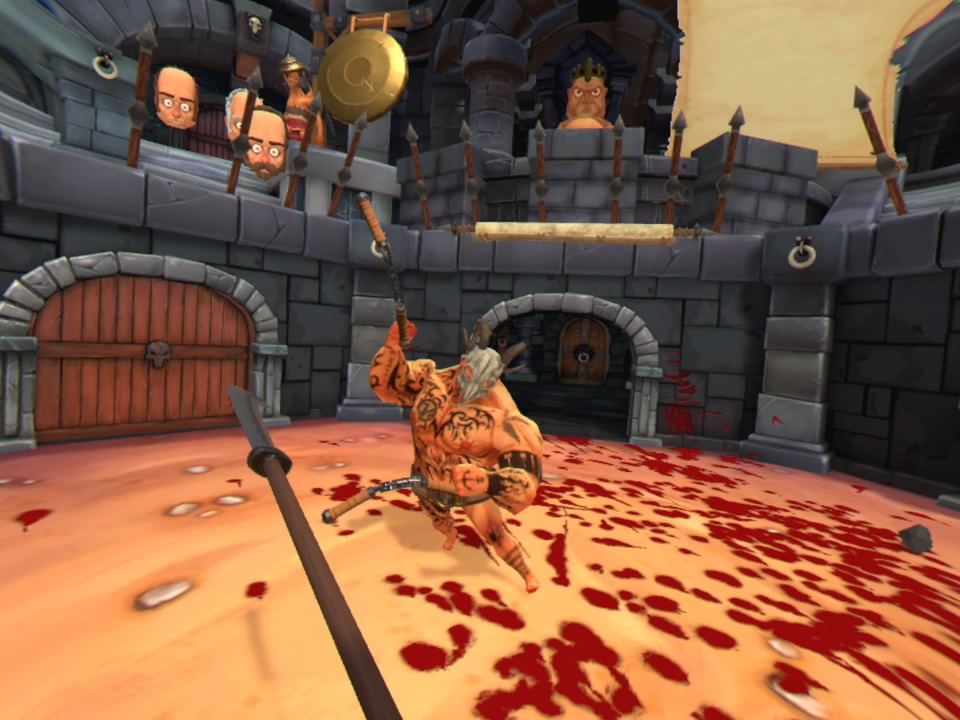 Playing around with each and seeing what damage you can do is where the fun comes from and using whatever weapon you have to defeat the champion can be a little puzzle at times, as they’re generally just a normal enemy but with their own gimmick which makes them more challenging whether that’s having seemingly impenetrable armour or being accompanied by archers.

If you take a hit you start to bleed out and will die in a matter of seconds, only killing an enemy will restore your health. If you do die then you only have to start that wave from the beginning, but there is a challenge for beating each stage without dying and there’s also a bonus objective on one wave to complete as well. Depending on how much trouble you have you can get through a stage in ten minutes which should indicate that this is a short game, though there are customisation options and an endless mode if you want to extend the experience.

Unfortunately despite the short length I found the game to become repetitive pretty quickly. I’m all for a simple VR title if the concept is sound and the gameplay is tight but that’s not the case here. Depending on your VR setup you may need to make some adjustments. The game wants you to be stood up and dropped weapons fall on the floor, meaning you need a decent range of motion to be able to reach them. A barrier appears if you get too close to your limits, but don’t turn on the strict VR space option or the game will pause for two seconds every time you reach too far. 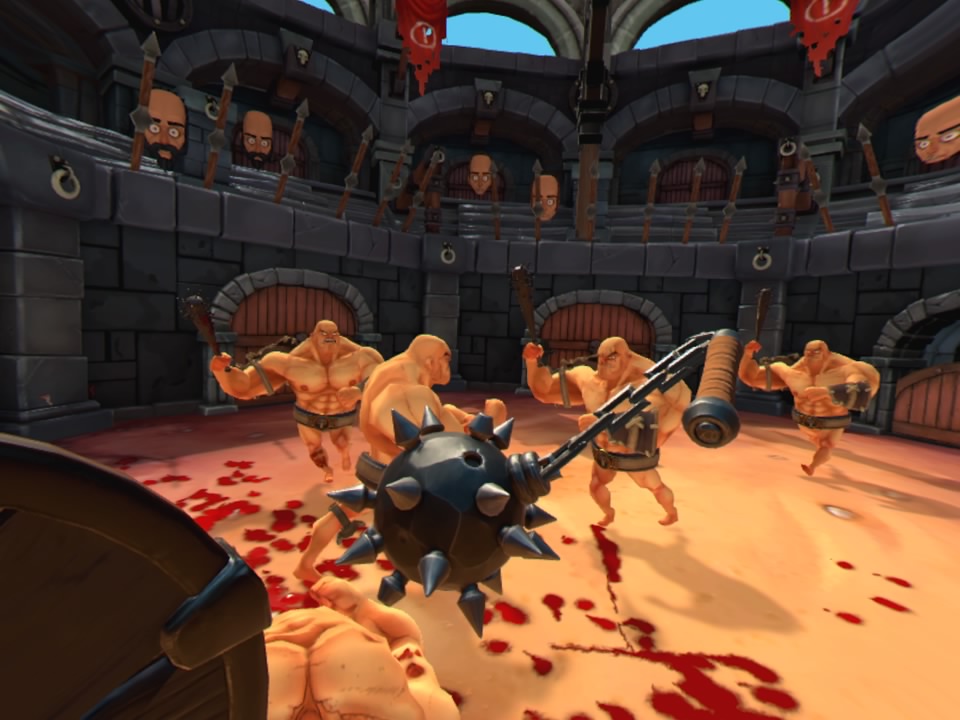 Each weapon is floppy too. Swing a club and it’ll bend like the purple dildo bat from Saints Row. All weapons are like this and it fits the aesthetic but can make the weapons feel ineffectual at times as your weapon does nothing or less than you’d expect. When a weapon connects and a limb comes off or the head explodes then it feels cool, but too often you’re flailing around like an old Wii game as your weapon merely rubs against the enemy. Don’t get me started on the two handed weapons, they pretty much all feel terrible and were the worst offenders as far as control issues with even simply grabbing the thing with each hand causing problems.

It makes what should be a silly, fun experience quite frustrating at times. The visual style is solid but enemies move in a very unnatural manner, which is part of the humour, but it makes their movements unpredictable. So you’ll walk up to them (by dragging yourself along with each arm, it works but doesn’t allow you to get around too quickly) and try to attack them, you’ll only glance them because they’ll swing for you and attack your ankles, so you’ll try again and they’ll get a lucky shot on you meaning you then have to rush to get a lethal hit or you’ll die and have to start over again.

You’ll work up a sweat playing GORN, especially in the heat we’re experiencing at the minute, so replaying sections is even less fun than usual. Between waves you’ll get a rest as the next wave doesn’t start until you raise your hand but moving and fighting requires lots of arm movements, combined with having the headset strapped to your face means you’ll be drenched in short order. Not a negative necessarily but something to consider. 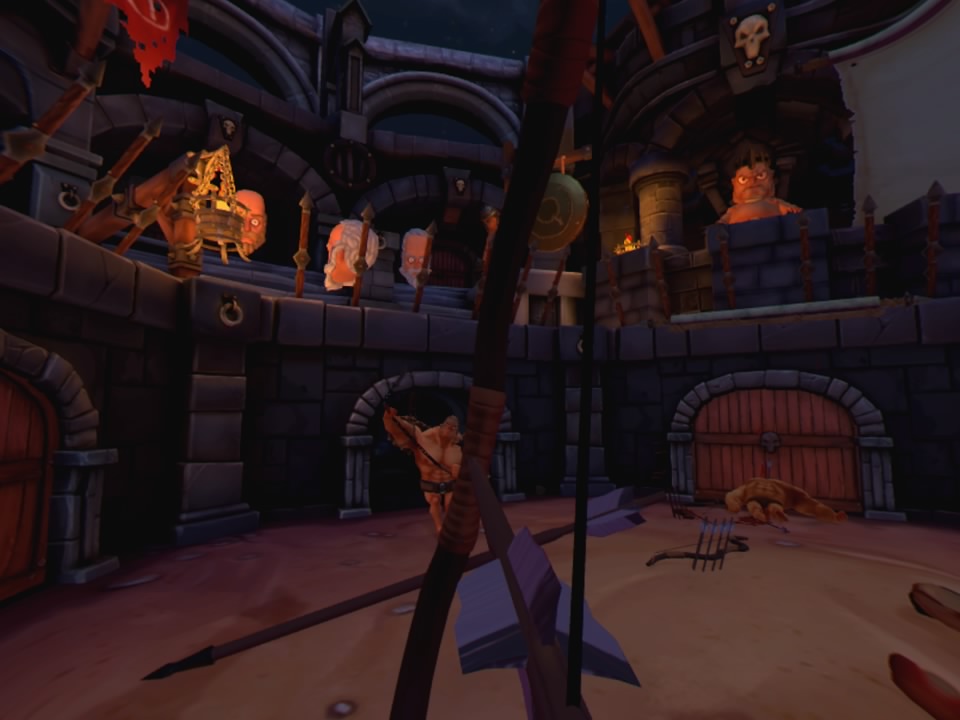 Ultimately I was disappointed with my time with GORN. What looked like a silly and fun VR time was actually quite frustrating. Whether it was a tracking issue or design issue when attacks land and you get the desired effect it feels good, but often that just doesn’t happen and you’ll be stabbing or smashing a guy over and over before he decides to die by which point another enemy has waddled up behind you and got a hit in. There is some replayability but it is a short, simple game that has some appeal but is showing its early VR roots.

GORN
6 Overall
Pros
+ Smashing heads in is fun
+ Large variety of weapons
+ Challenges offer replayability
+ Sense of humour
Cons
- Very short
- Some weapons are awful to use
- Attacks don't always have the intended effect
- Some control issues
Summary
GORN was an early game on the VR scene and it shows. This is a simple, short game which can feel great when it works but can also frustrate when things don't act as you'd expect.