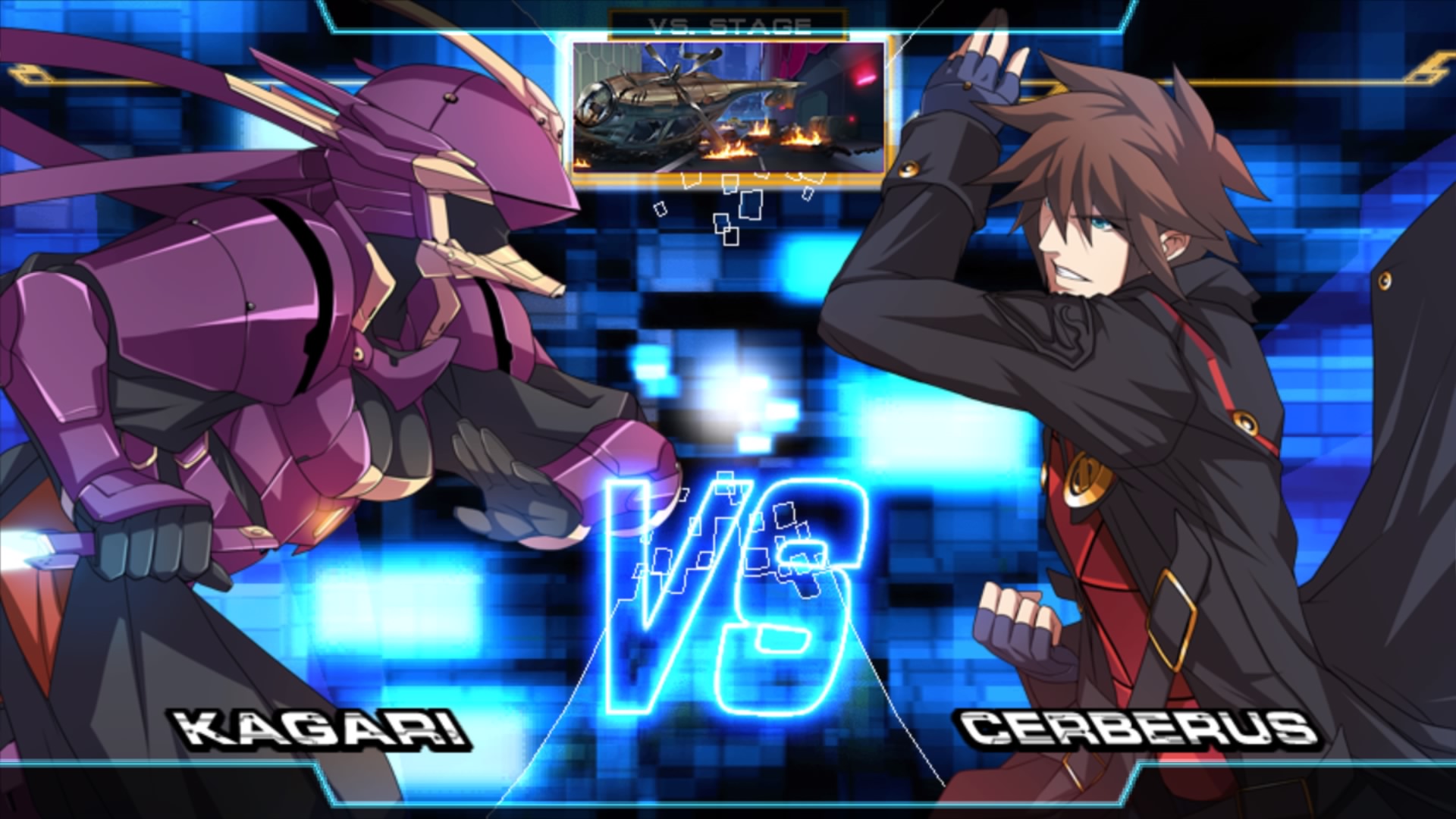 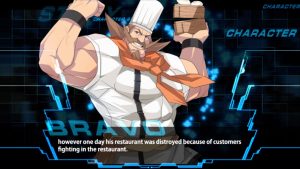 If you were to play Chaos Code: New Sign of Catastrophe without any information, you’d be forgiven for assuming that it was a console port of an old arcade game. After all, there have been plenty of those over the last few years. Chaos Code seems to check all the boxes too – fuzzy sprite graphics, high resolution artwork that flanks the screen in an effort to conceal that the game wasn’t designed for widescreen formats, and slightly wonky controls that never seem to be doing exactly what you ask them to.

Here’s the thing though; Chaos Code isn’t from 1999 – it’s from 2011. And since it only ever appeared in Japanese arcades, there’s none of that warm and cuddly nostalgia blanketing everything and covering up the weaknesses. In fact, Chaos Code feels in many ways to be trying to recapture that old arcade magic, and instead feels crushed and contained by rules that other titles in the genre gave up on years ago.

That’s not to say that Chaos Code is a bad game. There is plenty in those old titles to inspire, and Chaos Code shows off some of the very best aspects by sometimes presenting a fast and creative fighter that has its tongue lodged firmly in its cheek. At other times it comes close to parodying fighting game norms but doesn’t commit, and instead falls afoul of those same cliches. The Arcade Mode, for example, can’t decide whether or not it should be taken seriously, with some characters storylines being laudable pastiches of poor story modes of the past, while others seem to be taken deadly seriously. It’s a hard blend to keep up, and the indecision just end up contributing to a general feel of confusion that is present throughout the whole experience.

That confusion is not helped by the total lack of any sort of tutorial. When you start Chaos Code you’re expected to just magically know every mechanic, some of which are rather obsure. Dozens of hours into the game, I’m still discovering things that should have been explained to me at the start, and I’m honestly still not sure if I’m playing to a fraction of Chaos Code’s potential. 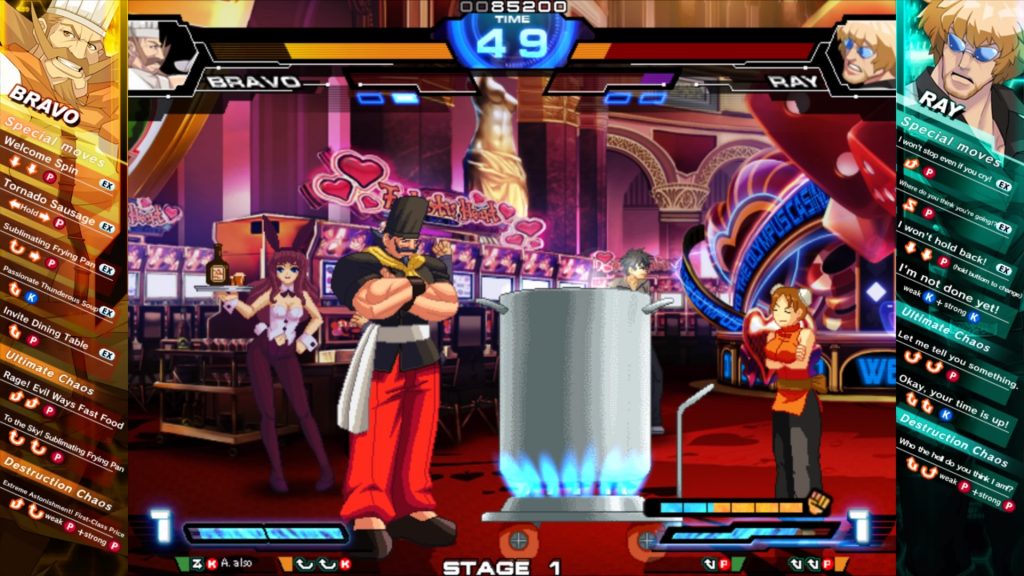 On the plus side, Chaos Code’s actual gameplay is genuinely fun, with many of the characters available being interesting and creative takes on familiar styles. The heavyweight grappler, for example, forgoes the russian accent and red briefs to instead don a chefs hat and fry up enemies. The good, silly fun is dampened somewhat by the insistence of other characters on being dour and intense, which only ends up making them feel bland in comparison.

Steer clear of the boring characters however, and Chaos Code can feel equal parts frantic and precise – though the controls can be frustrating loose when things come to the crunch. Playing on the same couch can take on an almost party game atmosphere, especially when the focus is more on having a good time than winning.

If your goal is total domination however, you can certainly be catered to. Chaos Code teaches you the ropes of many characters by giving you a host of challenges to complete – though the presentation leaves much to be desired. Rather than the neat, character specific tasks that we have come to expect, the whole mass of challenges is thrown at you at once, with no explanation of which characters they relate to. Finding a task that you want to do is a case of trial and error, which becomes remarkably time consuming – and annoying – very quickly.

Once you know the basics of your character of choice you can get to fighting. A neat aspect of Chaos Code that stands out far above the rest is the ability to make your character completely your own by letting you choose two extra moves, and whether you want your character to run or do a forward dash when you double tap forwards. It means that each character can be played in a wide variety of styles, and even matches between two of the exact same character will never play out in the same way. It’s a brilliant idea, and one that I would love to see explored in other titles. 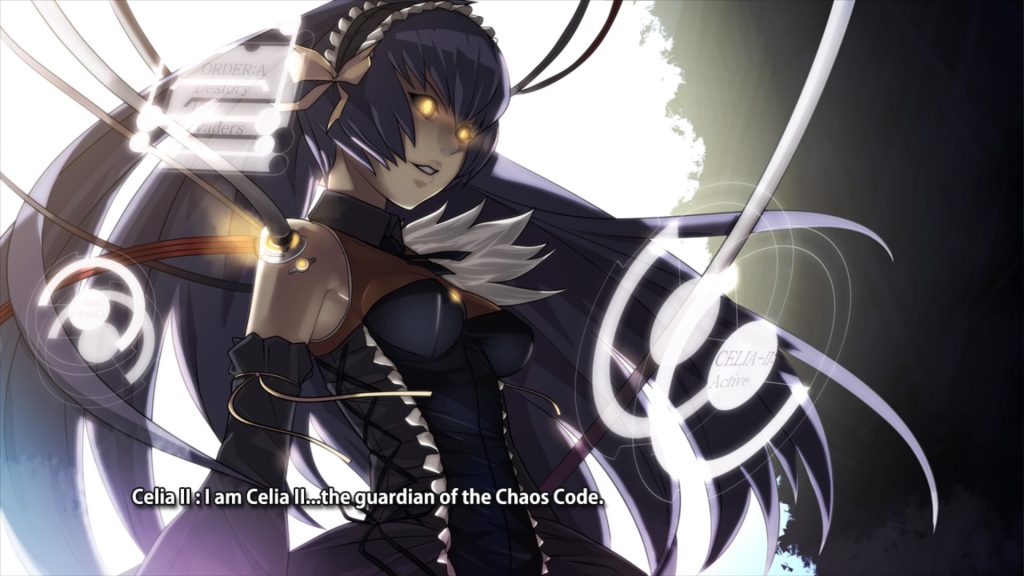 For rookies and button mashers however, it just adds to the confusion. The differences between your choices are not explained, so you’re just given a choice of options that don’t really make much sense if you don’t know what you’re doing. And that sense of confusion is symptomatic of Chaos Code as a whole – a strange, confused experience. Having put a lot of time into it, I’m still not sure exactly what the point of it is – whether it’s meant to be funny or serious, intense or light hearted, competitive or just for fun.

And while we’re talking about confusion, I’ll bring up a pet peeve that has quickly turned into a gamebreaker for me: Chaos Code has been localised poorly, which has resulted in strange phraseology and terrible spelling throughout the story modes and win quotes. Although it’s not quite “All your base are belong to us”, it’s close, a fact which went from distracting to infuriating fast. I think that I could have liked Chaos Code, despite the problems it has, but those localisation problems are something of a final straw, making the whole thing feel lazy and slapdash. 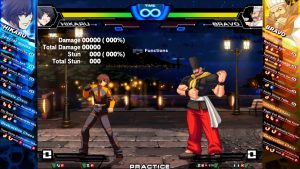 Which is a shame, because at times the actual fighting is fun, if a bit dated. It feels harsh to claim that the other problems it has detract from the experience but, the reality is, they really do. The strength of the fighting engine isn’t such that it powers through the problems, and in the end you’re just left with a product that is dragged down by the confused packaging that it has arrived in.

Chaos Code
5 Overall
Pros
+ Good when it comes to actual fighting + Occasional bursts of fun humour + Interesting character designs
Cons
- Confused overall feel - Poorly done, problematic port - Dated graphics, even for the style
Summary
When it comes down to it, Chaos Code needed to pick one thing and really excel at it. Instead, they’ve presented an acceptable effort that stands out for all the wrong reasons. There are signs of genuine inspiration - like the ability to customise your character style with unique moves and movement options - but they’re weighed down by the poor port and ultimately confusing presentation. If airdashes are your thing and you’ve got to have them all then you’ll probably have a good time for a few hours, but for everyone else, Chaos Code is nothing more than average.