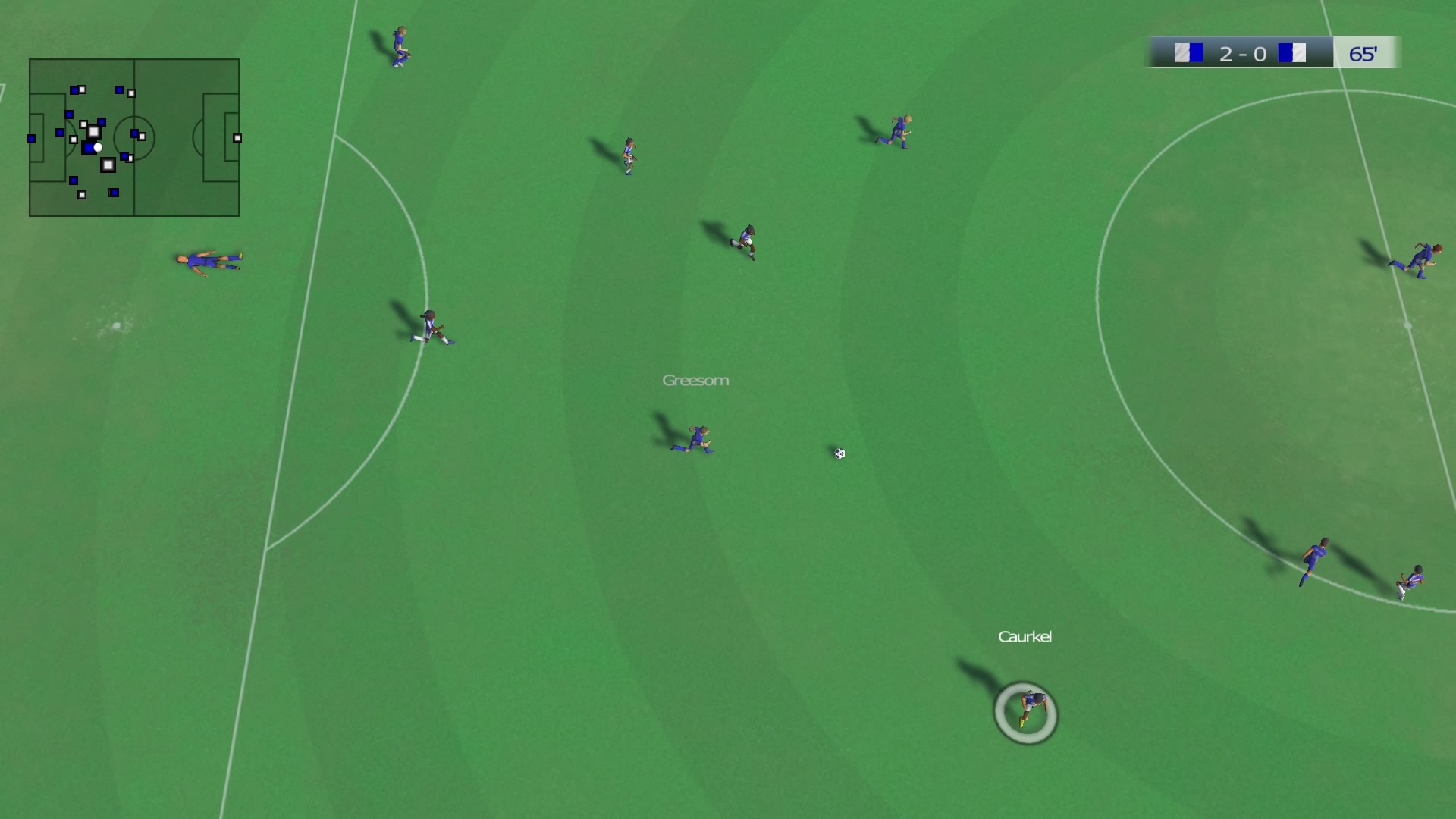 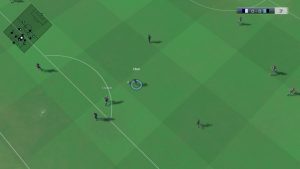 I won’t give you a history lesson about football games.  Everyone knows that the days before the FIFA/PES stranglehold was established, football games were presented in a top down fashion and were simple affairs.  There were a few games vying for the top spot back then but Sensible Soccer ended up being the best one thanks to its brilliant controls and it is that game, or rather its fleshed-out sequel Sensible World of Soccer (SWOS) that the is the direct inspiration for Active Soccer 2 DX.

As the name suggests, there was a predecessor to this game, but that lived out in mobile phone land and this sequel arrives six months or so after the Xbox One version and it offers some simple, retro football action for those of us who don’t mind losing the infinite modes, options and licenses of modern football games and while I’m a fan of the idea, these retro values do come at a cost.

Your basic choice of modes here are exhibition matches, tournaments (either pre-created or custom) and a career mode that sees you taking your favourite team and trying to get them to the top of the footballing world thanks to your skill on the pitch and a few decent transfers from the game’s huge player database.  It is exactly the same, in intent at least, as SWOS even down to the front-end which takes the exact design as its inspiration and recreates it, albeit with slightly clumsier result.

On the Vita, the touch screen controls here are awful (pressing an option once can see it auto-repeat quickly enough to toggle itself back off and the there is no indication that you’ve pressed anything during some of the brief loading periods) and visually it all looks a lot cheaper than SWOS did.   There’s a carelessness to it with certain words not fitting the boxes they are in.  The fuzzy disclaimer text as you load the game refers to an editor that isn’t in the game.  Also, on the Vita you only have the option for exhibition mode and career mode, but career mode here is actually the tournament mode (and the actual player-manager, SWOS-style career mode doesn’t exist).  It’s all a bit shoddy. 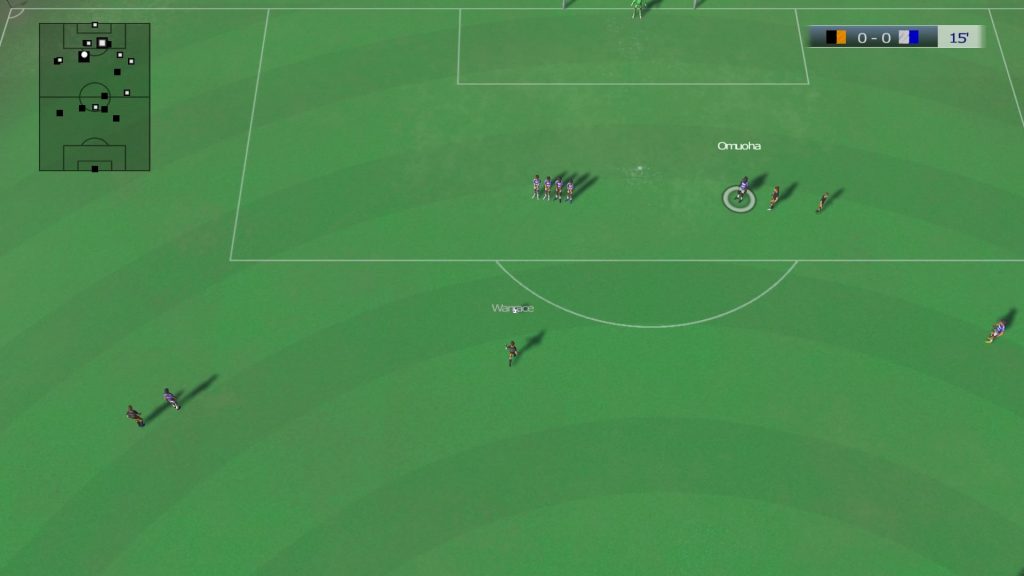 Before you get on the pitch you also get to pick from a couple of control layouts (each of which uses the four face buttons rather than the usual one-button control method) and you get to pick a couple of visual options.  The game can be displayed in the traditional vertical view (where you play up and down the screen), horizontal or diagonal (which is how the early FIFA games did it before they realised it was rubbish).  I found the vertical view a little limited (as you can’t tell exactly where the goals are some of the time) and stuck with the horizontal one.  You can also pick the camera distance, I opted for the nearest one because otherwise it is almost impossible to tell which players are yours as their kit colour doesn’t leap off the screen (see screenshot above for an example).  But not in a game-breaking way.

Once you are on the pitch, you get a slightly different experience depending on which format you use.  The Vita struggles noticably when the players take to the pitch but it does settle down, however the game never feels that smooth.  On the PS4 things are much better but it is playable either way.  Unlike the much-maligned Kick Off Revival, the ball sticks to your players, making it all a lot more playable.  The game whips around at quite a pace too and it is actually enjoyable.

They say that scoring is the hardest thing to do in football and that is definitely the case here.  In all the matches I’ve played, I’ve had dozens of shots and mostly walked away scoring one goal or none at all.  Occasionally, I’ll bang in a few (my last game was a 5-0 murdering) but it does seem that ultimately I’m on the offensive nearly all the time and it is just the wayward shooting keeping things respectable.  I tend to see the ball ping back off of the woodwork a handful of times in every match for some reason.  It doesn’t feel random given that it happens so often, as if the game is keeping the score respectable but as you learn the higher percentage angles to shoot from, you will start doing better.

One issue is that the set-pieces are terrible.  Aiming penalties is done by positioning your player, making them quite predictable in multiplayer matches – although heavy use of aftertouch will hide your intentions but your still giving something away.  Free kicks are really odd.  You kind of rotate your player around the ball in a way that never feels intuitive before you take the kick.  Corners and throw-ins also seem to have a mind of their own too.  I’ve kicked a corner off for a goal kick a yard away without even aiming.  It’s not as unfriendly as Kick Off Revival but it is still pretty bad.   A tutorial mode is on offer but this crashed my Vita outright (the first time this has ever happened) causing me to have to reset the unit.  However, beyond that there aren’t too many problems on the pitch.  It’s playable, and even fun if you fancy a casual little kickabout. 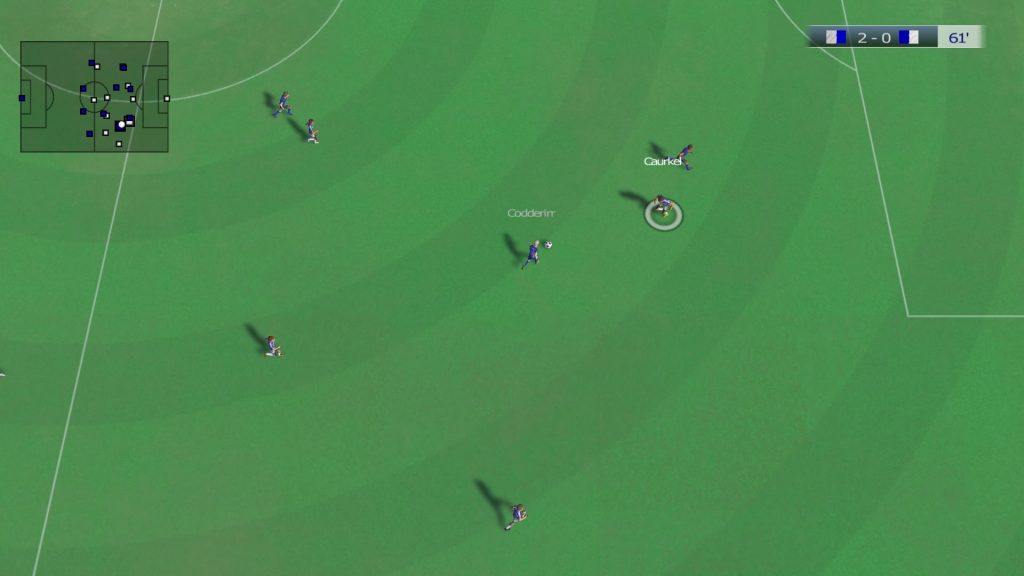 If you want more depth, the career mode (on the PS4 version) adds it.  However, this mode could have benefited from some major playtesting.  So, here’s the thing.  I was kind of enjoying the mode and decided I’d sell half of my squad because you only really need your starting eleven and a bit of cover.  I sold one forward which then moved my twelth player into the eleventh slot.  That player was, by default, my reserve goalkeeper.  The problem is that when you are selecting your match day squad, you can’t replace your goalkeeper with an outfield player.  Even if you’ve got a goalkeeper in the striker position.  I can’t do anything but swap him for another goalkeeper.  So I then had to sell my reserve keeper in a swap deal with an outfield player.  Rubbish.

That could have been game ruining if I didn’t figure out the way around it and it is just another example of what happens if you try to recreate a legendary game without the technical chops and professional pride it takes to pull it off.  Instead of a modern take on a classic, you just end up with a cheap facsimile.  There’s just a level of care that is lacking throughout the game.  Like when the radar/pitch map stopped showing any players on it for some reason (permanently I might add) or when I scored from a rebound in a penalty shootout and it counted. 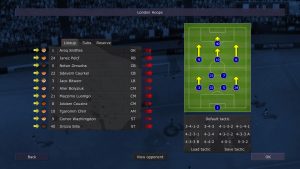 With all that said, Active Soccer DX 2 does play a reasonable game of football but times have moved on so much though and the days of putting up with player names like Areq Snitfies (Alex Smithies) and Gland Harr (Grant Hall) while wrestling with poorly designed menus and badly playtested gameplay are behind us.  Even at eight quid, this feels like we just got stung.

Active Soccer 2 DX
3 Overall
Pros
+ Sensi was always better than Kick Off, and this copies Sensi + Okay controls + Good choice of camera angles for a retro kickabout game
Cons
- Performance is weak on the Vita - Visually it's all a bit rubbish - Poor menu design - Career mode is a bit of a mess - No online play
Summary
Active Soccer 2 DX is what happens if you copy a twenty year old game but forget to put in any pride, professionalism or playtesting. It's better than Kick Off Revival though. And that's what we in the business call the faintest of praise.