I don’t really know where to begin with Ace of Seafood so I’ll just say if you’ve ever wanted to see a salmon shoot lasers this could be right up your street. Ace of Seafood is based in the oceans of the far future where, for some unknown reason, fish are now weaponised and humans are none existent.  Yeah I’ve no idea.

There has been a definite trend in recent years for games to go after the streaming crowd, generally being low produced piles of garbage with a wacky topic.  Ace of Seafood fits firmly into this camp, so take from that what you will. However the sight of a mackerel shooting beams of death at a crab did sort of bring me up short as a sight I’d never even considered before. 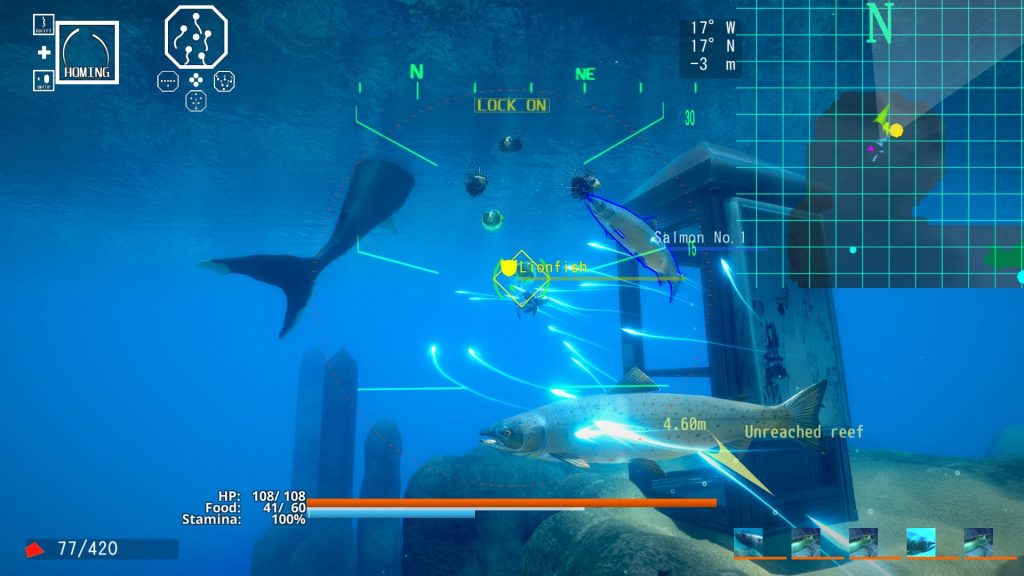 The aim of Ace of Seafood is to take over reefs in the ocean.  Each reef will be protected by a species of fish, or crustacean, which will need to be killed before you can acquire the reef. Each reef you control gives you more points to use for your squad loadout, so if you want to be controlling a squad of sharks you’ll need to control a lot of reefs. And you will need to have a powerful squad of fish as the battles are punishing.  Before each foray into the ocean you get to select which fish you control and which fish you take along to fill out your squad, with each fish having different types of lasers.

Graphically things are laughably poor with terrible draw distance, simple textures and murky colours. There is some decent detail on the fish but these are badly animated and end up looking like a kind of plastic joke fish. There is also a complete lack of any detailed underwater landscapes instead the entire seabed looks grey and blurry.  The general low quality graphics extends to the combat effects too with the lasers looking like blurry lines. This leaves you looking at a mess of a screen unable to figure out if you’re taking damage or not. 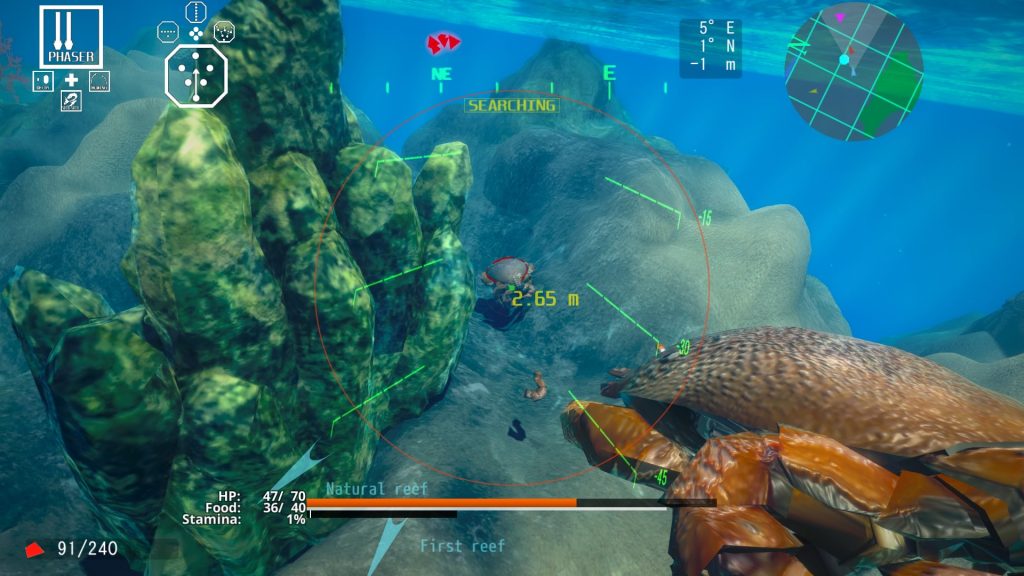 The general low quality extends to the controls scheme and menu system.  Having the two analogue sticks control movement on the X and Y planes allows for some detailed navigation, however as soon as combat starts things go to pot. At this stage I was managing every button on the DualShock 4 other than the touchpad. Things just get messy real quick and when I was trying to dodge an incoming barrage from an aggressive barracuda I really wanted to have tighter controls. The menus don’t get off any easier in the usability stakes either. Things looks large and low res and navigating them just isn’t as easy as it should be. 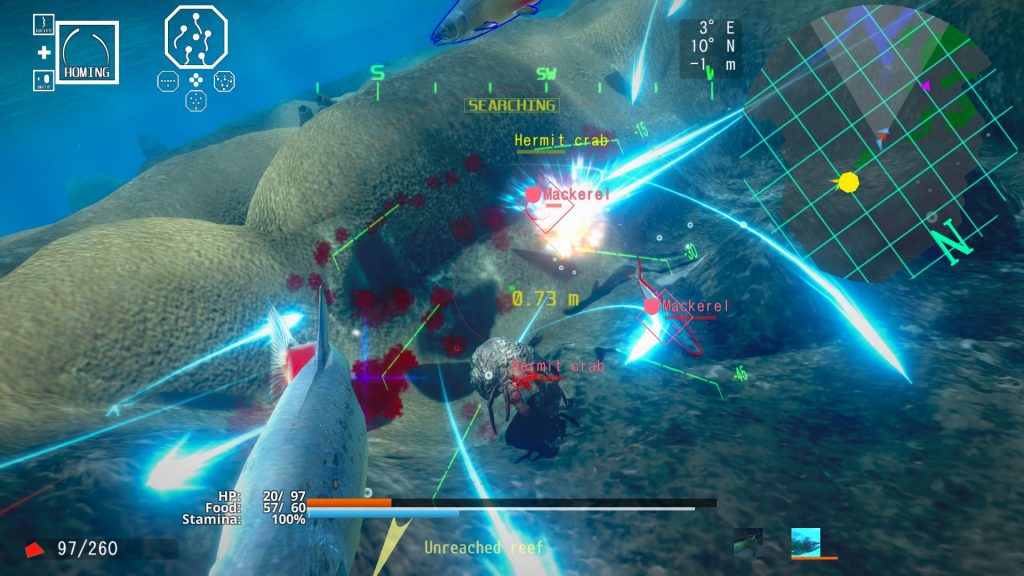 As negative as I’ve been up to now there are some redeeming features here. The whole idea of a futuristic fish battle is so ludicrous that it is actually fun to watch and take part in.  I’ll never look at a salmon the same way again. There is also a neat upgrade cycle present here, killing other fish will net DNA and get enough of this and you can breed this fish for your own ranks, either taking control of it on your next turn or adding it to your fishy battalion to fight alongside you.

Ace of Seafood isn’t a great game, but it is sort of ok.  There is enough absurd action here to ensure the game doesn’t get boring, and it is particularly interesting to watch. However the low quality graphics and poor controls mean that more often than not this is a game which isn’t all that enjoyable to actually play.

Ace Of Seafood
4 Overall
Pros
+ Takes a bizarre concept and somehow makes it work.
+ Is funny enough to watch and seems geared towards the streaming crowd.
Cons
- Graphically this is a mess.
- The controls are awful and complicated.
- Isn’t actually that fun to play.

Summary
Ace of Seafood isn’t a great game, but it is sort of ok. There is enough absurd action here to ensure the game doesn’t get boring, and it is particularly interesting to watch. However the low quality graphics and poor controls mean that more often than not this is a game which isn’t all that enjoyable to actually play.

One thought on “Ace of Seafood – PS4 Review”