From developer Nuke Nine and publisher Blitworks Games comes the small but perfectly formed Vagante. The short elevator pitch is a roguelike with a cute exterior that belies its fierce challenge. It’s not too different from its obvious influence Spelunky in that respect. When this reviewer played Derek Yu’s nails hard delight on Xbox 360, we never got massively far in that. 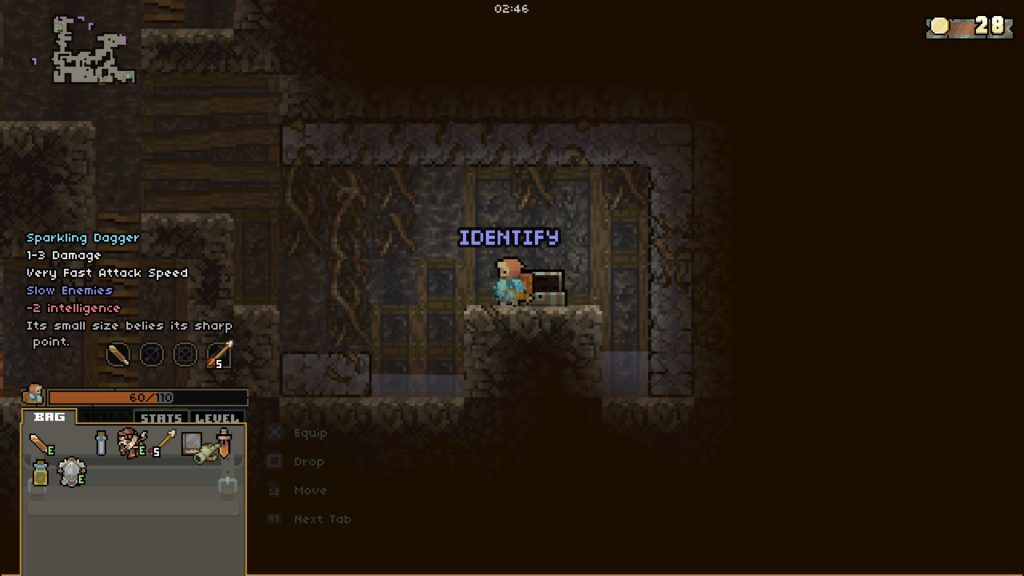 For the most part, each one of your deaths feels like your fault, except in the event you end up bringing a stick to a gunfight and are hopelessly overwhelmed by a mob or boss. The environment is rarely the killer, but we’ve died plenty of times with a fall down a long shaft at low health. Or we’ve just dispatched a boss only to fall on to spikes. Very much twattery on our part.

The gameplay loop is such that even if you die cheaply or through your own ineptitude, you’ll feel compelled for that critical just one more go. Then another. And another. It’s not quite Civilization 2 until it’s light outside compelling, but it’s not far off. Only we’re in our late forties now, not in our early twenties so we can’t be doing that shit anymore at our age. 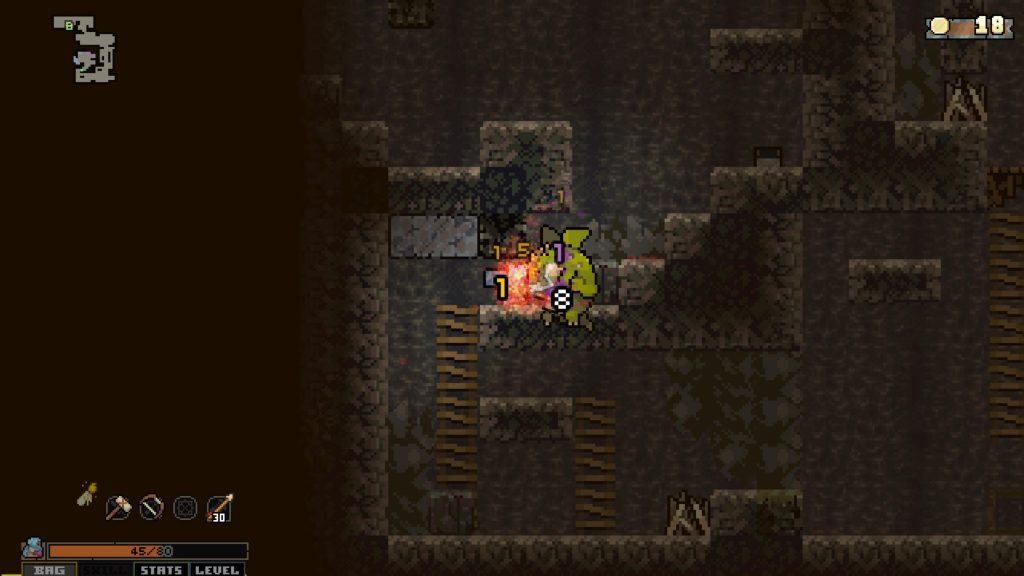 You start out in caves, each of the first three phases having a randomly selected boss you have to eliminate to unlock the main loot chest in the levels. At the outset you’ll probably lose in a straight fight, but eventually you’ll get a feel for how to beat the bosses, or in the case of the baby dragon, cheese the encounter.

On the second phase you’ll have the option to forgo the main loot chest, instead being able to unlock an alternative gate to access an orb that gives you a permanent buff. You go into a sub-level that bypasses the third stage but with harder enemies who’ll ruin your day. You generally won’t have much time to scope out the level and figure out your escape route. You see, once you grab the orb, all the enemies in the level will aggro to your position. 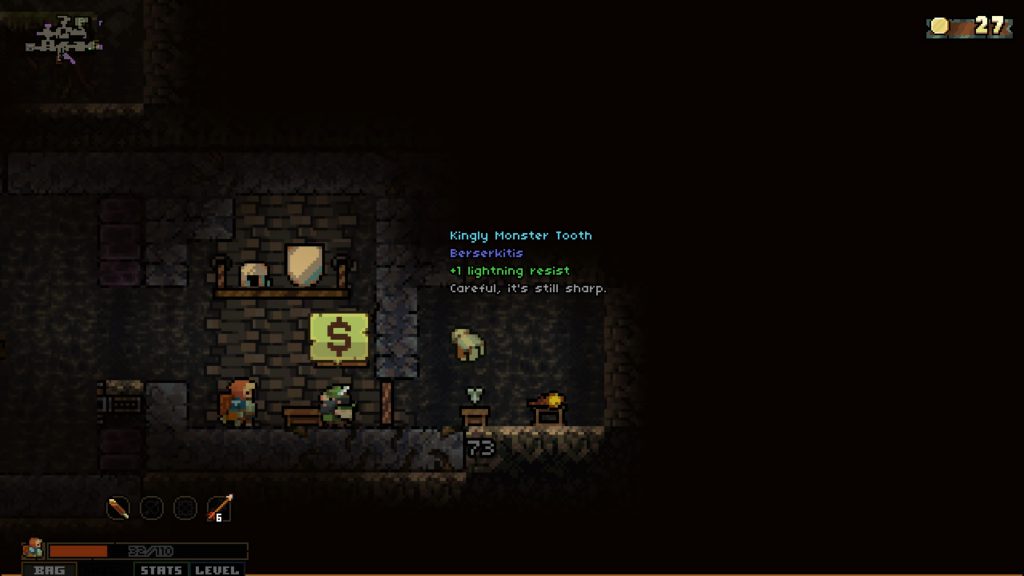 The problem with progressing any further than the caves and into the forest levels, is that you have to clear the prior levels first. Admittedly, you can avoid confrontation with the bosses and pick off the minor mobs as you do so. But you’ll also run the risk of being critically underpowered in subsequent levels.

For the first few hours of the game you’ll unlock latent abilities by gathering experience points. These vary from having extra durability or higher resistances. As you progress to the level cap of twenty-six, you’ll unlock even more useful backgrounds as they’re known, such as our personal risk/reward favourite. Pretty much every single piece of equipment you pick up is cursed in this particular instance and once you equip it, you can’t remove it. 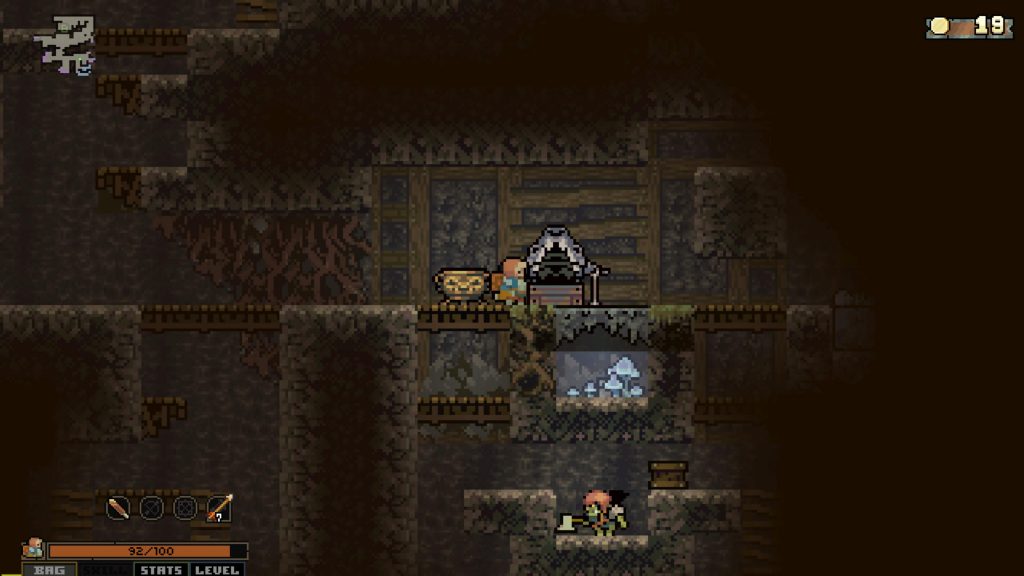 The key here is to place the item on a specific altar that will let you add a god level curse to the already afflicted item that will massively boost its stats. However, you’re entirely dependent on the RNG randomly spawning the respective altar. And if it doesn’t show, you’re shit out of luck. Your run will likely end in ignominious defeat. But never mind. You’ll soon be tapping

Talking of the altars, there’s a variety. They range from the genuinely useful like giving you immediate health replenishment and the aforementioned god tier curse on items. There’s also one that lets you swap a couple of spell tomes for a replacement that hopefully is more useful.

In addition, throughout the levels you’ll find support items in crates and barrels, typically scrolls to identify pickups. You see, until you equip or use an item, it’s attributes are unclear. Though if you’ve a stack of the same consumable type, once you’ve used one, the tooltip shows what it is until the rest are depleted. 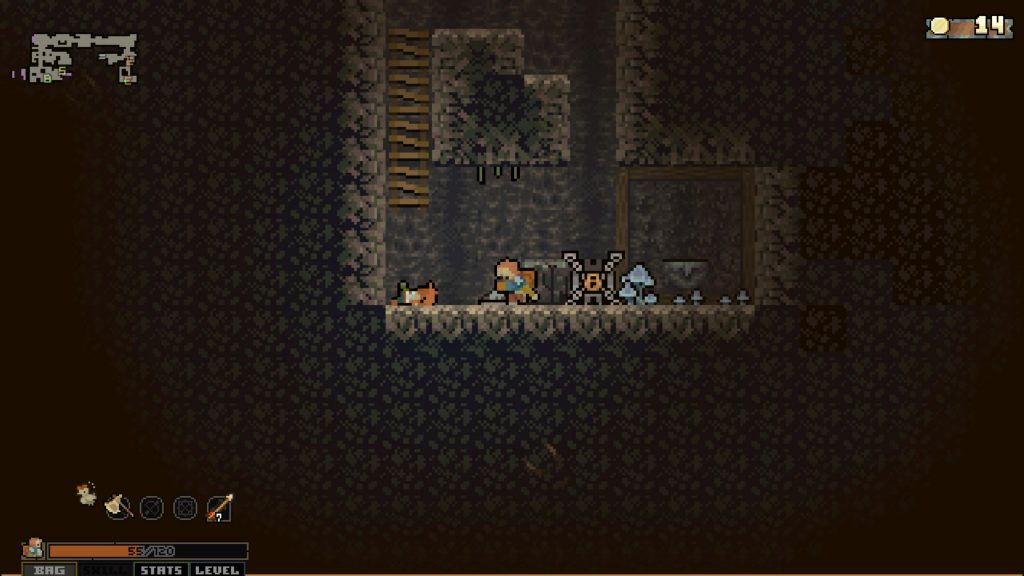 You can save at the transitory corridor between levels, which means you can resume after calling it on an attempt. Once you’ve reloaded there’s no cheaping out and being able to start that save again if you die cheaply. You merely begin the cycle once again.

As well as backgrounds for the characters to start with, there’s four distinct classes, three of which are available at the outset. Knight, rogue & mage. They all have their respective cookie-cutter strengths and while you’ll no doubt go with the knight at the outset due to his higher health and decent sword, you’ll do well to experiment with the different backgrounds for each.

The final class you’ll unlock is the houndmaster who can sic his beast on to enemies, though the hound isn’t quite as durable as you are. We get that the game is really designed to be played in co-op as the classes complement one another pretty well, but when it comes at the cost of making single player prohibitively hard, we question that wisdom. The difficulty should be scalable at least. 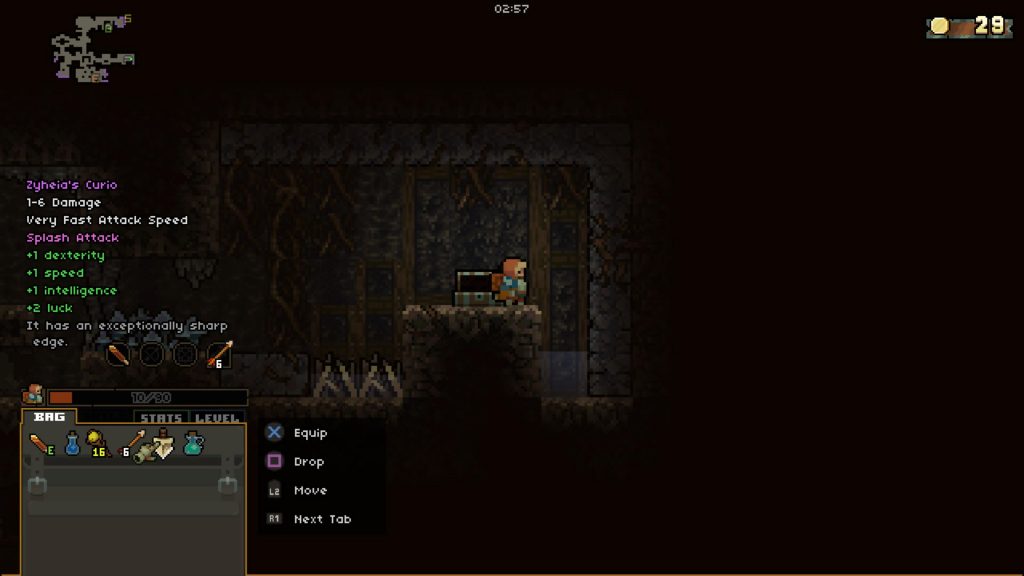 Multiplayer is possible in either a public or private match, though due to having a pre-release copy, we had to wait to try out this aspect ourselves. We hope our experience of joining a public match, only to be kicked by the host isn’t generally indicative of the community here. This would be the perfect game for Sony to release as a PS Plus monthly game in fact, if only to bolster the online playerbase. As it is, we expect we’ll be nagging our friends to pick this up to play alongside current favourites like Risk of Rain 2, lest Vagante be consigned to a game we play occasionally.

Unlike most games we review these days, Vagante is perfectly playable on our base PS4 aka the bedroom Netflix machine. Our ritual at the end of an evening has become to upload our save to the cloud in case we decide to reconvene upstairs. Though this becomes less essential once you’ve hit the level progression cap unless you intend to carry on with a specific saved attempt. The RNG can be a little churlish in terms of level design sometimes with some platforms being simply unreachable, the only choice being to quit out to the menu. One early example that we kept getting was a platform we couldn’t get to due to not having a dash function. 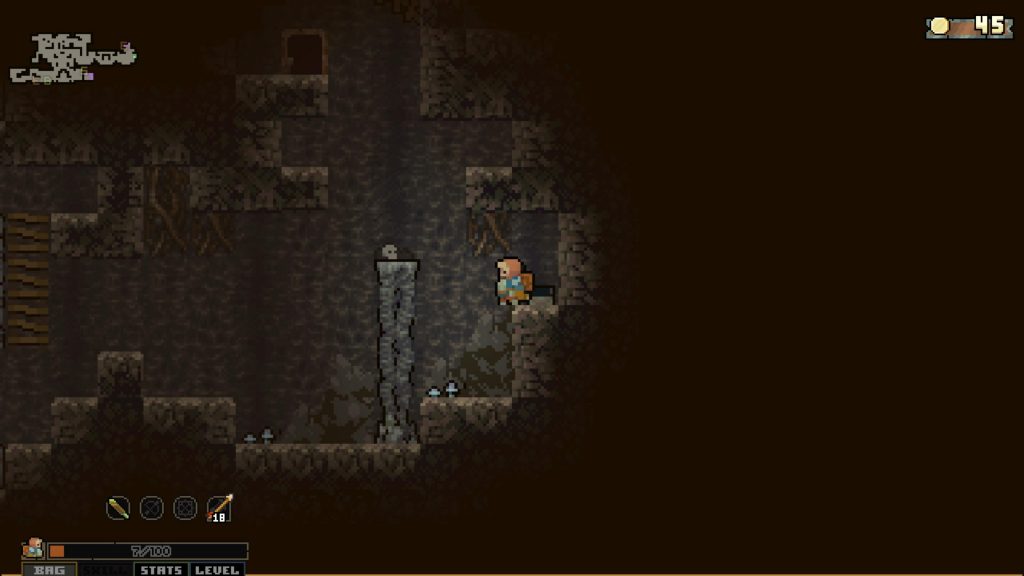 In conclusion, Vagante is a fine roguelike with a mean difficulty streak and a compulsive gameplay hook you’ll be compelled to try over and again. We get that it’s intended to be played in multiplayer, we merely hope that a decent online following is established as this is too good to fall by the wayside otherwise.

Vagante
8 Overall
Pros
+ So addictive, has *just one more go* nailed
+ The fact you can save mid-run is a good thing
+ Challenge is considerable
+ Plays well on a base model PS4

Cons
- Complementary classes can feel underpowered compared to the knight
- Very much weighted to be a multiplayer joint
- Challenge is so considerable that you’ll probably not see the latter stages solo
- Can feel like a hiding to nothing if RNG is cruel
Summary
Vagante is a fine roguelike that’ll kick your arse over and over. Yet you’ll want to keep on playing over and again. We sure did. The difficulty is perhaps a little harsh for a strictly singleplayer experience, this is definitely balanced to be played with friends.