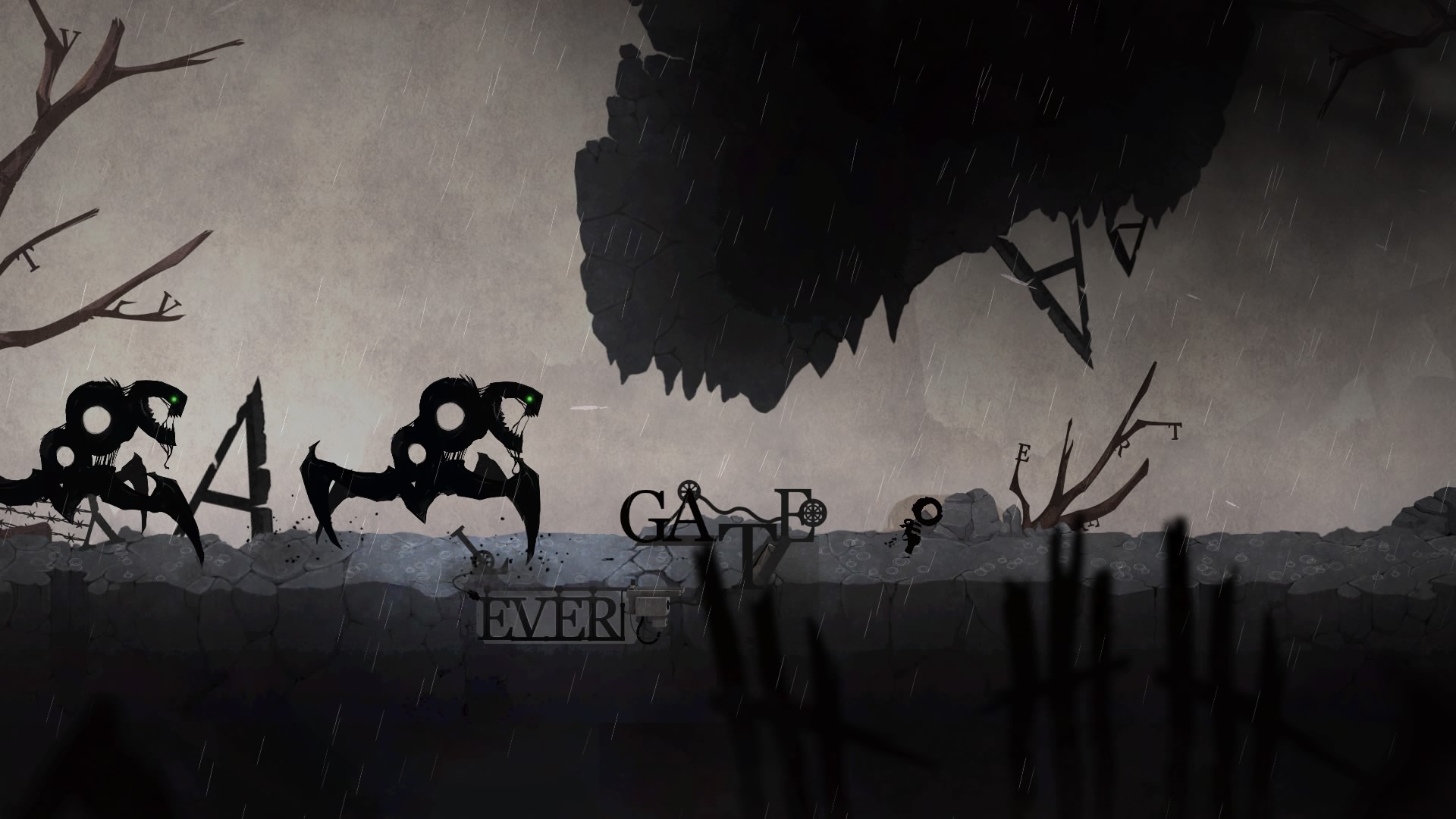 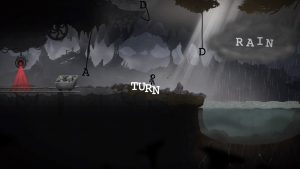 Typoman was originally a Wii U exclusive released in the later half of 2015, given that no one owned a Wii U this game may have slipped under your radar. This rejigged and revamped release on the PlayStation 4 is a chance for a wider audience to experience the game and see if it’s any good.

It’s hard to get away from the comparison to Limbo when looking at Typoman Revised, as both of these games are 2D platformers with a dash of puzzles and some high brow emotional content.    Both games allow you to control a silhouetted character running across a dark landscape and superficially at least look very similar.  What makes Typoman Revised stand out, for better and for worse, is the way the game uses words.

Typoman himself is a little guy created from the letters H E R O and he faces off against baddies based from the letters F E A R and H A T E.  As you can see this is a very literal game.  The levels are designed with words in mind as well, so you will stand on PLATFORMS and go up in ELEVATORS.  It’s a nice idea which gives the whole game a consistent and interesting theme.  Letters also feature heavily in the scenery and are a constant presence in the puzzles.  Overall Typoman Revised really has a strong style. 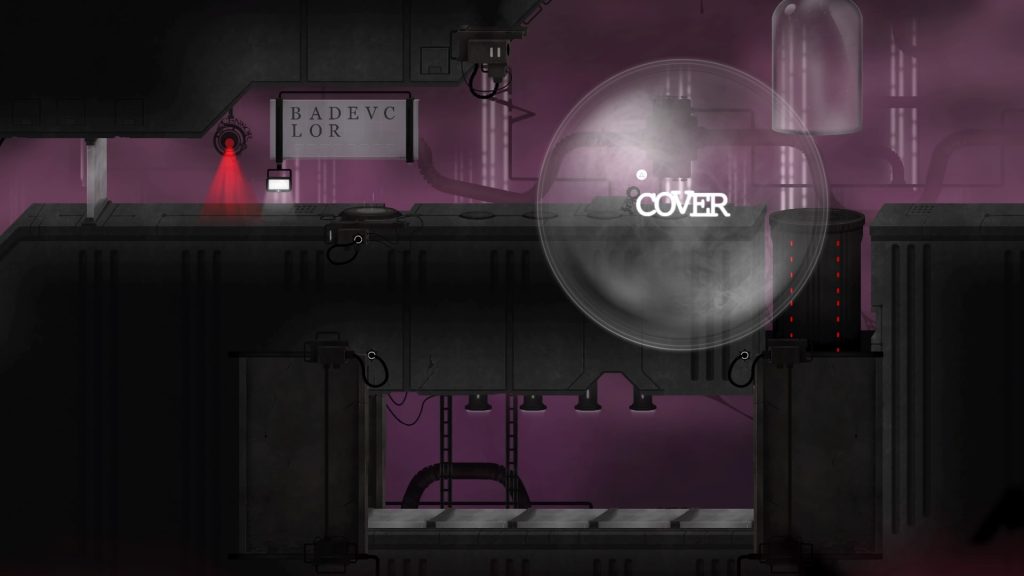 The puzzles themselves are basically a cross between anagrams and word searches.  At various intervals some letters will be presented to you and there will be an obstacle to overcome.  These obstacles include locked doors, bottomless gaps, poisonous gas and deep lakes.  The player has to rearrange the letters to make a word which will create a solution to the puzzle.  I personally love this idea, I thought it was great when I threw the letter S next to the word TRAP to STRAP it in place and let me pass.  There are lots of instances of clever word play here and it’s really great when it works however, and it’s a big however, sometimes things don’t work when they ought really to.

The puzzles in Typoman evolve from simple letter movements, putting an O next to an N to turn a switch ON into more head scratchingly difficult word searches.  The latter puzzles present you with a selection of pre set letters and asks for very specific words to progress.  It can all feel a bit too much like trial and error as you think for new synonyms for OPEN.  This need to get the exact word puts a stopper on the action and really gets in the way of the more enjoyable word play.  These word searches are very different to the earlier letter placement puzzles and aren’t anywhere near as enjoyable.  I feel that a wider choice for the correct answers would have helped the game immeasurably, or the developers could have dropped the whole word search aspect in favour of more simple letter and platforming play.  It somehow feels like the developers stumbled across a great idea for a game, but didn’t have the know how to fully realise it’s potential.

Typoman Revised is also a very short game maybe three hours in total, which needs to be considered here.  As the puzzles require very specific answers once you’ve completed the game there is very little reason to go back to it.  Outside of the main game there are a couple of other modes, which are straight up word puzzles.  The first asks you to create as many words as possible within a time limit and the other gives you some letters and asks that you create certain words.  Both use the little HERO and it is fun to run around the letters pushing them together to form words. 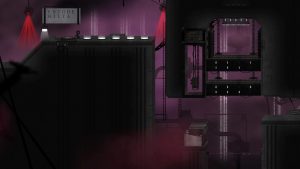 What we’ve got here then is a game that looks a bit like Limbo but isn’t as good.  However it does do some very different things and has a unique identity of it’s own.  The short running time means it never outstays it’s welcome, although it felt to me the puzzle ideas were never explored to the fullest.  Whilst you may write this off as another indie platformer about feelings there is much more to this game and it is an interesting, if flawed, gem.

Typoman Revised
7 Overall
Pros
+ There are some great word puzzles + The styling is great with bags of character + Platforming is fun, if a tad simple
Cons
- There are some very specific and really poor word creation puzzles - It can be completed in around three hours - It never truly lives up to its potential
Summary
Typoman is a game that looks a bit like Limbo but just isn't as good. It does do some very interesting things with word puzzles, but the short running time and the way the later puzzles tail off in quality stop this being a true gem.