Sports titles often get a lot of flack for making minor changes on a yearly basis. Cyanide Studio’s long-running Tour de France series often feels like stagnating under the pressures of an annual release schedule. Whilst tweaks and new features are mooted, I can’t help but feel this year is a case of deja vu. 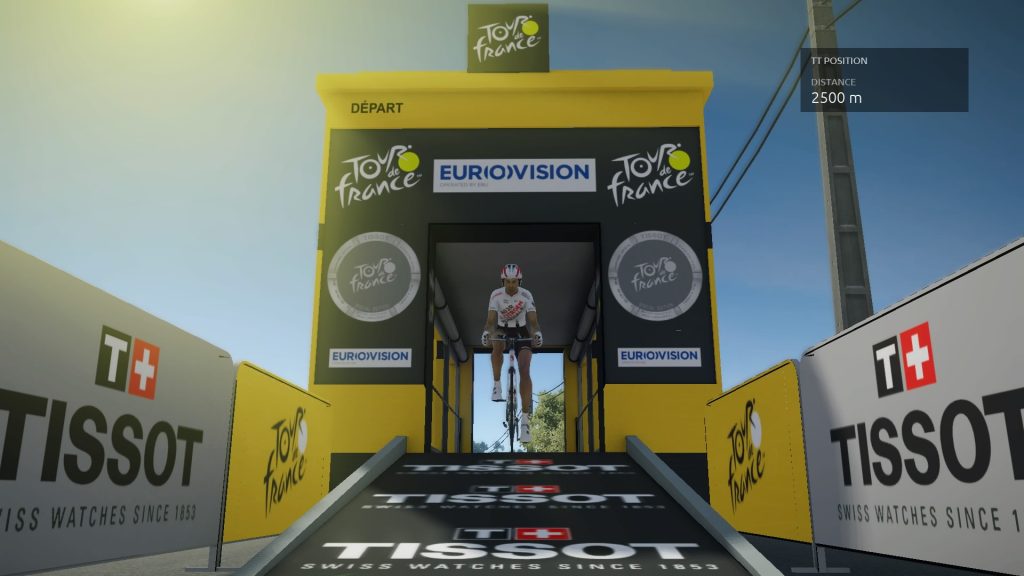 Tour de France 2021 is, as you’d expect, the official game of the 2021 tour. As such, you get the official 21 stages of June’s flagship cycle race. There’s thousands of kilometres on offer to ride which is impressive. The AIGCP license affords them some real brands and this time all the official teams of the tour are included Further brands are added like Lazer and Canyon which gives the game a touch more authenticity. The editor does allow you to tinker with team personnel, attributes and individual jerseys, although this still feels like a barebones effort.

Controls remain the same with pedalling and braking being controlled by the two triggers. From there, you have the shoulder buttons available to increase or decrease your rider’s effort and use square to follow another rider. Circle gives out team instructions which allow you to switch riders or instruct them to do specific things. The tactical element has always interested me about the series and it remains largely intact and untouched. You can order your team to chase down leaders, give the team leader more protection and generally use it to dictate the pace of your race. It’ll always be interesting and works as intended.

From this screen you can also advance time which thankfully doesn’t seem to put you at any disadvantage. The race overlays do also let you know if a key stage event is coming up like a mountain ascent or intermediate sprint. For those that don’t want to participate in a real-time stage, it’s a useful tool and can really slim the stage down to the parts that matter. 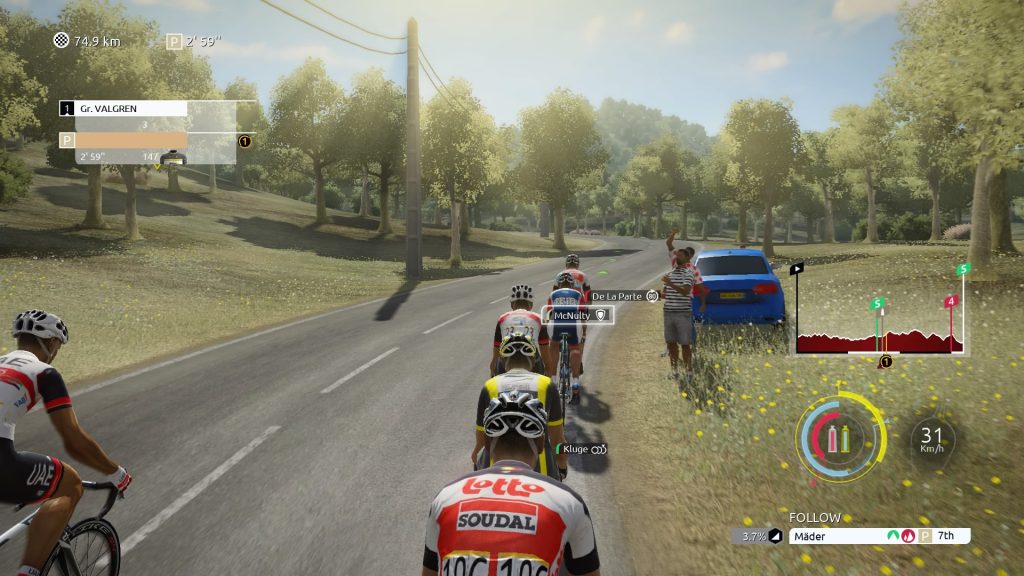 Whilst the controls look a little complicated on paper, it’s not too hard to settle into a rhythm. As usual, the game revolves around tactics and managing stamina. You have two meters to deal with. One is for your overall stamina which is effected by your effort. Pedalling reduces it but you can regain it on downhill sections or by slowly following other riders. Your red bar deals with how much you can attack. It’s usually diminished by pedalling hard for a breakaway or a sprint finish. You can top these two up with gels which can be deployed strategically in advance of a big climb or sprint. It’s not new for the series but it does retain the tactical elements the sport is known for.

Cyanide Studio have stressed they’ve improved the Peleton behaviour to allow rivals to race closer and keep the yellow jersey towards the front of pack. This works but I still find early breakaways will always happen. I haven’t really had any stages where the whole pack plays things a bit more cagey. Objectives before a stage have seen a revamp. You can now select them rather than having it assigned to you by default. It gives you a chance to manage expectations on your own terms.

Aside from the Tour de France, there’s plenty of other things for budding riders to engage with. Pro Leader and Pro Team modes return and the calendar is bolstered by plenty of races. Some of these are official like the Paris-Roubaix and Criterium du Dauphine. It brings a decent amount of authenticity with it but unofficial races also beef up the options. It brings the total of Tours to 11 which is a sizeable chunk to get into. 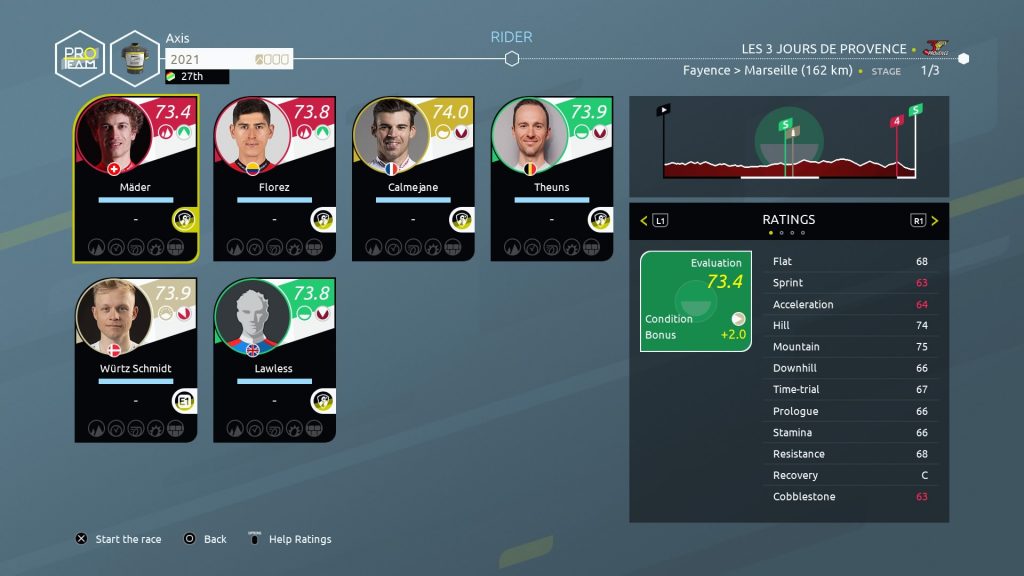 Pro Leader involves you with a rider’s career whilst the Pro Team mode gives you a chance to manage a team of riders. With the updated objectives and recovery system, this mode does see some changes for the better. In the latter you begin with a small budget and look to build your team by developing and purchasing better riders. As your team performance improves, your team size increases and you can seriously sink a lot of time into this.

Playing in real time does get you that marathon feel. Your team radio gives you plenty of feedback from what’s happening around you and how the race is going. It’s a shame you’ll hear those lines again and again. If you’ve played any recent Tour de France games, you’ll find a lot of the chatter familiar. It still doesn’t quite replicate the travelogue feel of a live broadcast but the route is littered with enthusiastic fans and some sights to see.

It’s a pity the engine hasn’t taken a step forward. Despite the licensing on offer, every rider carries the same model. Only the uniforms keep them apart and this is all in spite of most riders having portrait pictures in menus. The stars of the sport get really undersold by this approach. On top of that, there are still technical hiccups. Returning from a fast-forward can cause the engine to judder and it does tend to hitch in spots. 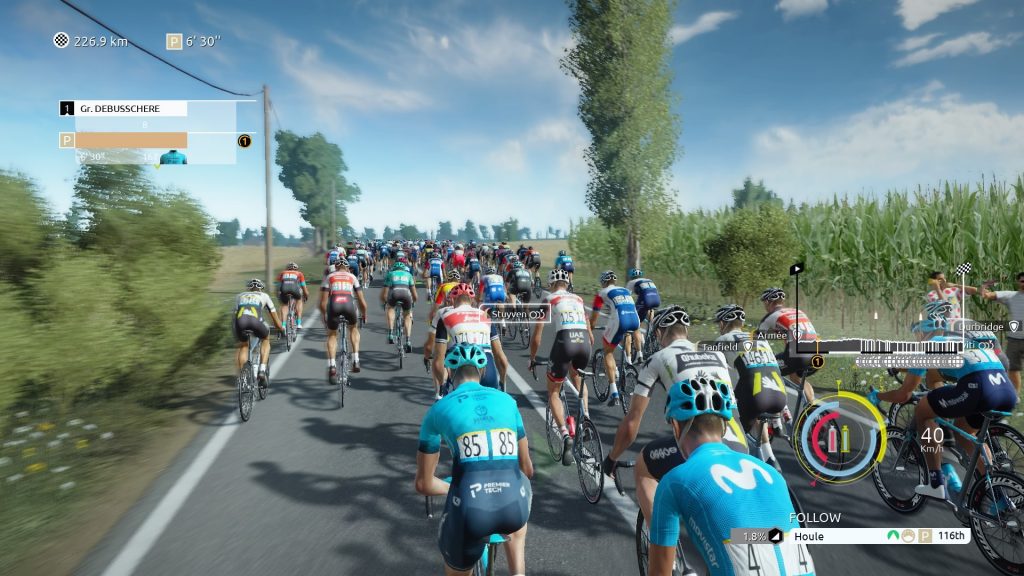 There’s a lot of riders on screen and whilst a full Peleton hurtling through villages is a great visual, there’s collision problems that do crop up. There’s also some unnecessary motion blur on all the riders which can look a little cheap. It’s been like this for years and it’s a real shame they haven’t taken strides to tighten the game engine up or at least sharpen the visuals.

That’s arguably Cyanide Studio’s biggest crime. For all the Tour de France games they release, they don’t change much in style and presentation. They run on the same engine with the same problems and, despite the licensing, it’s not used to really give the riders a sense of identity. For newcomers that want a cycling game, this is fine but veterans will be hard-pressed for anything in hand over the previous efforts.  There’s no big sea change and, whilst the tactical elements are well explored, the approach to really showcasing the locales of the tour feel lacklustre.

Tour de France 2021
5 Overall
Pros
+ All teams are represented.
+ There is a strong tactical backbone to the racing.
+ Plenty of races and modes to dig deep into.
+ The improvements, however slight, do improve the Peleton behaviour.
Cons
- Feels incredibly recycled and stagnant.
- Riders still carry identical models on track.
- The engine can sometimes struggle to keep up with what's on screen.
- Not a lot new here for veterans to really justify the purchase.
Summary
Tour de France 2021 feels so, so familiar. Whilst the upcoming 2021 tour is replicated in its entirety, there's little new here. Tweaked Peleton behaviours will improve your experience but it's an experience wrapped in the same tired engine. The license brings a lot with it but I'm still puzzled by a roster of identical riders that show a real lack of individuality. Fans will enjoy the mountain of content but it doesn't really feel fresh to me in any major way.