There was a time when the phrase indie game would immediately bring to mind Limbo  and as a result there was a rash of similar 2D puzzle platformers. Nowadays though what is more immediately brought to mind are pixel art looking rogue likes. It therefore  feels oddly refreshing, in a throwback kind of way, to be playing Toby: The Secret Mine as this is what indie games used to look like. 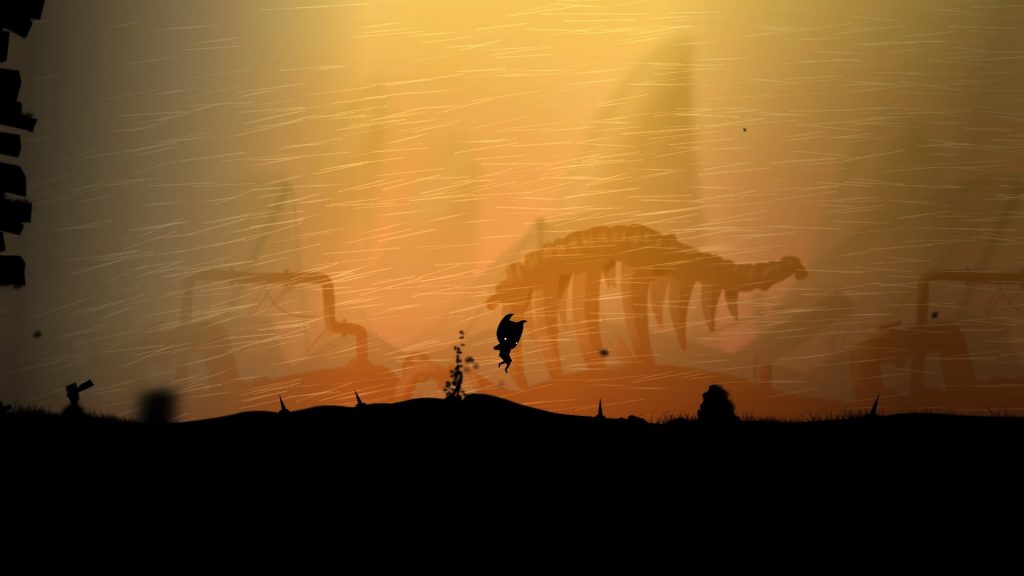 Very simplistic in premise Toby: The Secret Mine is a 2D platforming game with puzzles and a non-verbalised story.  Emphasis is placed on the art style and the tone of the game to tell the tale and from the start you’re thrust into the game with barely a title card. The story works well here as a simple chase tale, you take control of the titular Toby and set off rescuing your mates and chasing an oddly familiar, character with red eyes. Throughout the levels, 21 in total, you’ll keep coming across the red eyed chap as he always manages to stay one step ahead of you. Whilst the story never truly grabbed me, the simple chase dynamic worked to keep the tension up and urge me on my way.

Whilst Toby: The Secret Mine takes significant leads from Limbo it does enough to stand out in it’s own right. Whilst it uses that same black silhouette style to represent the scenery, there is a significantly wider use of colour throughout the game.  The backgrounds tell the tale of a journey across deserts and mountains with splashes of bright colours used throughout, it all looks very nice and really crisp. The overall style of the game is minimalist, from the menu at the start through to the lack of any detailed pause screen, and is a style which captures the tone of the game really well and is visually striking.

Mechanically you’re tasked with solving simple environmental puzzles to progress, things that see you pushing boxes or timing jumps.  The puzzles themselves are all simple affairs but many of them suffer from a lack of clear signposting.  As the game uses black silhouettes to show the foreground there is little to indicate when you can effectively jump behind the foreground.  For example you may be able to see the switch you need to press but unable to reach it without a box, you’ll know you need a box to push but this will be hidden as part of the foreground or hidden in a tunnel.  Effectively this black box will be hidden in the black foreground and won’t be visible. Whilst this kind of hidden in plain sight puzzle occurs a lot, they never truly ruin the game and just end up being a little frustrating. You’ll be walking into plenty of walls to make sure you’re not missing anything. 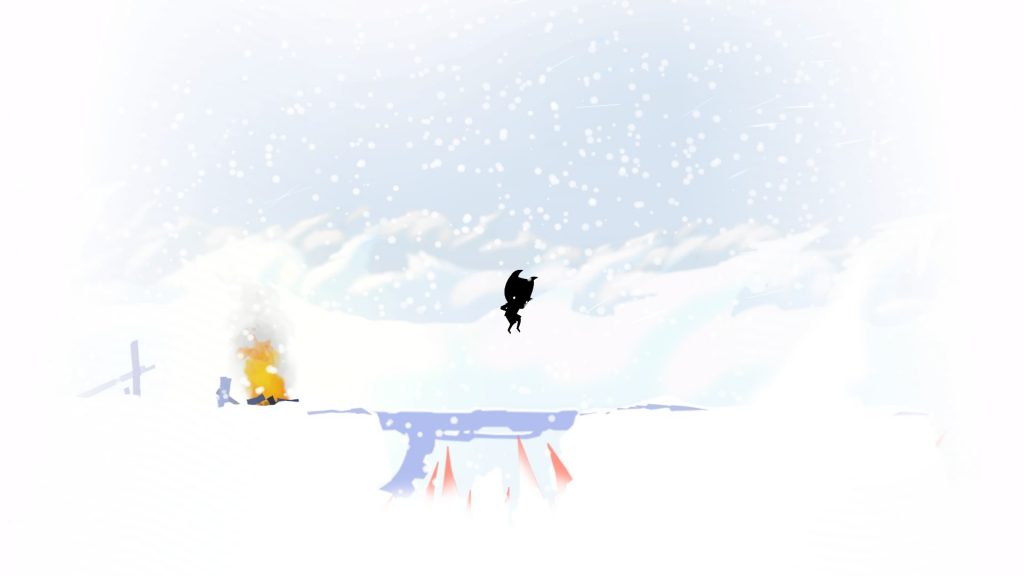 Alongside these environmental puzzles there are also less frequent logic style puzzles which gate progress.  These puzzles see you selecting symbols from a wheel, or choosing gems from a list, and I found them to be less successful than the environmental style.  These puzzles halt your progress and bring up a new window with the task to be completed, they also feel somehow at odds with the style of the game as they are often abstract tasks which bear no relevance to your in game location. I was also unable to see any kind of logical way to complete these other than through a series of trial and error attempts as there was no clear hints.  If anything these puzzles reminded me of the ones you’d find in the hidden object games.  I’m not wholly convinced they work well in this games setting.

Although the puzzles could have been implemented more successfully the rest of the game here is pretty enjoyable.  The controls are tight and the platforming is fun and just the right side of tricky.  Each new set of levels also brings with it little changes to mix up the platforming slightly too, which is a welcome variation. Given the simplistic black palette your little character has a personality which comes through strongly as well, the small noises he makes and the brutal deaths he encounters manage to add meat to the design in a really successful way. 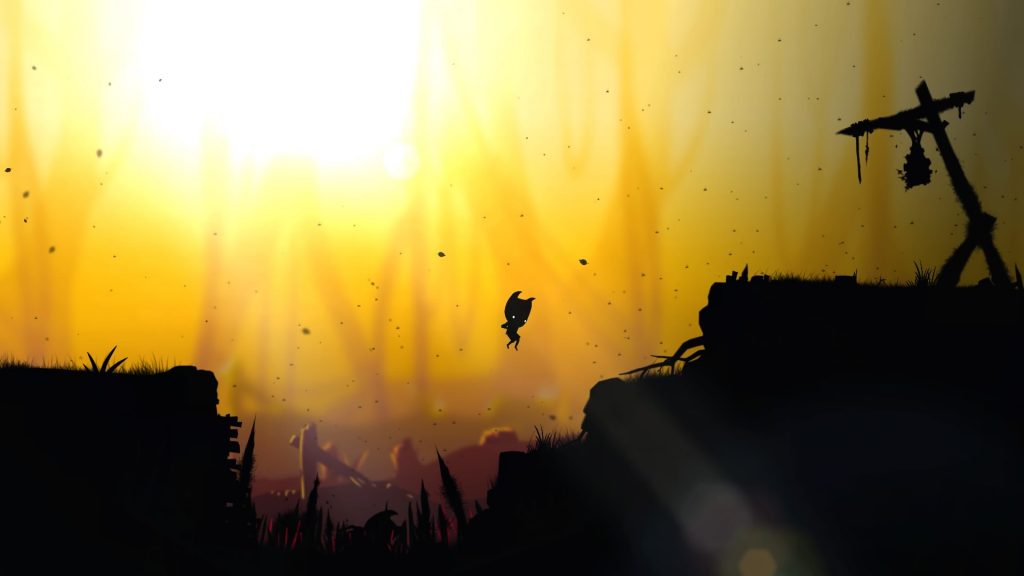 Toby: The Secret Mine isn’t a massive game, it clocks in around 2 hours, but again this is in keeping with what we’ve come to expect from these kind of games.  In a way the short running time works to the games benefit and it stops the action getting stale. There is limited replayability here, as once the tale has been told you sort of know the twist, but you can go back for collectibles if you like.  I’ve enjoyed my time here and it made a pleasant change to play an indie game which wasn’t a rogue-like.  This is an easy game to recommend and one which is easy to enjoy, the only thing stopping this scoring higher is the weak puzzle elements.

Toby: The Secret Mine
7 Overall
Pros
+ Nice clear art style
+ The platforming sections work well with tight controls
+ Nice variety in level design
Cons
- The puzzles rely too much on trial and error
- Short running time and limited replayability
- The story never really grabbed me
Summary
Whilst Toby: The Secret Mine takes significant leads from Limbo it does enough to stand out in it’s own right. The platforming is enjoyable and tight but the trial and error puzzles stop this from scoring higher.