From developer and publisher rBorn Games comes The Five Covens. Created by final year university students and promoted under the Spanish PlayStation Talents banner, this is from the 2020 Games Camp haul.

First off, things don’t start too well as the default language is Spanish when you first load up the game. Thankfully the menus are straightforward, and you can change your language easily enough. It soon becomes apparent that we’re in amateur hour here. 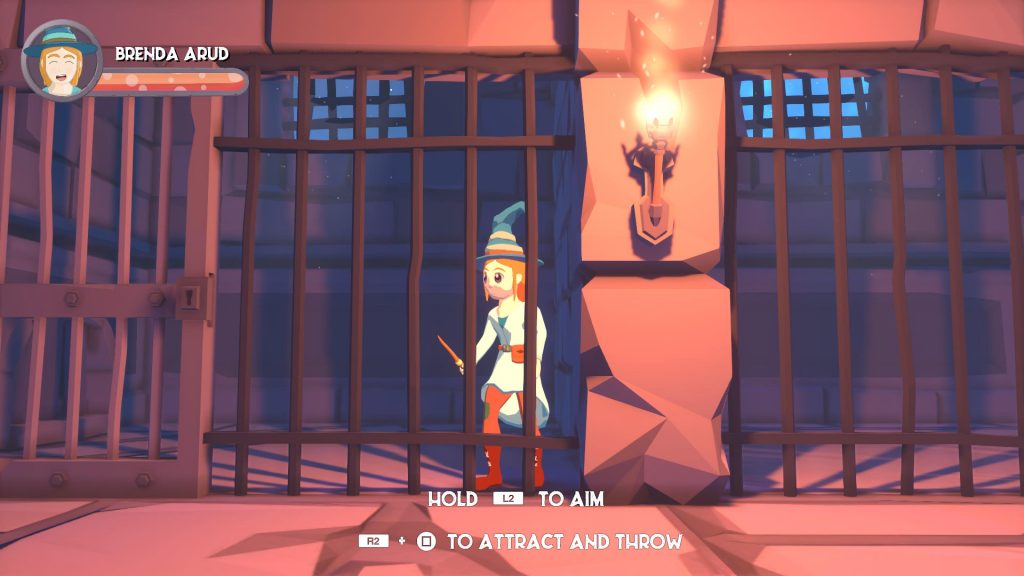 There’s a plot here, but it’s threadbare. The Kenot coven has invited your character Brenda the witch from the Arud coven to make the five-year assembly. Right. It might’ve made sense in the original Spanish but comes over as a dodgy Google translate job in English.

Practically, what you have in The Five Covens is a Unity-based platformer with a little physics-based magic thrown in. Sadly, it’s a shonky affair with Brenda’s jumping and movement akin to a baby giraffe on an ice rink. 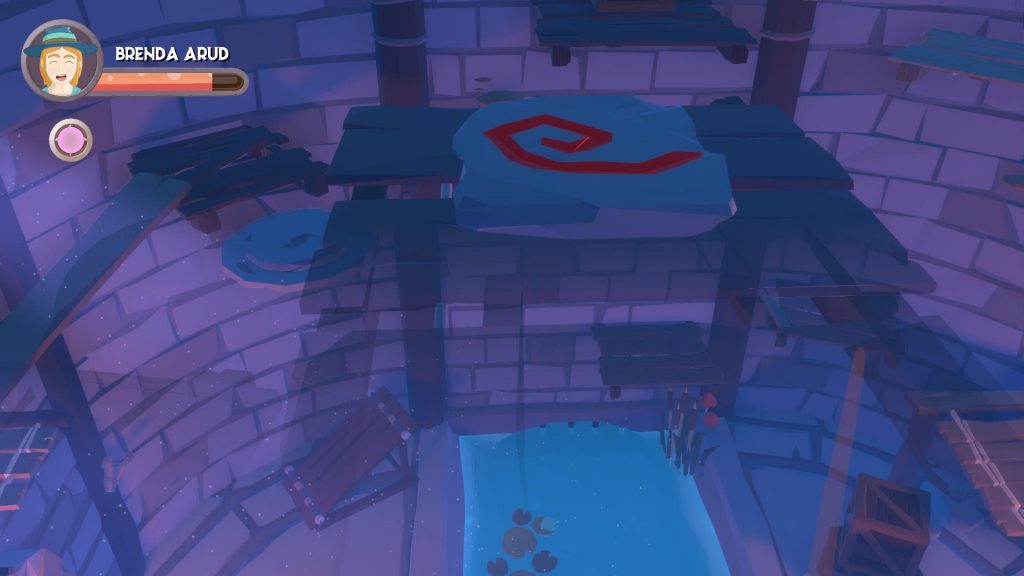 Combined with the fact you incur fall damage from even the smallest drop and the wayward movement, it makes for a very frustrating affair. Additionally, there’s even a trophy for finishing the game without dying or taking a hit. The wayward camera and twitchy controls make this pretty much impossible for all but the most determined masochists.

Across the eight mercifully brief levels, you’ll find your patience and will to continue sorely tested. New mechanics are introduced with perfunctory information, you’re pretty much expected to just get on with it. The time freeze mechanic isn’t introduced until the fifth level, but the moving platforms in the first level proper could well have used the mechanic to give you a fighting chance of not dying repeatedly. 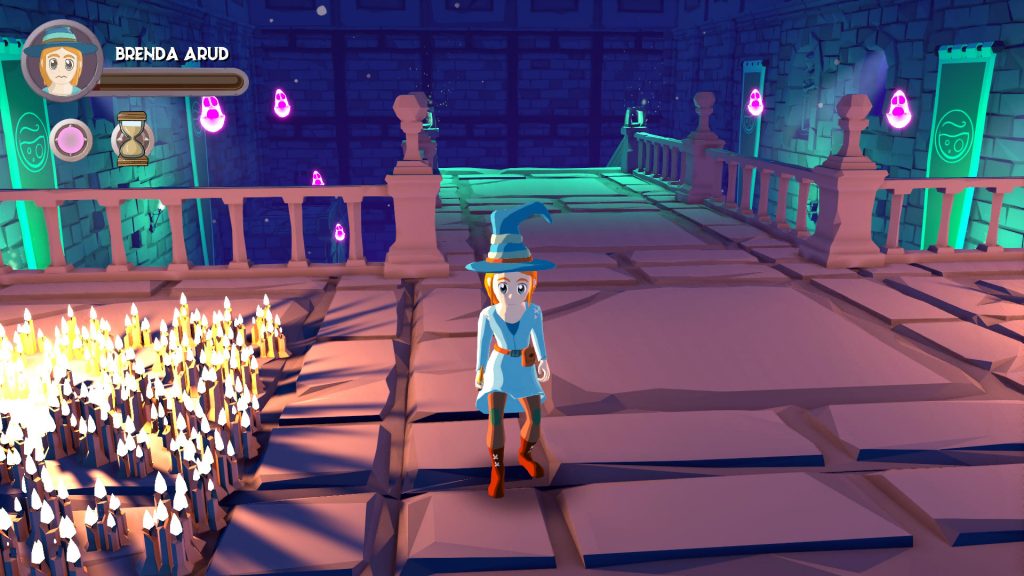 It’s a common problem in The Five Covens. You’re barely introduced to mechanics. You can pick up boxes and propel them towards enemies to kill them. Nope, barely told about it. You can use your shield to repel enemies. Hell, you might even be able to avoid fall damage if you deploy it quick enough. But you’re simply not told.

The devs attempt to fill out the lore by way of scrolls in transitory corridors, but we didn’t care enough to pick them up, let alone read them. This reviewer’s seven-year old kid could probably come up with a more cohesive plot from what we’ve seen. If we ever bother to go back and mop up the remaining trophies we might, but probably not. 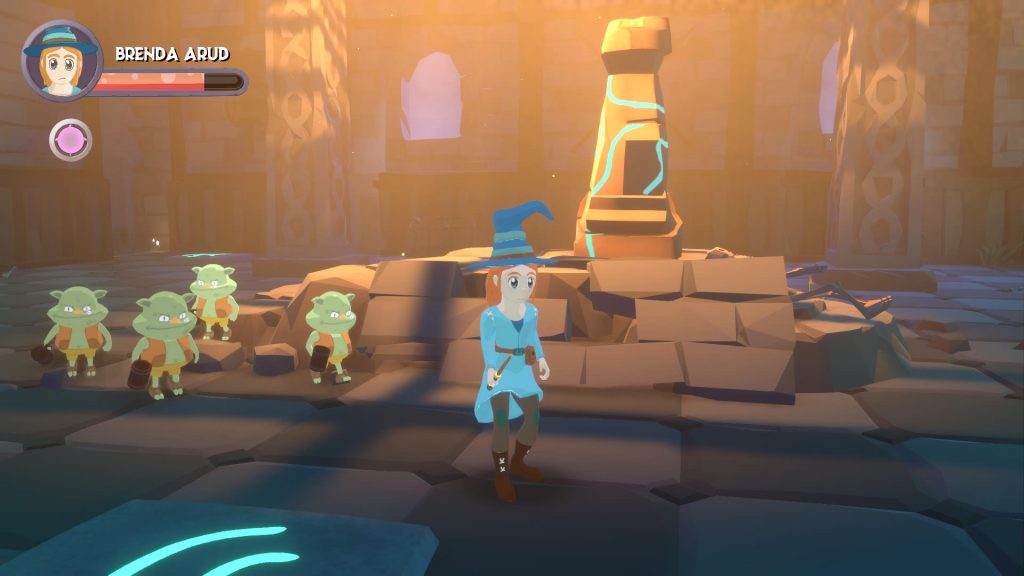 Talking of trophies, there’s no level select on offer. The only way to revisit a level and meet a specific goal for a trophy is to replay all the way though the prior levels. This is not a rewarding experience by any standards. Even regular purveyors of easy trophy hauls Ratalaika have better QC than this.

We’ve mentioned the shocking camera. It’s particularly bad when you’re up high and you can’t see the platform you’re stood on. Heck, look at this mess of a screenshot. Combine that with the iffy controls and the fall damage and you have a recipe for disaster. 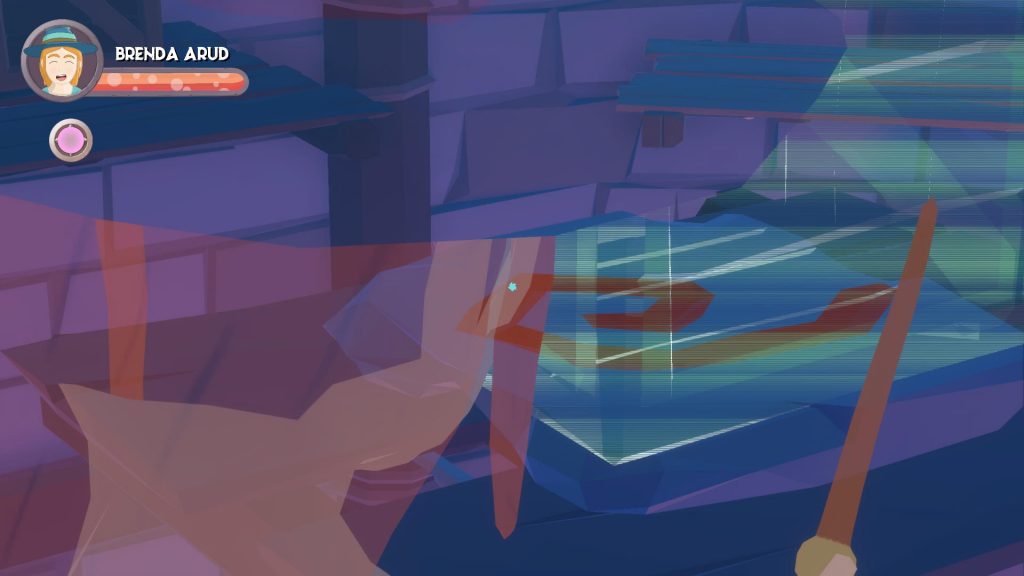 In conclusion, The Five Covens is a student project that would be too expensive at €5.99/£4.99, rather than the frankly laughable €12.99/£9.99 it’s actually up on the PSN store for. We played it so you don’t have to. We’d recommend you’d spend your cash on a £10 PSN credit and get something in the sale instead. Us, we’re off to buy two bottles of red wine with our tenner and try to drink away the bad taste this has left. We’ll take a headache tomorrow instead, ta.

The Five Covens
2 Overall
Pros
+ It’s short we guess
+ Menu is easy to find and change the language to English from default Spanish
+ We’re honestly struggling here
Cons
- Awful camera
- Awful controls
- Barely introduced mechanics
- Too expensive by far
Summary
The Five Covens is a student project that would be too expensive if it was priced at a fiver rather than the frankly laughable £10 it’s actually up on the PSN store for. Bad controls, bad camera, bad mechanics. Bad. We played it so you don’t have to. Spend your money on something else.