It’s hard to think of a fanbase that has had it rougher than those of us who like Terminator.  With Salvation, Genisys and Dark Fate all disappointing in their own ways, it’s been a series that we’d quite happily leave in past.  But there have been some brief moments where it isn’t all terrible.  The Sarah Chronicles had a few good episodes (and one of the more interesting Terminators in Cromartie) but even then the fans were let down by an early cancellation and a dickhead writer who told us the ending was whatever we wanted it to be.

However, 2019’s Terminator: Resistance was quite a nice surprise.  This PS4 game was very much in the double-A category but it proved to be a half decent effort that didn’t offend Terminator fans.  Kind of the equivalent of Terminator 3 if we’re putting it film terms. 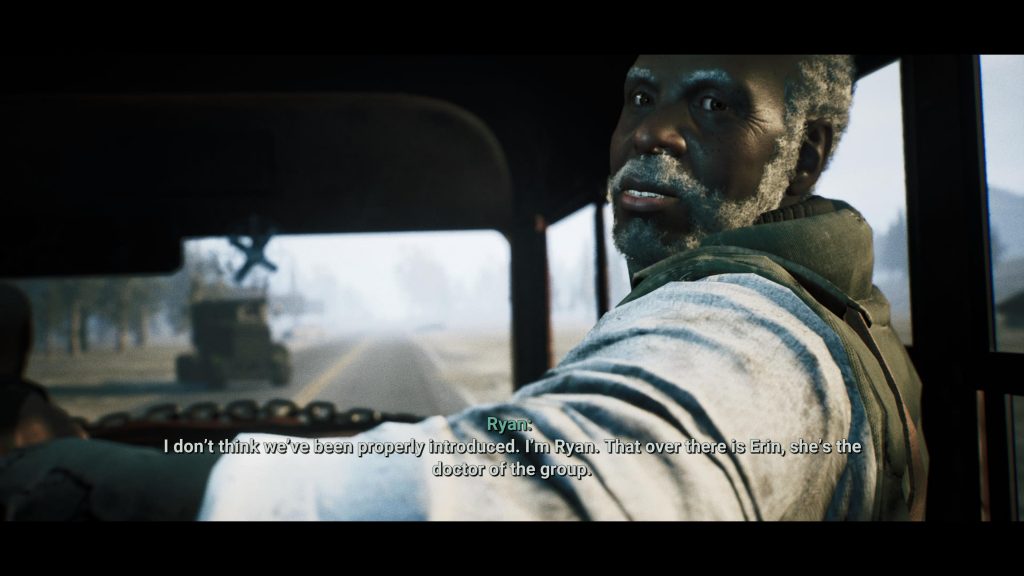 We reviewed it and quite liked it.  Fellow writer Grizz gave it a 6/10 and I picked it up myself in the PSN sales some time later.  We both agree that it’s not the greatest game ever but it does quite a few things that we like and it never sucked.  Honestly, as a Terminator fan that is as good as it gets these days.

Well now Teyon, the Polish dev team, and Reef Entertainment have decided to give Terminator: Resistance a new lease of life on the PS5 and this brings two main components.  First up is a sprucing up of the game itself, upping the resolution a little (allegedly) and locking it to a solid 60 frames-per-second.  The main news though is the new Infiltrator Mode DLC.  More on that later.

Playing Resistance a year or so later is a comforting experience.  We review so many games here at PlayStation Country, that it can be hard to remember the details of them and so it was nice to relive this one, especially as we still have memories of the fucking risible Dark Fate that we’d like to bleach out of our skulls.   For those of you that never dabbled with Resistance on the PS4 though, let’s have a recap. 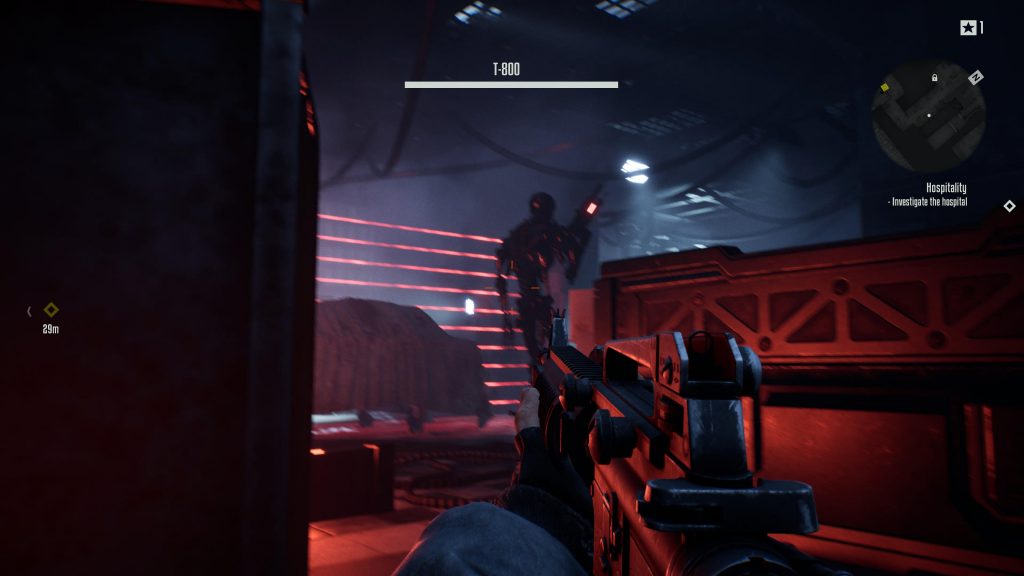 The game serves as a weird in-the-future prequel to everything we know about the original Terminator movie.  It’s set before they gate crash Skynet’s time travel party and focuses on Private Jacob Rivers, a Resistance soldier who needs to track down what’s left of humanity’s last force against the machines because he knows something they don’t.  He knows that the Terminators now have the ability to look like people.  He needs to track down the local resistance commander and then help them battle against the Extermination Line, a literally line of Terminators who are methodically wiping out humanity pretty much using map coordinates.

Along the way you (playing as Jacob naturally) have to follow the main story missions while doing a little bit of RPG-esque busy work by talking to people and carrying out side quests for them.  As you go along you form relationships with people and learn a little bit more about your purpose.  This is important because apparently Skynet wants you dead.

As you go along your way you get to upgrade your skills and find new tech that you can use against Skynet and it’s new range of T-800s and their variants.  It all feels comfortingly double-A in a kind of inoffensive Bethesda kind of a way.  Much like Fallout, you’re scutting around in a destroyed downtown area but thankfully this is a lot more focused and a lot less about looking in bins for forks or whatever.  Sure, there is trading (for ammo and other supplies) but it’s not a big part of the game.  Likewise, while the game is pretty linear, it does give you a bit of freedom within each area to tackle missions, and side missions, in your chosen order. 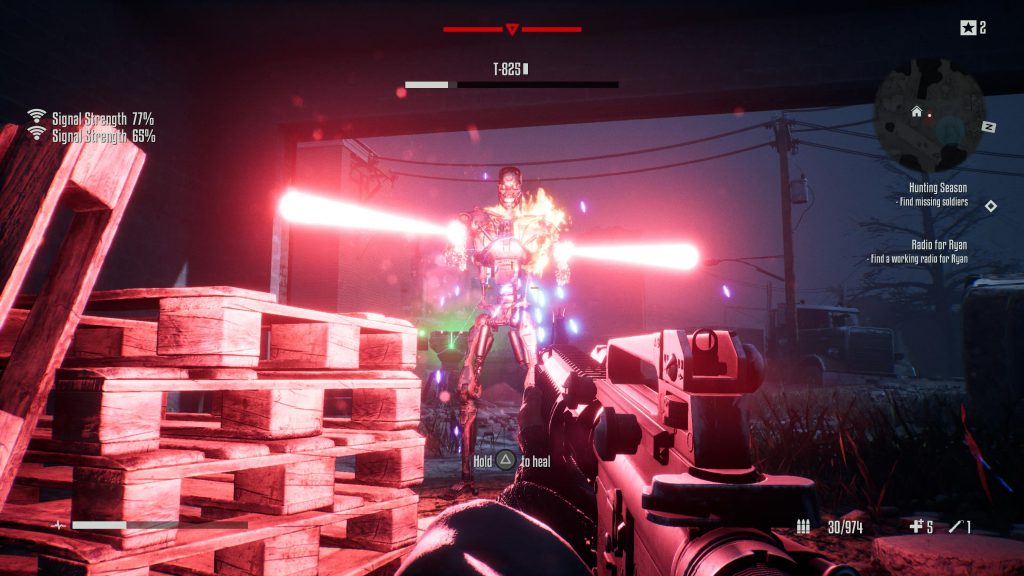 Having just finished the game (for the second time, but the first on this format), I’m feeling pretty good about the experience.  It’s not perfect but if we’re concentrating on the good stuff, there’s good action here, some decent set-pieces, interesting relationships (with some characters giving a bit of perspective on Judgement Day) and it really works as a prequel.  Without having Kyle Reese in it, this is the story of his people, the story he tells Sarah in the first film.  Think of it as Terminator’s version of Rogue One.  Much like that, Resistance‘s first half is a little slow though and for a while it feels like a side story but nothing impactful on the main Terminator canon.  It ramps up towards the end though and by the end it really does serve its purpose as a prequel.

Is it a great game?  Well, no.  It’s a pretty average one.  It has an Xbox 360 kind of feel to it.  This is what games used to be like.  But that said, if you’ve been bouncing off of Returnal‘s tough exterior or are bored of all these open-world games, then you might find Resistance to be a refreshing experience.  I did for sure but that is definitely helped by the fact that I’m a huge fan of the first film.  The story here is a big part of the experience and we couldn’t help appreciate it’s pre-internet storytelling style.  Skynet is still a central core here, not a network, not an app, not a Switch Pro exclusive.  It works on the basis that everything stopped in 1997 and that makes stuff so much easier to write for them. 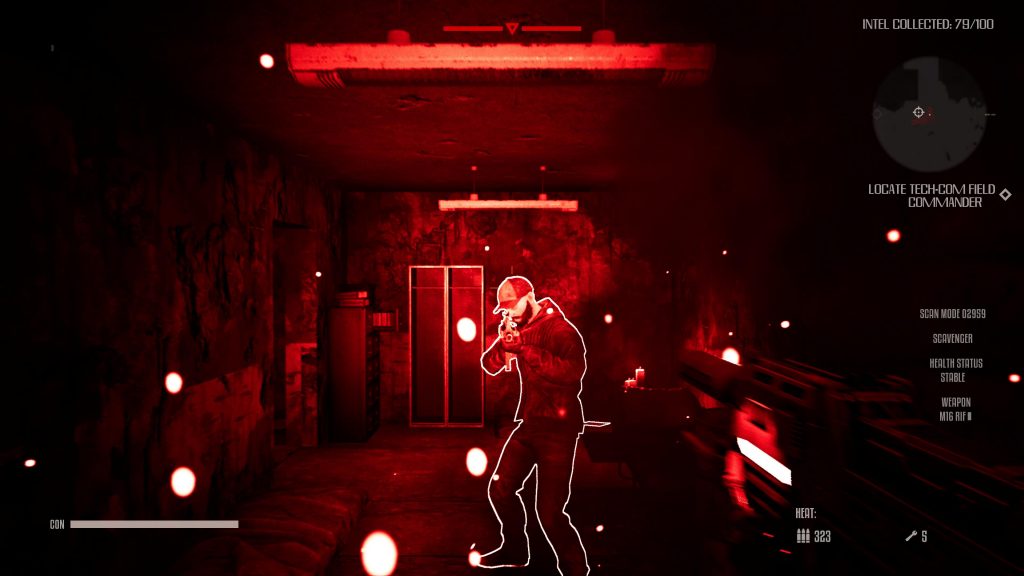 That said, it could have gone further.  Imagine what they could have shown us if they had the rights to use Arnie’s likeness?  Or Franco Columbu’s?  Or Michael Biehn’s?  Instead we waste the first few hours playing as Chad Protagonist as he pisses about with a ragtag bunch of survivors.  But if the game starts off feeling like Terminator: Salvation it ends up feeling like Terminator with the satisfying ending of a T3.

The other new aspect to the game is the new Infiltrator DLC.  This mode sees you playing as a T-800 and is a new mission where you take on the resistance for a specific reason that is revealed at the end.  We were pretty excited to try it but an hour later we were sat there feeling completely nonplussed by it all.  This mode re-uses parts of the map from the main game and has you checking out points of interest which in turn lead to more points of interest.  Each one is a patrol or a base.  So you turn up, kill them and move on.

The problem is that it all feels very random.  You can visit a place on the map with nothing there and then a little later the game will suddenly tell you there’s a base there.  It feels entirely random.  But you do get to play with old-school red screen Terminator-vision turned on and it’s quite empowering taking out the patrols.  You’re not as strong as you’d expect a T-800 to be but we finished it one go without any difficulty. 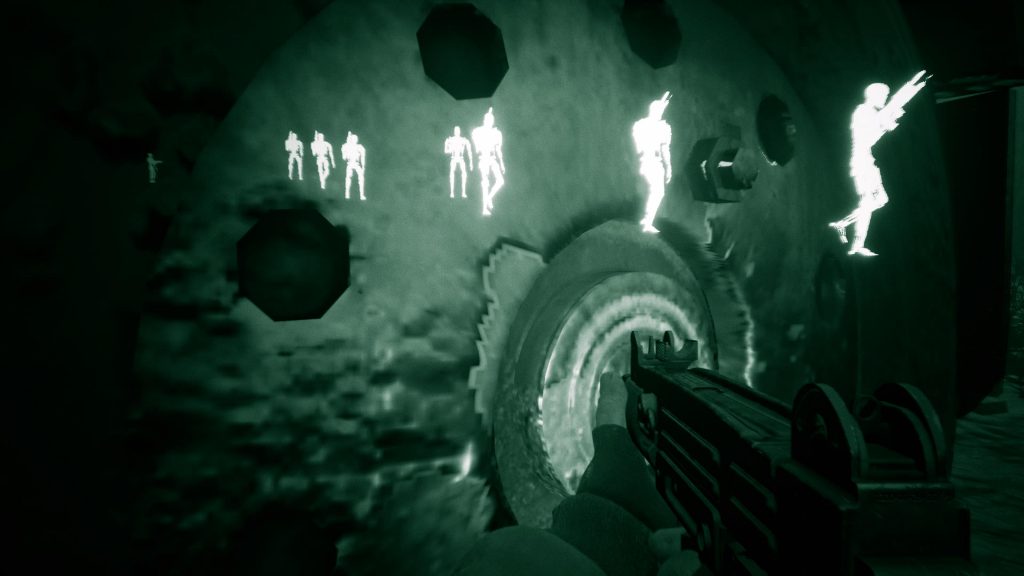 It all feels very throwaway and it doesn’t take much imagination to see how this mode could have been great.  If you were a Terminator stepping off the production line and taking on a huge challenge in a rogue-like fashion, the game could keep smacking you down and having you restart as a new Terminator.  Throw in some sweet upgrading and who knows, maybe you could end up being a T-1000 or T-X.  Or what if the game made use of your infiltration abilities, compromising them as you took damage?  What if we saw more about what makes Skynet tick?

But no, this was a big missed opportunity.  There’s talk of more DLC though and we hope that Teyon can step things up for the next one.

In terms of the PS5 upgrade, this isn’t going to turn heads.  Resistance was always a pretty average looking game and we couldn’t really see where that extra PS5 processing power has gone beyond the smooth framerate.  There’s a lot of lighting in the game and to be honest we found it intrusive at times, as if the HDR was a bit out of control.  Also, you don’t cast a shadow and so this makes the lighting seem very un-dynamic at times.  But, it’s not an ugly game and when the lasers are flying past your head the game is definitely doing a good job of putting you in the action. 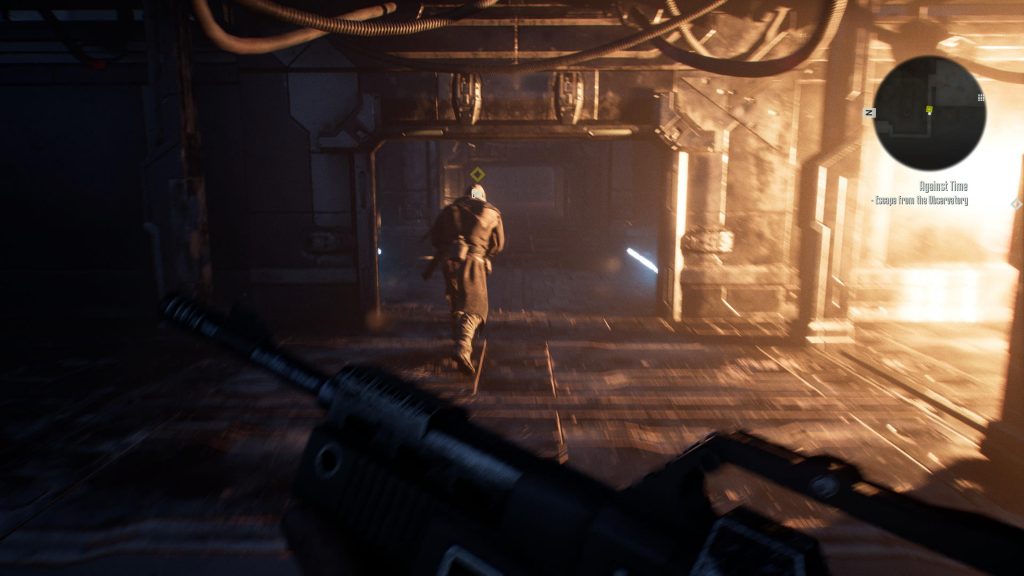 The sound is pretty good with a lot of the familiar music from the films getting reused to good effect.  The voice acting and sound effects do a good enough job also but we did experience a bug where a lot of the dialogue became affected by a weird echo effect.  And speaking of bugs, a couple of trophies are bugged at the time of writing (a sadly common thing with games these days).

But overall, personally speaking, I’m happy to up our previous score and so a seven feels fair enough.  Lose several points if you’re not a Terminator fan for sure and don’t expect this to feel like an actual PS5 game but if you want a bit of fan service and a slow but satisfying backstory to the first film, this is easy to recommend.  Especially when it next ends up in a PSN sale.

Terminator: Resistance
7 Overall
Pros
+ Solid combat throughout
+ Good weapons and upgrades
+ We enjoyed the semi-linear progression
+ Works well as a Terminator prequel
+ Feels faithful to the future scenes from T1 and T2
Cons
- Takes a while to get interesting
- PS5 upgrades aren't too impressive
- Infiltrator DLC is very weak
- Fairly average presentation
Summary
Terminator: Resistance was a fairly average PS4 game that did enough with the license to appeal to us as fans. Playing through it again in 2021 has been enjoyable enough though and its old-school level design is actually pretty refreshing in this era of open-world titles. It's just a shame that the PS5 facelift and new DLC didn't add anything to the experience but if you want a reason to replay the game, this is it.