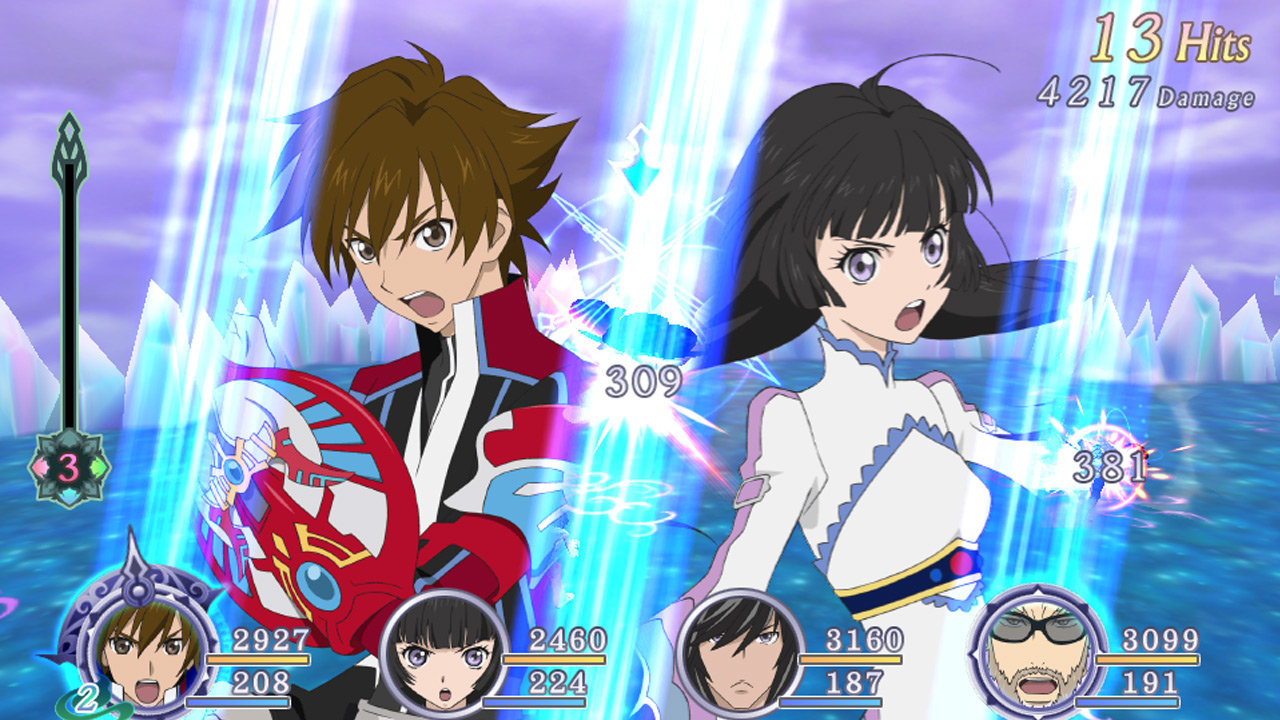 Tales of Hearts R is a remake of a Japanese only Nintendo DS game with updated graphics, mechanics and just more content all round. There are quite a few Tales games around these days so if you’re a fan of those and you own a Vita, just go out and buy it. It certainly seems on par with others in the series that I’ve played and if you’ve never played a Tales game before but are interested, read on. 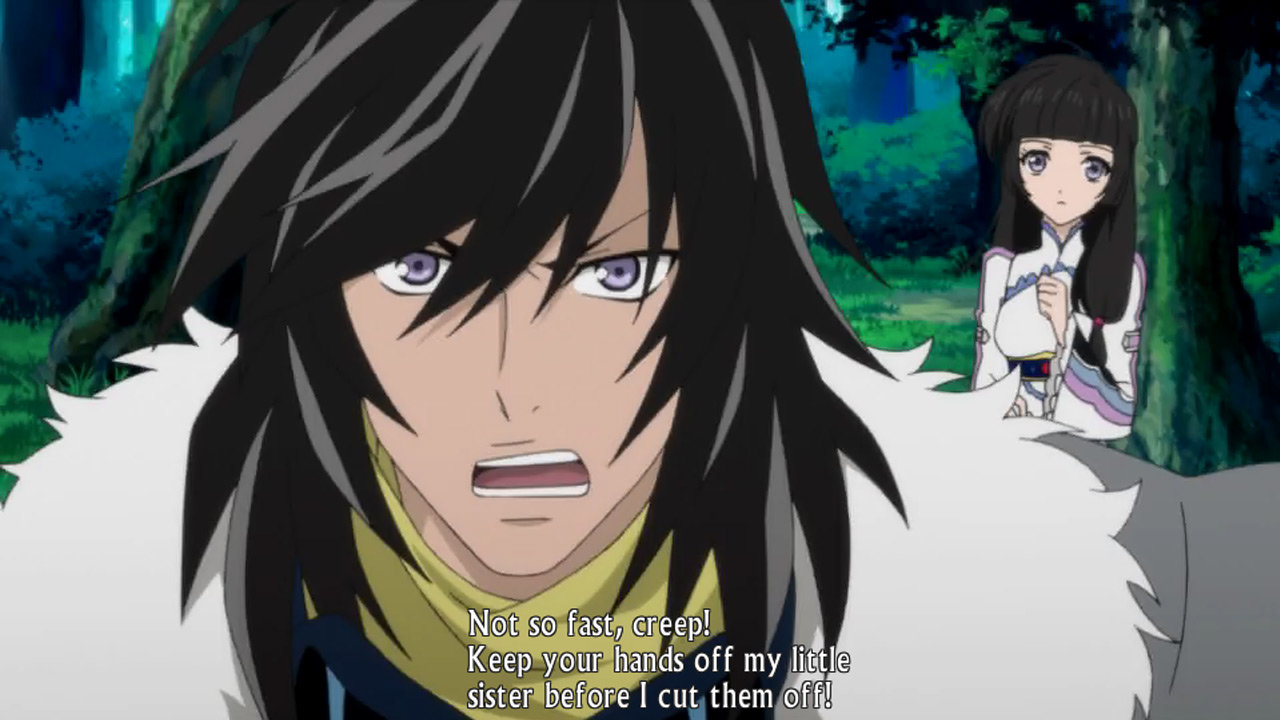 Tales of Hearts R tells the story of Kor Meteor, a young man from a small village who at the beginning of the game gains a soma thanks to training from his grandfather. A soma is a special weapon that only people with particularly strong Spirias (like a soul) can use, which can change form and become stronger depending on who’s using it. Shortly after he meets Kohaku and her brother Hisui who are searching for somas of their own. Things happen and they set out on a journey as you’d expect from a JRPG, meeting other friends and foes along the way. The story is actually fairly decent and even if it’s not incredible, the amount of dialogue between all the characters really fleshes them out and you start to enjoy their company.

Unfortunately for those who dislike reading, although a lot of the dialogue is voice acted, it’s all in Japanese. It’s understandable that such a cost cutting measure would be taken for a JRPG on the PS Vita but if that bothers you then you’ve been warned. Other than that the rest of the presentation is excellent, exactly what I’d expect from playing Tales games on the PS3 and 360. Graphics are very good with anime inspired character models and colourful locales. All cutscenes are properly acted by the character models which is nice to see after some other JRPGs I’ve played recently and there are even some fully animated anime cutscenes here and there. Some are only 4:3 leaving black borders either side (brought over from the DS no doubt) but some are full screen and they’re very well done. 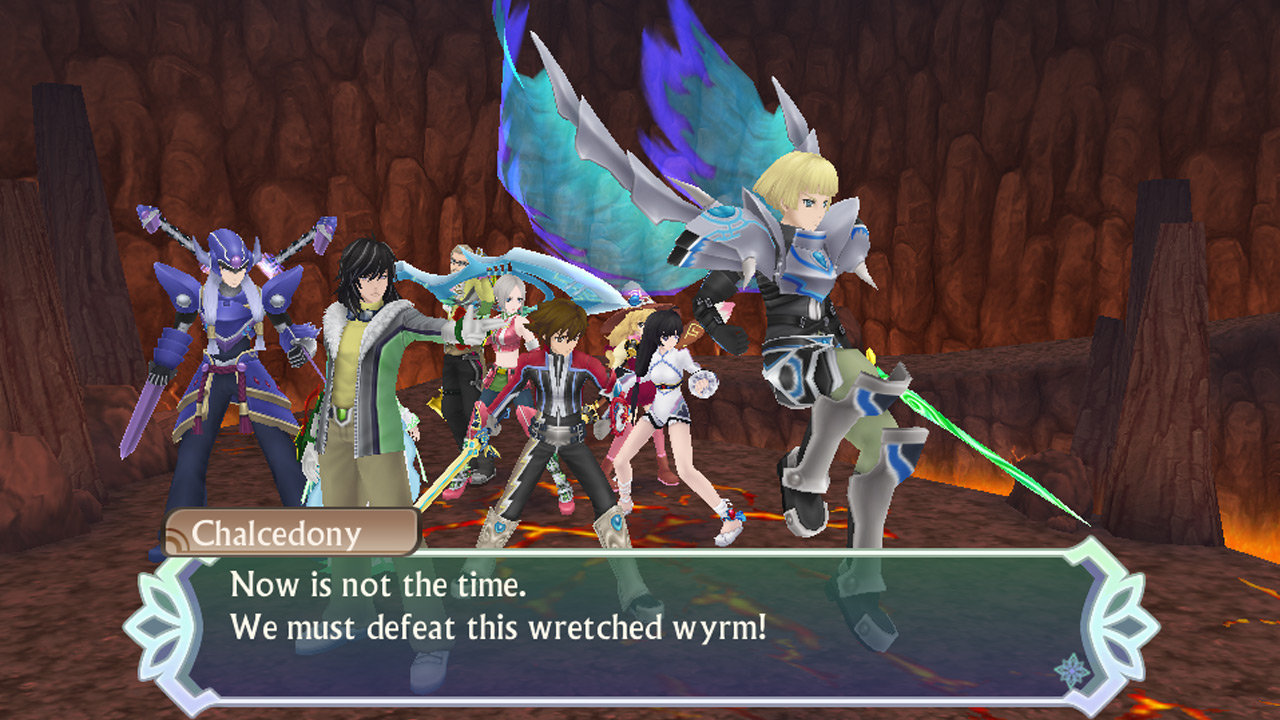 If you’ve played a Tales game before then the combat will be familiar to you. There are random encounters at play here, but once you’re in you have full control of the main character while up to three AI companions aid you. You can run around in real time in full three dimensions, tap out basic combos, use special abilities called Artes, jump, block and counter like a basic fighting game. There are a couple of extra bits that I don’t recall from prior games, with the ability to wail on an enemy to the point where you can ‘break’ them and then team up with one of your team mates for a powerful Cross Chase Charge. You can even employ the PS Vita touch screen to tell your team mates which moves to perform with a tap or a flick in a direction, though I rarely did this.

Outside of battle you can level up your characters manually. As they level up they gain points which you can choose to spend on five different categories. Each category will increase multiple stats and teach you new abilities or unlock new somas, and it’s totally up to you how you do it. Certain characters are more magic based while some are more physical but there is nothing stopping you speccing one way or the other. Although a little daunting at first I enjoyed the freedom this afforded me and I was looking forward at what abilities I could build towards next.

Also an interesting addition is the Somatic Bond mechanic, where through story actions or viewing skits (optional conversations between your party members) you can improve their relationship with each other which allows them to share abilities and power up the team up attack. It just adds a simple extra level to the character interaction to get you a little more invested and it works. Cooking makes a return, allowing you to craft stat boosting items after battle as long as you have the ingredients. 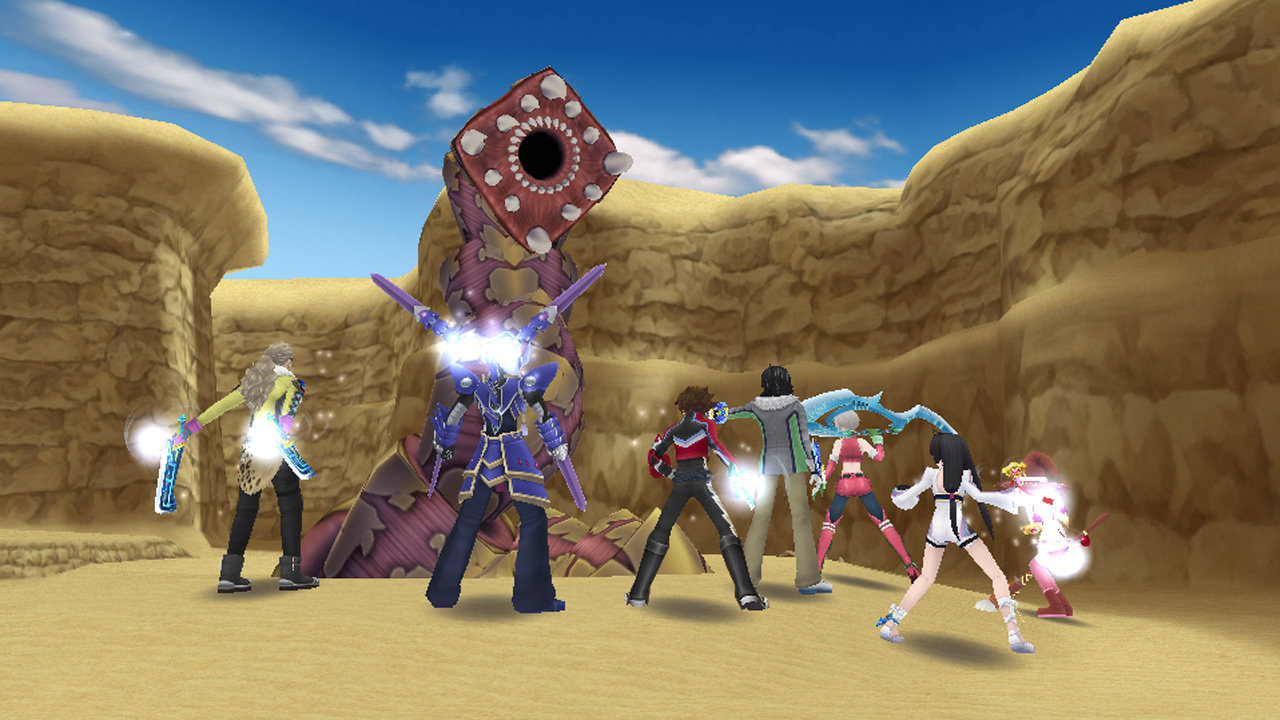 Other than that Tales of Hearts R is actually quite a traditional JRPG. There is a world map to run across, populated by enemies, towns and dungeons with chests to find and side quests to be completed. The tone is quite playful and not overly obsessed with breasts, which doesn’t offend me, but is a breath of fresh air after my more recent experiences. It’s not going to topple Persona 4 Golden from the top of the PS Vita JRPG pile, but it’s not far behind.

Tales of Hearts R
8 Overall
Pros
+ Excellent presentation
+ Fun characters
+ Lots of interesting mechanics
Cons
- Japanese only voice acting might annoy some
- Character development can be daunting
- Some cinematics being 4:3 is a shame
Summary
Tales of Hearts R brings the high quality JRPG series to the Vita and does a great job of it. Excellent presentation, fun characters and lots of interesting mechanics will keep fans of the series busy whilst newcomers should give it a try. It's not going to topple Persona 4 Golden from the top of the PS Vita JRPG pile, but it's not far behind.