Syrup and the Ultimate Sweet is the latest Ratalaika joint, playable once again on both PS4 and Vita. It’s a visual novel of sorts, but one with a childlike innocence thankfully. No sketchy anime characters with heaving bosoms here. Originally created for a game jam in the visual novel scripting tool Ren’py, this is very much a game by a fan of the genre for her peers. No bad thing but very much an acquired taste. 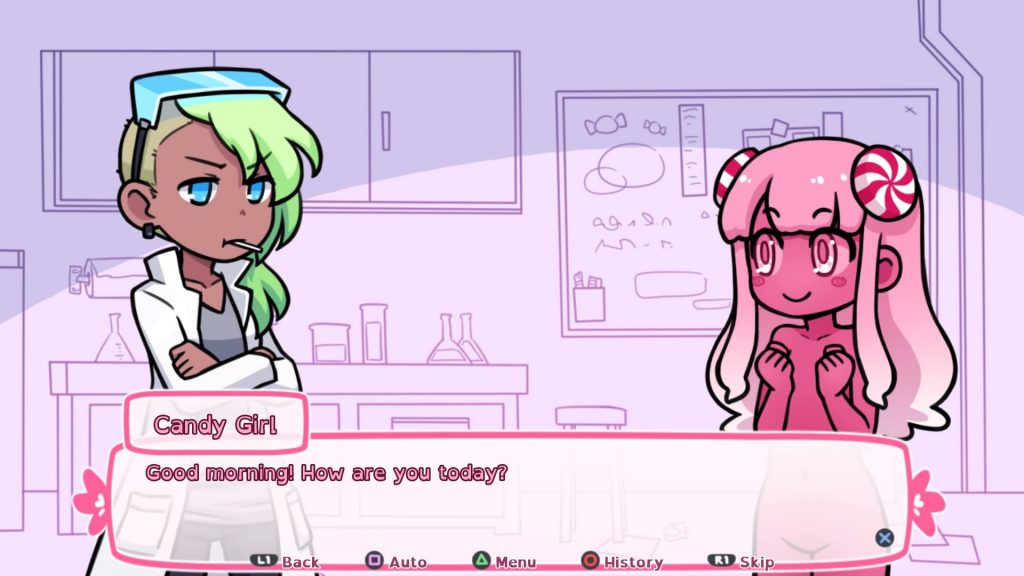 As you can no doubt see, it’s a saccharine sweet confection in many ways. Syrup is the world-weary proprietor of a sweetshop called Atelier Sweets in an indeterminate town that could be anywhere. Her assistant Pastille who we initially thought was a tomboy is in fact a guy who is looking out for her. We’re never quite sure whether it’s entirely platonic, but to be honest in this genre type guys don’t tend to hold back if they’re interested.

Given we’re not exactly the biggest visual novel fans, we’re probably not the best people to review it, but it’s only fair we evaluate Syrup objectively. We first played on Vita during our journey to work. Perhaps our tired state wasn’t the best environment to give it a fair crack, but we immediately noticed the slow load times. Expected given the relative processing heft in relation to the PS4, but still not ideal. 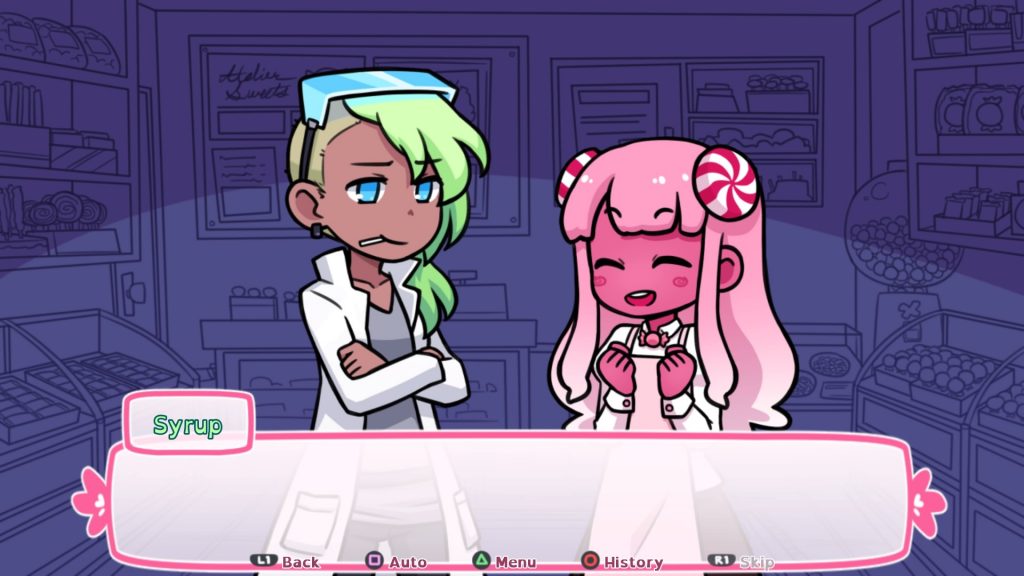 The storyline is typical in terms of visual novels in terms of the branching aspect, we recommend just playing as you feel to begin with. You could literally unlock two of the ten endings in the space of five minutes if you’re suitably nihilistic with your choices, but we played nice and got one of the endings with a little more expository dialogue into the bargain. Strategic saves at branching choices will let you unlock multiple endings quickly too, if you so wish.

It’s generally well written by NomNomNami (find her on itch.io) but a romance-themed visual novel set in the environs of a sweet shop was never going to be anything more than a bit twee. What it does, it does well. The Ren’py engine is a good home for this sort of thing too. The music isn’t even that irritating either, it’s quite sweet really. 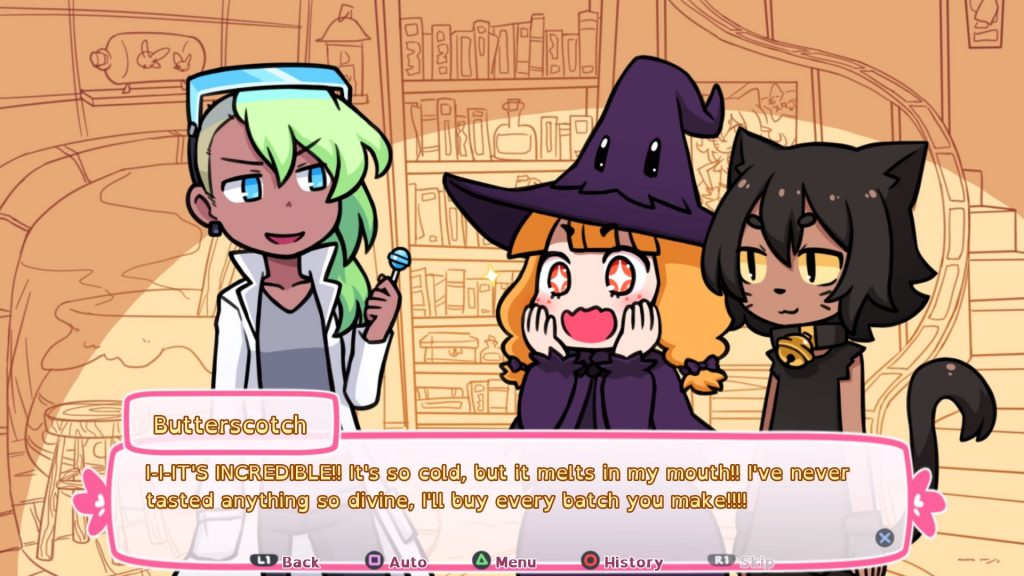 This being Ratalaika, the trophies are a rinse as ever. Five trophies relate to the good endings with a further five for the bad endings. The easy trophies are made easier still by the fact all the dialogue choices for as-yet unlocked endings are available to you in the menu. One quick smartphone snapshot later and you can tear through to another ending in the space of a few minutes. Especially since you can speed things up by holding R1 to skip dialogue you’ve already seen.

In conclusion, Syrup and the Ultimate Sweet is sweet in every way. Short and sweet, sweet themed and sweet natured. It’s hard to dislike this confection at any rate, never mind the fact it’s cheap. Get yourself a bag of sweets and hunker down to ride out this pandemic. You could do worse.

Cons
- Vita version a bit prone to slow loading times
- All too easy to rinse for a platinum and not see the storyline
- If you dislike visual novels, probably not your thing
Summary
Syrup and the Ultimate Sweet is just that, sweet. It’s a cute visual novel with absurdly easy trophies. Sure to appeal to genre fans and trophy whores alike.