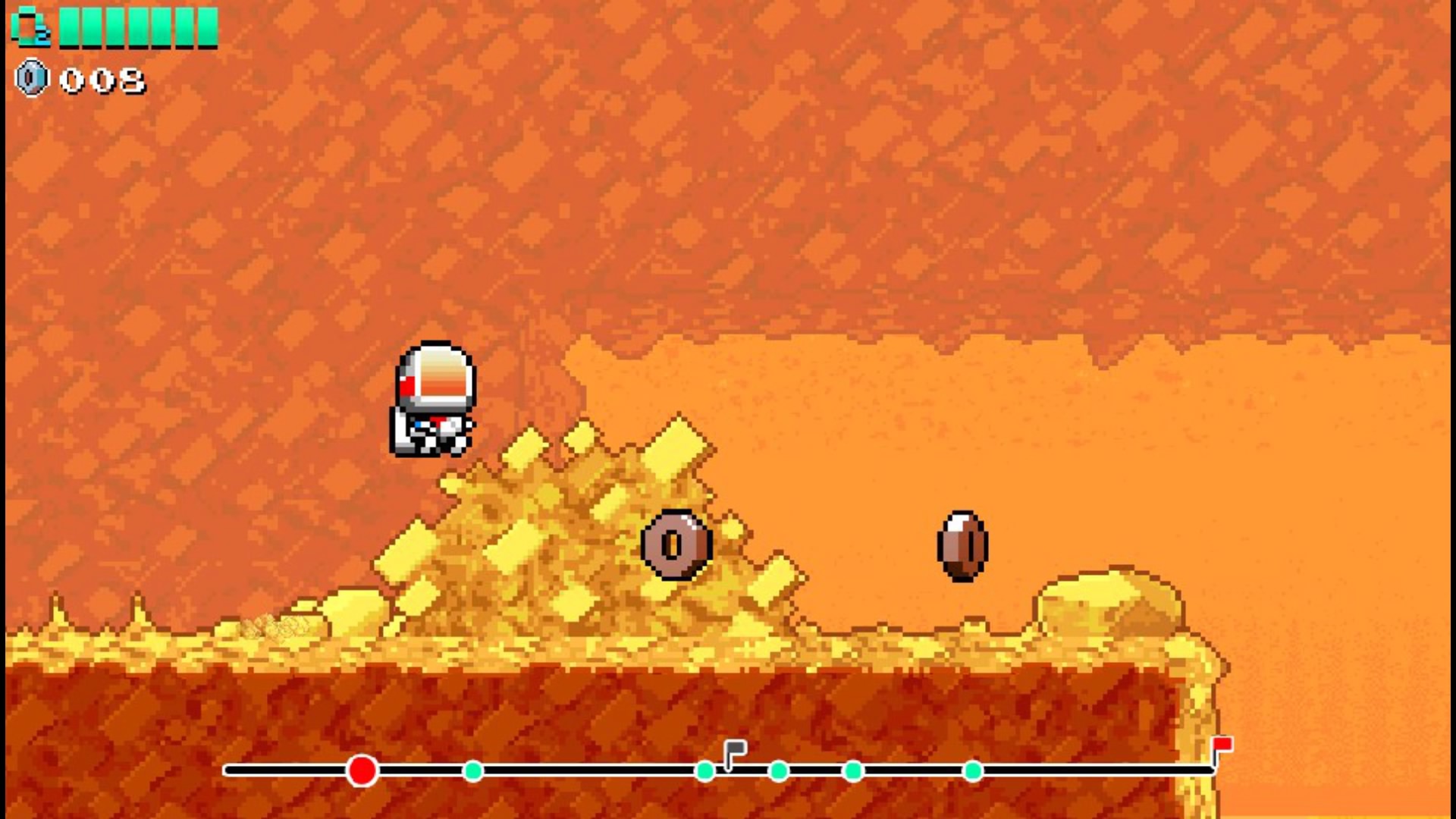 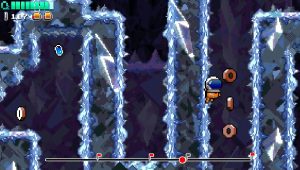 The VITA doesn’t get many releases nowadays which is a shame, but it’s nice to see some indie developers are still supporting the platform even if this is as part of their overall mobile strategy.  Stranded: A Mars Adventure is such a game.  Developed for mobile platforms this is also being released on the VITA.  It’s a bit of  a shame that developers see the VITA as an extension of mobile phones, but it’s also great that new games are still being released at all.

What we’ve got here is a kind of 2D platformer come runner game.  You play as an astronaut who’s been stranded on Mars and must get back to his spaceship via a series of 40 levels.  The levels play out on in 2D but see you going in all directions, it’s no simple runner where you just need to keep going right.  Given this the levels can sometimes feel a bit like mazes, it’s a nice detail but this isn’t a straight up puzzle game so don’t come here looking for that.

After each level you are graded on how well you did with the aim to three star each level.  To get three stars you’ll need to be speedy as well as making sure you collect the nuts and oxygen tanks scattered about.  You’ve got an oxygen gauge which is constantly running down and this adds a nice risk reward element to the game with you having to judge if you’ve got enough oxygen to allow you to explore to get all the nuts.  These nuts are then used to unlock upgrades in the shop increasing your skill set.  These upgrades make controlling your astronaut easier giving you the incentive to play to unlock them all. 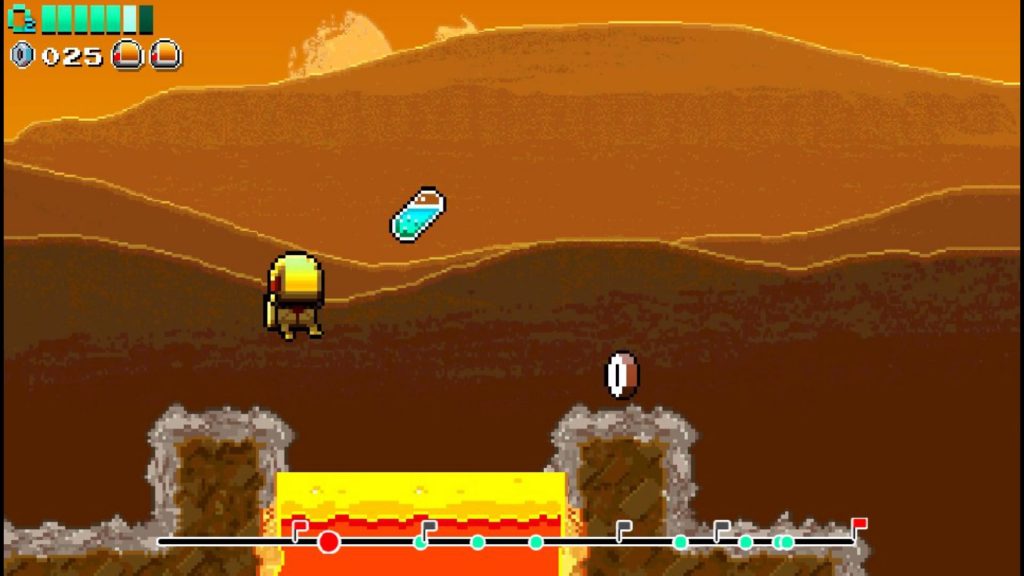 Control initially takes some getting used to with a heavy reliance on inertia giving every action you take a great sense of weight.  Once you’ve jumped you are very much locked into that jump floating in a low gravity kind of way.  You do have a jet pack which can be used to elongate your jump but this uses precious oxygen and feels heavy to use.  You wont be using your jet pack to propel you upwards to vertiginous heights, it feels altogether more realistic somehow.

The music needs to be called out here for being brilliant.  Stranded: A Mars Adventure uses music to create a haunting score and confidently takes a minimalist approach to painting a picture.  It’s an electro themed affair with some great repetition and breaks which really get into your head and it sounds melancholic which perfectly suits the game.  It’s up there as some of the best game music I’ve heard this year, just remember to use headphones.

Graphically things aren’t quite as strong with the game favouring the faux retro stylings.  It looks ok and nice and chunky, but this is a style I’ve seen so much of that it has sort of lost it’s effectiveness.   There are some nice evocative backgrounds and your astronaut does have a certain charm, although overall there is nothing to make it stand out from the indie retro scene. 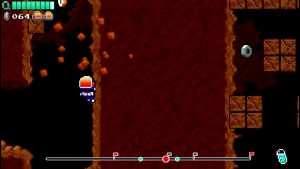 I’ve enjoyed my time with Stranded: A Mars Adventure as it offers a nice mix between a platformer and a simple puzzle style game.  It has that pick up and play feel to it and the levels are have lots of checkpoints to make restarting after a death really quick and easy.  It’s not going to be for everyone but it is a well put together game with bags of charm.  As one of the trophies says “suck it, Damon.”

Stranded: A Mars Adventure
6 Overall
Pros
+ Excellent music + Bags of charm + Great sense of inertia to the movement
Cons
- Surely the faux retro style has been done to death now - Feels a bit like a mobile game - Doesn’t have any real depth to it
Summary
Stranded A Mars Adventure is a 2D platformer which relies on inertia and momentum to make some tricky levels. Whilst the retro stylings have been done a million times before it's the excellent music which makes this game stand out from the crowd.