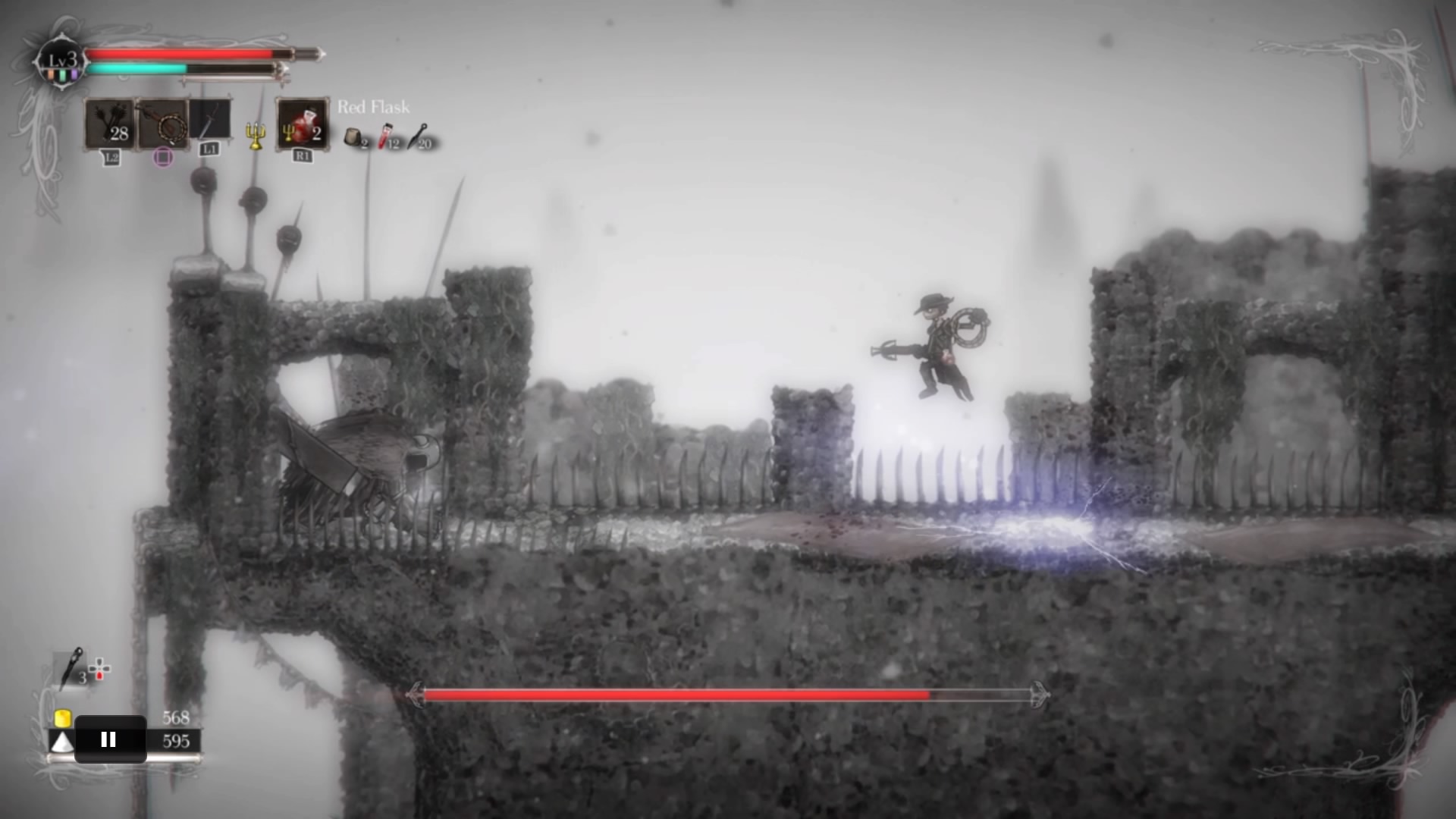 It’s not very often a single developer will carve out their own genre exclusively. From Software succeeded with 2009’s Demon’s Souls and, since then very few have attempted to recreate that specific formula. Ska Studios are the latest to step up to the challenge with Salt and Sanctuary. They take no shame from it and give this a full-blooded effort.

At the time of writing this game suffers from a couple of technical issues. People are reporting the occasional crash that might just corrupt your save file. These seem few and far between and Ska Studios are working on a patch so hopefully these problems can be resolved. Be aware. 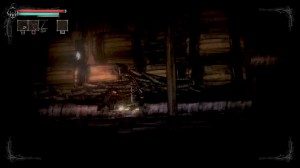 The character creation screen tells you exactly what you’re in for. They all follow the usual tropes from mages, hunters to knights. You can choose a starting gift for additional bonuses and the game begins with a tutorial where you are expected to suffer your first death. The familiar education through failure is prevalent and if that turns you off, walk away. You gain experience through salt which you can bank at a sanctuary and spend on items, weapons and character levels. Leveling is handled some what differently as you have a skill tree to focus towards. Initially it looks like a fancy wrapper but it does allow you to speed up your development as some nodes will grant several levels in a single characteristic.

Combat is deliberate and you need to utilise your combat roll (which grants you temporary invulnerability) and effective blocking. A parry and riposte is present which can grant you a quick kill. Enemies can be staggered and your best bet is to attack enemies from behind. Despite the lack of a third dimension, its deep and satisfying. Ska bring their own flavour to it with juggle and combo opportunities and its all governed by stamina usage.

Traversal is reminiscent of Castlevania: Symphony of the Night. The platforming is pretty tight and forgiving with a few surprises up its sleeve. There are secrets to uncover and shortcuts on offer that display a really clever, convoluted world design. Exploration is where the game surpasses its influences. There’s some backtracking involved but you make up ground quickly, provided you know where to go. 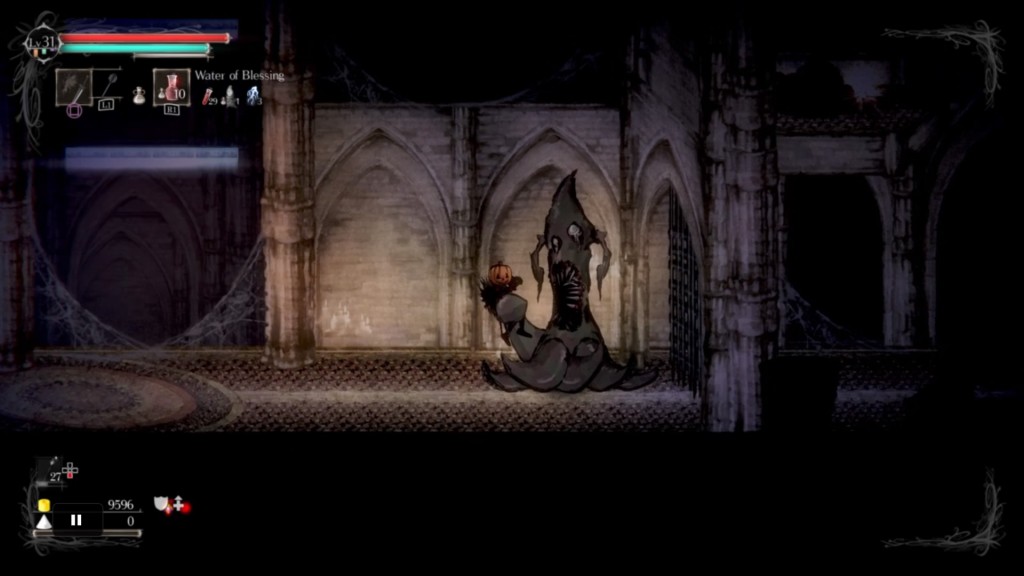 The challenge on offer seems fair, although their insistence on placing archers near pitfalls is a little dickish. Enemies are varied and there’s a bestiary that allows you to keep track of the ones you’ve encountered. You can spot the ones that give you trouble and quickly lock eyes on the fodder. Some of the larger enemies feel appropriately like mini-bosses that you can whittle down whilst the actual bosses present the game’s biggest challenge.

Judging by the trophies, there are many and, of the handful I’ve seen, they vary things up. They can be fun to figure out and so far nothing’s felt cheap. They appear frequently across an apparent 15 hour playthrough. They tend to dwarf you in size, offer their own sense of spectacle and deliver the game’s more satisfying moments. Just remember to be disciplined and considered. Don’t get greedy, folks.

Ska’s visual style remains unchanged previous works like The Dishwasher and Charlie Murder. I’m indifferent to it but I gather some dislike it’s cartoony aesthetic, especially against the game’s gloomy backdrop. Areas look unique and blend into each other cohesively. Music is used sparingly and interjects at the right moments. It might not be Bloodborne’s bombastic overtures or particularly diverse but, coupled with the art style, it works effectively. 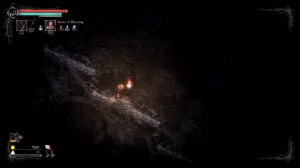 This game’s felt like a slow burn. My first run with these types of games are typically a car crash but my perseverance was rewarded as the game opened up. Getting used to the familiar in an unfamiliar perspective is the toughest hurdle to vault but its hooks are now firmly embedded in me. The Metroidvania exploration feels like the game’s major difference to From’s work and they’ve managed to flatter with this imitation whilst also producing a great game under its own merits.

Whether this will bring a new audience to the Souls formula is debatable. The perspective change and focus on platforming allows for significant nods to Castlevania whilst the frequent bosses and secrets make a well-crafted world feel dense. Salt and Sanctuary’s combat provides depth whilst maintaining a deliberate feel.  The familiar loop of these games is always present but a fairness prevails. Its amazing to see a two-person team hit their marks so well. Its resonating with a very specific crowd and managing to emulate a very specific thing. I’m still into that. Give it a shot.

Sat & Sanctuary
8 Overall
Pros
+ Tight combat. + Great exploration. + Great world design.
Cons
- Cartoony aesthetic. - Music could be a little more varied. - Back up your saves, just in case.
Summary
Salt & Sanctuary is a painstaking homage to the souls series that does not pull any punches. This approach might put some veterans off but the 2D plane gives exploration a distinct metroidvania flavour whilst Ska Studios' combat manages to shine. It has its limitations and the art style feels a touch out of place but you'll get a very, very good adventure for your time and money.
We use cookies on our website to give you the most relevant experience by remembering your preferences and repeat visits. By clicking “Accept”, you consent to the use of ALL the cookies.
Cookie settingsACCEPTREJECT
Manage consent