Radical Rabbit Stew from Swedish developer Pugstorm AB is the latest release from publisher Sold Out, themselves a subsidiary of Mastertronic. Those long in the tooth gamers, ourselves included, will remember Mastertronic from days of yore when games came on cassette…

Radical Rabbit Stew is a puzzle game with a distinctly lagomorphic feel. You see, you’re a space sous-chef and your space diner gets ransacked by pissed off rabbits who abduct your colleagues. If it sounds like nonsense, it probably is. At any rate, it sets up the premise for RRS. 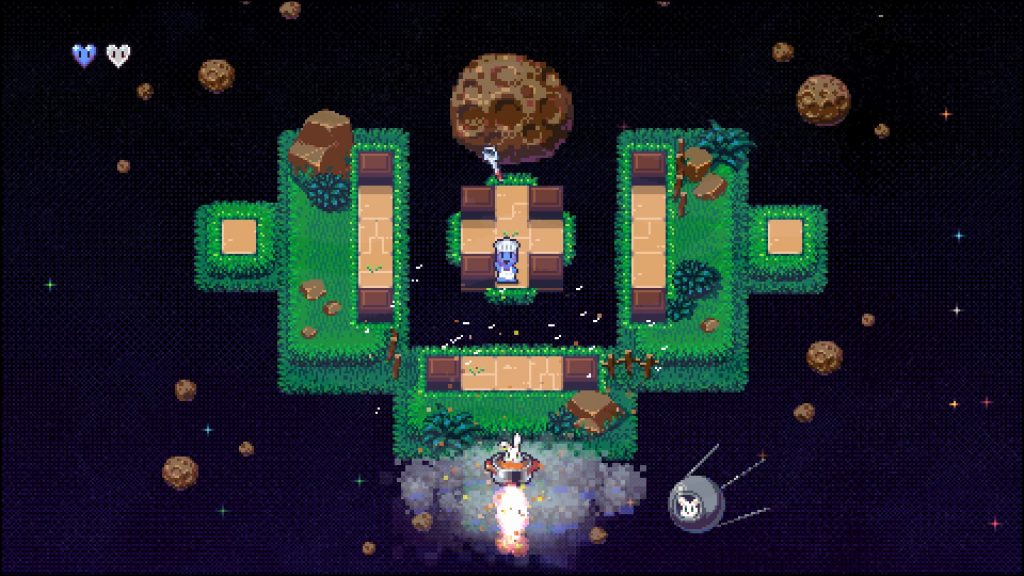 Initially you’re limited to smacking rabbits into the titular stew pots. Fill all the stew pots on a level with a rabbit and you’re through to the next level. Combine this with the fact that the rabbits are just as happy to chow down on you, and you have a great little puzzle game.

As you progress you’ll unlock the ability to charge your attack as well as a handy grapple. You’ll also face more than just basic white rabbits. You’ll encounter fat rabbits, explosive rabbits, flying rabbits and armoured rabbits. All of them have the same goal, they have it in for you. 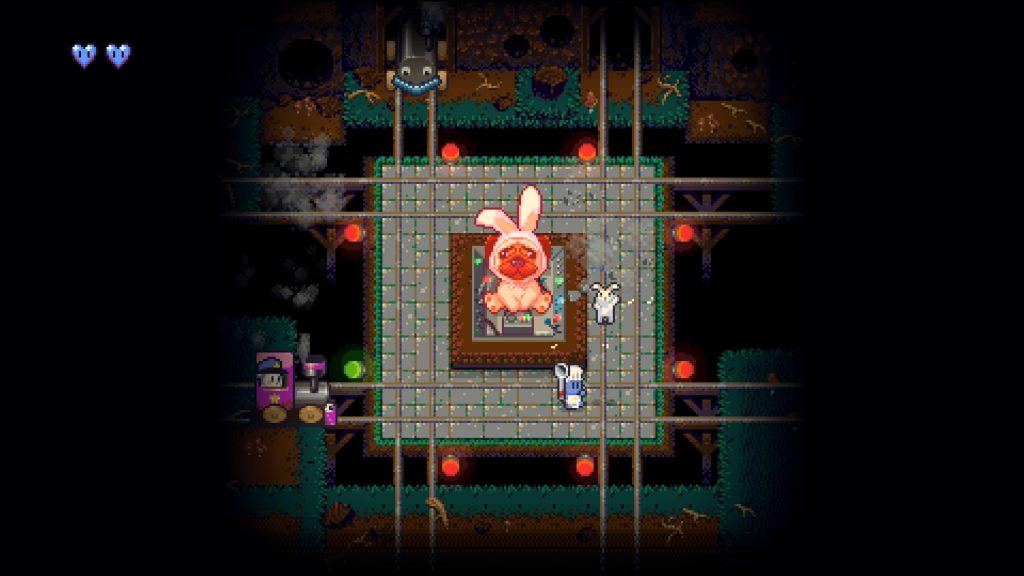 As well as delivering rabbits into crockpots, there’s collectible tokens to find in a lot of levels. Early on you won’t have much difficulty in collecting them, but as levels get trickier so does acquiring tokens. There’s a trophy for collecting all the tokens. To get them all you’ll have to be thorough, often going for the path less travelled. One late-game token remained elusive and we saw no obvious method of reaching it though, so we might wait until superior minds have created a walkthrough video…

If you’re some sort of gaming savant, you’ll relish the opportunity to test your mettle and try for the two speed run trophies on offer here. We’ll pass on the finishing the game in two hours, let alone cracking on in less than an hour. As far as we can tell there’s no shortcuts to be found here, so you’re looking at a perfect run through every level to even think about troubling the hour trophy. 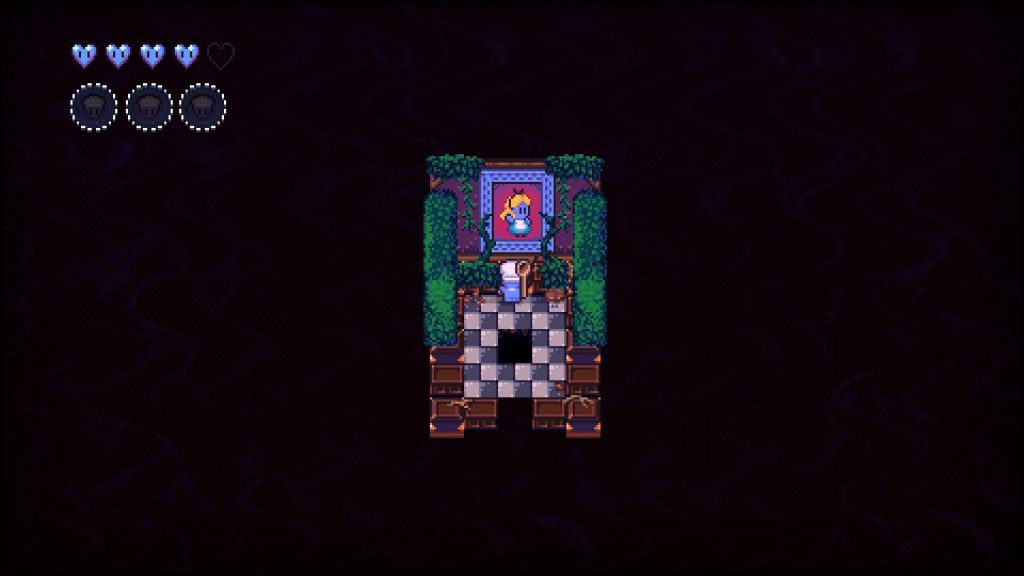 We had enough of a challenge playing through at our own pace, let alone trying to beat the clock. On top of three main bosses, there’s a mid-level boss to face off against into the bargain. Often these come off the back of a new spoon upgrade or an additional health heart.

The bosses are a mixed bag, the first one being far harder than we’d have expected. It didn’t help that we didn’t quite know at the outset what we were supposed to do. The second significant boss was far easier than that which followed. We even managed to get a trophy for beating him without sustaining damage. No such luck with the final boss though. It took us a good dozen attempts to beat her, let alone doing it without taking damage. 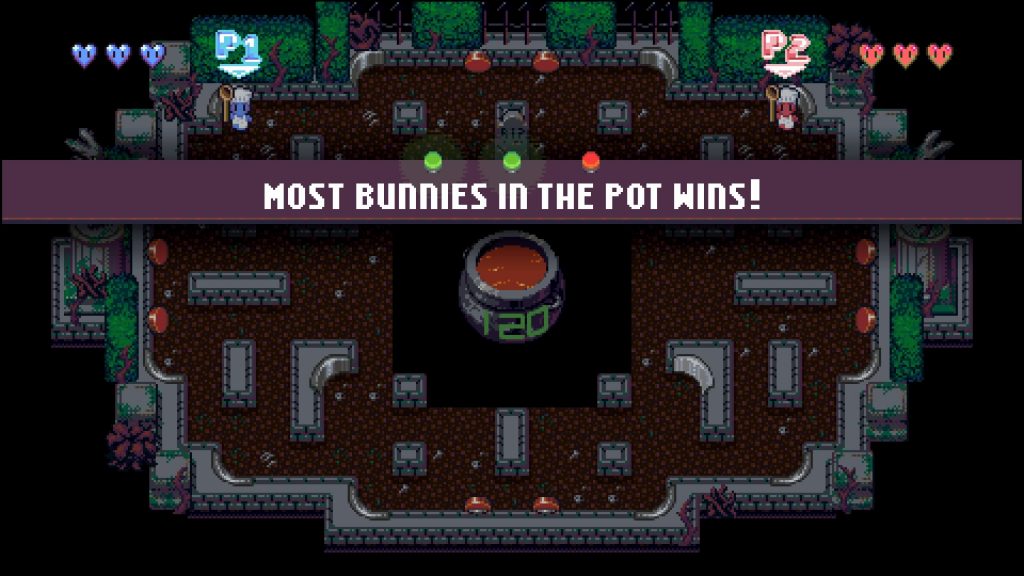 The final boss was exacerbated by the fact you had an annoying prelude where you could realistically end up wounded before facing your ultimate nemesis. You’d had enough fun facing the particular enemy in normal levels beforehand, so to have them show up en-masse smacked of a cheap shot.

There’s local multiplayer here too, it’s a fun way to while away fifteen minutes here or there with a fellow housemate. In our case our perpetual co-op partner was kept amused for a fair while.

All in all though, Radical Rabbit Stew is a well executed puzzle game that doesn’t outstay its welcome. You can keep the speed run trophies though!

Cons
- Some collectibles remain beyond our reach
- Those flying rabbits are pricks
- Two-phase boss fights are never fun
- Ice levels. Why did there have to be ice levels?
Summary
Radical Rabbit Stew is a fine puzzle game that only occasionally resorts to cheap shots. The fact that you could tear through all the levels in an evening is very much a good thing. We'll pass on the speedruns though.