Ponpu from developer Purple Tree and publisher Zordix is a classic example of never judge a book by its cover. Similarly, never judge Lethal Weapon by Danny Glover. On the face of it, Ponpu is yet another PS4 indie game. What sets it apart is the execution. It’s all very well done.

You might think that Ponpu has an oriental meaning, it does, but it’s translated literally from Japanese as “pump”. This sort of makes sense given that your character pumps bombs out. It’s all a bit odd, frankly. But endearingly so. The line drawn art style is very much welcome and adds to the slightly unreal feel to proceedings. Thankfully it’s not pixel art, put it that way. Nor is the music the de rigeur chiptunes, more funky sorta synths but nothing so catchy you’ll find yourself humming it though. 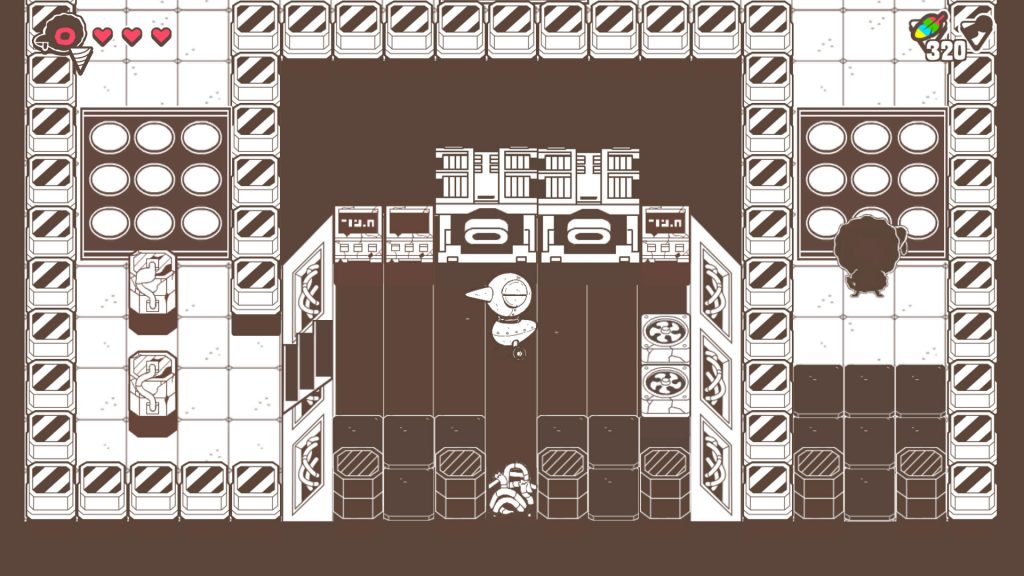 Across each of the six distinct worlds you’ll traverse three individual stages with a final fourth boss level. Upon beating a boss you’ll be gently encouraged to use your abilities to see them off. World one is the Toad Cave and the first boss is a musclebound budgie thing you’ll have to attack with bombs while avoiding its jump attack. We’ll spare you the details of how to beat the others as half the fun is figuring it out for yourselves. 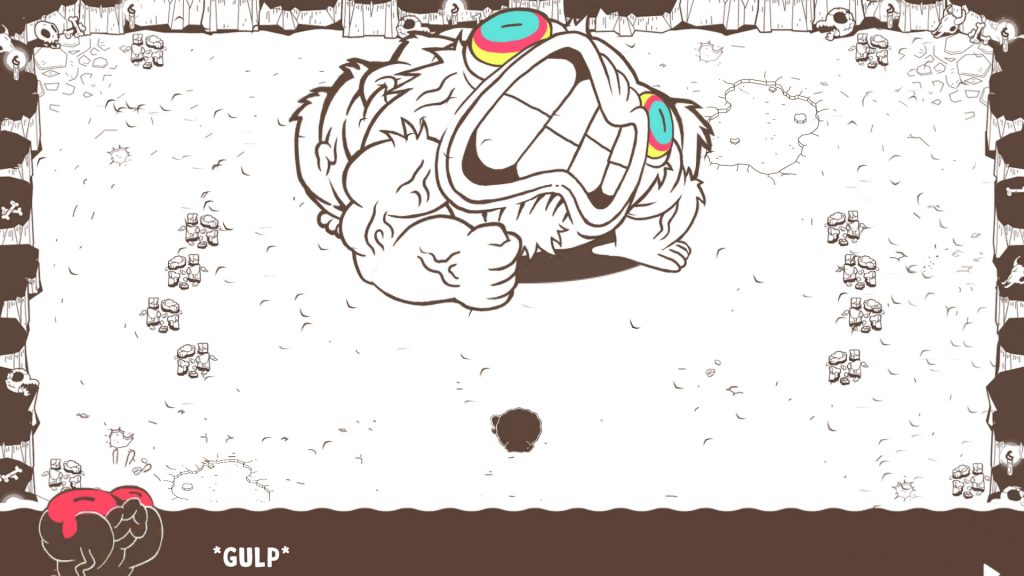 Next is the Scary Forest and a weird sorta frog thing that spits tentacles out at you. The next in Tech++ is a hacker that throws up forcefields at you. The Iron Stone’s fourth boss is a boxer very much influenced by a famous lisping heavyweight. Ice Mountain has an asshole on a snowmobile and finally the Olympic Bath boss is one we’ll leave for you to discover. It’s a delight, put it that way.

It took us a little while to nail the bosses via a fair bit of repetition, but we never felt hard done by in doing so. It took us a little longer to discover how to defeat the boxer in particular, all we will say is use all the tools at your disposal. Much as you may be tempted, don’t resort to the easy way out and look for a YouTube video to find the techniques to beat each. You’ll get much more satisfaction unraveling a strategy on your own. 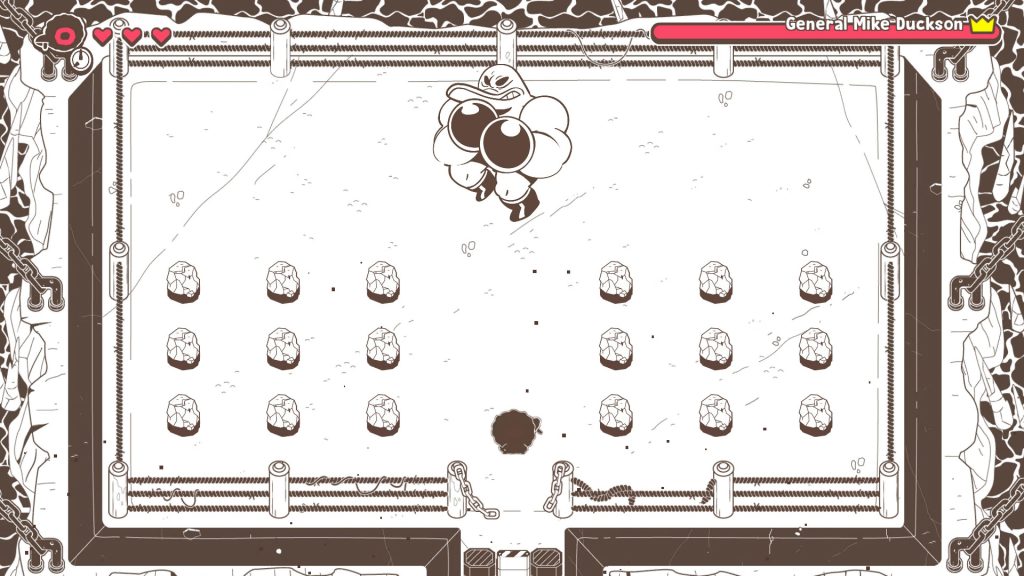 Each of the levels preceding these bosses is a gentle tutorial to ease you into the mechanics you’ll need to use to defeat them. They are great fun on their own, generally they amount to exploring to find a key that will unlock the level exit. Occasionally you’ll have the delight of having to see off a previously beaten boss to get a key, but thankfully the devs saw fit to include checkpoints just before each to not make you have to retread lengthy sections. 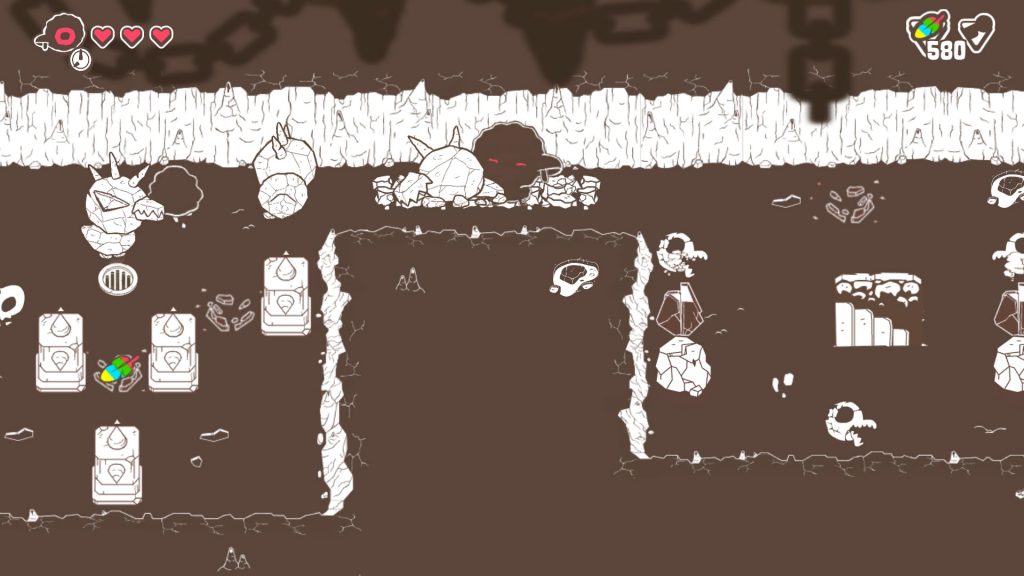 The whole bomb spitting mechanic very much brings to mind an obvious connection and that’s a fair comparison. Just like Bomberman there’s great multiplayer on offer across three modes: Coin Steal, Paint Battle and Deathmatch. We really enjoyed the few matches we played and even won a couple in the process. As well as online there’s local multiplayer for up to four players, replicating the online experience well. We found we excelled in Coin Steal mode, though we did resort to spammy cheap tactics. Well, needs must. 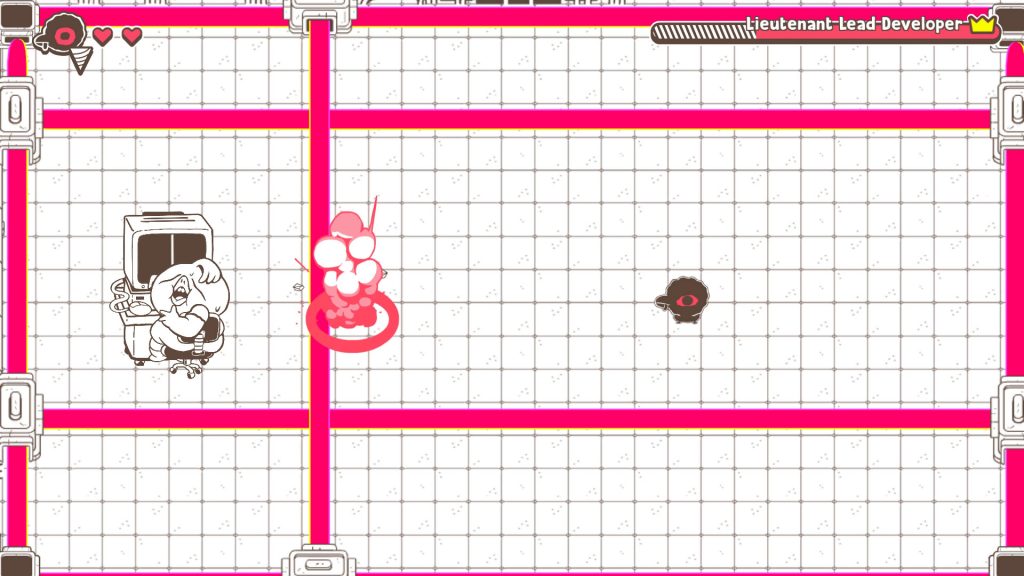 If we’ve any criticism, it might be that the whole affair is a little sparse, but what there is, is well realised. One weird thing we noticed was a pause when you picked up a collectible feather. We think it might’ve been the ingame counter but it was odd anyway. Perhaps Sony’s influence suggesting that multiplayer games of this sort don’t necessitate a platinum trophy, but it’s a shame there isn’t one at the end. We’ve got countless easy platinums otherwise and Ponpu is far more challenging than many of them.

Ponpu is a great twist on a classic formula with just the right amount of oddness thrown into the mix. At least Purple Tree didn’t call Ponpu ‘Bomber Duck’ instead, as there’s far more to it than just the basic Bomberman formula. The bosses are well implemented and you’ll be satisfied with the iterative process necessary to beat them.

Ponpu
8 Overall
Pros
+ Bosses are well done and fun to defeat
+ Multiplayer both locally and online is fun
+ Nice sharp graphical style
Cons
- Maybe a little on the sparse side
- No platinum trophy here
- Strange pauses as you pick up feathers
Summary
Ponpu is a fun reimagining of the classic Bomberman formula with just the right amount of weirdness added to make it feel like its own game. Mildly grotesque bosses each requiring their own unique approach just add to the appeal. Bombs on!