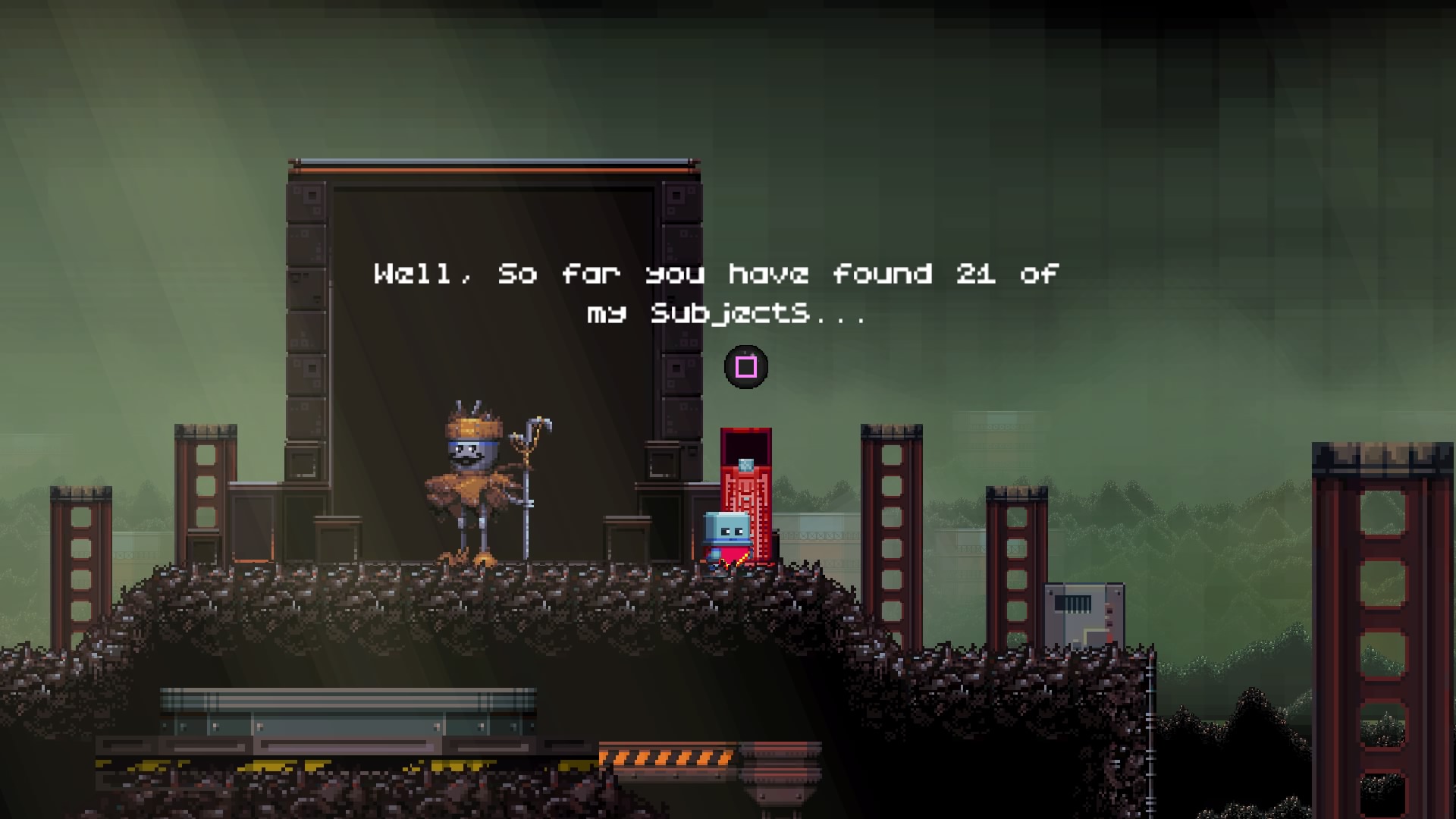 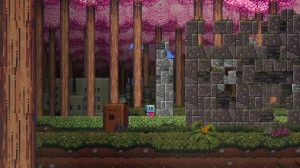 Poncho is an 2D side scrolling platformer with depth. By that I mean you can jump backwards and forwards between planes, so the parallax scrolling actually has purpose. Can’t jump a gap? Well there’s that platform in the background you can reach. Wall in the way? Just come to the foreground and carry on. It’s a novel idea.

You play as a little robot who wears a poncho, he has awoken in a world without humans, only robots walk the land talking about the creator, who you’re trying to find. Most levels are looped in that you can walk left or right and you’ll eventually return to the same point, though levels are broken up into multiple areas rather than being one long screen.

From the off each level is made of three separate planes, a foreground one, a background one and one in between. You can warp out of the screen with R1 and into the screen with L1 which you can do at any time, though only once mid-jump so no switching more than one plane at a time. You might think “Switching mid-jump? How complicated does this get?” and the answer would be not very. Generally speaking the levels are quite leisurely as you explore looking for red dots, keys which will take down barriers blocking your path and shortly into the game you can revive broken robots which will grant you more keys.

The red dots allow you to buy more keys from a dodgy looking robot which get more expensive the more you buy but he sells way more than you need. It seems to be a way to advance if you’ve missed any keys but I’m not sure if you have to buy any keys at all to complete the game. 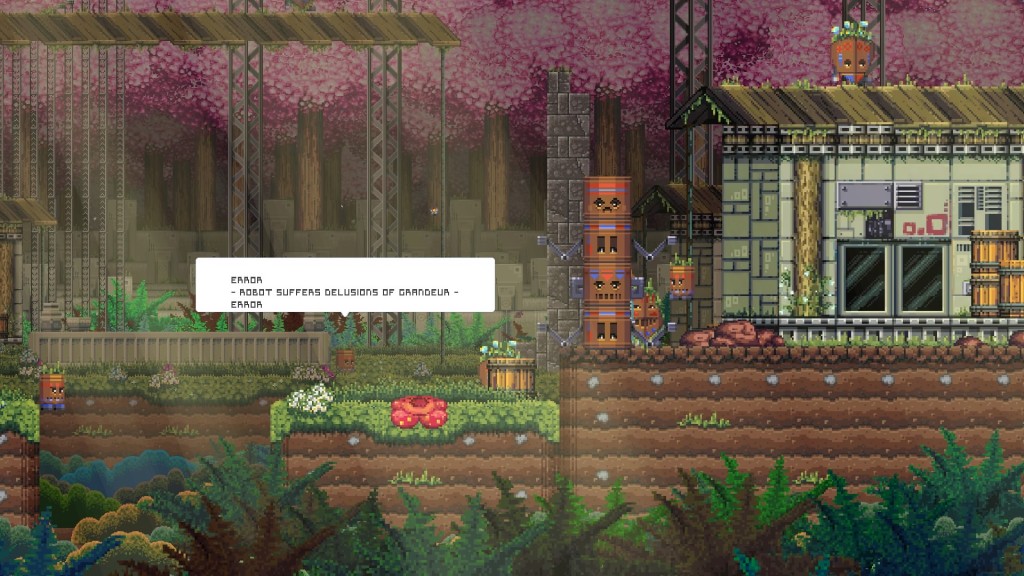 The main complication with the platforming comes from blocks that move in and out of the screen, so you either have to time your jump for when they’re on the same plane or switch to the correct plane at the right time. They reminded me of the disappearing blocks from the Megaman series but there they have an obvious pattern, cemented by audio cues, whereas in Poncho different blocks can move at different rates which results in platforming sections falling out of sync more often than not. Some have audio cues whilst others don’t which makes things much more difficult. If you fall into a pit then you respawn on the last bit of solid ground you stood on (most of the time) so you don’t get punished too much, until you get to level five.

Level five is a vertical level, there aren’t any screens to the left and right and there are a lot of these timed blocks going all the way to the top. A vertical level would be a nice change from all the horizontal goings on you’d think, but thanks to the way the game is designed if you fall from the top you don’t die, you just fall to the bottom and have to start again. And again. And again. Poncho goes from a pleasant jaunt through levels which are actually pretty simple to complete, if not collect everything, into a traumatic, slower paced Super Meat Boy from hell level of frustration. Afterwards it returns to its pleasant if not too taxing horizontal platforming until level nine, the final level where it returns to vertical scenario that worked so well the first time.

This combined with little glitches like death loops where you constantly spawn over a pit and die or inside something and die, dodgy frame rates in certain levels and the foreground covering important parts of other layers makes what starts out as a pleasant enough experience with a few minor grievances into somewhat of a chore. 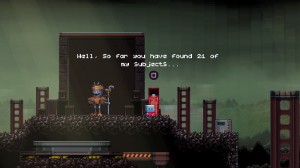 You can complete the entire game in a day, depending on how stuck you get on those vertical levels, though it will take you a little longer to collect everything if you decide to go for that as some things are well hidden. Leaving a level takes you back to the world map which allows you to travel to any level you’ve unlocked previously, making revisiting previous areas incredibly easy.

Ultimately Poncho is short lived and most of the game is pleasant enough, if a little easy despite some poor design choices and glitches. It would be a good game to relax with but those two vertical levels come pretty close to ruining the entire experience to the point where I can’t recommend picking it up.

Poncho
5 Overall
Pros
+ Basic premise is a good one + Generally easy going, fun exploration
Cons
- Foreground covers platforms too often - Vertical levels are legitimately terrible - Infinite death cycles
Summary
Ultimately Poncho is short lived and most of the game is pleasant enough, if a little easy despite some poor design choices and glitches. It would be a good game to relax with but two vertical levels come pretty close to ruining the entire experience to the point where I can't recommend picking it up.