Disgaea started life on the PS2 as a tactical RPG, where you move your units around a small map, queuing your unit’s actions in the hope of clearing all the enemies and moving on. Little has changed with the basics but extra mechanics and layers such as the Revenge and Overload system have been added over the past decade or so with Disgaea 5: Alliance of Vengeance being the most fully featured and, relatively speaking, accessible it’s ever been. 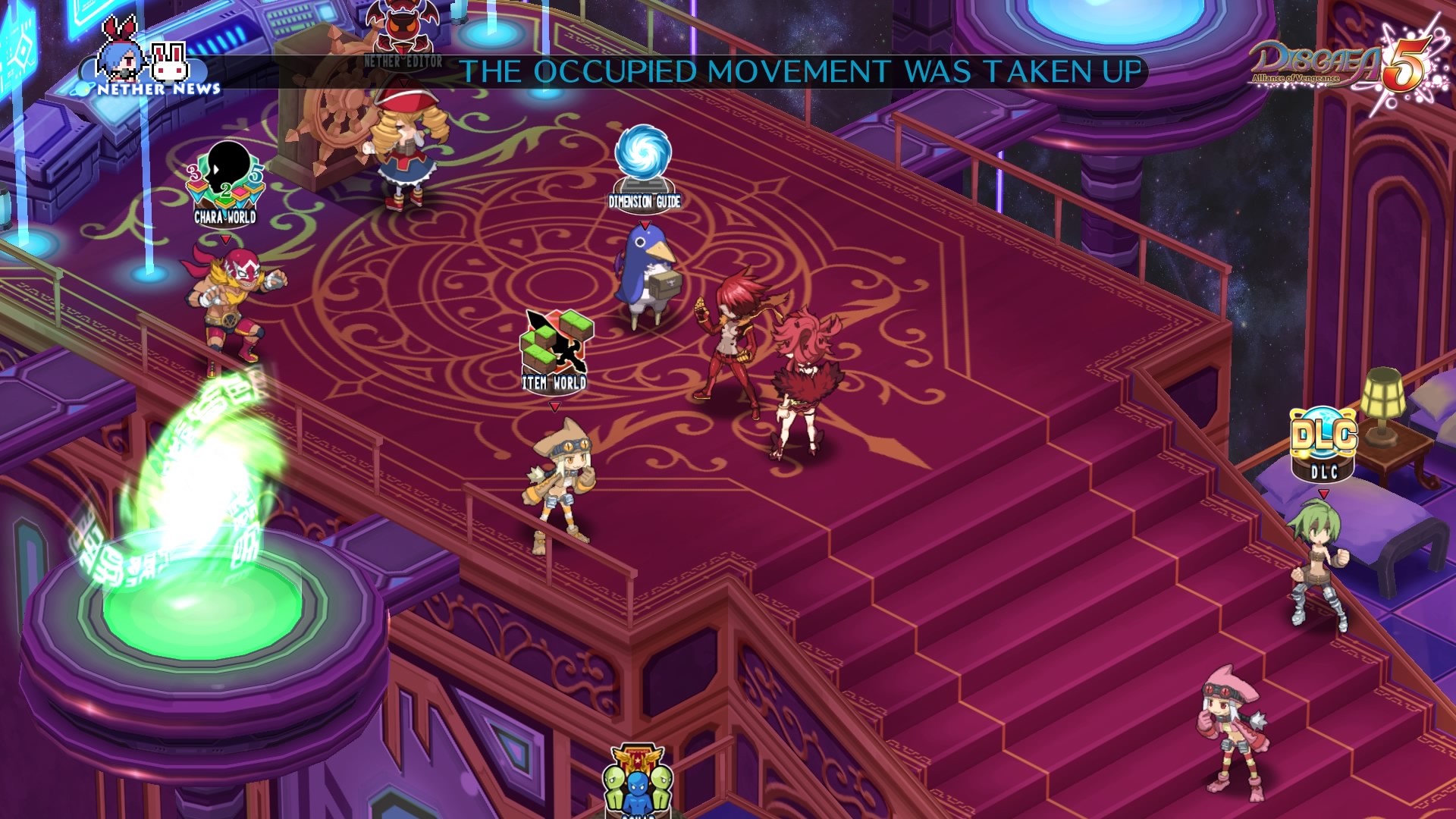 Visually little has changed since the original, apart from being in high definition since the PS3 games. The maps are rather crude looking, basic 3D models, whilst all the characters are 2D sprites with a lot of character, though not as crisp or smoothly animated as something like Blazblue. The more powerful attacks are incredibly ridiculous and over the top but aren’t going to overheat your PS4 any time soon. Story beats feature high quality character portraits with only a few different frames and no animation but is all fully voiced with the enthusiasm of an anime.

None of the Disgaea games are linked story-wise (apart from Disgaea D2 which features the original cast) but all are set in a Netherworld (a Demon, hell-like world) and Disgaea 5 is no different. Rather than take place on one Netherworld the story has your group of unlikely allies form a rebellion against an Overlord who is conquering all known Netherworlds. There’s Killia, your understated protagonist with a hidden past, Seraphina, who controls all men with her womanly charms, Red Magnus, who’s a stupid muscle head and you’re joined by others as you progress. The story is fine and the characters are the anarchic group that you expect from a Disgaea game but most fans probably aren’t here for the story as charming as it is, that’s just something you have to get through to get to the real game.

If you are unaware in a Disgaea game you don’t even have to use the main characters. You can take ten characters on to the battlefield at any one time and you don’t have that many leads so you need to make some of your own. Here is the beauty of Disgaea and what draws me to it. Want a warrior who uses axes? No problem. Female? Sure. You’d rather they used a spear, that’s cool. An archer? Yup. As you level up the basic classes not only can you create stronger versions but new classes unlock and as you get deeper into the game you can make a character that looks like one type but plays like another, like a ninja healer for example. It’s an incredibly versatile system. 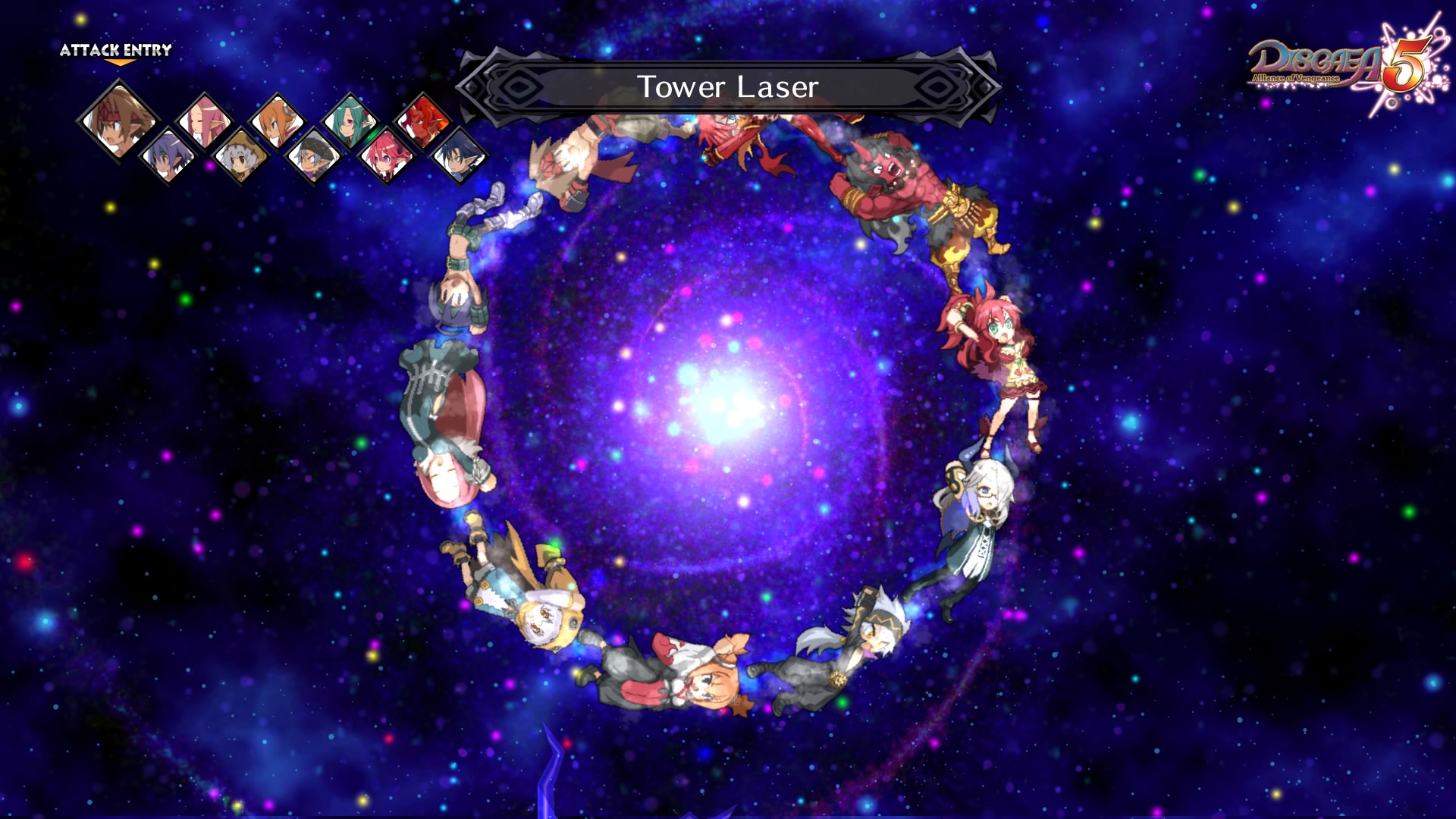 In previous games to unlock new classes you’d have to look it up or just come across it by chance whilst playing, but an addition in Disgaea 5 are Quests which you can pick up that point you in the right direction. You can accept it and it’ll say ‘Achieve Warrior Rank 2 and Mage Rank 2’ for example and it’ll say what class you will unlock as a reward for doing so. It surfaces things that were hidden before and the game is better for it.

This isn’t my first rodeo but similarly other elements seem to be explained better and introduced earlier or at a better pace, so you can ‘break’ the game how you want sooner. This includes the Strategy Assembly that you can use to unlock new features like colour schemes for your characters, better items in shops and one time bonuses on levels and the Squad Shop which replaces Disgaea 4‘s Evil Symbols allowing you to assign characters to groups to gain bonuses or unlock extra options. The Cheat Shop, which becomes more powerful as you play lets you decide the ratio of ‘Experience’ gained to ‘Weapon Mastery’ for example, or raise the level of the enemies you’re facing. What this means is that you can get quite powerful, quite quickly, out levelling the story element of the game. If you’re willing to grind that is.

Grinding is basically the name of the game in Disgaea. You could probably finish the main story with minimal grinding but that is barely scratching the surface of what these games have to offer and Disgaea 5 is no different. There are more super tough levels after the credits role, there’s the Item World that generates random levels which allow you to power up weapons and items and basically means there’s an infinite amount of levels, Chara World which ups character stats (now a dice roll based board game as opposed to a slightly different Item World as before) and thanks to the new Nether Research you can find new Netherworlds and Overlords to defeat whilst levelling spare characters.

When I say grinding I don’t want to understate it, your maximum character level is 9999 and that’s not even maximum power level as if you ‘Reincarnate’ a character back to level 1 the next time they hit level 9999 they’ll be even stronger. Now after putting hours and hours into the game getting to 9999 isn’t necessarily a big deal but it takes a lot of work to get to that point and I have to admit to never getting 100% out of a Disgaea game, the grind beats me. I get it though, I do. Seeing those numbers get bigger and bigger and those damage numbers increase into the millions is awesome. 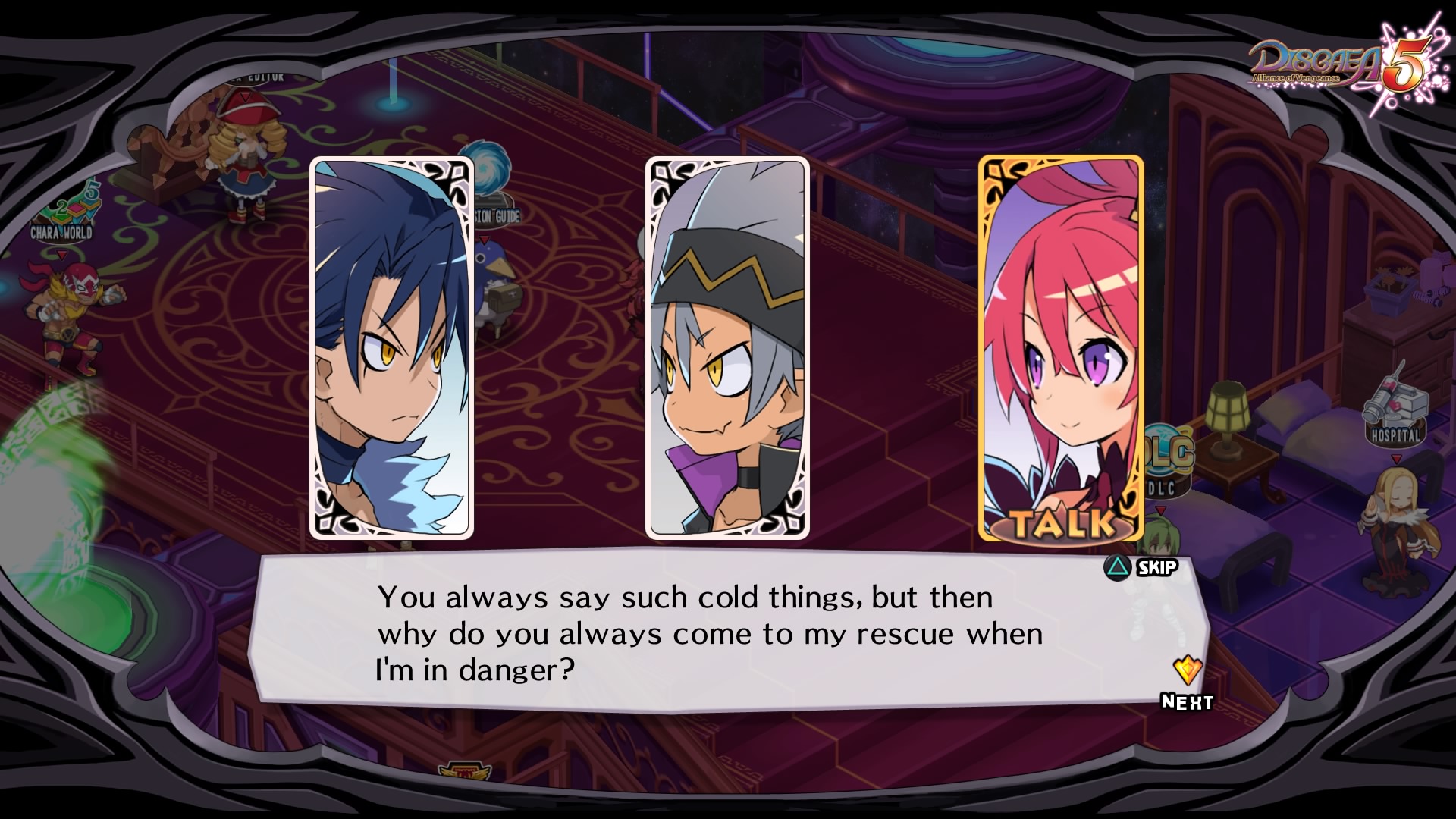 Ultimately how much you get out of Disgaea 5: Alliance of Vengeance will be down to how much you want to put in. If you’re in it only for the story you’ll be able to get in and out in an average amount of time for an RPG, but if you’ll looking to see everything then you’ve got a lot of grinding ahead of you and it’s whether the joy of seeing characters become infinitely more powerful outweighs the monotony of repeating that one level that gives the best rewards over and over. If you’ve been dragged in before this is more of the same, if it’ll be your first time this is probably one of the best places to jump on board the grind train. Next stop: It never stops.

Disgaea 5: Alliance of Vengeance
8 Overall
Pros
+ Highly customisable
+ HUGE numbers
+ Typical Disgaea whimsy
Cons
- So much grinding
- Graphics still basic
Summary
Disgaea 5: Alliance of Vengeance offers more of the same strategy RPG madness, but with a little more accessibility. If you're looking to simply play through the story then you're in for a good time but to see everything you will, as ever, need to grind an incredible amount and that isn't for everyone.

One thought on “Disgaea 5: Alliance of Vengeance – PS4 Review”