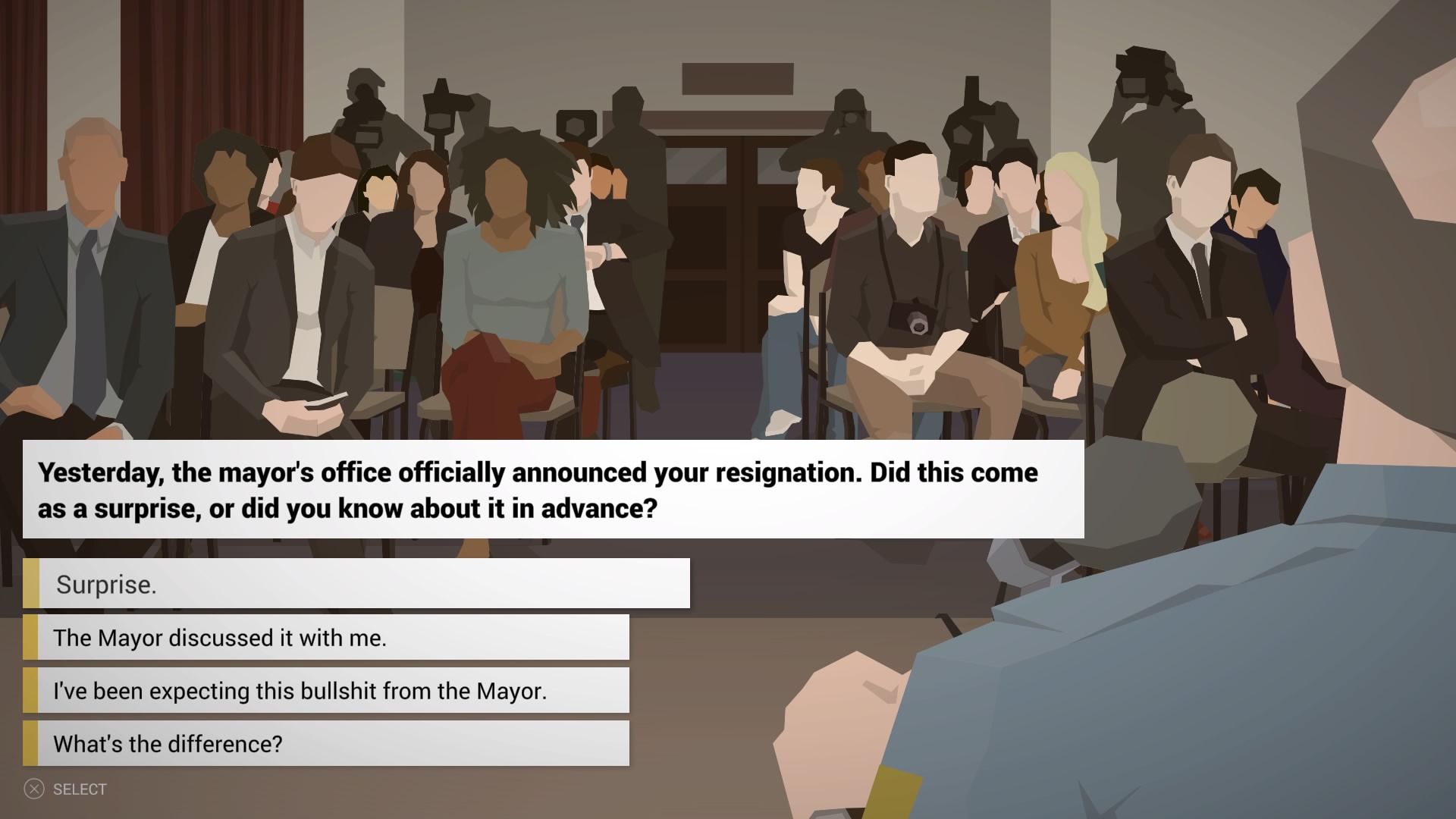 This Is the Police is an adventure strategy game out now on the PS4. You play as Jack Boyd, a police chief who’s being forcibly retired by the mayor. You play out the final hundred and eighty days on the job as you try to raise $500,000 to retire on. 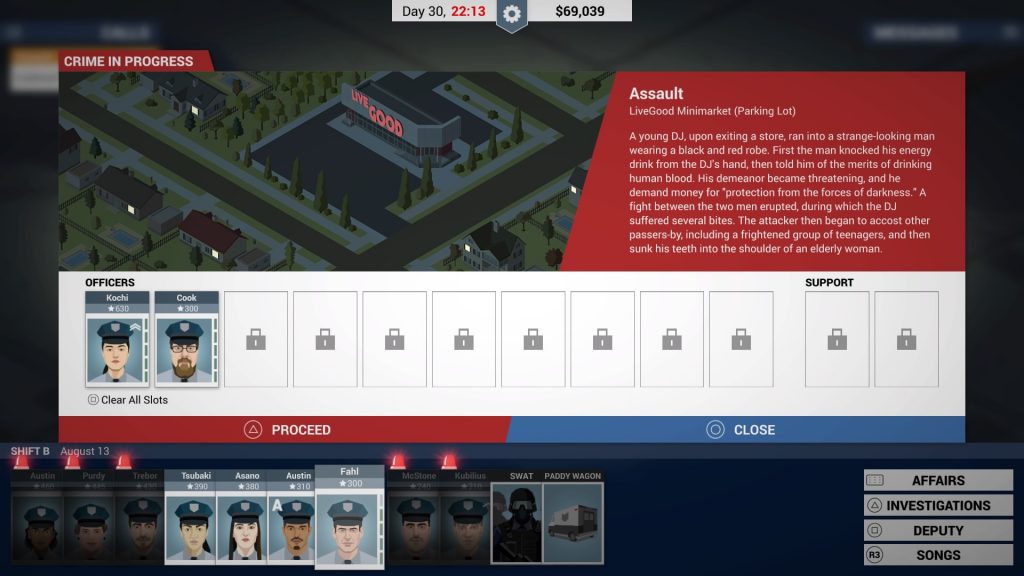 The cutscenes that play out are quite attractive. Primarily they’ll just be panels like in a comic book using blocks of colour but there is some basic animation at times. The voice work is also great which helps as despite the strategy element there are a lot of story sequences.

The actual gameplay comes in the form of a management sim. You get an overview of the city which appears as a model which is a nice effect, as time passes you turn on the lights and draw the blinds. You get to choose your own music from your record collection which has some classical and some jazzy numbers which fits the time period.

You have two teams of police who alternate shifts each day. Jobs will come in and it’ll be up to you to assign who attends. Depending on the severity of the job you can send between one and the whole team, plus SWAT or a Paddy Wagon if you feel it’s necessary. Each cop has a professionalism rating that decides how effective they are which also comes into play. Successfully completing a job will improve this stat which makes combining your best officers with your worst an important tactic.

You can also promote people and when they’re in a team everyone ups their game but it’s up to you if you promote your strongest cop or hope the promotion will improve one of the weaker ones. Cops also have personalities. Some may have drink problems which can affect their work and their political beliefs come into play later. Some will ask for the day off with the lamest excuses whilst others may have a legitimate reason, it’ll be up to you how lenient or not you choose to be. 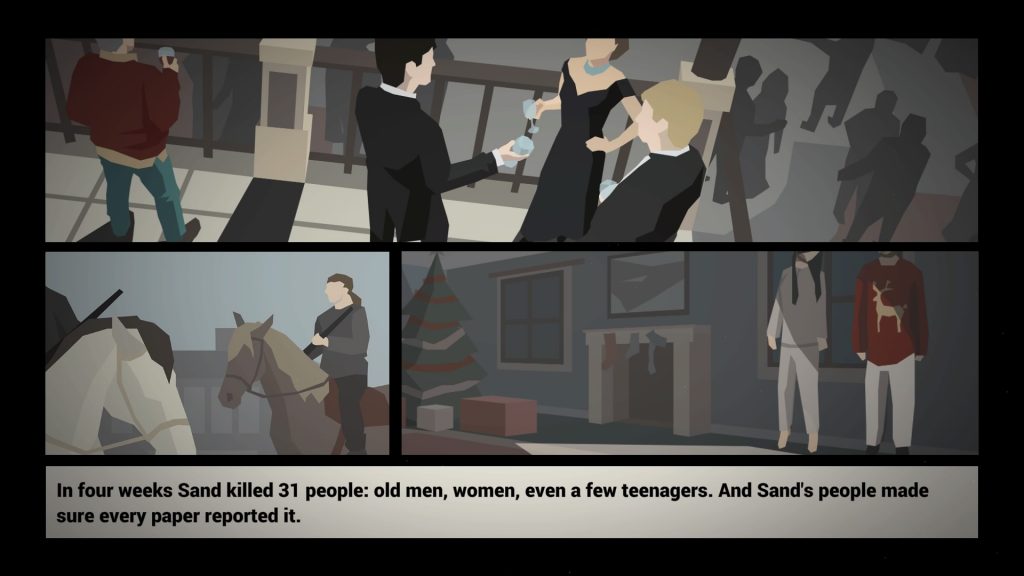 Certain jobs will require some input from you as your officers ask for instructions on how to proceed. If there’s a bomb do you tell them to cut the blue wire, evacuate the building or wait for the bomb squad? If there’s a hostage situation do you tell them to take the shot, talk them down or tell them to drop their weapon? These seem to have a correct answer to get the best result but it adds a little more interaction to a generally hands off game.

The best case scenario has you send some officers to a job and they arrest the suspect without any police or civilian casualties. However if your cops mess up then they themselves can die or the public could pay the price or both. A botched job has a negative effect on the cop’s professionalism. Successfully completing jobs and managing staff so that you can attend all legitimate reports (some are false alarms) is the key. If you fail to keep standards high then City Hall will take away your funding, lessening the amount of police you can hire. Similarly about once a week you can request the ability to hire more staff or take a pay rise which will be granted if they feel you deserve it.

Speaking of City Hall they’ll also stick their noses in from time to time to make life difficult for you. You’ll have to complete these side jobs to keep them happy though they’re generally a pain. The first example has them requesting you fire all black officers as there have been a spate of murders and they don’t want any dead cops on their hands. Later you’ll be asked to have your force be at least 50% women to appease protesters or firing your older staff. You gain little from ignoring these other than not having to go to the trouble of ripping up your team, I ignored the initial one and went with my conscience and I got nothing for it which is a shame.

On top of all that the mafia have an influence over you. This comes into the story as well but they’ll pull off crimes and ask you to turn a blind eye for a contribution to your retirement fund, or send an officer or two to help in a gang war. You don’t have to do this either, it’s an important balance to keep City Hall happy and the mafia whilst also adding to your nest egg and just trying to keep things moving smoothly. 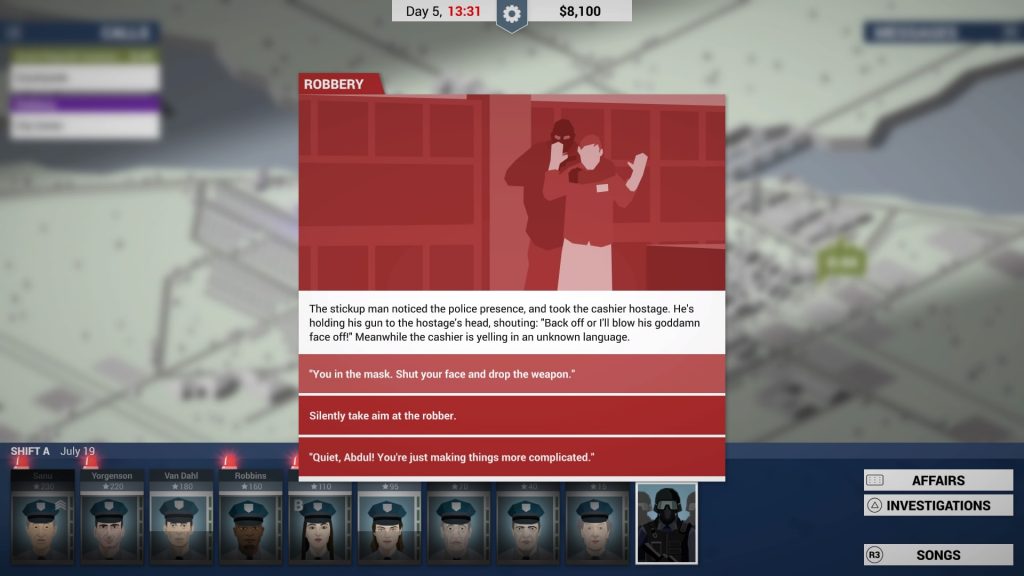 Bigger crimes require detectives which you also hire, fire and assign the same as the officers. Putting detectives on a case will have them trying to figure out who did the crime and taking statements over the course of a few days. Once they’ve got enough thoughts you then have to figure out the order of events to get the right suspect. The statements will give you clues about what happened at which point you need to place some photos in the correct order.

Initially it’s pretty simple with only a few things to get right but this increases as the game goes on and your detectives might have some wrong information in there too which confuses things. Some of the images can be difficult to decipher which unnecessarily adds to the difficulty, like is that hand picking up the brick or putting it down? Once you get the correct order the game straight away gives you the suspect and you can attempt to send a squad to apprehend them so at least you don’t have to second guess whether you’ve got it right or not.

The game continues like this for the six months, though new wrinkles and things to consider do appear as you progress. You don’t play every single day but this is still a very long game. The story portions can be quite frequent at times book ending days but then at times you won’t get any story updates for a while. The middle portion of the game especially can drag a little. I did enjoy the simulation aspect but it can get a bit repetitive and when the story elements dry up then it can be a bit of a struggle to continue on. 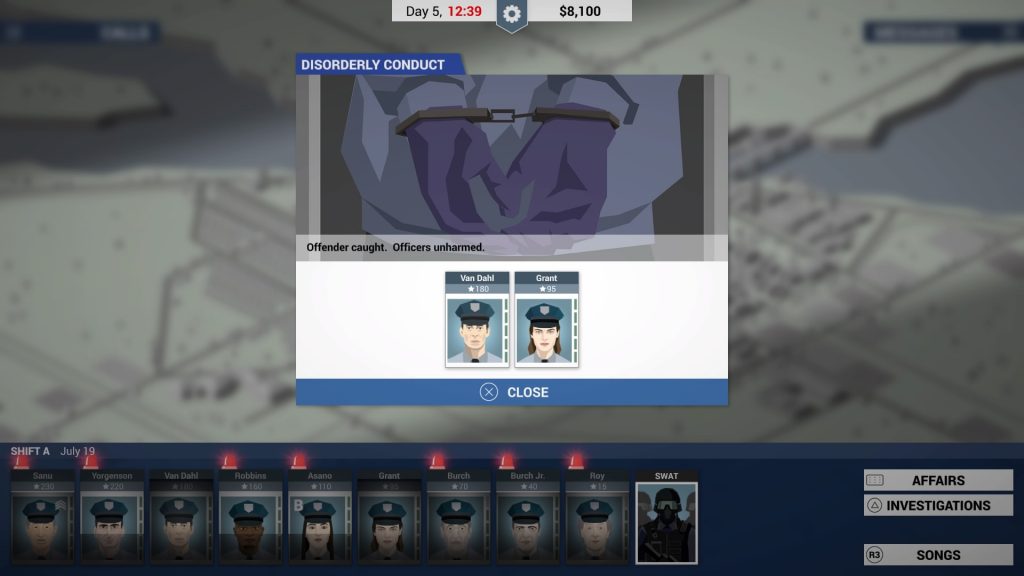 If you do end up enjoying the simulation aspect and the story then you can’t really complain about the value for money in This Is the Police. I feel the experience could have been tightened up a bit as it does become a bit of an endurance test at times but I think all the separate elements are good, the balance just isn’t quite right.

This Is the Police
6 Overall
Pros
+ Strong story
+ Simulation aspect is fun
+ Great presentation
+ Some good music tracks
Cons
- Can drag at times
- Detective cases could be visualised better
Summary
This Is the Police is an intriguing story with a decent simulation game to back it up. There is a lot of game here which unfortunately can't keep things interesting for its whole length. It's well presented and if it gets its hooks in you then it will keep you occupied for a long time.