Narcos: Rise of the Cartels is an XCOM style, turn based strategy game on PS4. It’s based on the Netflix series Narcos and lets you play as either the DEA trying to stop the drug lords or the Narcos trying to run your business. I’ve only watched one episode of the show (it was enjoyable so I intend to watch more) and to say it follows the story would be a push, story isn’t a major part of the game, but key characters and events from the show are represented. 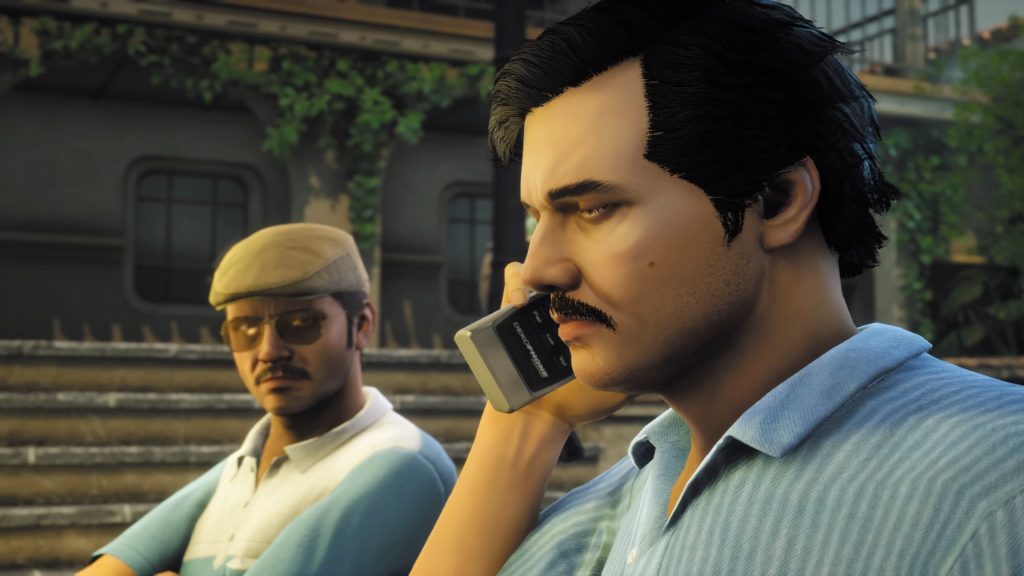 The actors likenesses are here but the visuals are on the lower budget side of things so although recognisable the game, understandably, doesn’t spend too much time in cutscenes and close ups. In fact there is little getting in the way between you and the tactical gameplay which is both a welcome and limiting factor.

Whichever side you’re playing as your base is represented by a simple menu. You can look at an intel board that fills as you play through the game but there’s no real reason to, really all you can do from here is look at your men and launch a mission. Your squad can contain up to five people, one of which can be a leader (main characters from the show) and different classes which use their own weapon types.

If someone dies then they’re dead for good, unless it’s a leader in which case it’s mission failed, so you’ll need to recruit more for a cost. You get money from completing missions. Main missions are locked until you complete a handful of side missions which are either free and low risk with a smaller reward or cost money to attempt but with a higher monetary reward. That’s it, there’s no base management which as I said means the turn around between missions is short but it does mean all the gameplay is in the tactics with little to do outside like an XCOM or the recent Phantom Doctrine (oh wait, that was over a year ago. How!?). 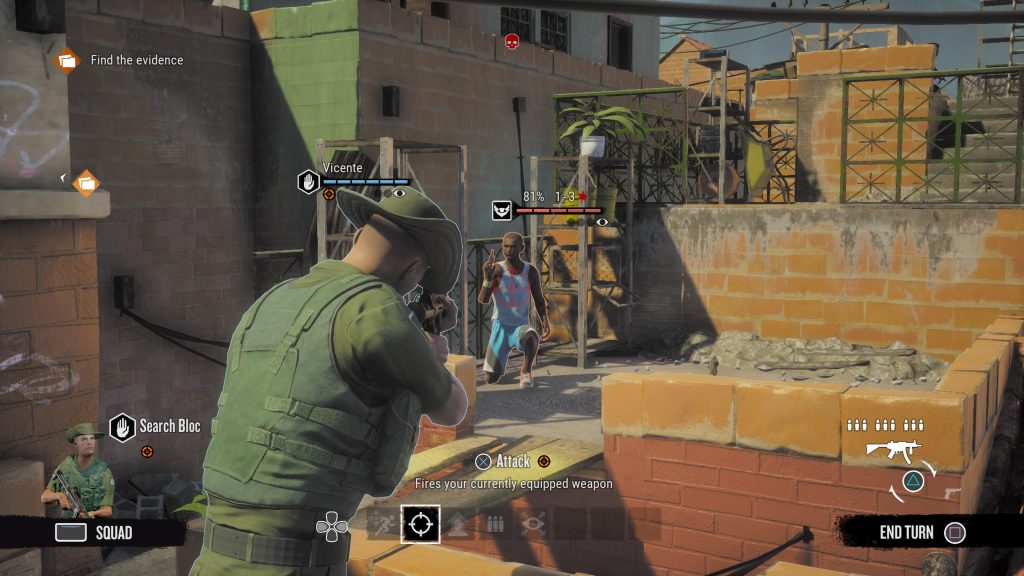 There are quite a few different mission types, but really you just want to shoot everyone. Sometimes that will be the objective, other times you might need to collect certain items on the map or extract or protect another character and shooting people will just be a by-product of that. Upon entering a map you can choose which positions your team start in, sometimes being able to place them in different areas on the map. Shotgun wielders are lethal close up, SMGs can hit multiple people if they’re close enough, rifles are good at range, grenadiers can launch attacks from across the map and pistol users tend to have pretty effective abilities.

There’s no stealth mechanics or anything like that, once you’re on the map the enemies know where you are. The only thing stopping them swarming you is the turn based nature of the game and the fact that each turn you and your opponent can only move one character. You have a move point and an action point and once those are spent your turn is over and the enemy gets a go. This is really quite limiting in your tactics and quite often I’d complete a mission using one or two characters whilst the other three sat unused. 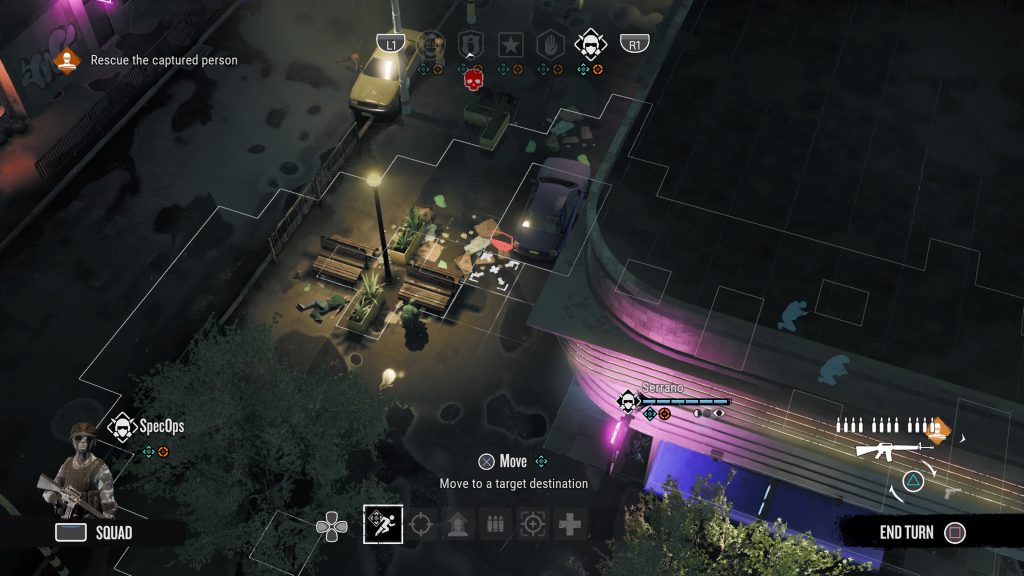 As you complete missions characters do level up and gain new passive and active abilities which do give you more options in battle, and there is a form of overwatch that is slightly different which can be utilised to decent effect. By not acting or moving on your turn you earn half a reaction point or some abilities grant whole ones to you. If you have a reaction point as the enemy moves into view the camera changes from the traditional overhead view to behind the shoulder and you can aim and shoot manually to put some damage on your opponent. Similarly if you shoot someone and they’re left with one health point then you’ll go into ‘Killshot’ mode which is the same thing, allowing you to manually aim and finish off your enemy.

It’s rather basic as time slows down and it’s not going to test your Call of Duty skills or anything but I did enjoy it and did work them into my tactics. Cover plays a part with high cover and half cover and you get a percentage chance of hitting when choosing who to shoot at. As each attack fires off multiple shots however just because one misses doesn’t mean they all will so a 65% chance shot isn’t all or nothing, you might just do two out of a possible four damage, for example. 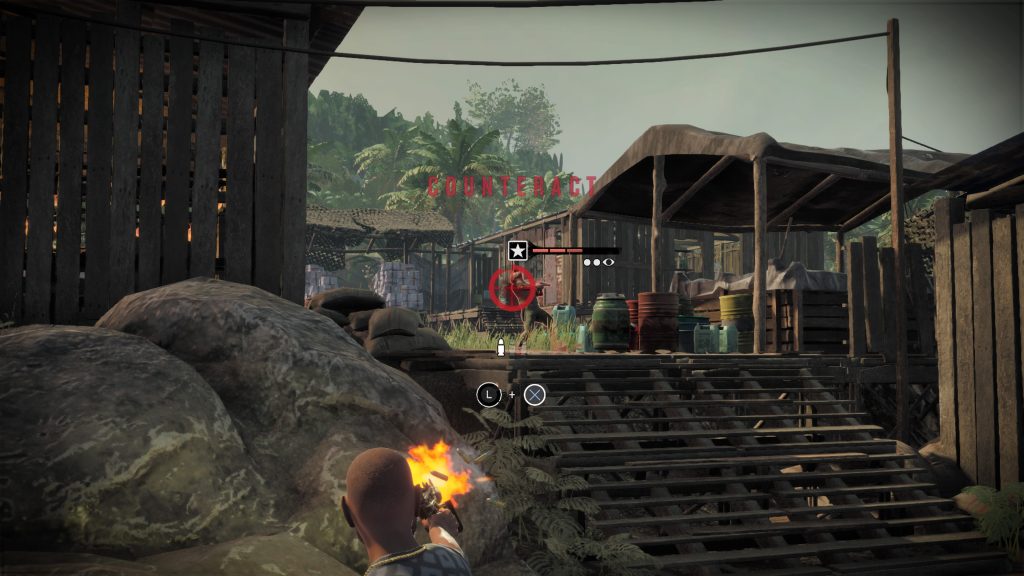 Complete a mission and if a character got hurt too much then they’ll be out of action for a mission or two, though as long as you don’t move your character on their turn you have the ability to rest which will restore one health point and you can do this indefinitely if the enemy aren’t forcing you to move and there’s no time limit in the mission, which there usually isn’t. It means the game is quite easy, once you get your head around only moving one person per turn. That’s not to say no one died on my watch, but it was far less tense than, say, an XCOM and even if someone did die I was never too torn up about it. If a character is at the max level (which increases as you make your way through the game) then any experience they would have earned goes into a pot that you can give to anyone so you accrue quite a stock pile which allows you to level up any new recruits without a problem. Again, a feature that is both welcome and hinders the gameplay a little.

Whether you’re playing as the DEA or the Narcos doesn’t really effect anything other than the story beats of the main missions. You have the same character types and have similar objectives and have to complete a handful of side missions to progress either way. It’s a slight disappointment that there wasn’t any variety but for £25 you get nine main missions in each, which with you having to do side missions in between will keep you busy for a while. Although I have my issues with certain design choices I did enjoy playing the game, probably thanks to the fact that there’s no base management to get bogged down in. You lose depth but it keeps the game moving. 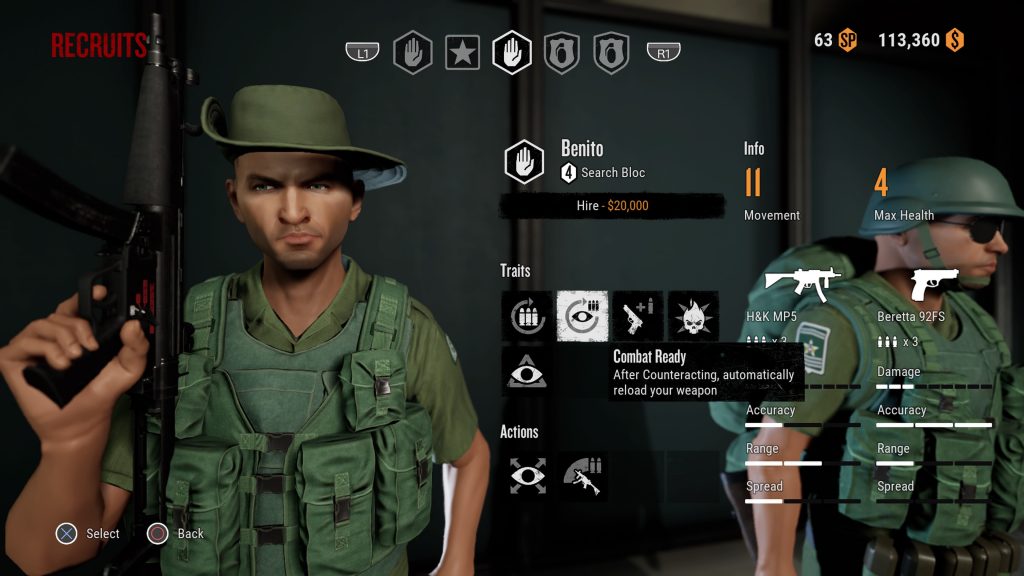 Narcos: Rise of the Cartels is fun if you know what it is going in. If you’re expecting something with the depth and polish of the recent XCOM games then you’ll be disappointed, but know that this is a slightly shallower experience, more of an appetiser to XCOM‘s five course meal. That doesn’t make it bad, as I said I’ve enjoyed my time with it but whereas I often fire up XCOM and think about it when I’m not playing it, even after all this time, I think this time next year I might have enjoyed the Narcos series but will have mostly forgotten about the game.

Narcos: Rise of the Cartels
6 Overall
Pros
+ A lighter XCOM experience
+ Reaction shots and Killshots are fun
+ Some very useful abilities to unlock
Cons
- Graphics are low budget
- Only being able to move one character limits things
- Shallow experience thanks to lack of base management
Summary
Nacos: Rise of the Cartels is a simpler XCOM. To a degree the simplification is to its detriment, but I still had fun with the lighter tactical elements, even if I missed some of the depth of its inspiration.