From developer 24Frame and original publisher Kadokawa Games by way of western publisher PQube, we have METAL MAX Xeno Reborn. That’s the branding, so we’ll go with Metal Max otherwise. This is actually the sixth game in the mainline series, just not one we’ve seen in the Occident otherwise.

Metal Max Xeno originally came out in 2018 on PS4 and Vita and the Reborn part refers to the fact that this is apparently much the same game, just with a graphical lick of paint and a far more open world experience than the prior linear experience. We didn’t review it the first time round, so you’ll have to excuse our unfamiliarity otherwise. Also, the original publisher NIS America saw fit not to port this to Vita in the US and Europe, so fuck them. 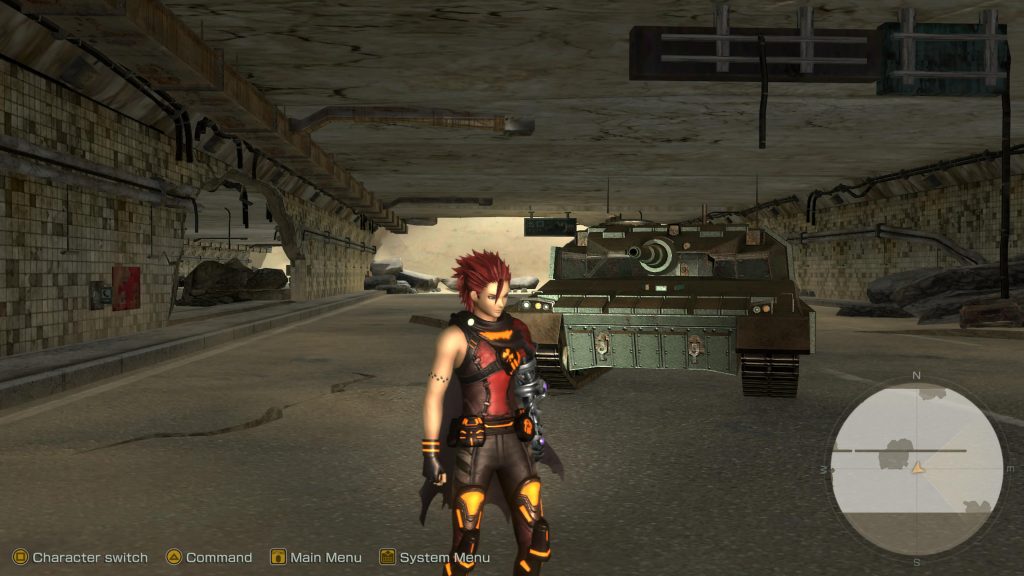 Metal Max is billed as a post-apocalyptic JRPG with open-world and tank vehicular combat. That description pretty much nails it but doesn’t really do it justice. You see, Metal Max is glorious. Sure, it’s not much to look at and the JRPG tropes that prevail feel very PS2, but somehow it transcends its component parts.

At the outset you are in what’s billed as an undersea tunnel. You’re not so much spoon-fed as we’ve grown used to in contemporary games as thrown into the action. Any more complicated matters are buried in a menu if you want to explore. We sorta muddled our way through organically anyway.

You’ll spend most of your time in a tank or a vehicle of your choosing, the first of which you’ll get in the starting tunnel. Quite why a perfectly serviceable tank is conveniently abandoned there is another matter, but eh. It turns out that humanity has been reduced to a few remnants and “the mother computer” NOA has reduced Tokyo to a barren desert wasteland for reasons not entirely clear at the outset. 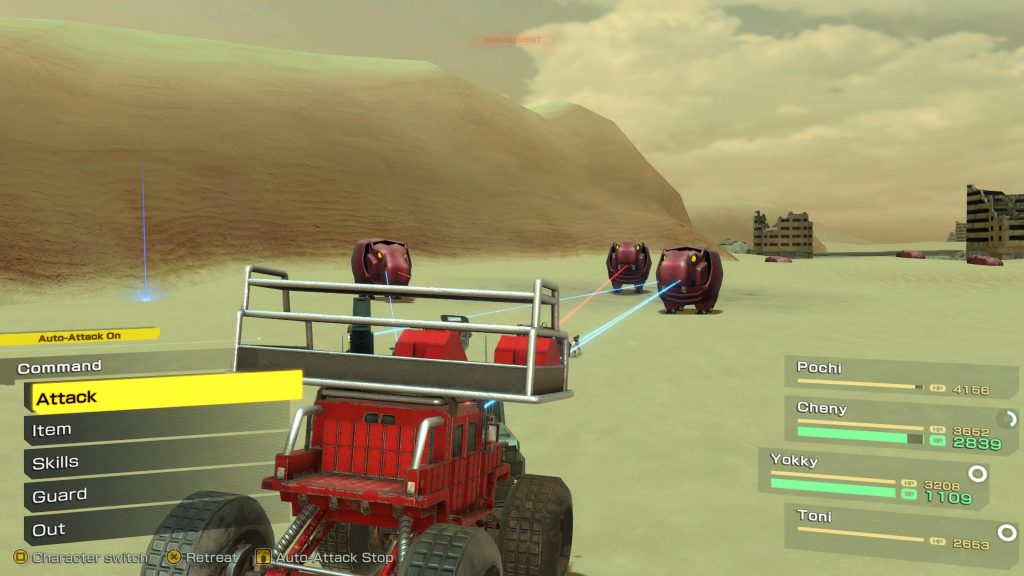 After a few battles against ants, you’d be forgiven for thinking you’d stumbled into an EDF offshoot, but other enemies soon come to bear thankfully. You’ll soon happen upon what turns out to be your main hub for all missions. There’s a grizzled old guy, a slightly camp barkeep, and a helper robot at the outset.

The old guy likes you to collect albums and the barkeep likes you to retrieve booze for him. The latter is well worth doing for the new dialogue it unlocks as well as a fun joke, though thankfully it is just a joke. Let’s just say if Metal Max were a Yoko Taro game your playthrough would’ve ended somewhat abruptly.

When you meet a new character or acquire a new vehicle you’ll be prompted to change their name to one of your choosing, except for some reason you’re limited to just five characters. We’re not quite sure why, but we suspect it’s due to the original Japanese name field being limited to five katakana characters. 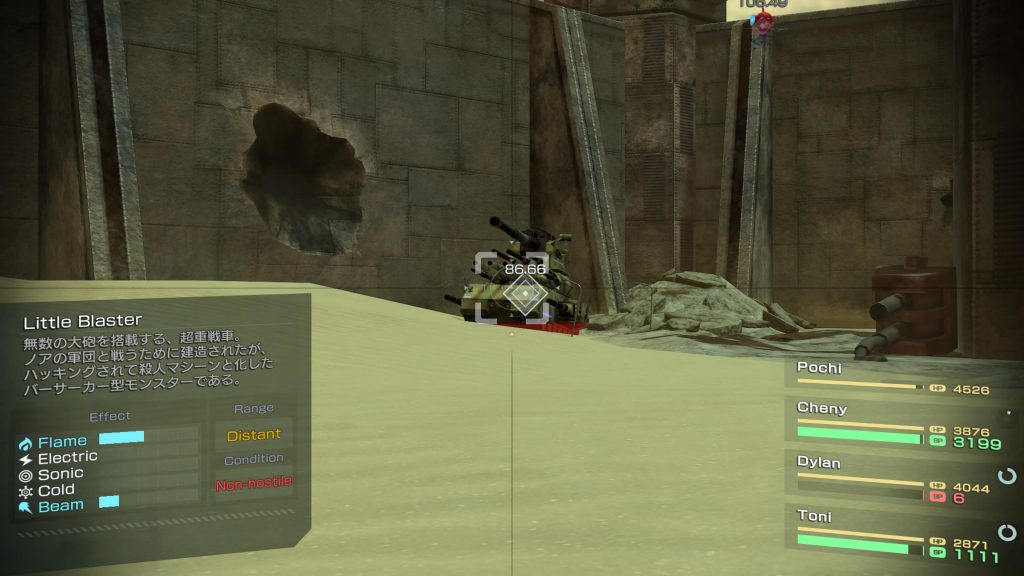 On the subject of the original Japanese, there’s occasional enemies that have no English translation on their description. At all. We get the impression of a slightly rushed localisation job, especially when a tank barrel component is called a breach rather than a breech, not to mention the fact there’s no English voiceover at all. Another fun transposition is when you find a reagan. That’s a ray gun between you and me.

You’re gently encouraged to fulfil the secondary quests, the first of which lets you unlock your first companion. We decided after this point to keep all the secondary characters names as they were, not least as five characters was a bit limiting, Anyway, Pochi the shiba-inu is amazing. We must’ve seen publicity shots for Metal Max previously as a dog sat on a tank seemed immediately familiar to us. When you engage in battle, Pochi disembarks and lays into enemies too.

He’s the only character not directly in control during battles, though you can change his loadout to reflect the vulnerabilities of particular enemy types. Slimes hate fire for example. Yes, slimes just like in a Dragon Quest game. So far so JRPG. The same goes with the boss characters, their vulnerabilities are shown when you target them. A perfectly valid strategy is to target them before they aggro you, then withdraw and change your vehicle loadout to fit. 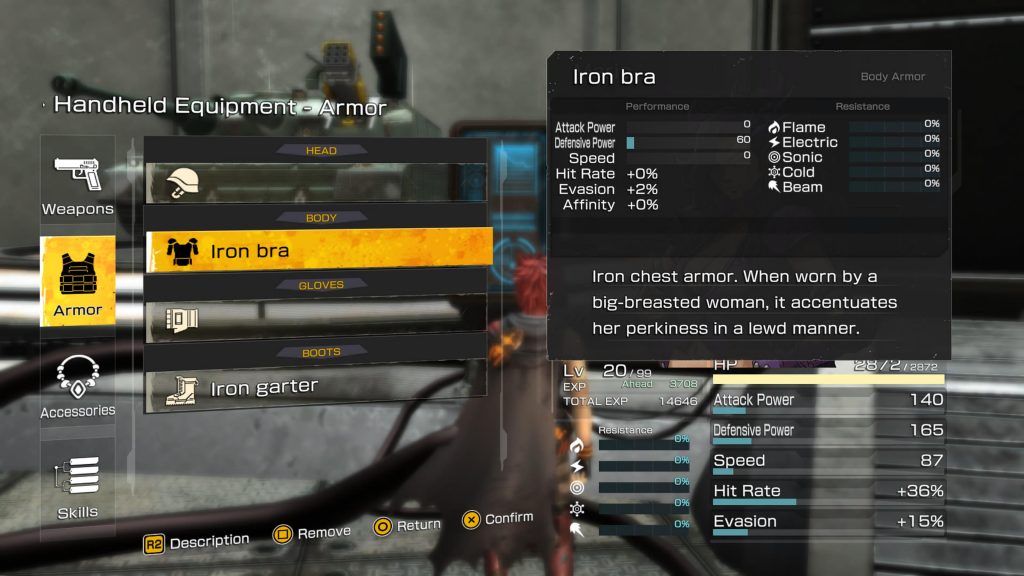 As you progress, you’ll encounter various survivors who are incapacitated, as well as ten vehicles. The latter being found either with the metal detector or by defeating a boss for the most part. All of the vehicles are fully customisable in terms of loadout, though early in the game you’ll not have enough vehicles for your party and one of your number will be shanks pony in the meantime.

With regards to your party, while you can recruit four extra party members, you can only have three in your party at any one time. Practically this means you have your main guy, the healer you hopefully found early on and one extra. So, in effect, there’s three characters you might want to rotate out to ensure that you don’t have a low level scrub that’s no use.

Combat takes a little getting used to before you get a feel for how it pans out. Against low level mobs early on, you’ll do well to simply take pot-shots from a distance. It’s an effective strategy and due to the way enemies don’t twig their mate’s head has just popped off, you won’t end up pulling huge crowds. 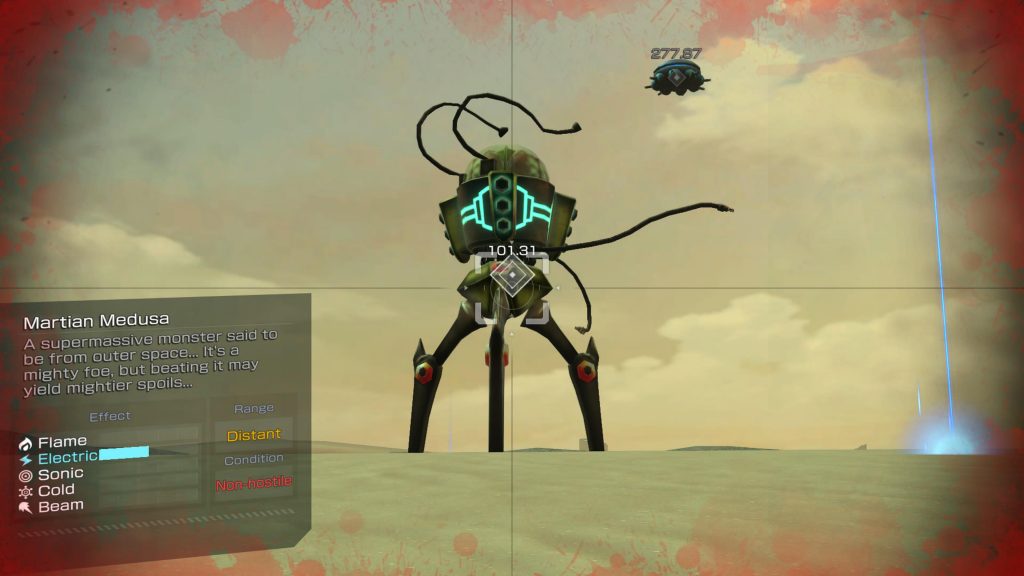 When you first face the named enemies, bosses of a sort, you’ll do well to run away and avoid them altogether lest you get destroyed completely. You’ll be hopelessly outgunned and underpowered. While you’ve a health bar, none of the enemies have any visible indication as to their health status.

Eventually you’ll feel brave enough to take them on but be prepared for any number of close fights. Moreso if your battle is taking place in a busy area. Pulling adds mid-fight can often tip the balance against you, so you’ll potentially want to pick off any other enemies before engaging them. When you prevail, you’ll get a hefty bounty payment for your trouble. 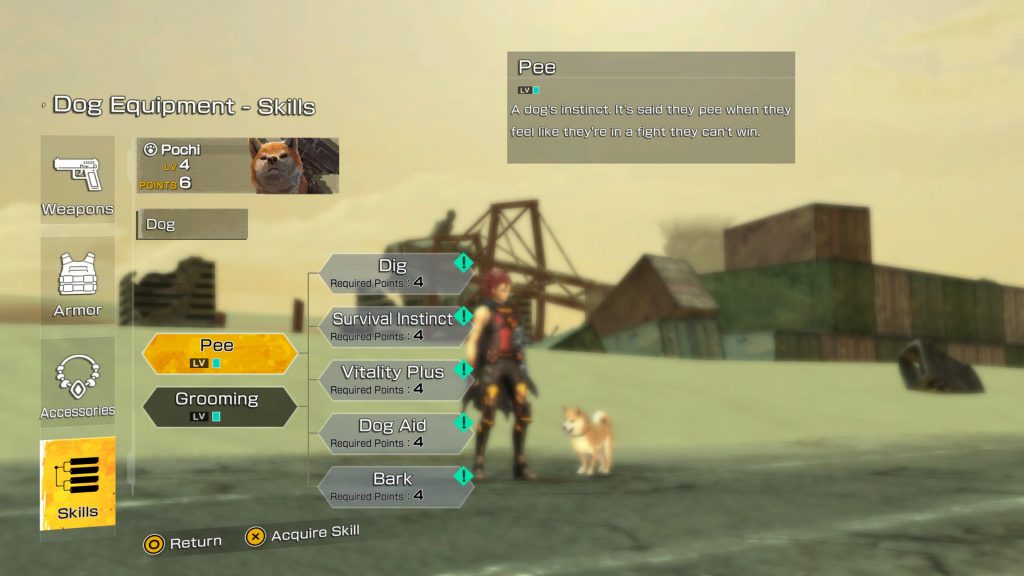 After a while, you’ll realise that you’ve been playing Metal Max for hours, most of it with a smile on your face. It’s a hard game to dislike when everything is done so earnestly. Yes, it can come across as generic at times. And tunnels are too bloody dark to see what you’re doing half the time. At least you’re not subjected to Skyrim-like bullshit like being over encumbered when you pick up an item. At worst you’ll find the overpowered weapon you want to fit to a vehicle sends it over its weight limit, but we can understand that, otherwise you’d end up with a behemoth that would crush all enemies in its wake.

In conclusion, Metal Max Xeno Reborn looks like it might be a bland generic effort, but it sure isn’t. Sure, there’s rough edges like occasionally dodgy translations, if at all, and it’s never going to win awards for its looks, but it’s a whole lot of fun with it. We’re into it enough that we’re tempted to track down the original on Vita and perhaps PS4 too.

Metal Max Xeno Reborn
8 Overall
Pros
+ Fun open-ended gameplay
+ Excellent customisation of vehicles
+ Combat isn't strictly turn based, which is nice
+ You get a dog and he's the best boi

Cons
- Graphically bland, especially in tunnels where you can barely see at all
- Some tired JPRG tropes
- Only five characters to name your toons
- Occasionally sloppy localisation has led to some omissions and bad translations
Summary
Metal Max Xeno Reborn is a great game. Don't judge it by looks alone and you'll be rewarded with a fun deep JRPG with a quirky translation and great gameplay.