From Rainy Frog aka Martin Magni, comes Mekorama released by Ratalaika. Subsequently you get PS4 and Vita ports into the bargain. If we were in the business of elevator pitches, we’d go with a small but perfectly formed puzzle platformer.

Mekorama is very relaxing and would be the perfect game to sit on a train and play. That is, if trains weren’t the last place we want to be at the moment anyway. The ideal thing at the start of a journey to wind down and beckon golden slumbers as you head into London. Just not at the moment. 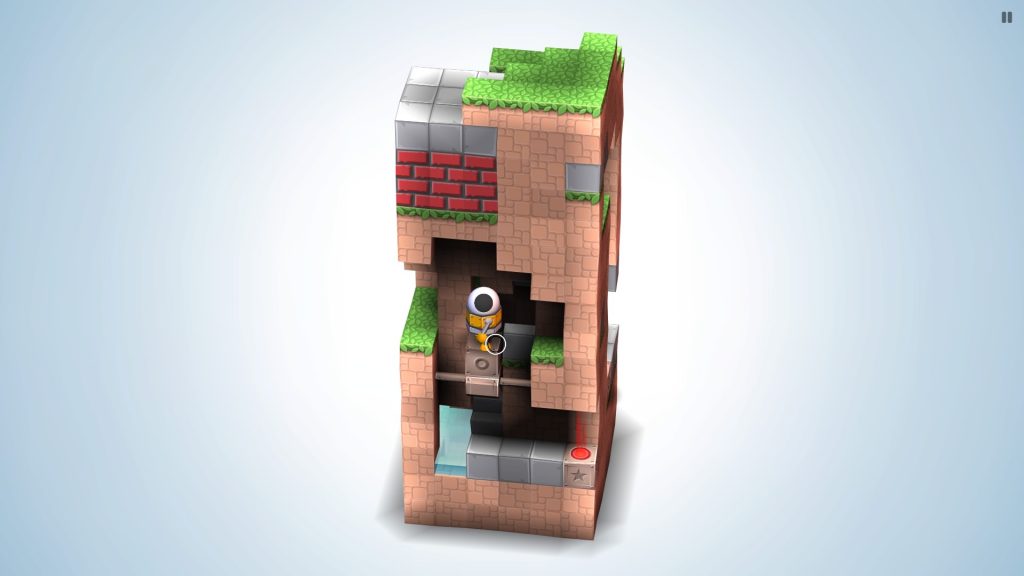 You see, Mekorama‘s slow pace is at once its greatest strength and its greatest weakness. It’s well suited to drop in and drop out play, so best played in snippets. It doesn’t lend itself to any sort of extended play. Think of it as a sudoku or picross puzzle you’ll do one or two of per session.

However, just like a difficult sudoku, you can start a puzzle and find the payoff isn’t actually worth the bother. This trait shows itself quite early on in the game unfortunately, level nineteen in fact. The level in question is titled Rotary Fun and turns out to be anything but. We did it so often before cracking it finally, that we have the sequence memorised by rote. You get from one of four stations to another by way of a wheel with four distinct heights on it. 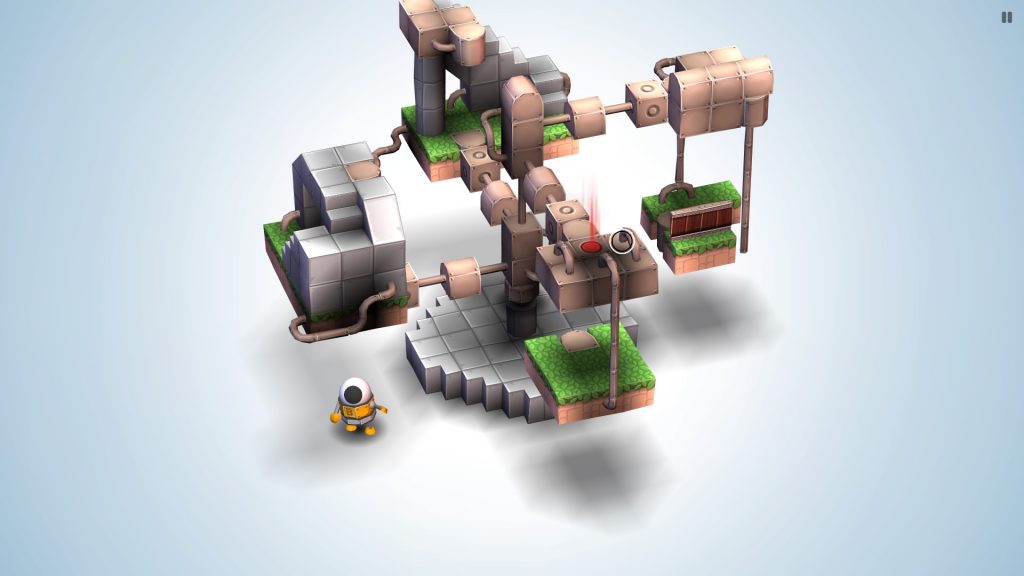 It’s not so bad the first few rotations, but when you get to the final critical step, you’ll find yourself falling off the platform. Regardless of how gingerly you do it. And fall you will. We probably played that one level a good fifty times before sacking it off and playing something else for the night. Given the cheapness of Mekorama, this could prove the tipping point for many who’ll not bother to play it again. The ability to quicksave your progress on a level would be helpful. Then you could at least not have to retread the entire level before one difficult part proving your undoing. 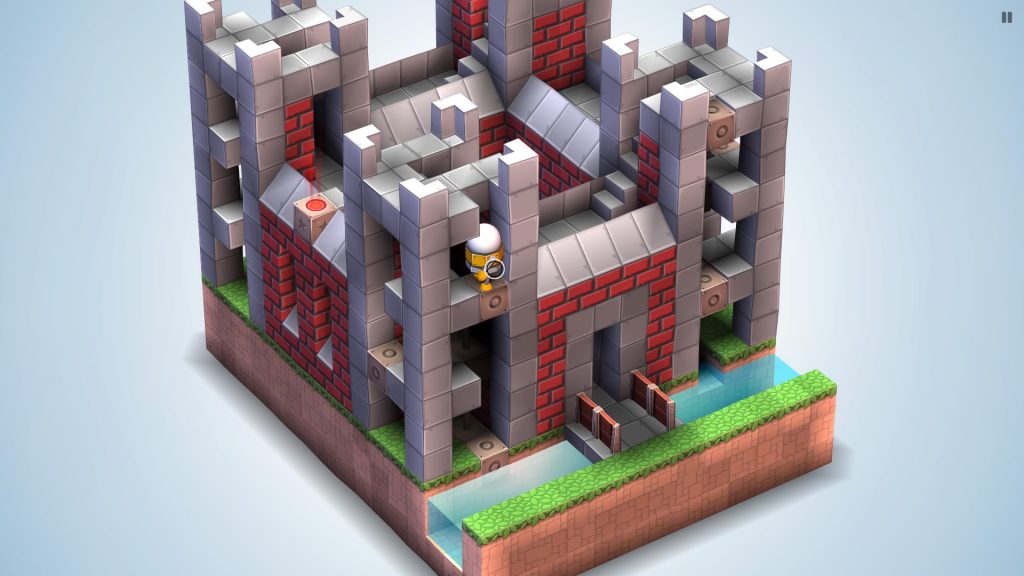 Part of the problem is that Mekorama‘s genesis was clearly on PC and the precise cursor control required is translated from a mouse. All well and good, but not so great mapped to a Dualshock 4 or a Vita control stick. The next level on is a prime example of how the controls are lacking. Several short steps are needed in quick succession, and what is in reality a small movement is interpreted as a massive sweep of the hand. 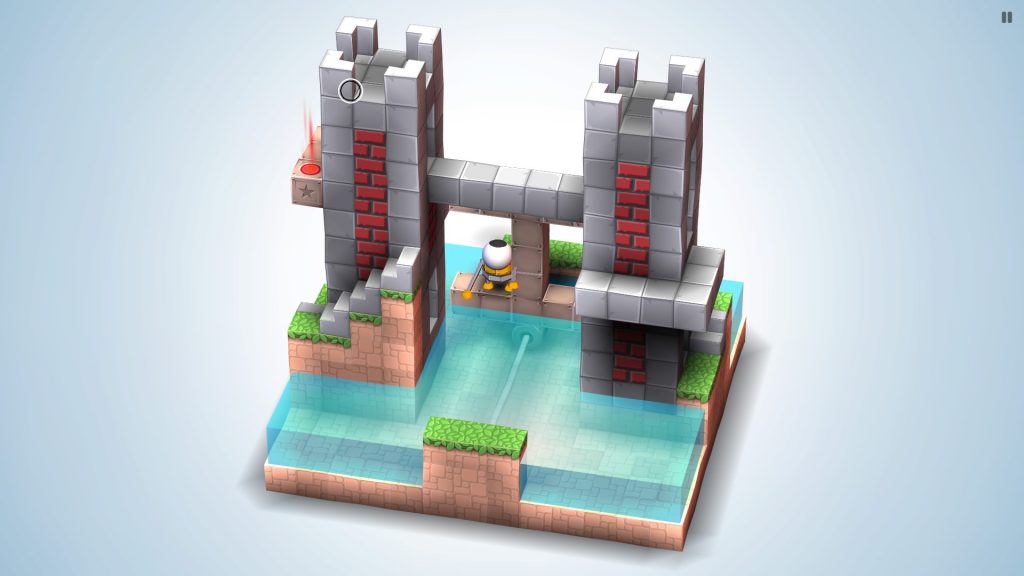 A patient approach and a steady hand is very much required. This is not a game to tear through for easy trophies as each of the hundred levels on offer here requires a deft path to prevail. Those Ratalaika fans seeking an easy rinse probably need not apply anyway. The very definition of a slow burn here.

Cons
- Maybe a bit too relaxed for some
- Fiddly controls
- No checkpointing can make for frustrating gauntlets
Summary
Mekorama is a nice hot cup of tea and a pair of slippers in game form. Not for all, but good fun to relax with. Good value as usual with the Vita/PS4 crossbuy.