Mages of Mystralia is a 3D action adventure game and from the start it looks like a big budget game as the presentation and art are chunky and well designed. The game even opens like a movie with a pre credits scene before the title card as you navigate the early environments. There is a great deal of confidence on display here which is nice to see. 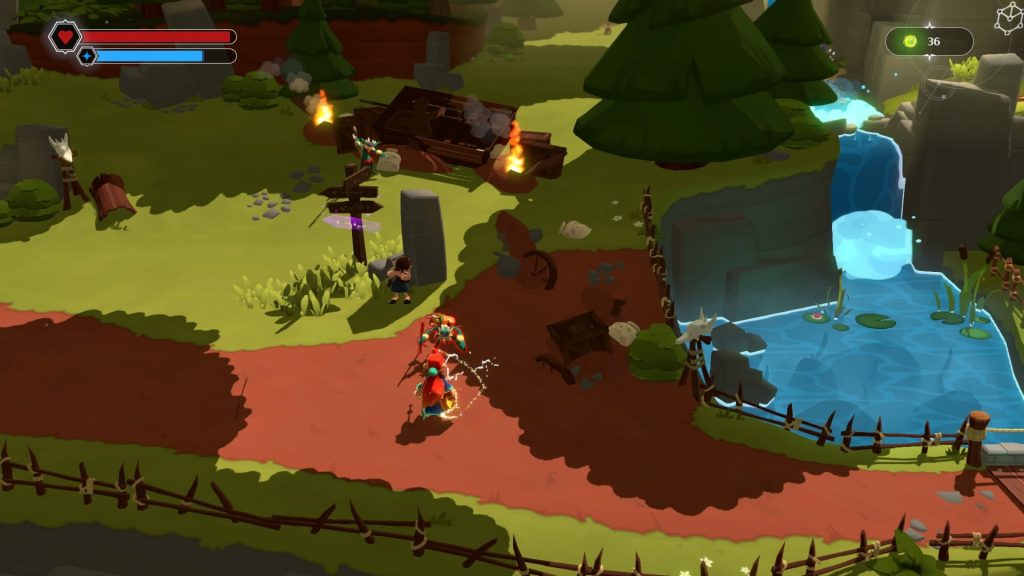 You take control of a trainee mage called Zia as she goes about learning how to use her powers and unexpectedly getting involved in a war. Viewed from an overhead angle Mages of Mystralia feels like an action RPG you’d find from the Playstation 2 days, although the graphics are thoroughly modern. You have a large interconnected world to explore which is split between zones, some of which are gated to abilities you’ll unlock. Whilst the zones are nothing unexpected they all look nice and bold, and there are some great environmental puzzles to work through.

There are a couple of towns to explore and a smattering of NPC quests to complete which serve to add a little breadth to proceedings.  There has also been a clear effort to make the side quest varied and, whilst many of them do boil down to fetch quests, the writing and settings add variety. There is also a gentle comic undertone to the writing which gives the game a breezy, easy going feel to it. It is all fairly enjoyable and manages to avoid taking itself too seriously, which is nice for a change, but this does mean the game lacks any real gravitas. 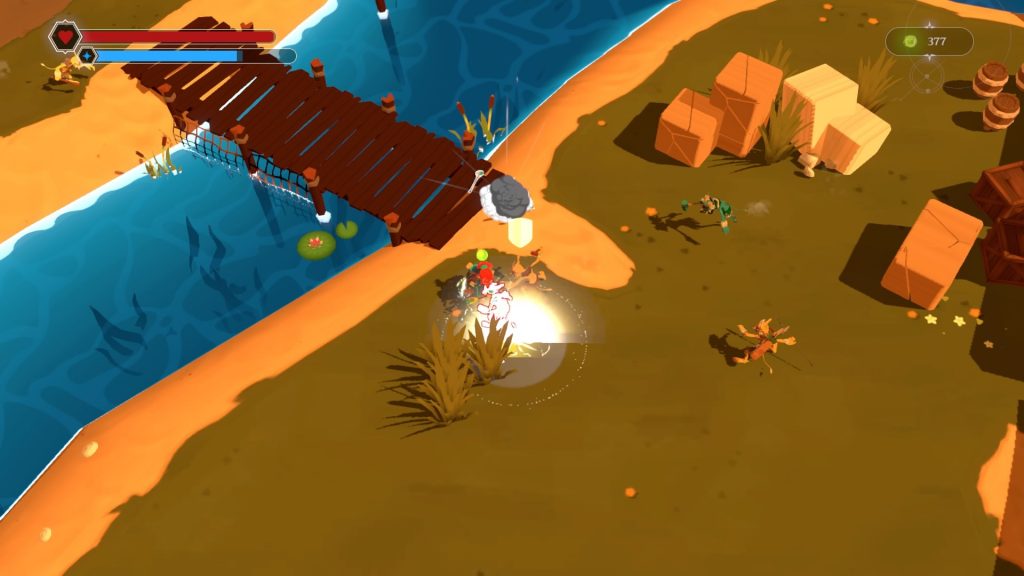 By far and away the most interesting aspect of Mages of Mystralia is the way you can make your own spells. You have four basic spells, representing ice, wind, fire and electric and these are used mapped to buttons on the controller. As you would expect Ice can freeze water to create platforms whereas fire can burn bushes that block your way.  Things get really interesting though when you unlock your first effect spell.  These spells can be things like move, duplicate, homing or curve and they can’t be used on their own.  What you can do is combine these with one of your four basic spells to create a new one, for example combining move with fire to create a fireball.

This magic crafting system is brilliant.  Things start off really simple but the new effects keep coming and before long I was able to craft some brilliantly bizarre spells. The ability to craft all these spells is worked on something which looks a big like a big runic symbol and the spells and effects need to be placed on the nodes where the lines of the rune cross over.  Adding interest to this is the restrictions in place over where you can place the effects.  You can store multiple spells, name them and then quickly switch between them via a shortcut activated by the left shoulder button.  The entire crafting mechanic is well thought out and adds loads of depth to the game. 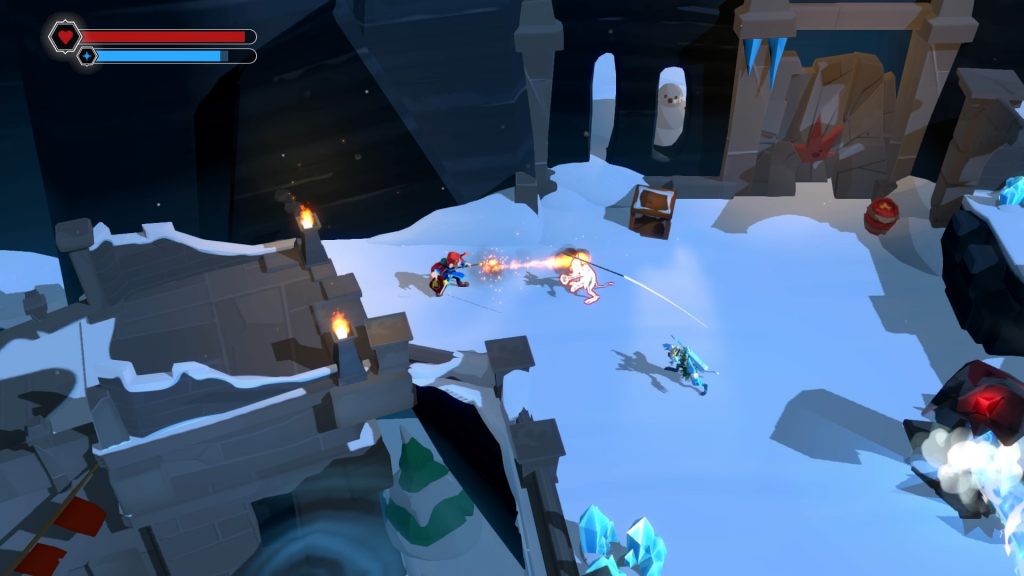 It is a shame then that I started to get bored of Mages of Mystralia for a number of small reasons though. Outside of the bosses the enemy design is very poor with rafts of generic looking baddies.  The controls also feel a little unresponsive and floaty and it is easy to get stuck on the scenery. The combat also isn’t as exciting as it ought to be and often boils down to just spamming the attack button. Given the game isn’t massive there is also a lot of backtracking and some odd restrictions in place when it comes to fast travelling to other locations.  None of these are game ruining but they do add up and just get in the way.

What you’ve got in Mages of Mystralia then is a decent action role playing game with an excellent spell crafting mechanic.  The presentation and story set this apart from a lot of other indie stuff and make the game feel grander than it actually is.  Unfortunately it is the little things which just stop this from being a truly great game.

Mages of Mystralia
7 Overall
Pros
+ Excellent magic crafting mechanic
+ Great story told with a nice breezy touch
+ Good graphics and presentation
Cons
- Samey enemy design
- The controls aren’t as responsive as they ought to be
- Simplistic button mashing combat
- Plenty of backtracking
Summary
Mages of Mystralia is a decent action role playing game with an excellent spell crafting mechanic. The presentation and story set this apart from a lot of other indie stuff and make the game feel grander than it actually is. Unfortunately samey combat and plenty of backtracking stop this from being a truly great game