We’re rather fond of a Lego game here at PSC. Admittedly, that may have been due to our predilection for the completionist gotta do it all aspect and the associated trophy haul. We’ve reviewed a couple of them on PS4 and PS5, the most recent being Lego Star Wars: The Skywalker Saga. So we have to be surprised by the fact another Lego game is along so soon after that. Only unlike the usual Lego videogame fare, Builder’s Journey is an outlier, not coming from Traveller’s Tales, instead coming from what was Lego’s internal games studio.

LEGO Builder’s Journey comes to us from Light Brick Studio, originally a wholly owned subsidiary of the Lego Group, but independent of them during the last eighteen months. First released as an Apple Arcade exclusive in December 2019, Builder’s Journey made it’s way to Switch and PC last year, finally making the leap to Sony consoles almost a year later. 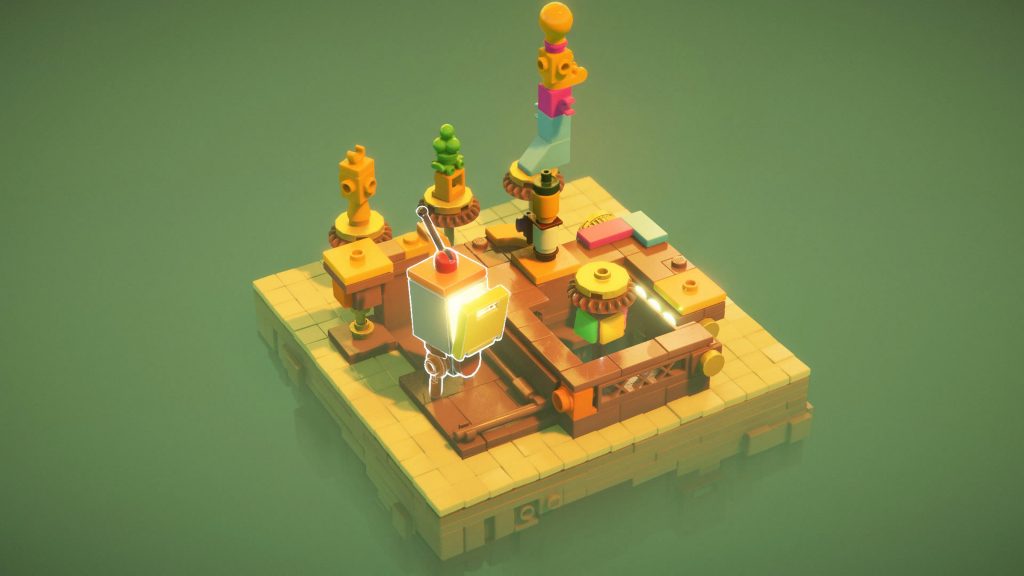 For those of you not necessarily familiar with Apple Arcade, it’s a walled garden within a walled garden, the Sainsbury’s Taste The Difference to the standard App Store fodder like Angry Birds or Cut The Rope if you will. This means that the games on there are carefully curated to present a premium experience anyway, with Builder’s Journey being an incredibly polished affair. Remarkable for what was originally a mobile game at any rate.

Betraying its roots on Apple Arcade a little, Builder’s Journey is a one-screen puzzle game that reminded us a little of Ratalaika indie Mekorama in terms of its oblique fixed camera and small play area. What will immediately strike you is how gorgeous the game is. The PS5 version has an option to enable RTX, but the standard PS4 version is still a good looking game. 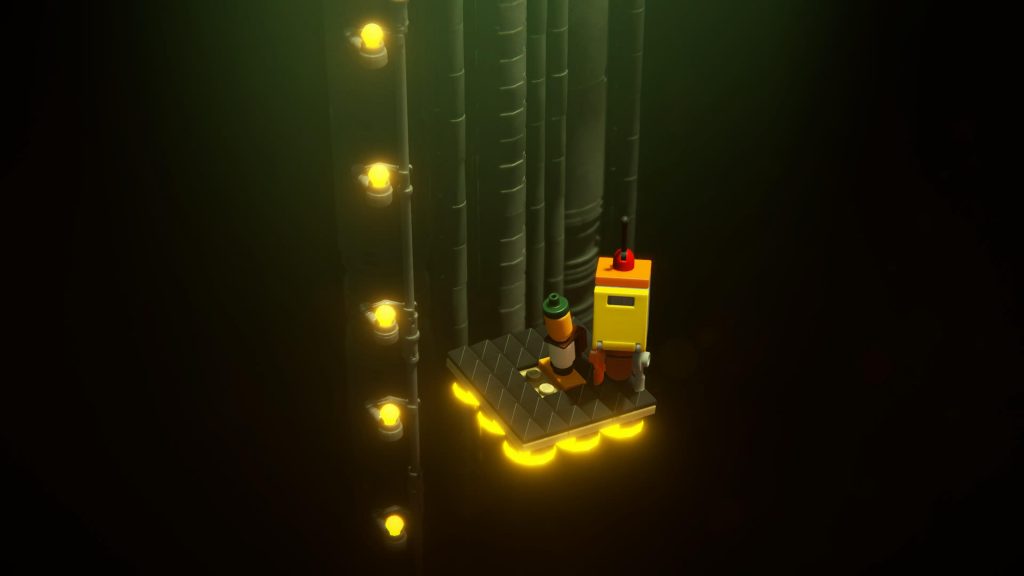 Each individual brick is beautifully rendered to give the very real impression of every single level being a perfect little diorama you could build yourself if you had the right bricks to hand. The level of detail is exquisite, with the Lego inscription on the top of individual studs being clearly visible. What Builder’s Journey also does incredibly well is to convey the physical properties of the various surfaces. An early example is mud that bloops convincingly while also swallowing up the bricks you’ve placed on it. 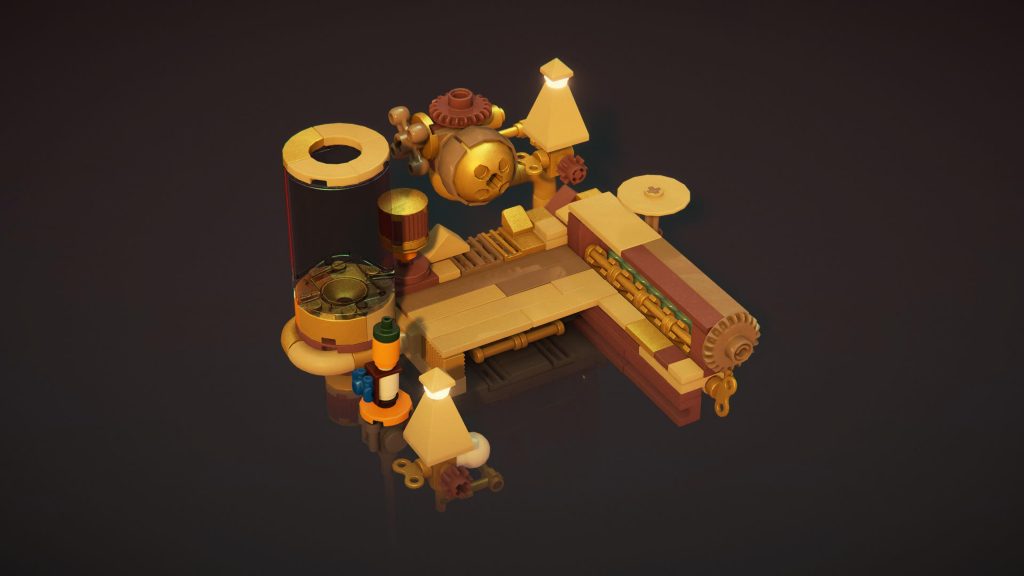 There’s a distinct tactile feel with gentle rumble when you click a brick into place, plus you have a very distinct sense of manipulating individual bricks that you simply don’t get with the mainline TT games.

Something we’ve been acutely aware of with the many indie games we play, gameplay is more important than flashy graphics. We’re happy to report that there’s no worries on that front. After a brief tutorial in which you’re shown the basic mechanics, new techniques are gently drip-fed as the levels progress through the storyline.

The opening chapters are pretty basic in that they introduce traversal, your initial goal being to make your way across small obstacle courses to reach your dad. You see, Light Brick do an incredible job in conveying a sense of character to what amount to a long box and a short stubby cylinder by way of a little animation and well thought out design. 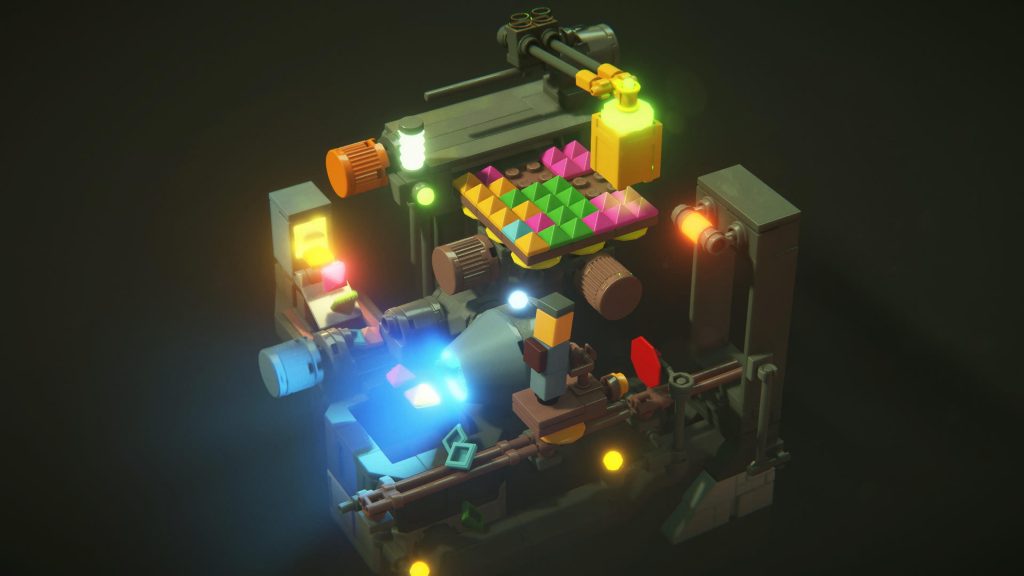 Soon a story of sorts begins to take place, though we’d struggle to recount it with any great detail. As the title might suggest, this is as much about the journey than any storyline. Builder’s Journey tends to lend itself more to short play sessions than extended binges though, especially when the more cerebral levels come into play.

The puzzles are well designed throughout with some solutions being plainly obvious when you take a long look first. Sometimes you simply can’t see the wood for the trees and will get yourself tied up in knots by way of simply overthinking your approach. Thankfully the brief levels are easy to reset, so you never feel like you’ve lost too much progress when you do. 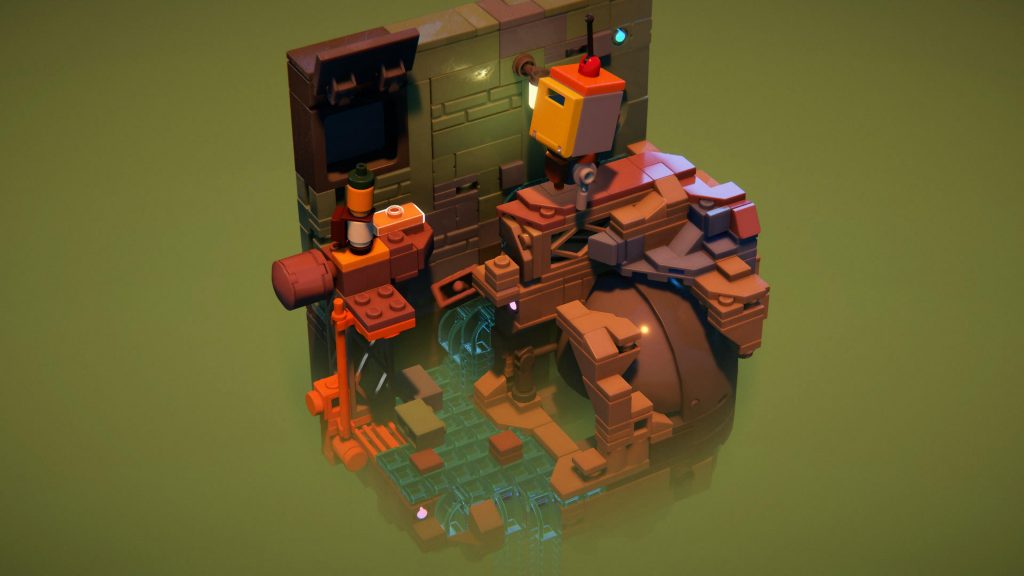 Once you get past the first main block of levels, you’ll encounter what’s best described as an eager-to-please sidekick. They’ll steadily trickle extra block types to you outside those immediately available to you in the environment.

The compact nature of the levels and the fact that outside story mode, all that’s on offer is creative mode, might lead you to think that this is a slim package. It might seem so in the context of a conventional collect-em-up Lego game, but in this case, less is definitely more. It keeps the focus nice and tight, put it that way. Regarding the creative mode, you’re very much stuck with the  random selection bricks you’re given upon a click of R3. It makes the mode feel like a nice extra but a little difficult to build anything too specific. 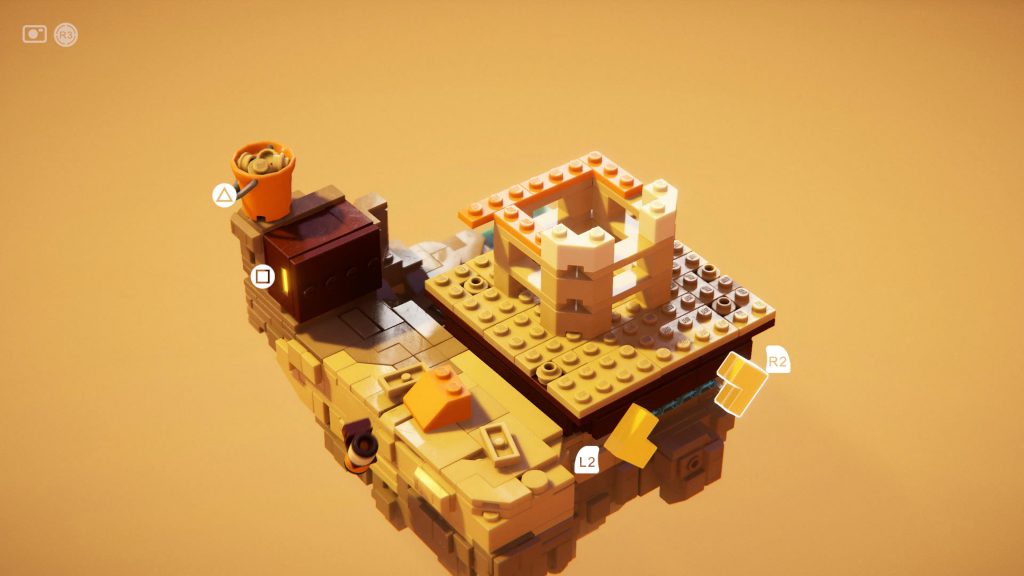 In conclusion, LEGO Builder’s Journey is a lovely puzzle game that might appear a bit sparse to some but in fact is perfectly formed. Along with nice low-key music, this is a great game to relax with of an evening.

Cons
- The wordless story is pretty forgettable
- The narrow focus might make this feel a slim package for some
- Shame that the creative mode is a bit less freeform than you might expect
Summary
LEGO Builder's Journey is a very welcome departure from the typical licenced fare we've come to expect otherwise from a LEGO game. It's tight focus, beautiful graphics and wonderful tactile feel make for a great puzzle game. Don't let the fact that this has its roots in mobile put you off. Get building!