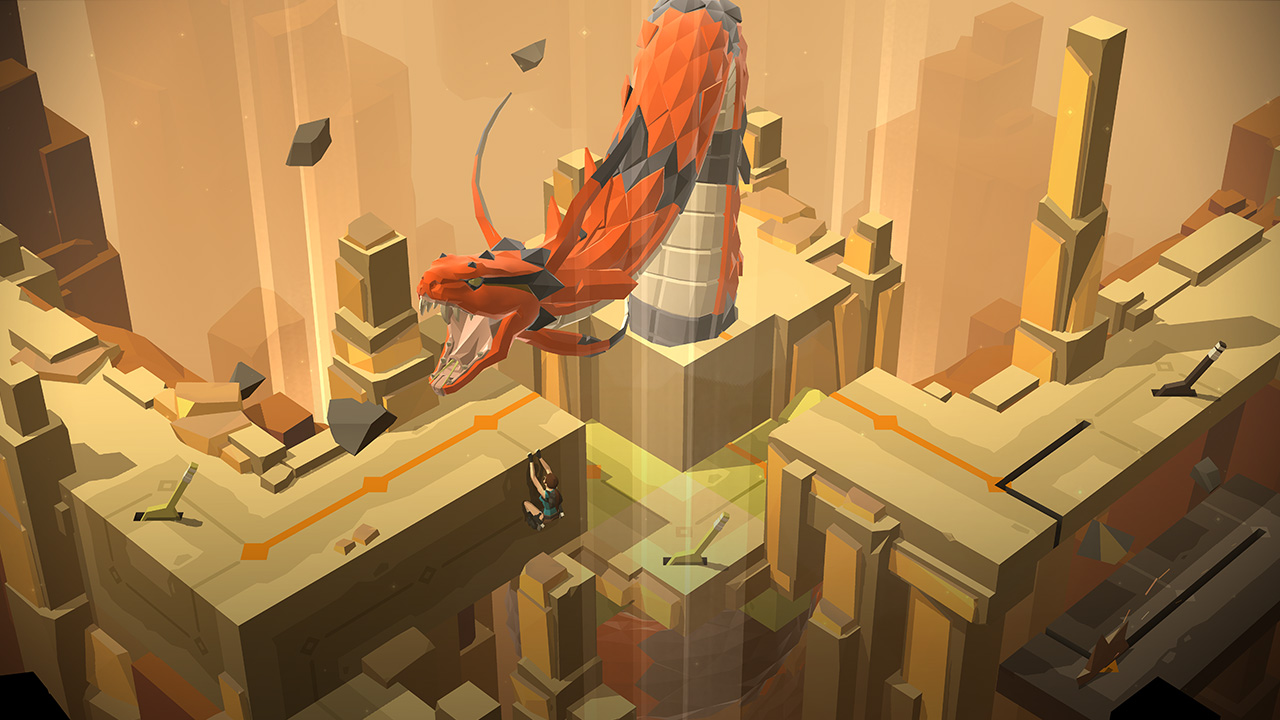 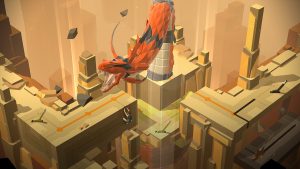 Croft GO was a surprise announcement as part of the PlayStation Experience, releasing on PSN as the announcement was made. Lara Croft GO follows in the footsteps of Hitman GO and uses the same turn based styling to explore Lara’s universe as a puzzle game.

Lara Croft GO used to be a mobile game and the simplicity of the controls and graphics are evidence of this. It’s a turn based affair and you move Lara one space at a time, each time you move the enemies and obstacles will move as well. This gives a great clockwork feel to the game and allows you to plan out your moves in advance. For a puzzle game this turn based nature works really well.

Visually the game is riffing off the original Tomb Raider with Lara definitely looking reminiscent of her PlayStation 1 roots. The game uses a very simple polygonal model and relies on the costumes, of which there are loads to unlock, to really sell the feel. The rest of the levels are a little more detailed but still have a paired back look to them and being very angular, looking like they’ve been created with blocks. It really is a nice looking game. 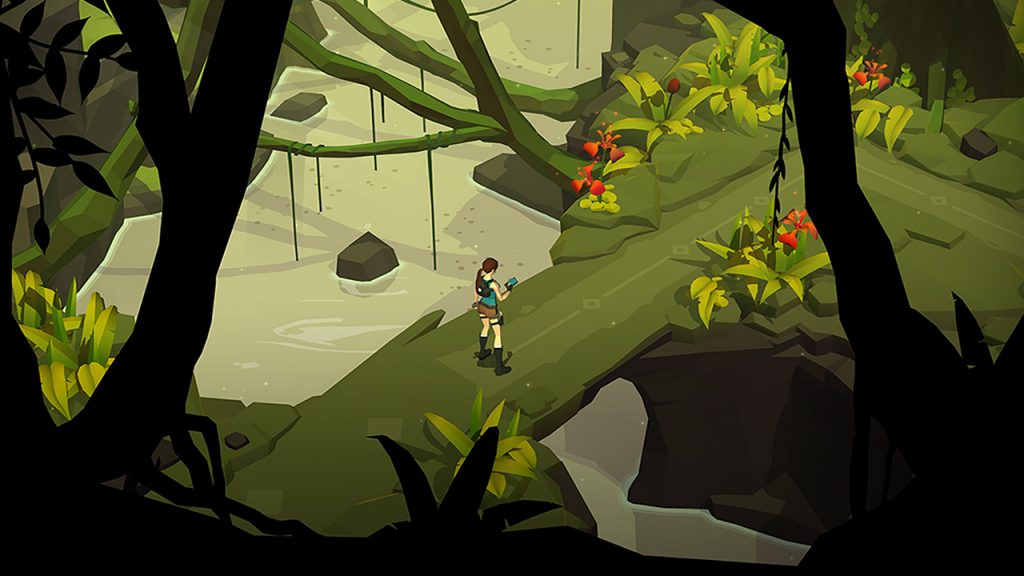 In the same way that Hitman GO distilled the franchise into it’s core elements, Lara Croft GO does exactly the same. This time the focus is on navigating the terrain and solving environmental puzzles. Lara gets to use her dual pistols and walks with the same wide gait she had in the original games. There are also a lot of really nice touches to this game from an animation stand point. Lara will sometimes vault as she climbs up ledges, and there is even a section where she does her signature swan dive, both of these things add flavour to the game.

The puzzles are great as they all have clear goals, but the ways in which you get to these can be devious. There was nothing too taxing and generally things will progress without too much trouble. It’s all switch pulling and statue moving but the way they are intermixed ensures these don’t get too repetitive.

One of the things which really stood out for me was the way the levels use the environments. There will be things in the distance you can see and eventually you’ll end up going to them. You will also climb through the levels with a real sense of place linking the different maps. By the time you’ve got the end a quest you’ll feel like you’ve been on one consistent journey. Added to this overall feel of place is the wonderful use of music and sound effects. It’s a minimal score with just enough hinted at to make you feel like you’re on an adventure, nothing is overdone here.

As with many puzzle games replayability is limited as once you know the solution the levels become trivial. What does make you come back for more though is the hidden items scattered throughout the maps. These take the form of vases which are generally well hidden behind the scenery. You don’t need to move Lara to these items as they can be hidden in both the background and foreground. On the Vita you can use the touch screen to break them whereas the PS4 uses the right stick to move a cursor around. It’s a nice feature to extend your playtime as collecting all these items will unlock additional costumes for Lara to wear which include all the series highlights. These are just there to look nice as they make no other difference to the way the game plays.

Lara Croft GO is a cross buy title and is playable on the Vita and PS4. Between the two consoles there isn’t much difference, the PS4 loads much quicker but that’s about it. Cross save is also implemented seamlessly, almost too seamlessly as it caused me some confusion whether it was even working. There is no menu option for this and it just synchs behind the scenes automatically. 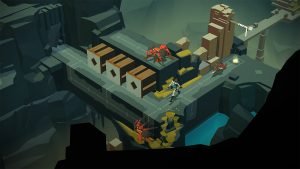 Lara Croft GO is a good package for the price. It is a tightly focused puzzle game which complements the heritage of Lara wonderfully. The art and overall presentation of the game make it stand out from the crowd and manages to leave a lasting memory, one I can highly recommend.

Lara Croft GO
8 Overall
Pros
+ Excellent distillation of what makes Lara Croft + Decent level of challenge in the puzzles + Looks really nice with great use of environmental features
Cons
- Once you've done the puzzles there is limited replay ability - Not going to be for the action fans - Load times on the VITA are a tad too long
Summary
An excellent distillation of the Lara Croft experience. With some charming puzzles and great use of the environment, this is a great puzzle game. Whilst the VITA version suffers with long loading times, this isn't an issue on the PS4.