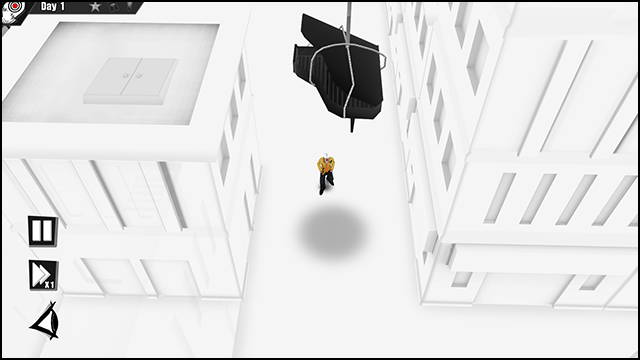 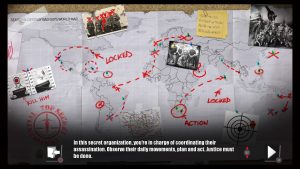 Kill the Bad Guy, from French studio Exkee, is a puzzle game where rather than matching three orbs of the same colour, you have to match a car with a bad guy’s face. It’s an interesting premise but can the full game hold your attention?

Across sixty levels you are tasked with a primary objective of ‘Kill the Bad Guy’, completing this will unlock the next level. Each level takes place in a small area and you must use what is in the level already to Kill the Bad Guy. You view the level from an isometric perspective with a God sim viewpoint and have a cursor that you can use to select items which, depending on what it is, will require a second input from you to activate. A car requires you to push the right analogue stick to the right to ‘hack’ the car and then you press and hold right trigger to launch the car, for example.

Early on the levels are as simple as waiting for the bad guy to cross the path of a car or wrecking ball and activating it, but as things progress you have to avoid people witnessing the murder and herd the bad guy to where you need him to be using obstacles or distractions.

All the levels are completely white with black objects highlighting what you can interact with and also what you have to look out for (witnesses and cameras) and the bad guy wearing a yellow shirt. It sort of works in that you want all the information to be obvious at a glance but it looks very basic and doesn’t do much for the variety of the game. 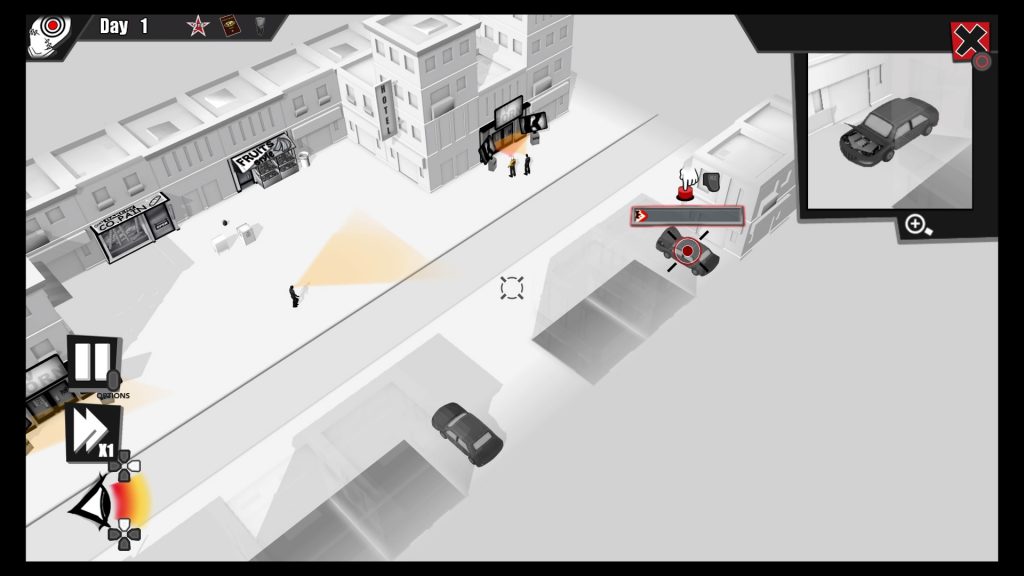 These stars gate your way to six bonus levels which are slightly different to the normal levels, having you kill zombies with a lawnmower or stop the bad guy from being killed by automatic traps. They are interesting variations using the game’s tools.

Each bad guy has a name and a bio which tries to add some humour to proceedings. There are times where it works when it’s a reference to fictional bad guys or people long in past but when it’s about very real serial killers the jokes tend not to be so funny. The entire game is pretty light hearted with an original theme song playing as soon as you start the game up and all the bad guys looking the same with a target painted on their face. Unfortunately the music is quite irritating with only a few tracks and none of them being that pleasant to listen to.

The secondary objectives I mentioned earlier are not spelled out and are merely a cryptic clue. Some are more obvious than others but some are incredibly difficult to decipher. Combine that with the physics based items you have to use and things can get a little messy, in a bad way. This isn’t a puzzle game where you can plan everything perfectly, knowing exactly how everything is going to react and just watch the chaos unfold. 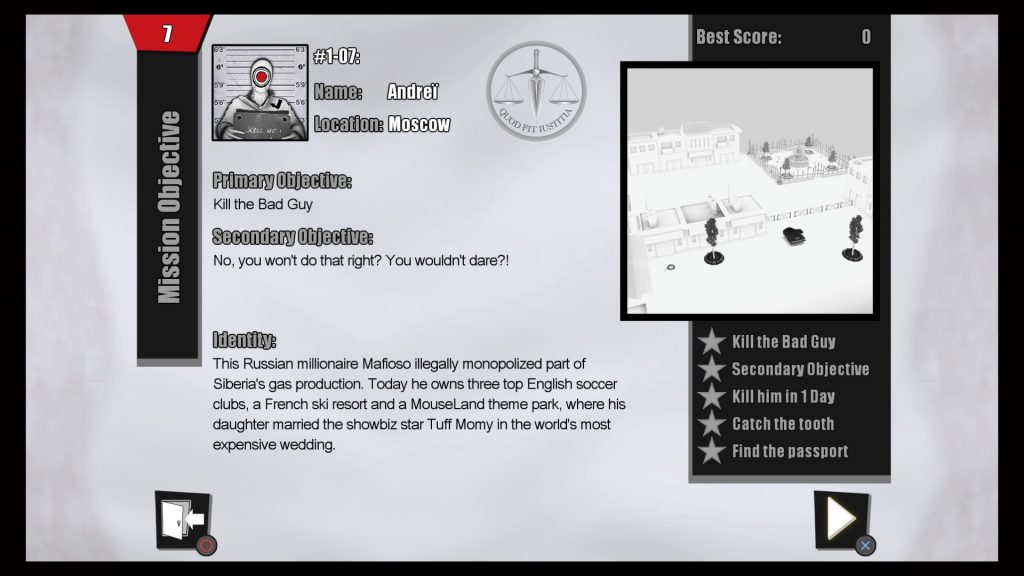 The AI seems to react differently on occasion which makes planning for an outcome very difficult and the physics are unreliable too. Throw in the need to time things perfectly (lighting a fuse on some dynamite) or hold a button for a specific length of time (a bar fills up as you start a car to see how far it goes) and a lot of things can go wrong.

There isn’t as much variety in the traps as I’d like either and using them isn’t as fun or ridiculous as the Deception games. Those games are proof that there are legs in hurting people with silly contraptions but Kill the Bad Guy’s methods are very tame by comparison.

Luckily you can restart pretty quickly but it does mean the game devolves into trial and error territory very quickly which is very disappointing. It wasn’t often I finished a level, plus secondary objective, first time although when I did it felt good. When a level did go perfectly and then the target’s tooth went flying out of the level boundary though I was less impressed at my loss of a star through randomness. 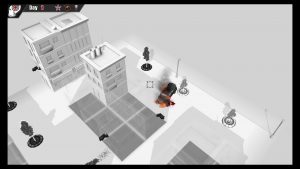 There is a lot of content here, with sixty six levels altogether, five stars to collect on each. If you do end up enjoying the trial and error gameplay then there is a lot to get your teeth into, but I found the game became frustrating very quickly. Even when I knew exactly what to do I wouldn’t always succeed and in a puzzle game where the figuring out is supposed to be the fun part that isn’t great. There is a good game in this premise but Kill the Bad Guy is not quite there yet.

Kill the Bad Guy
5 Overall
Pros
+ Lots of levels + Bonus stars give you a reason to replay levels + Fun concept
Cons
- Unreliable tools - Trial and error gameplay - Repetitive
Summary
Kill the Bad Guy is a fun concept for a puzzle game but doesn't fulfill its potential. Unreliable AI and physics make planning foolproof traps a matter of patience and trial and error which quickly becomes tedious.