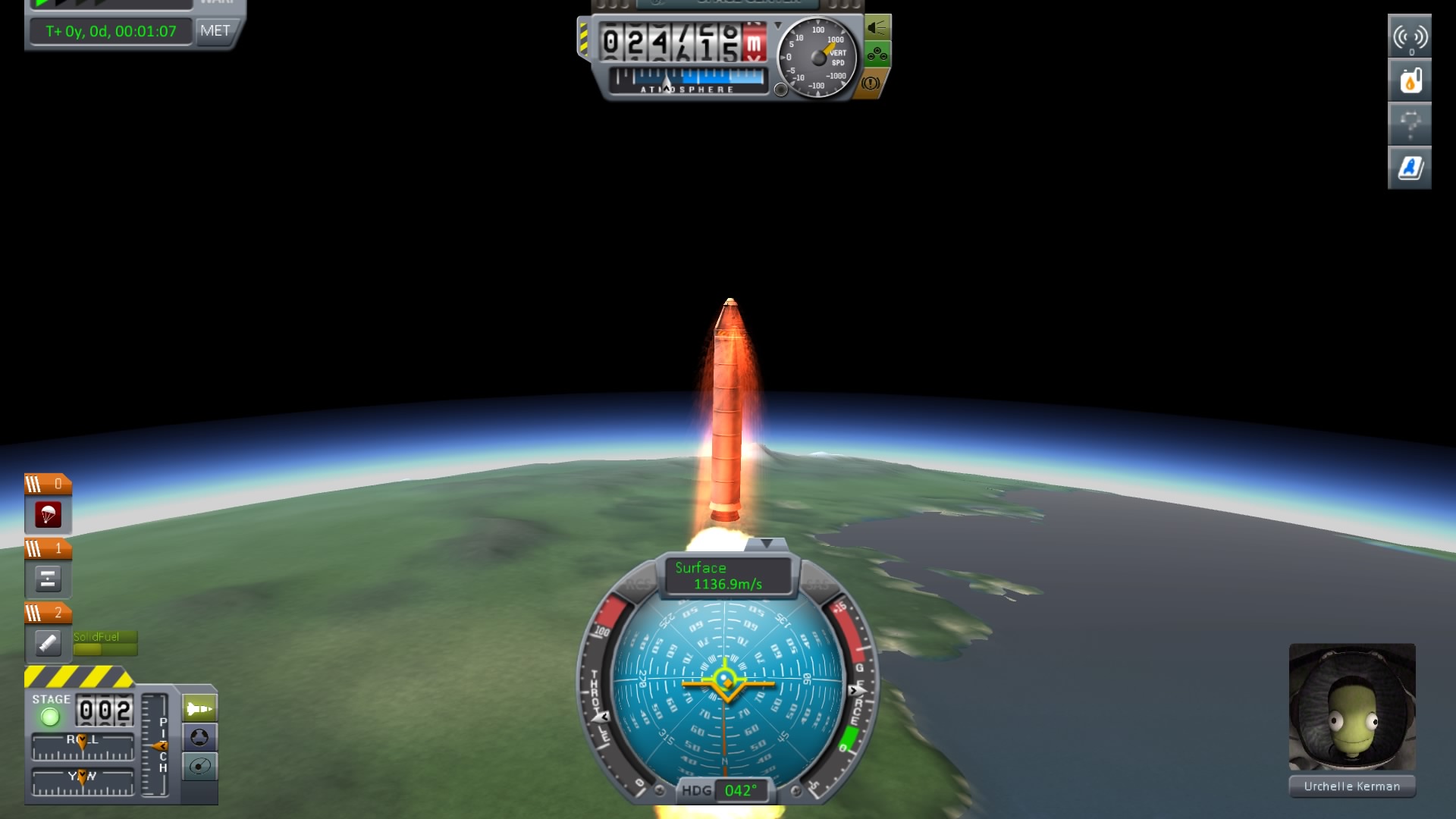 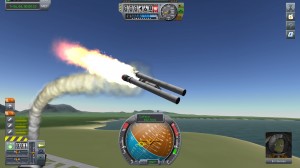 I’m enough of a space geek to understand how hard it is to build a rocket that works.  I’m constantly amazed that as a species we’ve been able to launch probes to far flung planets and get scientific information back.  However give me an infinite pot of cash and willing volunteers and I reckon I could build a viable rocket, sort of.

When Kerbal Space Program launched on PC over a year ago it was a huge critical and commercial success.  It has now found its way onto the PS4 giving us all the change to build a rocket from the comfort of our couch.  Given the game features layers of menus, and a comprehensive construction mode its interesting to see how this has translated to control via a DualShock 4.

Visually first impressions aren’t great with the game looking dated and every bit an old PC game.  It looks blocky and simplistic, and oddly empty.  There is a lack of detail in the game, and textures appear flat and drab.

There is also one hell of an imposingly complex learning curve.  This was something which was noted in the PC version, and something which has tried to be address with the inclusion of a tutorial mode.  The tutorial mode gives you a simple step by step guide to making a rocket, and contains a lot of information.  Unfortunately the tutorial mode relies heavily on text instructions.  The reason I say unfortunately is due to the fact the text hasn’t been optimised.  The walls of text are miniscule to the extent I was unable to read these from my normal playing position.  Given the steepness of the learning curve here the small text was huge barrier to overcome. 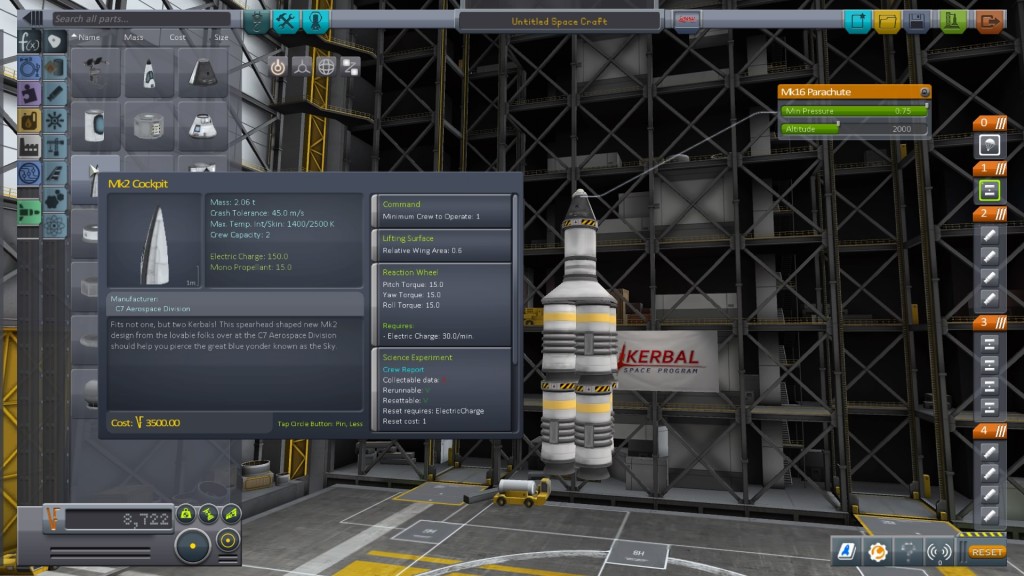 Outside of the walls of text your screen is full of abstract icons, and lists.  It’s not easily clear what these are trying to convey, particularly when combined with the tiny on screen text.  What makes navigating these screens difficult is the fact the screen still shows a mouse pointer, and you control this with your thumbstick.  This was never going to be as effective as a mouse, and it can be infuriatingly difficult to line your cursor up with the relevant buttons.  Compounding all of this is the fact controller motion controls are also switched on by default, you turn them off with a long press of the l3 button, literally the most obscure button press ever.  This leaves you in a situation where by default you are basically fighting with your self in order to align the cursor on the screen.

Once you’ve got hold of your first rocket component you can start to stick these together as you would lego bricks.  Once again though the game is hampered by poor controls.  You need to tap the X button to interact, but oddly this is really fussy often not reacting as you’d wish.  You’ve complete freedom to place your rocket components anywhere in the  hanger.  What this means is that you’ve all three axis X, Y and Z to deal with.  Managing this on a controller is problematic.  Whilst there is a sort of snap to fit mechanic in place which sees pieces snap into place, this is very sensitive and controlled by both the motion sensor of the controller as well as the sticks, resulting in items regularly being misplaced .  Once you start getting a good few pieces together things only become more difficult to manage, and often you’ll be relieved you’ve managed to get the component in the correct location after what can feel like an endless amount of miniscule adjustments. 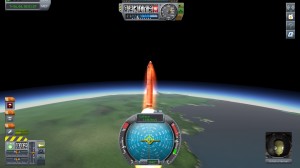 The actual launching of the rocket is a fair bit of fun.  The fidelity to which the physics have been recreated gives rise to some ridiculous crashes and explosions.  And there will be loads of explosions.  The whole game is a sort of trail and error game where you build a rocket, launch, watch the crash and then go back to refine your design.  Just making it off the launch pad is quite an achievement, and when I did finally get into space I was absurdly proud.  However this is sort of all there is to the game.  There are other space type missions you can do, land on planets, dock with other ships.  But at the end of the day the cycle of creating and then refining your rocket is what you’ll be doing most here. 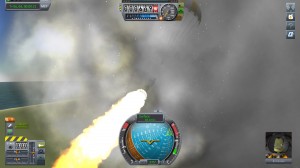 I can see the genesis of great idea here as a kind of LEGO for rocket ships.  However the PS4 version isn’t a great game to play being marred with tiny text and badly implemented controls.  Enjoyment in this game should come from experimenting with weird and wacky rocket designs, but when it is no fun to build these designs in the first place you’re left with little else to enjoy.