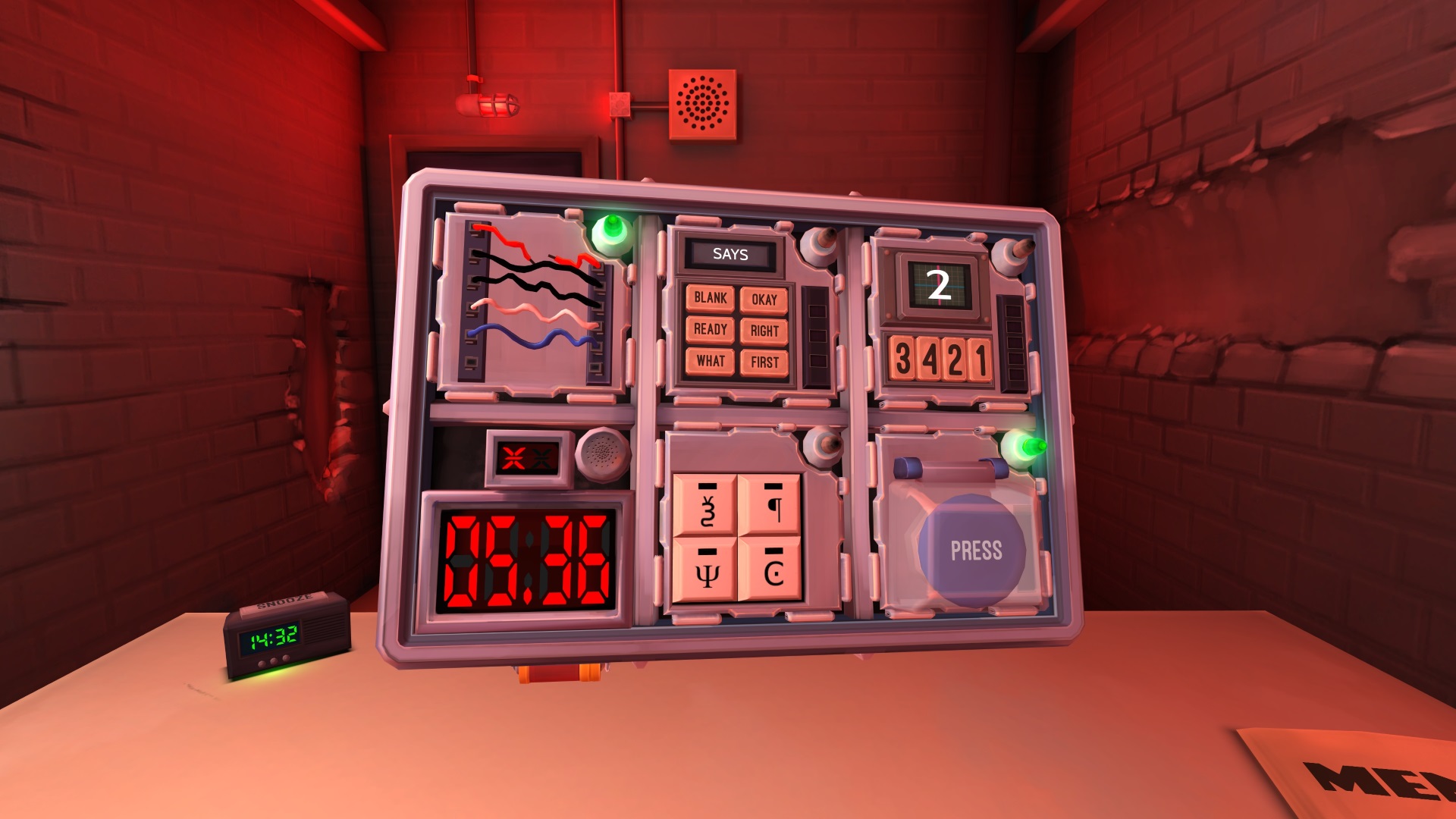 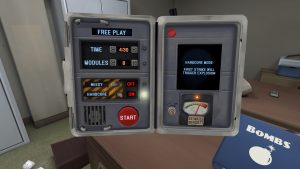 Party games are generally not my forte. No matter how much independent developers try to push couch gaming onto me it will never change the fact that I have moved on to a future of internet multiplayer and shouting over a microphone. This goes for the friends that reside in their party chat lobbies waiting for others to flit by, This feels like a bit of an unwelcome side effect of technological progression however sometimes a great experience comes around that is worth keeping on your PS4 for when socialising becomes a thing. Thanks to the shiny new VR headset these part experiences become all the more welcome as you become the favourite friend with a new toy that everyone wants to try.

Keep Talking and Nobody Explodes is a coop title with a bit of a difference. Instead of two players looking at the same screen you instead have one player with their vision in the PSVR headset while the other has an eye on the main screen, reading through a manual. The aim of the game is to diffuse a wide variety of bombs with different panels. The VR user can only see the bomb and needs to communicate with the manual reader to work out how to stop the countdown timer from fully counting down. There is another difference also, you do not need to have the manual users in the same room as you. You can actually play this game over party chat which can lead to some hilarious roleplay scenarios as players remotely give you directions over a headset, which in some way is actually fairly realistic. This is especially fun when shit hits the fan as you panic over the last panel with seconds left to go on the timer. This will test relationships if given the chance to.

This is pretty much all there is to say about the gameplay. There is nothing in the way of complicated control systems or action orientated sections to worry about apart from the distractions of lights occasionally going out or the alarm clock next to you beeping loudly into your ears as you are about to cut that crucial wire. The difficulty instead is measured by the assistance you receive from the people with the paper manual in their hands or on the main TV screen if you have a second controller handy. 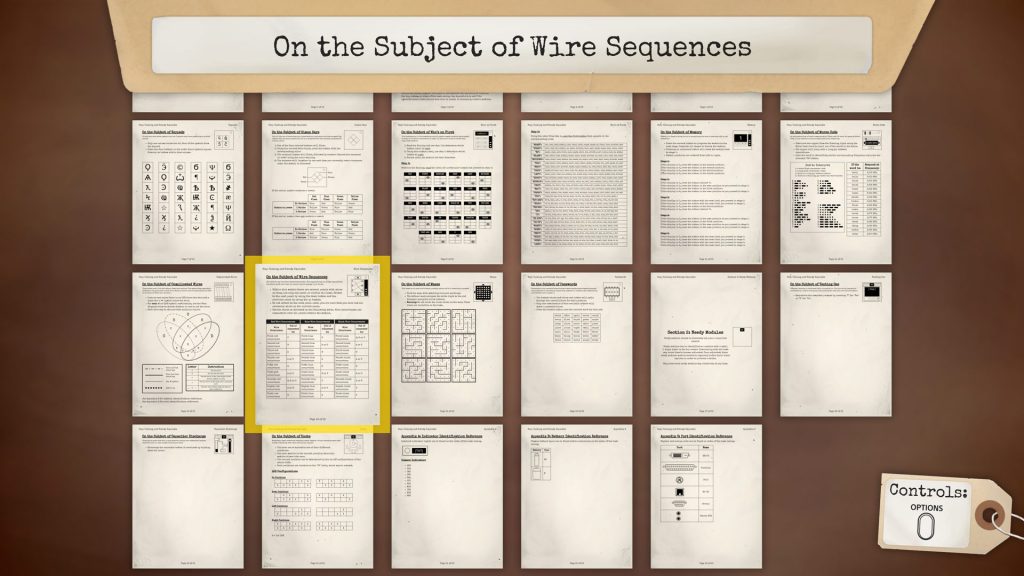 For the first few bombs it is relatively simple, with only two or three panels per bomb to worry about. These usually only consist of simple wire cuts or cryptically labelled buttons. You have to learn to be a stickler for detail as you look at the bomb as simple things like a serial number or whether the device has an RCA port can change the properties of the puzzle. As things progress however you begin to get more puzzle panels along with shorter countdown timers and more cryptic puzzles that require a fair amount of work to decipher. My wife and I managed to get quite far into the game on a single sitting as we began working out the best ways to describe parts of the bomb and how to recognise some repeating puzzles, but it certainly felt like the addition of extra people in the room would have been beneficial to help cut time between flicking through pages of the manual. Luckily there is a free play mode which is designed for whenever you hit such a brick wall of difficulty so you can carry on playing even if you can’t progress. 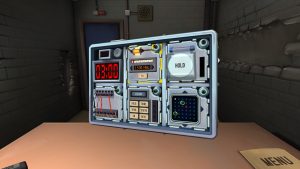 Due to the simplistic nature of the design there is little to address in terms of the VR impact. You are sat at a table with the bomb in front of you in a relatively nondescript room. You can turn your head for some control reminders or to turn off a beeping alarm however this is not really designed as a VR showcase. The sole purpose of the VR is to isolate your view from your manual holding friends so don’t expect any ground breaking graphics or visual effects. However it is simple and effective and does exactly what it needs to do. Keep Talking is pretty much based on this idea and you could argue that it perfectly achieves what it sets out to do.

Keep Talking and Nobody Explodes
9 Overall
Pros
+ A brilliant idea, the asymmetrical gameplay is rewarding and chaotic + The difficulty ramps up steadily, making sure you don't get overwhelmed easily + You haven't played anything like it before.
Cons
- Not a showcase of VR technology (although it doesn't really need to be) - The later levels can often leave you feeling that you require more people on hand to assist.
Summary
Keep Talking and Nobody Explodes is a unique and fundamentally excellent party game. It is a rare example of a game in which failure can be as much fun as success. If you have friends over regularly or have people over party chat that don't mind reading a manual then there are few cooperative experiences that can beat it.