We really liked Typhoon Studios’ Journey to the Savage Planet when we reviewed it back in January. So we were pleased to see the announcement for the first paid for DLC pack, Hot Garbage. Using the already well implemented teleport system, you can get right into the action with no preamble on a brand new save if you so wish. In our case, we carried on where we’d left off at the end of the campaign. This proved to be a good move as our unlocked moveset came in very handy tackling some of the trickier situations. 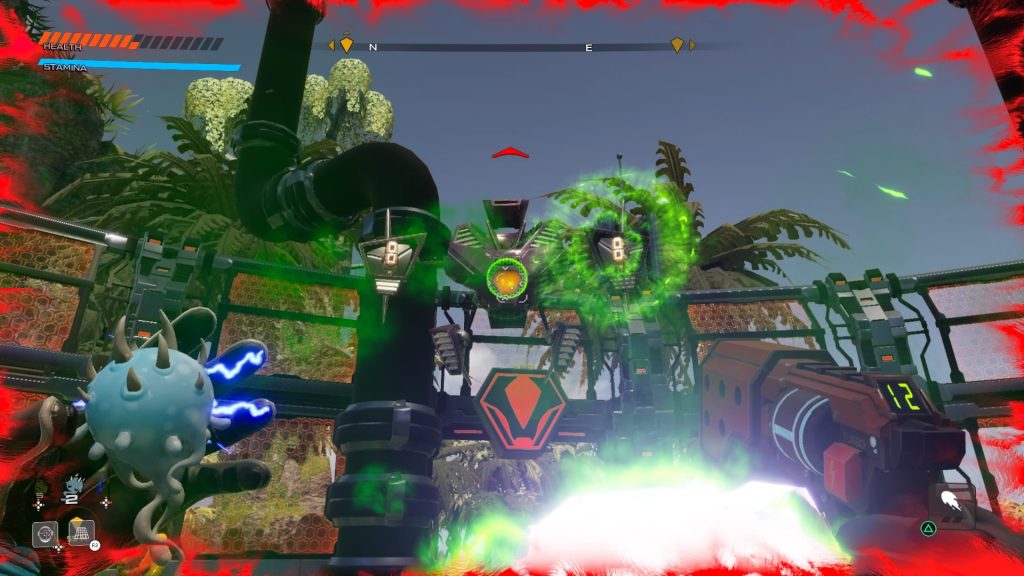 The main game was often funny, Hot Garbage is the same in that regard. There’s more daft infomercials for your general amusement as well as more flora and fauna to scan. The new DL-C1 planet turns out to have already been claimed by a Kindred Aerospace competitor. Your onboard AI E.K.O. spends a fair bit of time engaged in amusing chatter with her opposite number Kronus. This leads to a little investigation on your part to try and get Vyper Industries kicked off planet for environmental code breaches. It’s here that you begin to realise there’s not really much to scanning three waste compounds of varying toxicity.

You have to find incriminating evidence that doesn’t amount to much more than scanning toxic waste barrels with the Vyper logo on them. In two of the three compounds we didn’t have any trouble finding three barrels. However the last set closest to where the main antagonist lies in wait, evaded us for far longer than we’d care to admit. We’re not sure why, but hey. 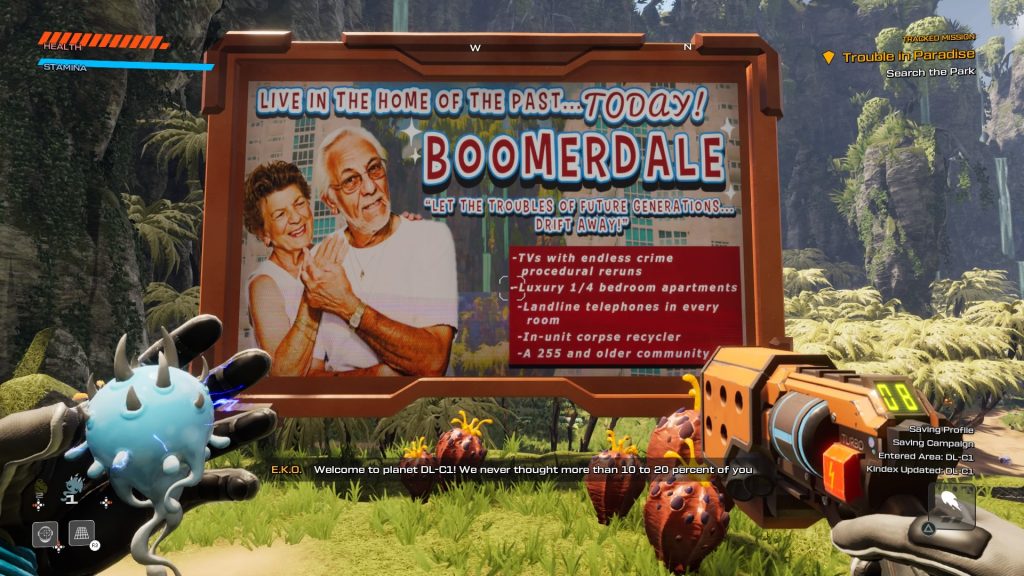 Thankfully there’s plenty more to do besides in terms of tracking down two upgrades in extra health and infinite stamina. Both of these carry through to the main campaign if you’ve not wholly finished it. The two gauntlets on the way to the tower spring to mind in terms of where they’d come in handy. Anyway, unlocking the upgrades involve encounters with two of the tougher enemies you’ll face in the main game outside of bosses so they’re more of a bonus for advanced players.

In addition there are twenty-two postcards to collect, your ability to reach some of them being reliant on having a save from the main game, as the triple/quadruple jump is a requirement. Though what kind of loony goes right to the DLC offering without having played the main game already? These postcards don’t amount to much more than a holographic depiction upon collecting, but when you check your Kindex you’ll discover a gallery of concept art. You can unlock a tracker for them to find them in much the same way as you could orange goo by clicking R3. 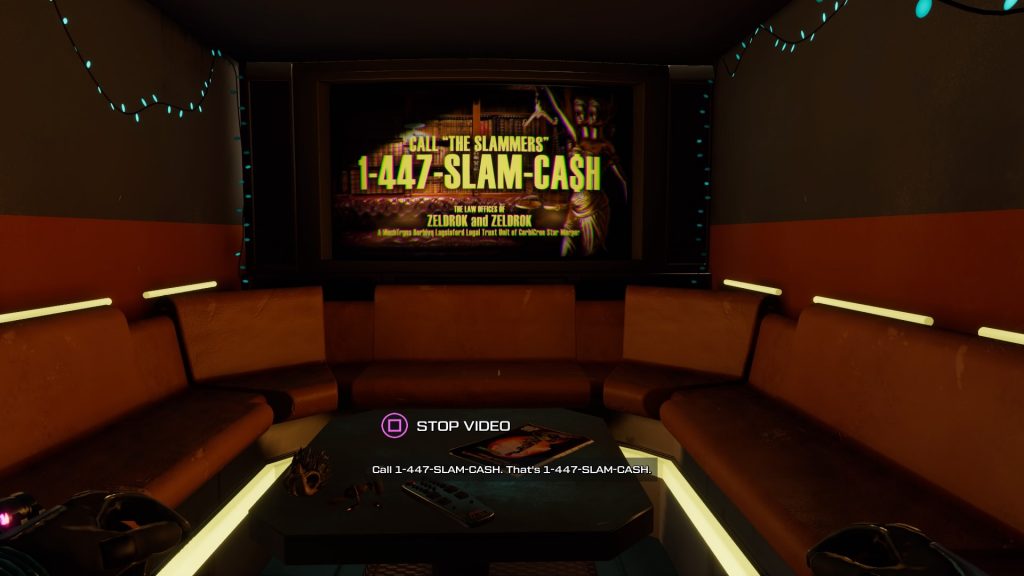 There’s a new traversal mechanic on offer. In keeping with the polluting aspect you’ll discover gas rings that refuel your rocket pack. These allow you to have periods of extended flight as opposed to short hops. Or in our case, three or four refuels and plummeting to earth.

Then, almost as soon as you’ve gathered sufficient evidence against Vyper, you’ll confront Kronus in the solitary boss fight on offer. It’s all over relatively quickly if you tear through without bothering to gather the collectibles and scan everything, but we’d suggest you persevere and see everything through. On this evidence, let’s hope for more DLC, just a little more substantial perhaps. Maybe splitscreen multiplayer into the bargain?

Cons
- A bit short
- Finding evidence is a little one note
- Still no splitscreen multiplayer
Summary
A nice bit of DLC for an already great game, just a shame it’s a bit short. Just wait until you're done with the main campaign.