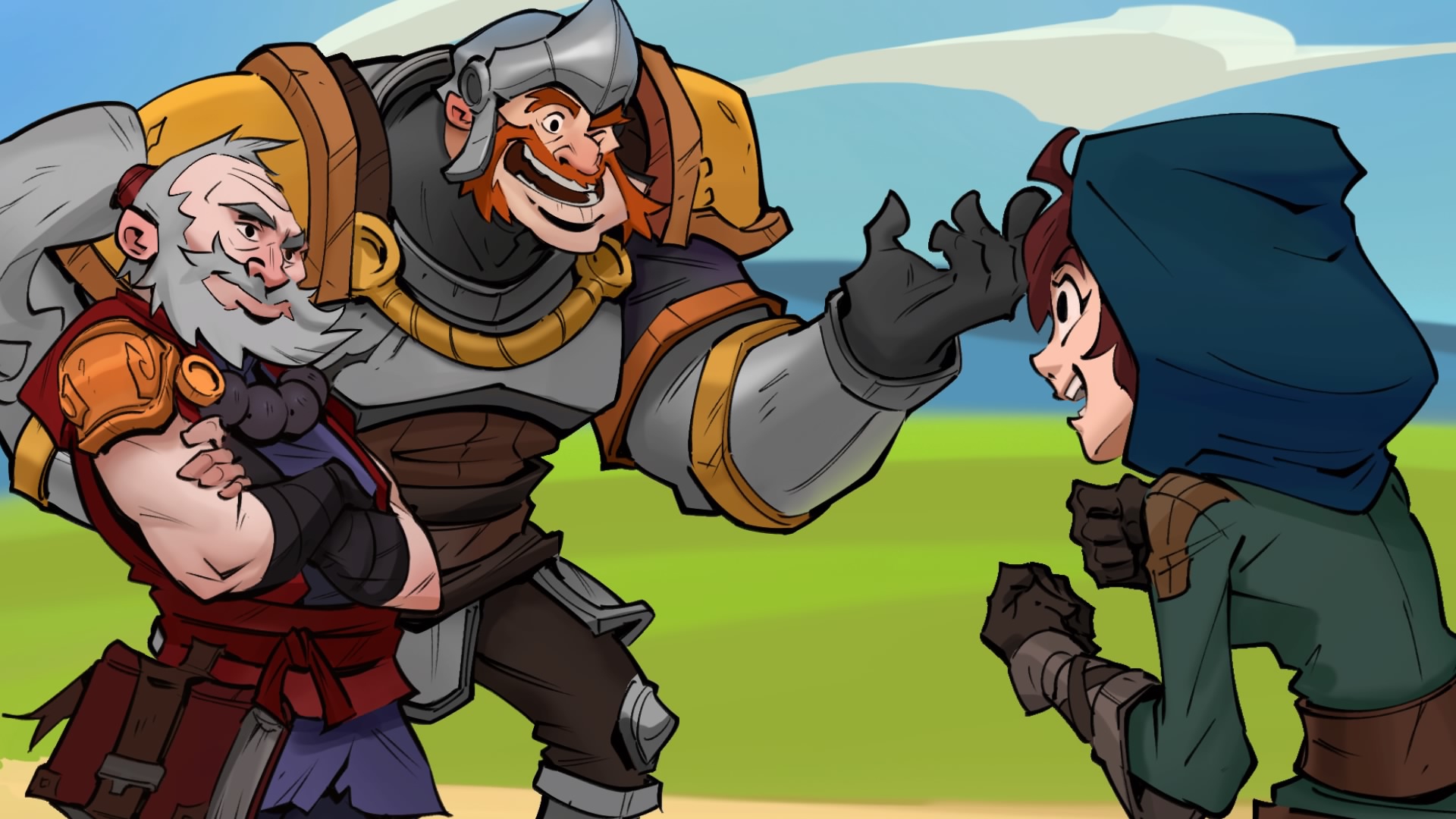 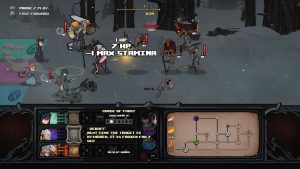 Sometimes game ideas just work well and it all feels natural and intuitive.  Sometimes ideas feel forced together and hard work and you’ve no idea why they have been put together in such a way.  Has-Been Heroes falls squarely into the latter category here and is a confusing mess of a game.

Has-Been Heroes is a roguelike so you’ll be making multiple runs at this and each run will start of with no carry over from your previous attempt so you’ll need luck to be on your side if you want to progress. I’ve seen this work really well in other games and most recently I enjoyed Loot Rascals which was another roguelike i liked.  What separates these two games is that Loot Rascals feels fair in it’s treatment of luck, which here just feels unfair.

Has-Been Heroes sees you controlling three heroes as they face towards the right of the screen.  Each hero is in a lane and coming at them from the other side is a raft of enemies. Each lane is assigned a button on  the controller and attack is always on the circle button, these controls don’t feel intuitive and serve to just confuse matters. The attacking enemies don’t stop and the gameplay comes from managing when to send your heroes to attack. Things play out in a quasi real time, the enemies move in real time but when you attack the clock stops.  This gives you the ability to plan your attacks and strategize the most efficient way to kill your enemies. 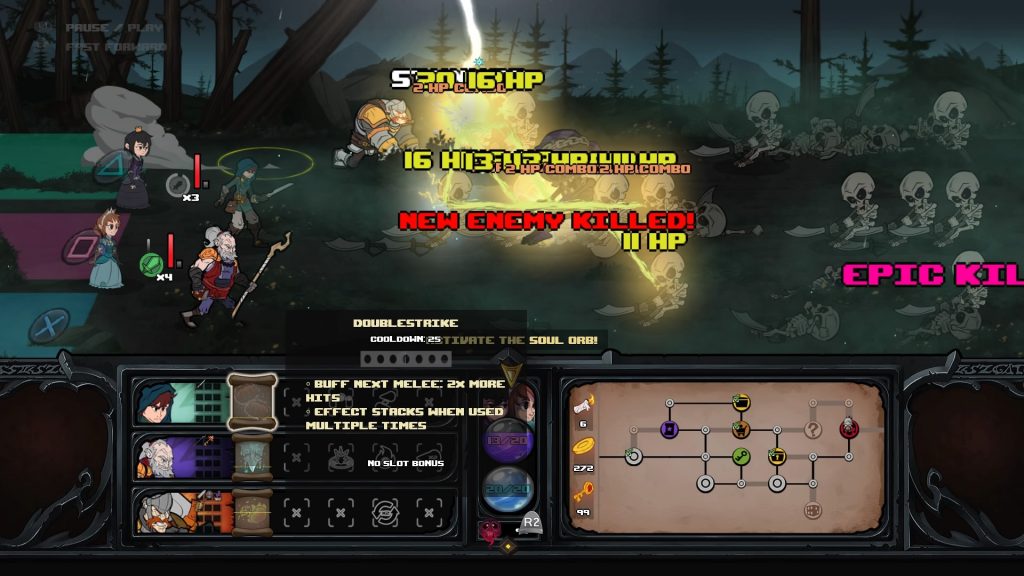 This strategy element could make a decent game but Has-Been Heroes goes out of it’s way to make things rubbish and adds far too many rules. Each enemy had a health bar as well as a stamina bar and the only way to damage them is to wear down their stamina first.  Each of your heroes hits for a different number of times and these hit numbers need to be balanced against the enemy stamina. If you hit the enemy too many times then they will fly backwards taking minimal damage and avoiding any follow up attack. You can move your heroes between lanes but only once the other hero has attacked. So in practice you need to hit the enemies for exactly the correct number of times but your ability to do so is dictated by which hero is in the relevant lane as you can only switch them once you’ve committed to attack, but hit too many times or too few and you may as well have wasted your move.

The mix of strategy and luck makes for some truly cumbersome mechanics and makes the game far harder than it needs to be.  The enemies who all look like skeletons come thick and fast and one wrong move can scupper any chance of success.  If one hero is killed then it is game over and back to the start you’ll go with nothing to show for the run you’ve just had, overall it just felt a tad frustrating.

Sometimes if a game is a little frustrating then the presentation or story can carry my enjoyment of it.  Sadly Has-Been Heroes has a wafer thin plot with a substandard level of humor which left me completely cold. Presentation wise the graphics are bland and boring, the heroes are your typical fantasy affair and as I’ve mentioned above all the enemies seem to be skeletons with no real variation. These uninspired graphics extend to the menus and overall UI which feels very cluttered and confusing. For a game which is all about hitting enemies a specific amount of times the way the impact explosions cover the enemy stats is a real oversight. 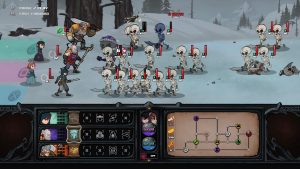 Overall then Has-Been Heroes is just not a great game, as it has very complex and confusing controls and a battle system which feels punishing and difficult. There are far better roguelikes out there and Has-Been Heroes just doesn’t have the chops to make it a worthwhile purchase.

Has Been Heroes
4 Overall
Pros
+ Each loop is relatively quick + The idea of a strategy roguelike is notionally a good one
Cons
- The combat mechanics are obtuse and not intuitive - The fighting controls are also confusing - The graphics are very standard and instantly forgettable... - But still manage to obscure key enemy information - The enemy design is rubbish
Summary
Has-Been Heroes is just not a great game as it has very complex and confusing controls and a battle system which feels punishing and difficult. There are far better roguelikes out there and Has-Been Heroes just doesn't have the chops to make it a worthwhile purchase.