Helheim Hassle from developer and publisher Perfectly Paranormal is another tale of macabre humour from the same guys that brought us Manual Samuel. You control limbs here too, only rather than having to manually breathe or keep your posture as you did before, each limb can be individually controlled.

Bjørn is a Viking by birth, but certainly not by nature. He doesn’t seek glory, just peace and quiet. However due to a series of mishaps and him trying to run in the opposite direction while his friends and family willingly sacrifice themselves in the name of a glorious death, he still finds himself in Valhalla despite his best efforts. 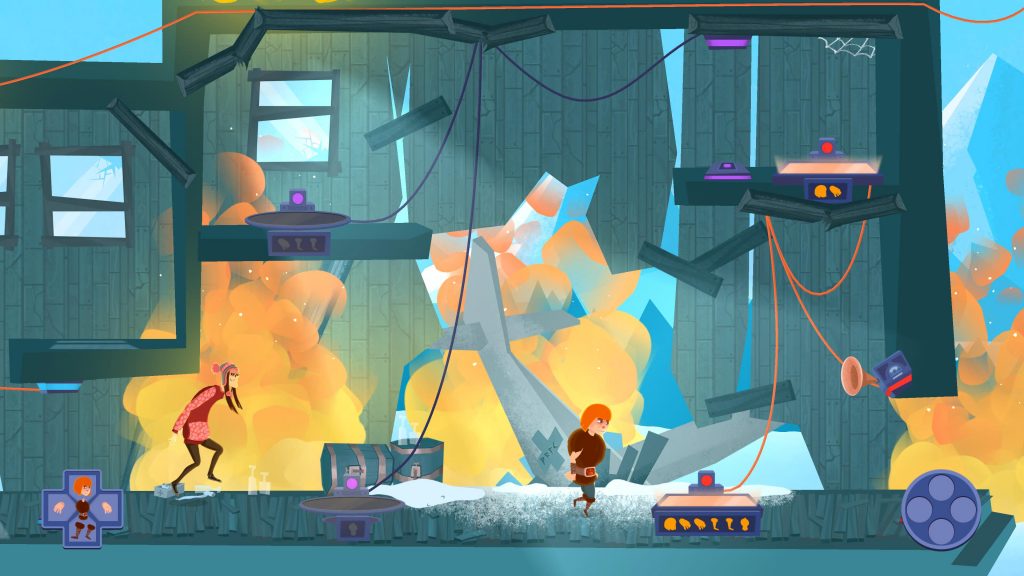 Bjørn eventually finds himself in the far future having been inadvertently been resurrected by a skeletal girl called Pesto. Only the resurrection goes a bit wrong and he finds himself effectively immortal and with the ability to detach each of his limbs at will. You’re very much eased into using each of the limbs in turn. Unlike PP’s previous game, the limbs can be autonomously controlled, but also combined with other limbs. An arm and a leg for example, confer the ability to jump high and grab hold of ledges.

If you’re familiar with Manual Samuel, you’ll be familiar with the tone of the humour. It’s generally amusing as opposed to outright hilarious, but no less witty with it. Not being a denizen of this part of town, Pesto needs Bjørn’s help to get through various runic gates and puzzles. He agrees to help but on the one condition he gets away from the insufferable Odin and his minions by escaping to the titular Helheim. 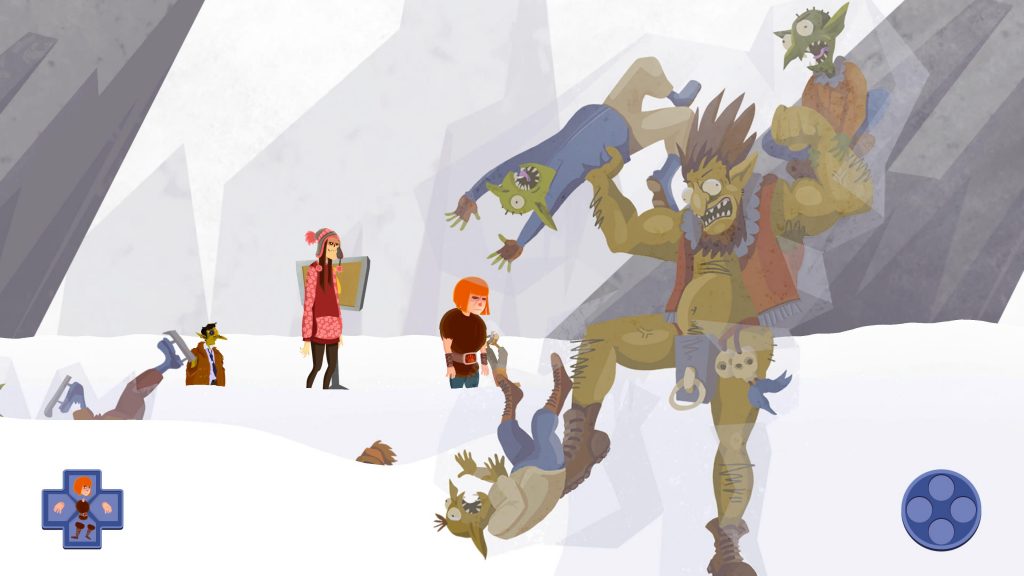 You’ll encounter various modern takes on mythical figures from Norse mythology, all of which are very well characterised and brought up to date in terms of their knowing pastiches on modern life twattery. The script is often amusing and a definite plus point here, advancing the plot with a few nice little twists and callbacks to Manual Samuel. When you realise who some of the characters actually are, their previous actions make more sense.

After some gentle tutorial puzzles, you’re eventually given access to both arms, both legs, torso and head. But not for very long as you’ll end up being killed. Or so it appears. What actually happens is your body parts are scattered all over a neighbourhood called Riverrum. This is when you first encounter a pair of snooty elves who have one of your limbs that they’ve called Lucy. Trust us, it all makes perfect sense in context. There soon follows a series of amusing setpieces where you have to eventually reunite all your body parts and continue to the next area. 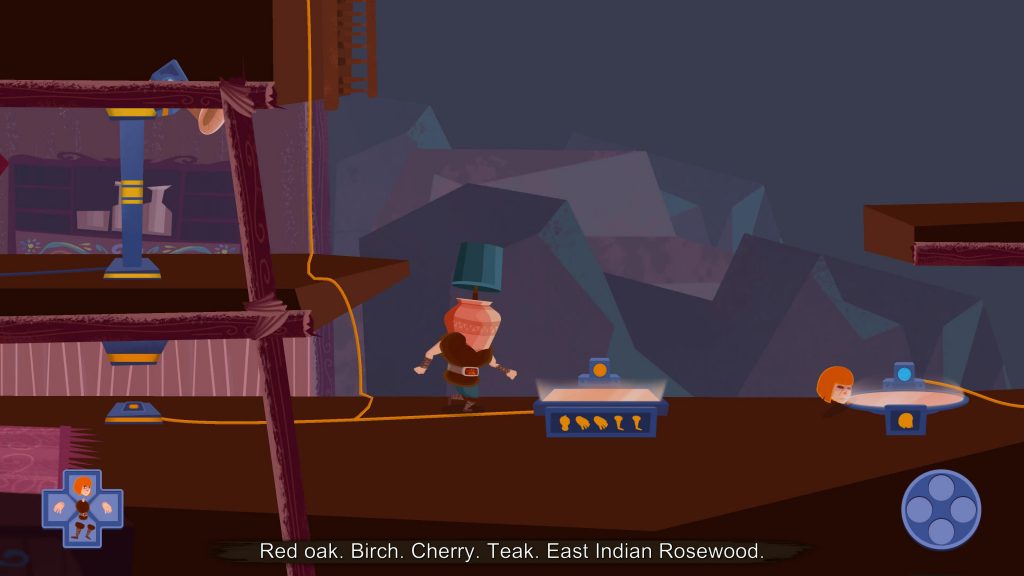 All the while, you’ll be collecting scrolls, fruit from bushes, gold chests and soul coins. The last one is a nice shoutout to Manual Samuel for long term fans too. These are all scattered across the various levels and never feel like a chore to get. You’ll have to utilise all the skills at your disposal to collect them all. Scrolls fill out the backstory well, fruit can be made into smoothies and currency can be used as you might expect.

The collectibles are placed in such a manner that it’s almost impossible to not get caught up in a little extracurricular collecting busywork in an area. You don’t feel hard done by in the slightest as they are a perfect little drip of dopamine for each little solution you solve. One thing we do  recommend is that you don’t get too bogged down in the side quests and collectibles. There’s no penalty for leaving them until later as you can easily travel back to areas once you’ve passed the checkpoints. 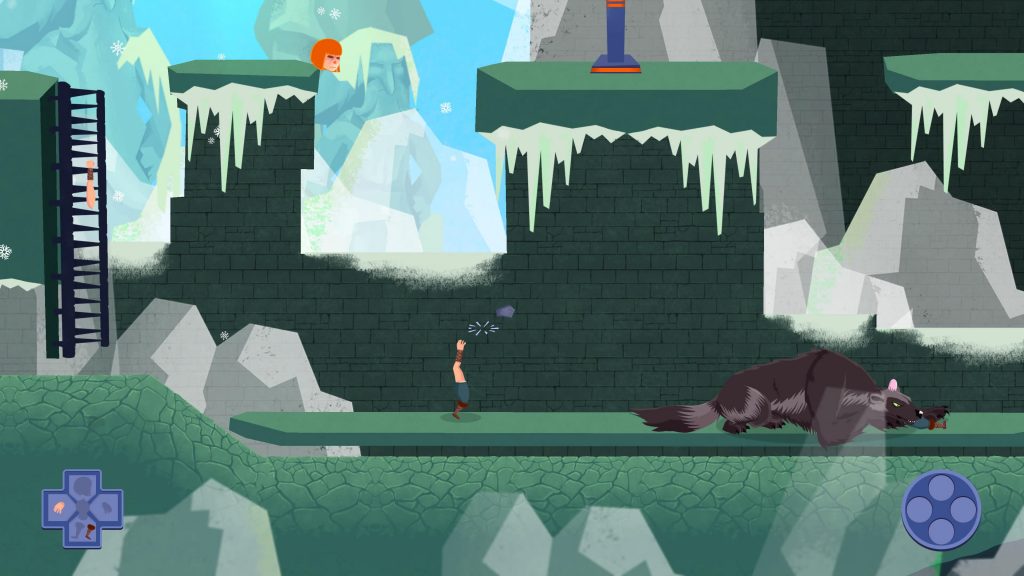 The puzzles throughout are very well designed with only a couple of mis-steps where it’s spectacularly unclear as to what to do next. You’ll get there in the end, we’ll say that sometimes the most obvious solution to a puzzle is just that. After a while, some puzzles can only be solved by using particular body parts on pressure pads. Similarly, you simply won’t be able to reach higher collectibles without a little lateral thinking from time to time.

As well as excellent puzzles, the interaction between the detached limbs is very well done. An arm can throw anything but your torso for example. Just as you’ll jump higher without your head. Being down a leg rather limits your jumping prowess as you might expect. We’re minded a little of The Thing when a pair of arms is scurrying along with your detached head attached. 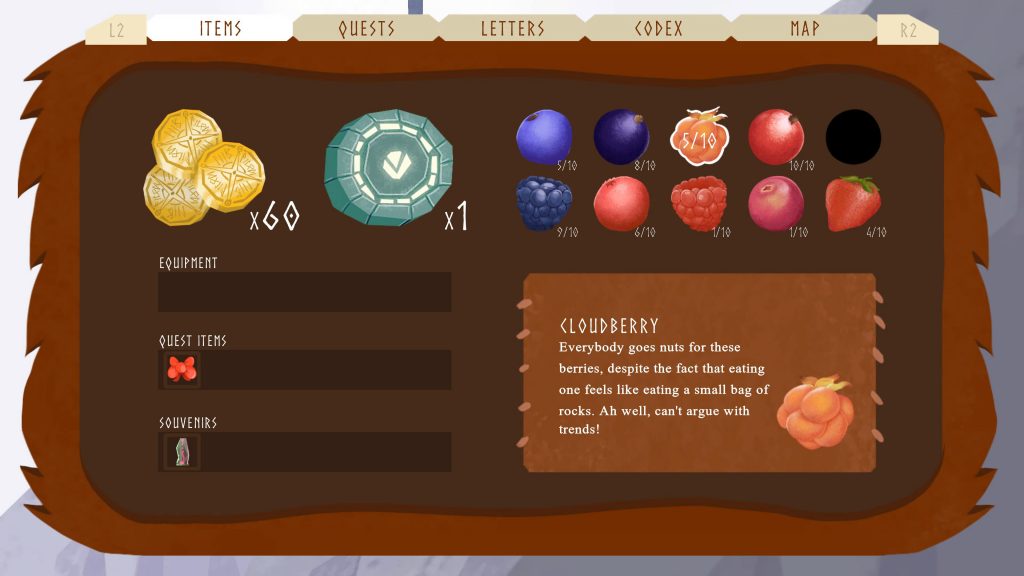 If we’ve any criticism, some of the collectibles are that bit too fiddly to get to, just as some of the side quest objectives aren’t that clear at the outset. Often you’re better off leaving some quests for later rather than overthinking them, as you’ll sometimes find pre-requisites by accident.

For the most part though, Helheim Hassle is a fantastic puzzle platformer that is well worth your time. An well written script that advances the plot along with fun sidequests make for a delightful romp we’d recommend to anyone.

Cons
- You can get bogged down a bit if you focus on collecting too much
- A few puzzle solutions are a little oblique
- Some quests aren't exactly clear to begin with
Summary
Helheim Hassle is an excellent puzzle platformer with an amusingly written script and detachable limbs. Get to it.