The majority of Milestone’s output tends to be restrained by official licenses so I’m always interested in when they decide to venture into original territory. It’s not exactly new for them as they have previously dabbled with the Ride series but, whilst that may appear a little sterile, GRAVEL appears to be a mud-filled romp through wide-open spaces. 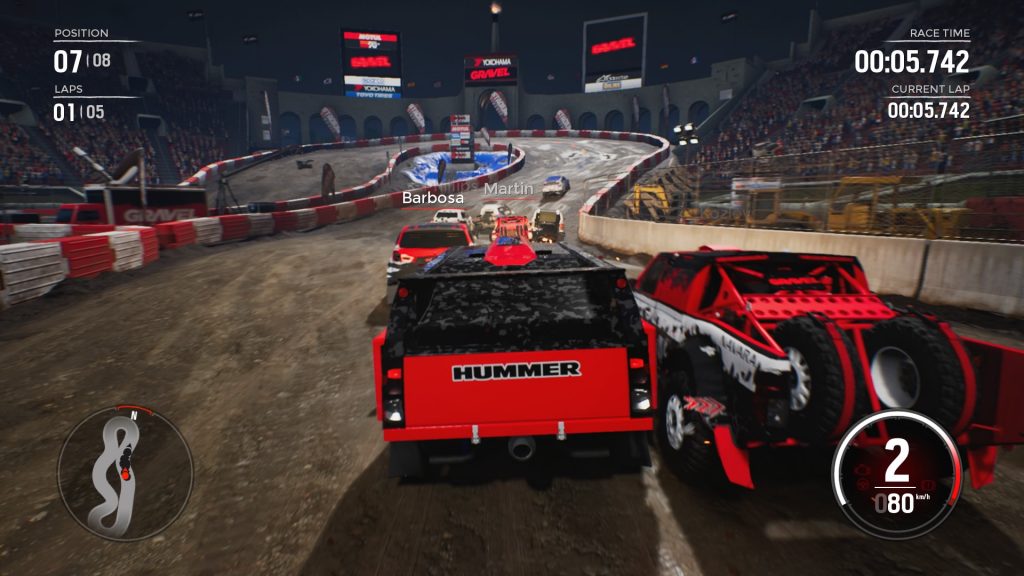 Having reviewed an awful lot of their effort in the past, there’s some common issues that seem to crop up. One of them is loading times which, in GRAVEL, appear to be shorter. It still might be too long for some but I found bouncing from race to race didn’t hold me up enough to feel frustrated. Unfortunately, their visual woes continue. Bringing racing to a wider area shows starkly just how frequent the surface ahead of you draws in. Framerate is constant and there’s a great sensation of speed but the look of the game carries a muddied appearance.

It’s an odd mix as it’s accompanied by some very impressive lighting and reflections and night does look quite pleasing. The circuits they’ve created are littered with some stunning landmarks and show some inventive track design. You do see the track limits and, even though it’s not a complete open world, there’s room to manoeuvre. It’s a real shame the scope of the environments show up the technical side of GRAVEL. 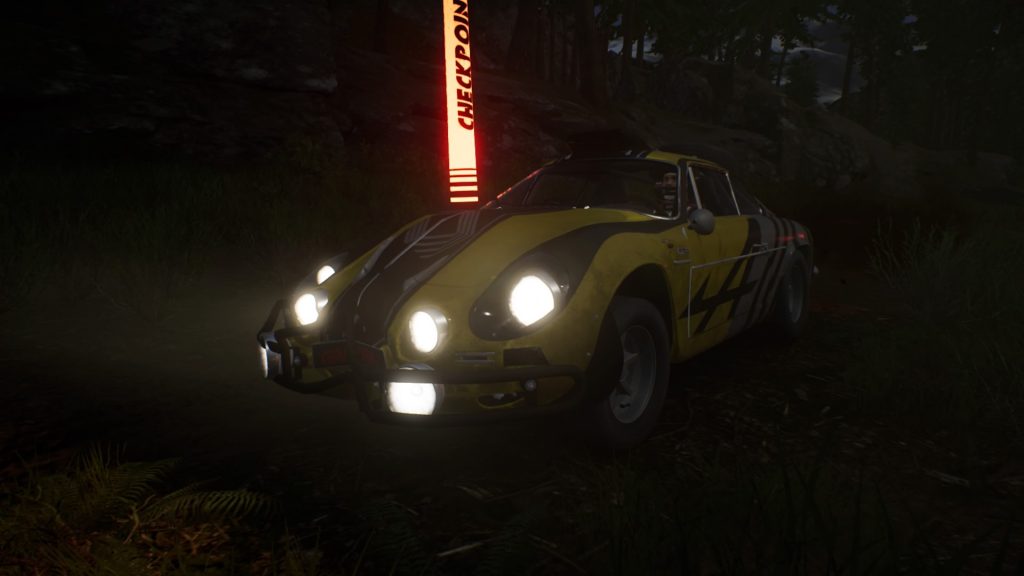 Sound isn’t particularly inspiring. Engine notes are well done but the background music feels straight out of a stock library and, whilst each race is introduced by some decently excited commentary, it’s hard to find it memorable. To their credit, they’ve tried to create some narrative trappings around the game’s campaign and it does provide some charm.

See, as well as the traditional time attacks and single races, you have the Off-Road Masters mode based around the game’s many disciplines. Each tier of these events culminates in a duel with a self-styled King of Off-Road. Each of these are given a fantastic cheesy introduction. They look like the kind of people you want to knock off their perch. It’s a charming touch that manages to work in giving the special events more gravitas. 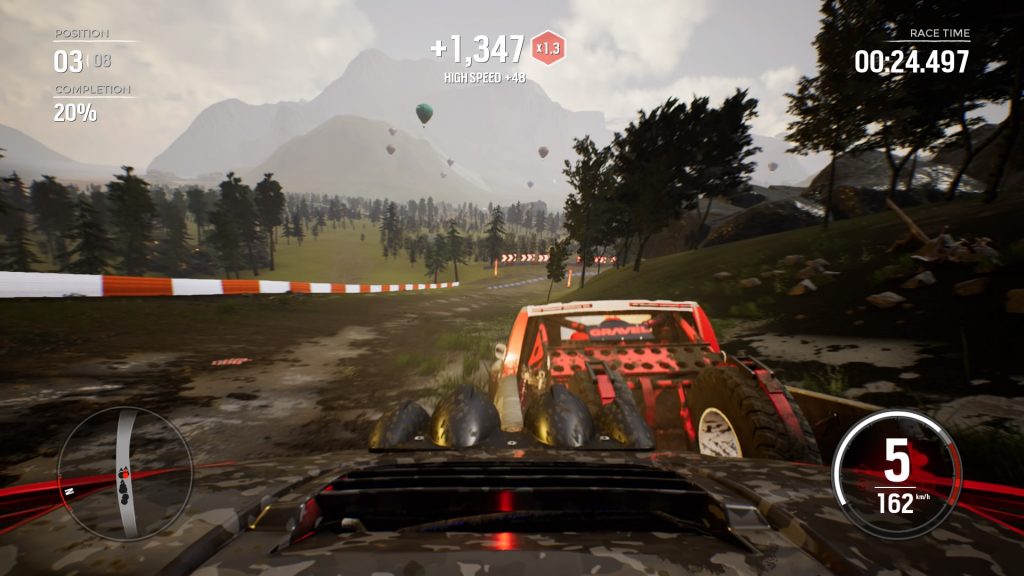 The structure of this mode will feel familiar with a driver’s rating increasing as you race. You can increase or decrease your experience gained by tinkering with difficulty settings and this overall level unlocks liveries and new cars for you drive. You also unlock circuits and new cars from winning events. During races, you accrue style points for drifts, jumps, safe landings, etc so you are quite literally rewarded at every turn.

It doesn’t bog down or feel like a grind as you carve through a handful of event types. Lap races are standard efforts from flag to flag. Checkpoint races are point-to-point excursions where you must hit each checkpoint whilst racing for position. You also venture into time trial events and smash ups. The latter became a real headache for me. It involves you racing against the clock whilst also smashing through screens. They’re not on the optimal line so it can feel antithetical to beating the target time. They’re not essential to progression but I never got the hang of these.

On the track, GRAVEL handles more on the arcade side of the spectrum. Sliding and compensating for errors is easy to accomplish. Weather and different surfaces have a unique feel to them and you’re always moving into various vehicles for each event. It does provide an air of unpredictability as you struggle to put your foot down in the rain or tear through the Namibian desert. 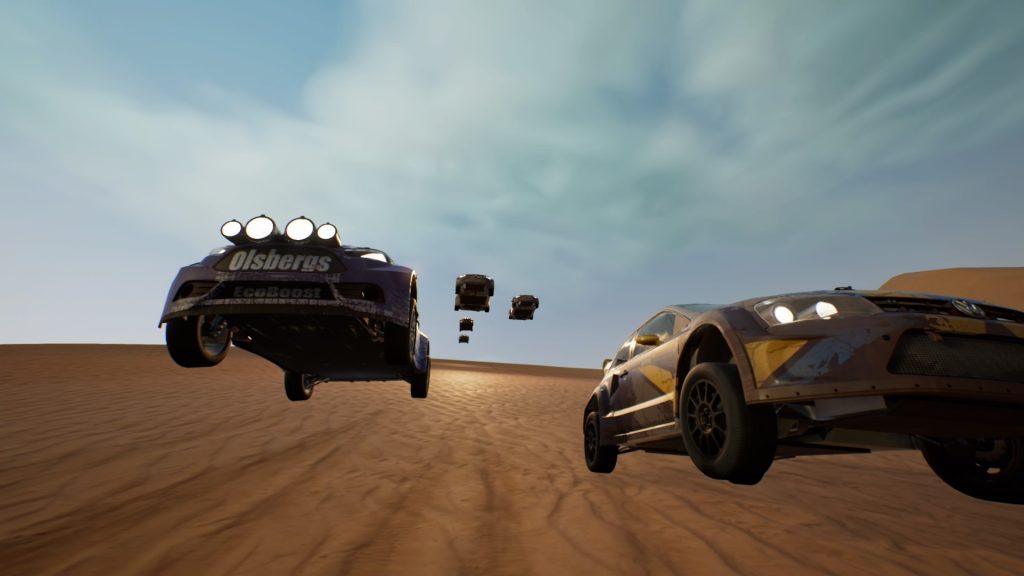 AI is competitive and are actually fun to watch. They have a bizarre ability to make major mistakes and recover from them equally quickly. It’s even more intriguing when physics play a part. Watching three cars smash into a rock and fly off into the atmosphere is hilarious. There’s an daft undertone to GRAVEL which is heart-warming to see. There’s creativity in the environment and track design, even if the career structure feels dated. Racing is fun and varied enough to maintain an interest. This translates well into online with the madness of competition raising a few chuckles. Getting into races has been easy and it performs well enough. There’s also the customary weekly challenges with full leaderboard support.

The rough edges of GRAVEL‘s presentation remain and will continue to provide an obstacle for some. The career offers a degree of character, even if it’s dated in structure. Ultimately, the racing provides the big appeal for me. It’s fun and daft in a way that Milestone’s licensed products usually aren’t. If the price tag is a worry, it’s worth considering at a later date but I do enjoy the madness of GRAVEL‘s more open tracks are enjoyable to drive around and the handling provides an accessible point of entry.

GRAVEL
7 Overall
Pros
+ Accessible driving model with customisable driving aids.
+ Competitive, fallible AI
+ Lots of variation in tracks and locales.
+ Off-Road Masters mode has a degree of charm.
Cons
- Bland audio presentation.
- Very rough visually.
- Event types are a little slim.
Summary
GRAVEL is a refreshing arcade racer that delivers a fun handling model within a package that can't visually hold up. If you can look past that, there's some charm with the cheesy presentation, reckless AI and surreal crash physics. It's a budget title that sadly carries a full price but there's a level of creativity here that makes it stand out from Milestone's licensed work.