Graceful Explosion Machine is a bi-directional 2D shooter that actually got released a few months ago and comes to us from Vertex Pop who previously dabbled with this genre with their game We Are Doomed and it offers 36 stages of score-chasing, multiplier-nursing shoot ‘em up action.

There’s no real plot to speak of and so, after a couple of brief tutorials, you’ll soon be in on the action. The game has four planets, each with nine levels and each one of those levels is split into three phases of action. 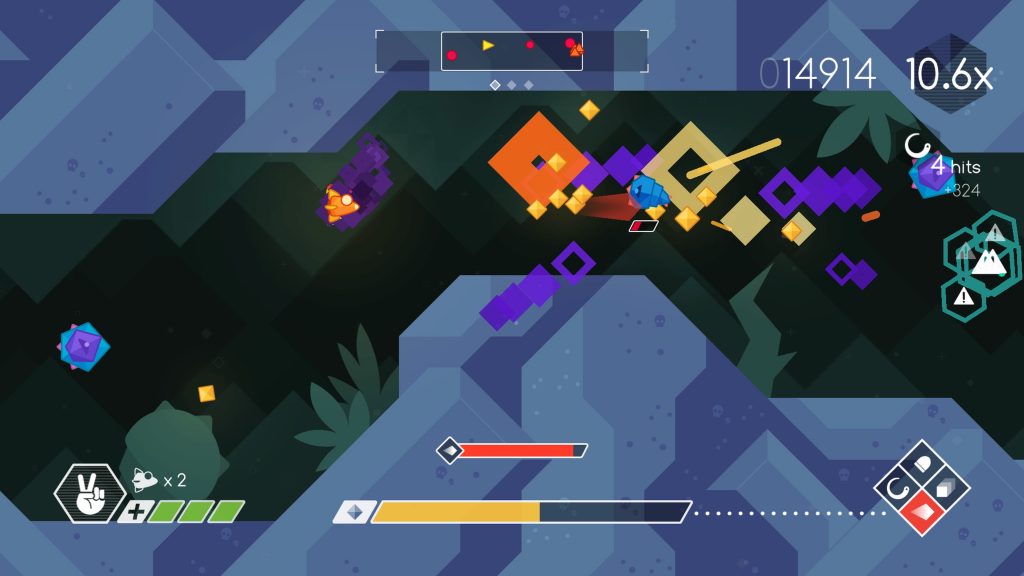 Enemies warp into the play area and start heading towards you. You can fend them off with your basic blaster, which is prone to overheating, or use one of your special weapons. You’ve got an energy sword that takes out closer enemies, a long range laser and heat-seeking missiles. These all use up energy which is recharged over time but also by picking up yellow diamonds that enemies drop. So, the key here is to keep an eye on your energy usage.

For a game that sees you travelling left and right, it’s quite unusual for it to not use a twin-stick control set up. Instead, you fire with the X button (or the other face buttons for the special weapons) and to change the direction you are facing you press either of the left shoulder buttons to flip your ship which makes the game feel a little bit like the classic shoot ’em up Uridium (which inspired the old PS4/Vita shooter Futuridium).

A handy dash move is mapped to R1/R2 also and while that might sound like a lot of controls for a shoot ‘em up, it all works quite efficiently. Huge groups of enemies can be dispatched quickly and you can really adapt your tactics on the fly to cause maximum carnage but the game will present a serious challenge later on. Especially if you want to get those S+ ranks which will require chaining together kills before your multiplier expires. 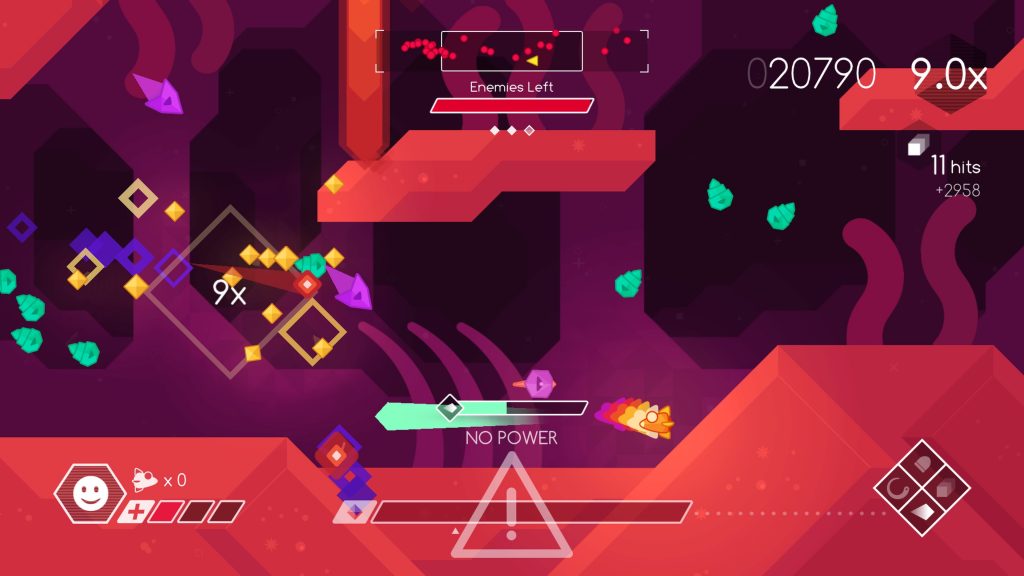 As I said before, each level is split into three phases. The first phase gives you a smaller play area to work in and this is extended when you get to the next phase by eliminating all the enemies. However, the levels never get that big. They wraparound horizontally, much like Defender, but are nicely compact but, of course, this means they get pretty crowded. Each phase also acts as a checkpoint, allowing you to continue if you lose your three lives.

You get two continues before getting a hard game over but that’s okay as you can select any level you’ve unlocked and they are generally beatable for players with a little bit of shoot ’em up experience.  That mixture of being easy to beat but hard to master tends to be our favourite way to handle shoot ’em up difficulty, so that’s all good.

The game lets itself down by taking too long to introduce new enemies though and there is a general lack of variety between the levels on any planet. Indeed the only difference between the planets is the colour scheme and an increasing level of difficulty. So while I was into the game for a while there, eventually it started to drag. The nature of reviewing games is that you try to cram the game into as few sessions as possible so that you can finish it and get onto the next review but Graceful Explosion Machine is definitely more suited to shorter sessions for sure. 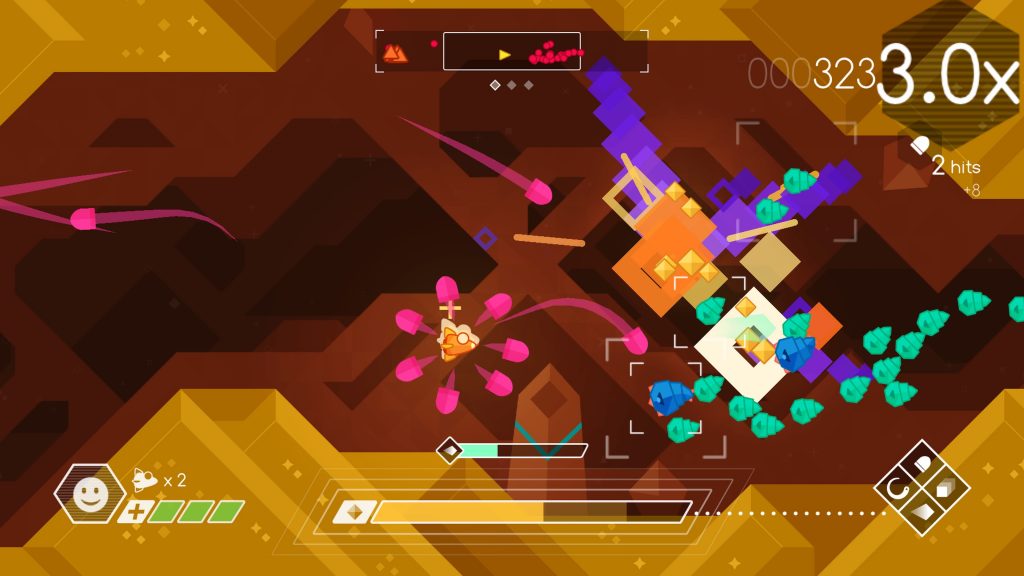 The game’s flat, colourful visuals are quite simplistic but do a good job of keeping the action relatively clear.  For a game with ‘Explosion’ in its title, we’d have liked to see some more dynamic visuals though.  Between the very similar levels (you won’t really be able to tell any planet’s levels apart) and the generally restrained visual style, there’s a lack of excitement to this shooter.  But if you focus on your multiplier and try to get those S+ ranks, the game goes from being a balls-out shooter to something a tad more cerebral.  So as long as you appreciate that, and perhaps limit your play sessions a little, you may be able to keep boredom at bay.  Not that you can really accuse Graceful Explosion Machine of being boring, but it’s far from the adrenaline rush of Resogun.

There’s plenty to like here, but Vertex Pop probably need to really let themselves go on their next shoot ’em up and they are surely capable of it.  But for now, this may not end up being our latest shoot ’em up obsession but we can see ourselves coming back time and again to master those levels.