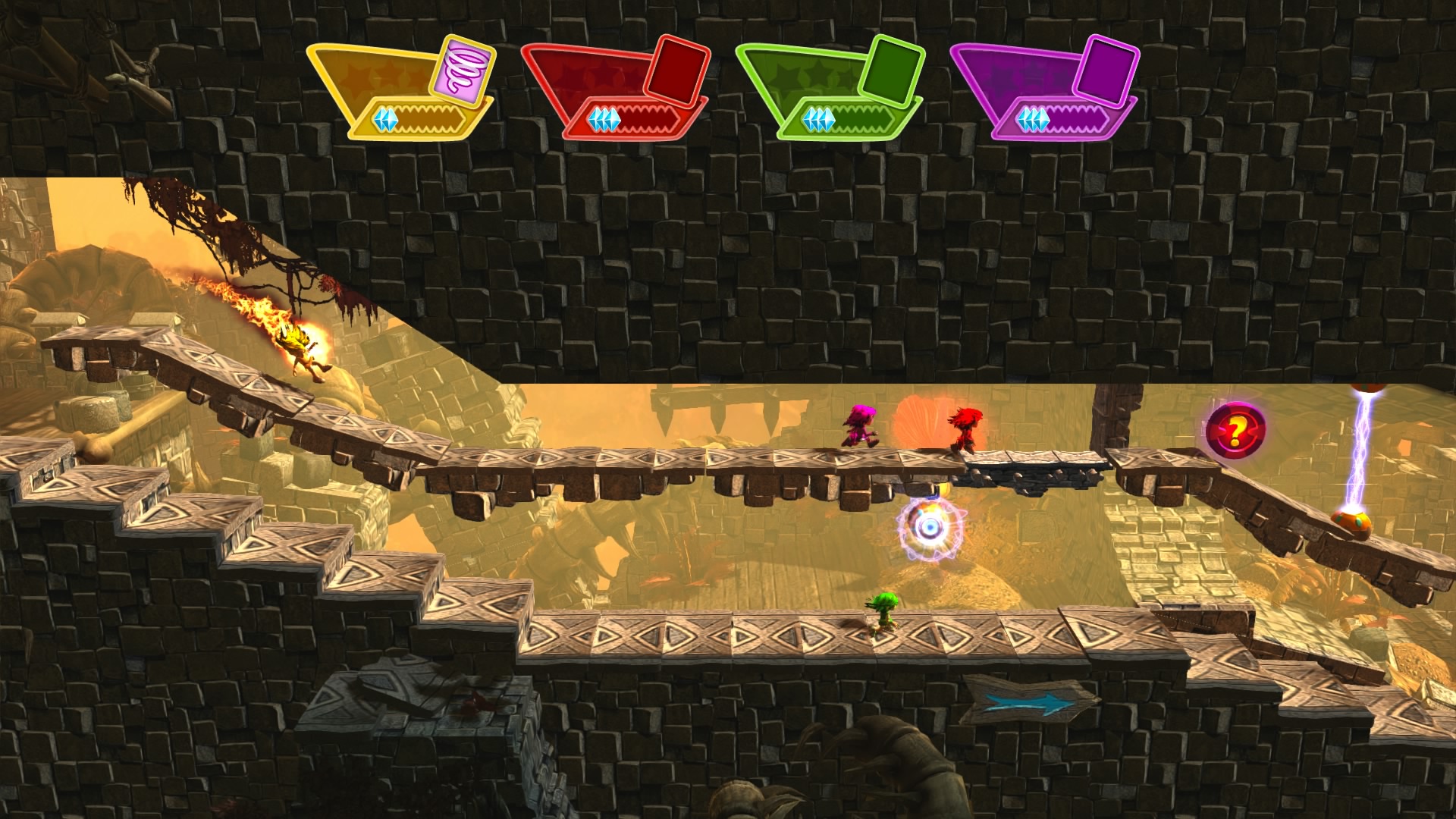 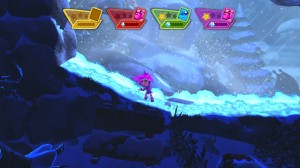 Before we start to look at this game it’s relevant to consider a quick potted history of the Giana Sisters.  When the original game
released in 1987 it was a decentish Mario clone, so much so that Nintendo flexed its muscles and the game was quickly and quietly removed from sale.  The title was shelved and apart from some unofficial sequel nothing much happened.  The developers were taken over by other developers who in turn went bust and dust settled on the two sisters.  Jumping forward to the space year 2015 and new company, and Giana Sisters has made a kickstarter backed return, albeit in a vastly different style.

This is a multiplayer runner game.  Think of it as if Micro Machines was a platformer rather than a top down racer.  There are four players who have to run, jump and attack their way through a cyclical path over a platforming course.  You’ve the usual obstacles to avoid such as moving blocks water and enemies, and you can collect power ups to help you or hinder you and your opponents.   Each time you race to the front edge of the screen and push your rival off the back, you score a point.  Get enough points and you win.

Whilst the game plays at a fair lick, things will quickly degrade to a confused mess.  There are a lot of items, enemies and obstacles throughout the course and it’s not readily apparent what each will do before you get to it.  There is a certain sense of urgency to the courses with all the players vying for first place, and the busy levels ensure things stay close and fraught.  It can be difficult to see where you are going when you are at the front of the screen, and rote learning of the courses will help you no end here. 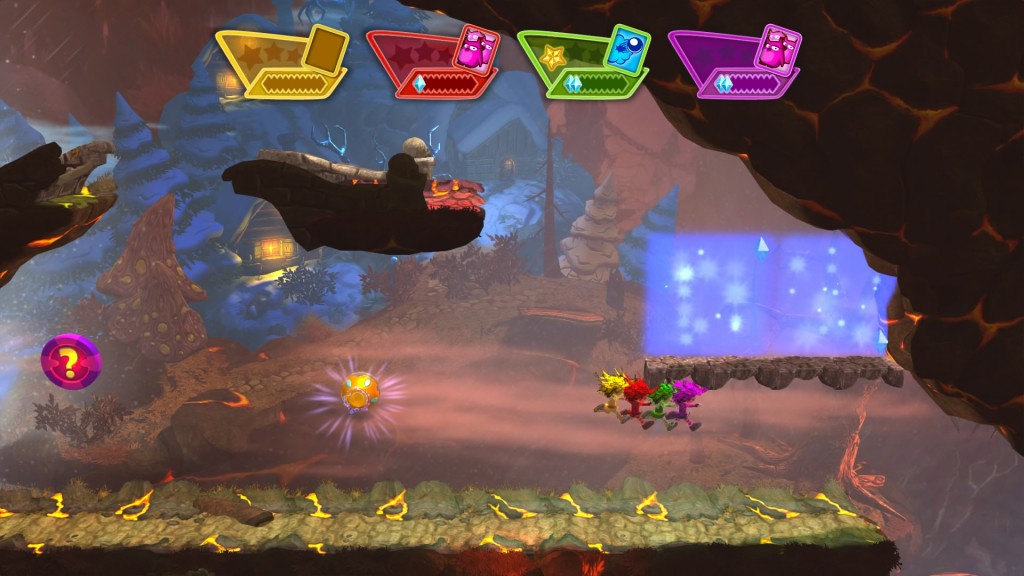 This offers no real depth and replayability is limited to the fun found from multiplayer shenanigans.  This is a shame as when I played the servers were as lively as a dead fish.  Multiplayer can be local, but realistically in this day and age opportunities for this are going to be limited.  Consequently it’s up to the AI to fill up the party, and any hope of multiplayer japes goes out the window.

Graphically things look a little messy and the sprites used are a confusion of garishly coloured cartoon characters and ugly designs.  Certain nods are made to the original game as you get to play as a punk or a princess, but all of the other characters are instantly forgettable.  Throw these into one of the fast moving detailed levels and it can become tricky to keep a track of what’s going on.  This game would have benefited from simpler, crisper graphics.  The poor graphics extend to the simplistic feel of the main menus, and the chunky icons used and unintuitive allocation of buttons make the whole thing feel amateurish. 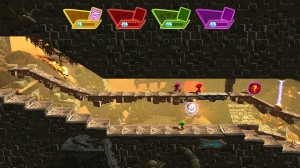 As a continuation of a franchise this badly misfires, swapping from a genre that it had success with into this light weight substandard game.  As a multiplayer offering this is more than useless with zero activity on the servers.  Offering a shortlived and forgettable experience this game is one to miss.

Giana Sisters: Dream Runners
3 Overall
Pros
+ It wont leave a lasting memory + Each go can be over quick + It's now no longer on my PS4
Cons
- No fun to play - Levels degrade into a confused mess - Zero multiplayer activity
Summary
As a continuation of a franchise this badly misfires, swapping from a genre that it had success with into this light weight substandard game. As a multiplayer offering this is more than useless with zero activity on the servers. Offering a shortlived and forgettable experience this game is one to miss.