You’ll be immediately struck by its beautiful graphical style as it brings to mind the artistic style of Studio Ghibli’s output, especially the darker stuff like Howl’s Moving Castle or the emotionally harrowing Grave of the Fireflies. This impression remains intact most of the way through, only being slightly shaken during the animated cut scenes, the character design being not quite as strong as that from messrs Miyazaki and Takahata. If anything it’s a rare weak point. 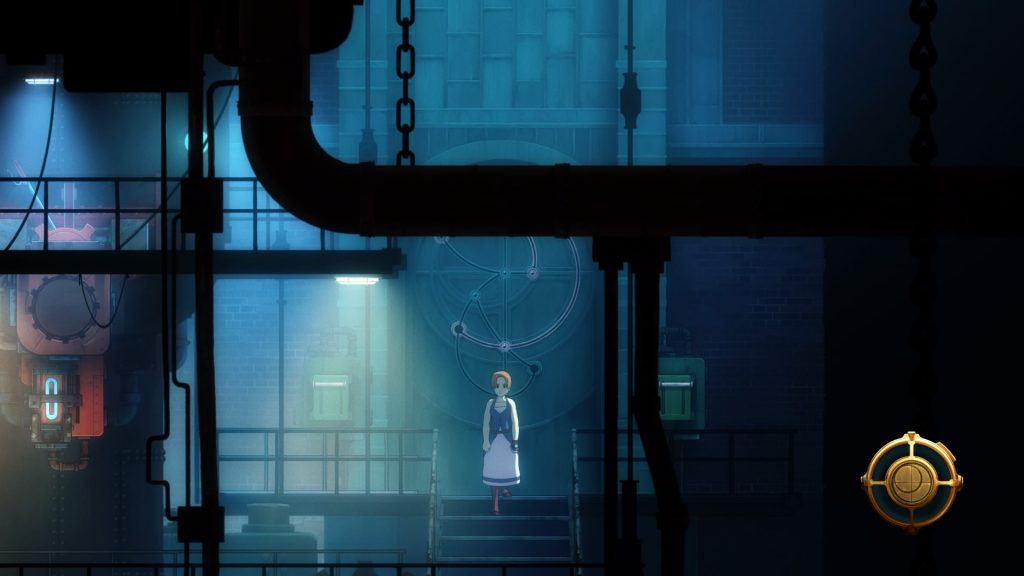 You control the titular character Anne who fulfils the role of chief enforcer in what appears to be a dictatorship run by her father figure Master Bonku. Though quite why she’s ‘forgotton’ when she inhabits the Forgotten Lands isn’t immediately clear. My spell checker hates the word anyway as it’s a streak of red throughout my draft.

Given this is an indie game, your view of the Forgotten Lands is limited to the scope of the game’s story, being as it is a cityscape that brings to mind a version of Paris. Your starting point is a dark apartment within a monolithic tower. The darkness being a convenient mechanism to teach you the energy transferal mechanic, said energy being known as Anima.

The Forgotten Lands are almost exclusively inhabited by Forgotlings, the lost and forgotten items from our world. Odd socks, forgotten scarves and discarded technology are typical examples of the objects given life and personalities. 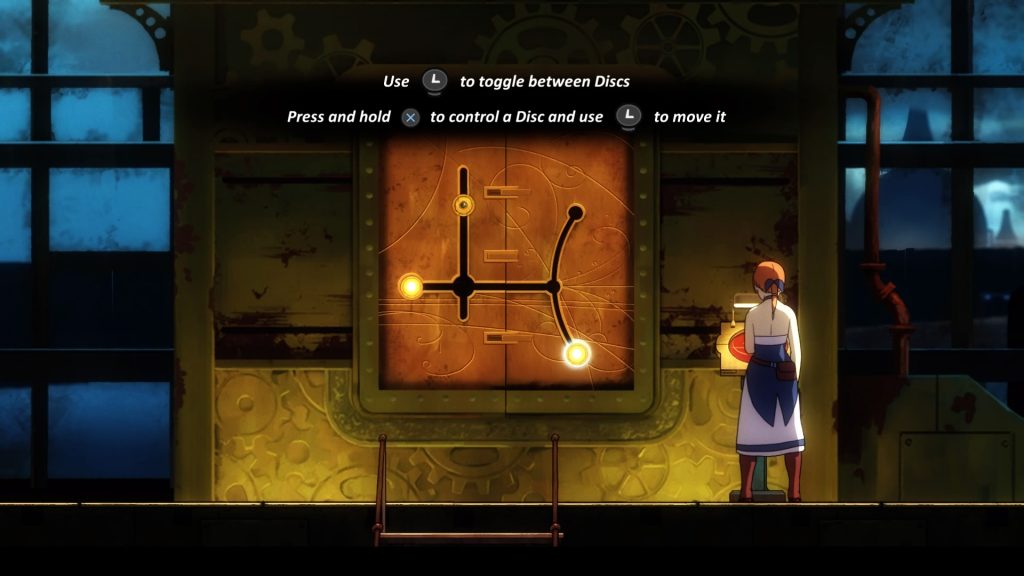 Every character in the game is a potential source of Anima, you have a gauntlet that can extract the Anima from energy cells and selected NPCs. It very much brings to mind the Goa’uld from Stargate in terms of the terror it strikes into the denizens of your city. Though the  fact that you can only ‘distill’ certain Forgotlings rather breaks the illusion sadly, rather at odds to your potentially ruthless approach. I’d have preferred it if you could have torn through anyone in your path during your quest.

An encounter with another character typically results in a dialogue exchange, though somewhat simpler than anything you’ll have seen from the likes of Bioware. It’s very much a case of good cop, bad cop from the outset.

Encounters are fully voice acted to great effect. One standout  performance in particular coming from an old-style radio you have to interrogate. On the subject of interrogations, they do a very good job at making you feel damned uncomfortable as you suck the life force from a potential suspect. 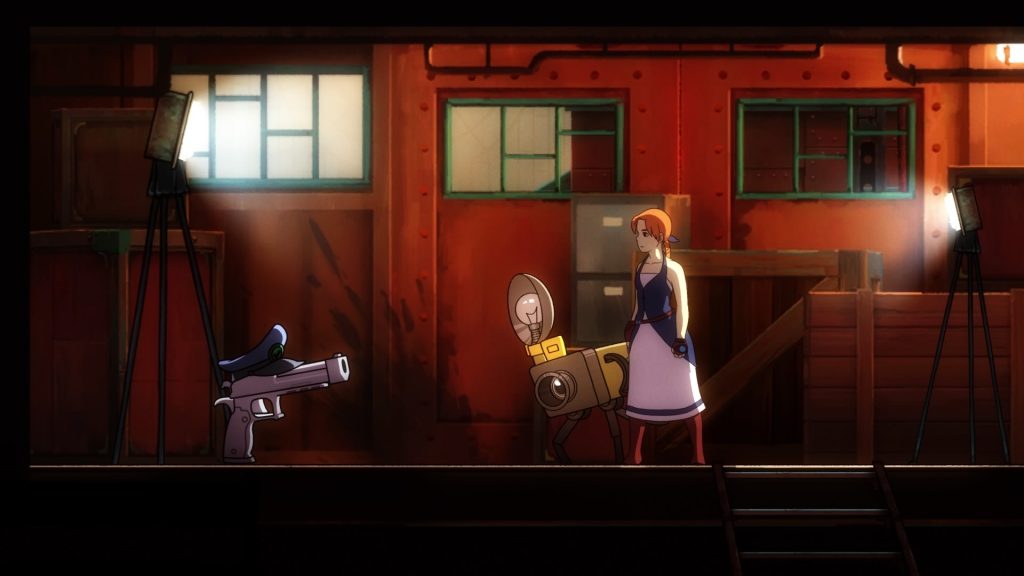 As the story progresses you’ll begin to question your motivation and role in the world. It’s entirely up you how you handle this turn of events, whether it be consensual  or confrontational.

Story beats in the game are punctuated by platforming sections  as well as rudimentary puzzles for the most part. Though some puzzles end up being a little too obtuse in terms of their solutions, you can’t easily muddle your way through. There’s either a right way or a wrong way. This lack of middle ground  can make some sections seem harder than they ought to be. Yet once you’ve nailed a puzzle,  you’ll wonder why you made such a hash of it in the first place. 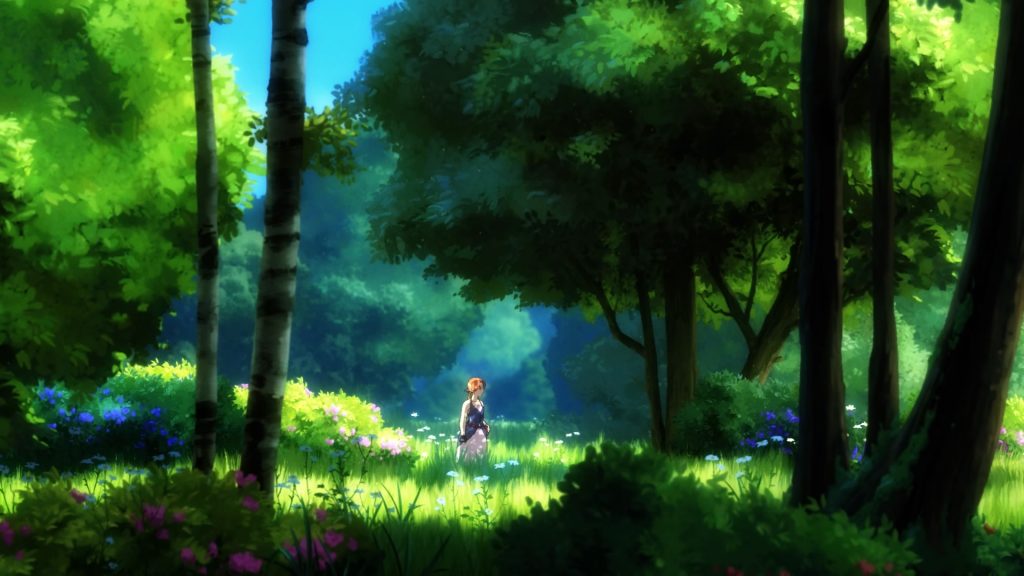 There’s a wealth of plot exposition by way of diary entries and collectibles you’ll find throughout your journey. This along with the excellent script and voice acting make for a remarkably coherent plotline throughout. An atmospheric orchestral score also adds to the whole experience.

In closing then, Forgotton Anne is an accomplished addition to the wealth of indie games to grace home consoles in recent years, lifted above the rest by its stunning aesthetic and intriguing plotline.