The gameplay here is actually quite novel. The pitch is divided into a 12×7 grid and each player can stand in one square.  It’s eleven-a-side and there’s enough room for everyone. Each team gets three actions per turn. Usually this is enough to win possession, pass to an attacking player and hopefully get a shot off at the goal. If it goes well, you do all those things and hopefully score.

See how Liverpool’s season develops as you Buy Liverpool Tickets for the 2022/23 season from Football Ticket Pad. 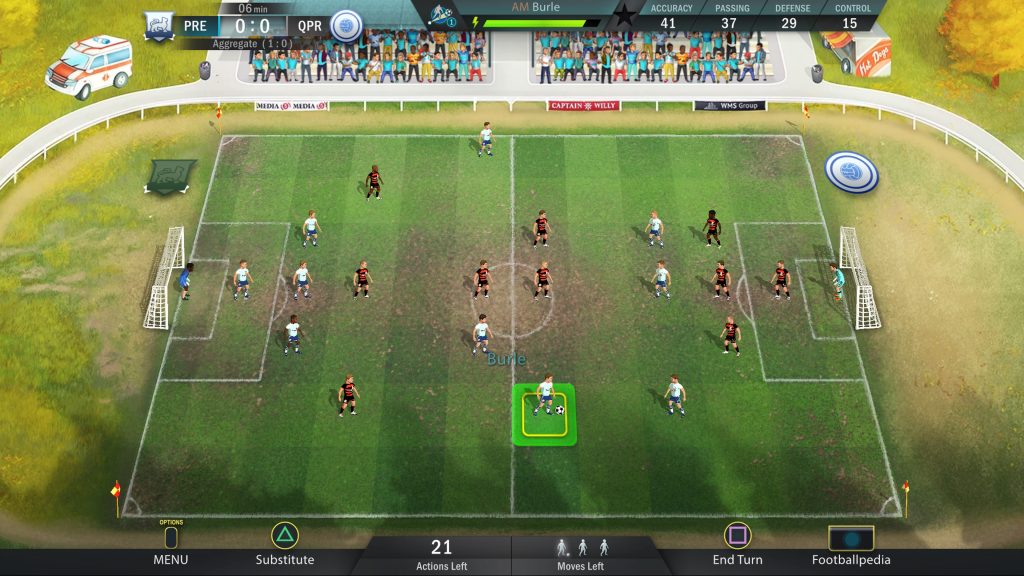 However, it won’t always go well.  Much like the probabilities involved in hitting or missing your target in games like X-COM, Football, Tactics and Glory  also adds a degree of chance, via a random number generator.  So that first attempt to win possession might be shrugged off, that pass might go askew or your shot at goal may be blocked, saved or hoofed into the stands.

To mitigate this, you want your best players out there in a formation that means that hopefully you can bypass the opposition a bit.  If they’ve packed their defense with five players, you might need more strikers, or someone who is able to dribble.  And maybe you move that guy in front of the weakest defender, perhaps giving you a chance to get past them. 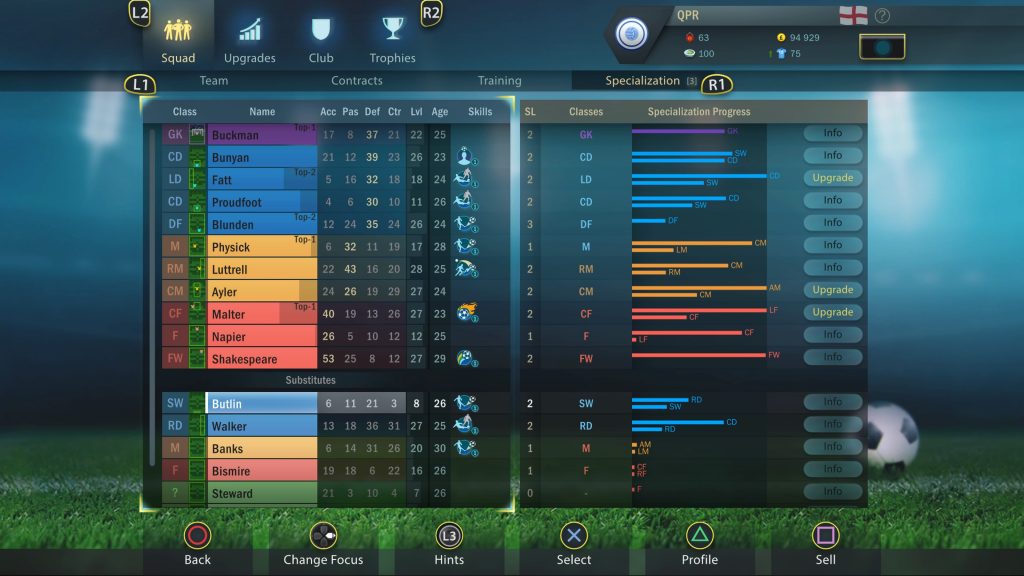 That RNG however will always be there to bring you back to Earth.  Like when you try to take the ball off of a midfielder and three of your players bounce off of him.  Or when your shot is saved from point-blank range after a brilliant build up.  It’s frustrating, yes.  Watching a move break down when you’ve got the mathematical best chance and then having some team of minnows score against you is maddening.   It takes the feeling of control away from you.  But when you score, it’s more satisfying than you might think.  I can’t think of many football games where I silently clench a fist in celebration when I score but Football, Tactics and Glory brings that nonsense out of me more regularly than I should admit.

On the pitch it’s all about strategy, making off the ball runs and using the skills of each player to get the best advantage.  Players gain skills such as powerful shots, slide tackles, fancy dribble moves and lay-off passes that all give you new tactics to explore and adopt.  There’s a learning curve there but eventually you’ll feel like an actual tactician, thinking up plays almost like an American Football coach. 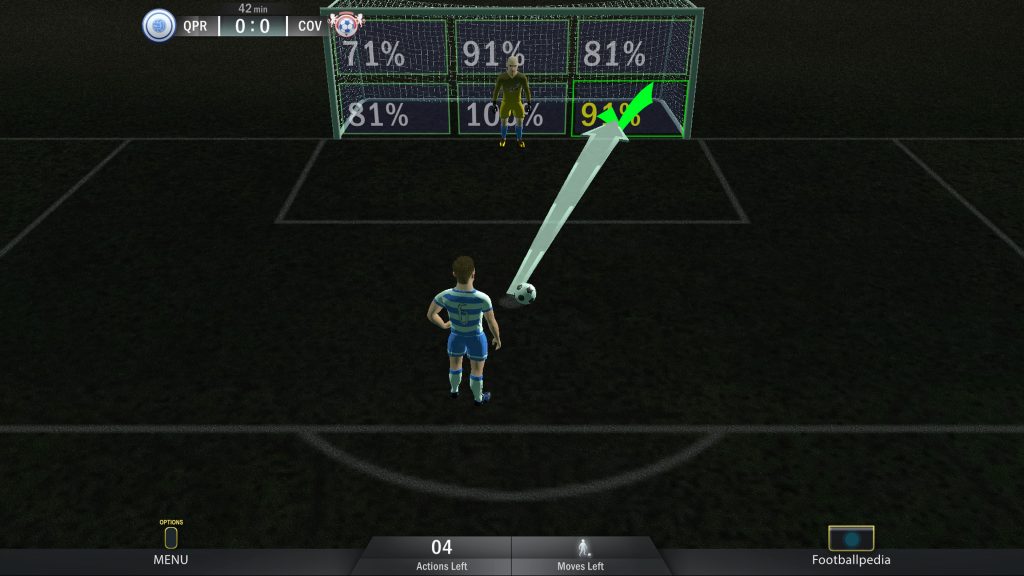 Off the pitch you’ve got the usual management activities such a buying and selling players, investing in coaching, developing the stadium and setting training routines.  It’s not all that easy to pick up, there’s a lot to do and the tutorials are more bothered about on the field activities but when you get your head around it, it does give you more control of your team’s fate and that’s  a good thing.

However, we found that these aspects of the game were just too unrewarding and sapped the fun out of the game.  In our first season we went up as champions having spent no money.  However, we were badly equipped for promotion and it turns out that our well-saved funds didn’t really buy us very much in the way of talent.  The players available were nearly all worse than what we had in our squad and sending out a scout would cost a quarter of our entire coffers. 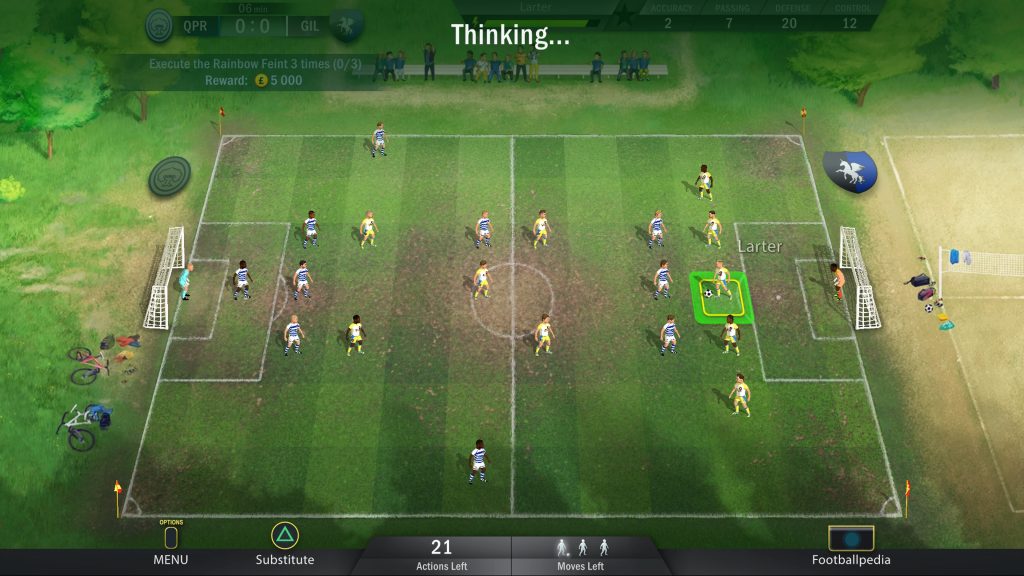 I think the idea here is to build slowly, playing in that league over and over until you’ve made enough improvements to your squad to compete.  That’s fine in real life but it makes Football, Tactics and Glory  feel like a chore at times.  Mercifully, the leagues here are cut down and so you don’t have too many matches to play each season but even one season in the lower leagues is a huge time sink.

Also, training new skills takes absolutely ages with special skills taking at least a year to materialise.  So basically you’re always going into a new season with mostly the same squad and none of them are much better than when you started the previous season.  But again, if you’ve got the patience to slowly build, you will get there but it feels like real-life football when your team gets promoted and then after a day of celebrating you realise that you’re going to have a horrible time next season. 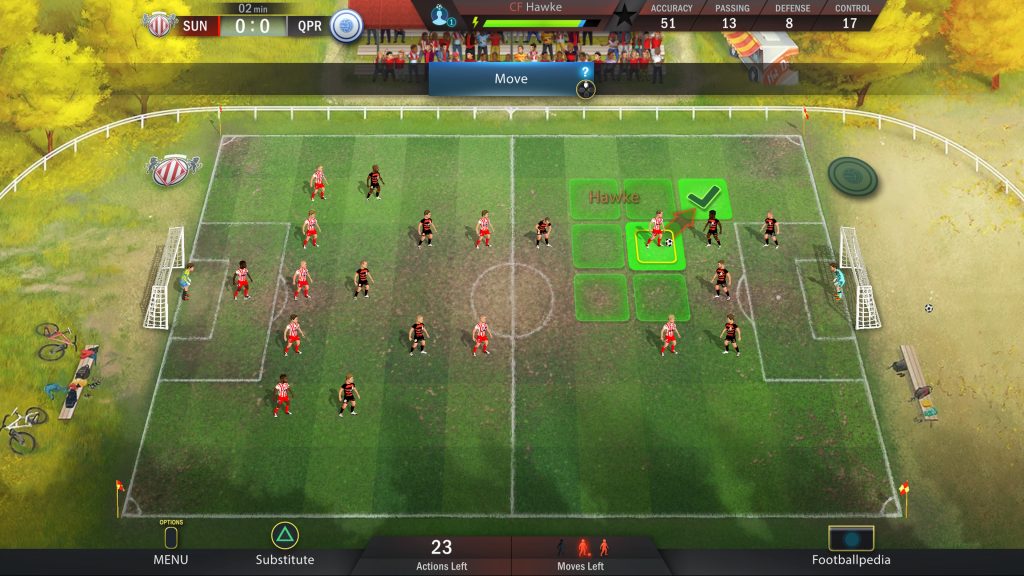 The presentation here is pretty weak too.  The graphics are simple, the animations even more so.  There’s moments of slowdown, times where your cursor just flies off to the left and you can’t get it back, unpleasant menus that are hard to navigate (especially making in-game tactical changes) and the sound is pretty basic too.

With all those problems, it’d be easy to write Football, Tactics and Glory off as a failed indie experiment but the core gameplay mechanic is interesting enough to make this worthy of a purchase if you’re curious about it and don’t want to pay £50 to play FIFA’s career mode or you don’t want to lose six months to Football Manager.  It can be frustrating, sluggish and not very rewarding but there’s a good concept here and the execution, as low budget as it is, is good enough to give tactical-minded gamers some real value.  This one might not stay on our hard drive for long but we’d buy the hell out of a sequel.

Cons
- Weak presentation
- Relies on luck a lot
- Progression feels very slow
- Fiddly UI
Summary
Football, Tactics and Glory is a genuinely interesting mix that takes the fundamentals of football and uses them to make a novel turn-based strategy game. It could be slicker, more rewarding and bit fairer at times and it can feel like a step down from the likes of FIFA but actually it's an interesting evolution for the football management genre and while we personally didn't love it, we do love what it is trying to do.