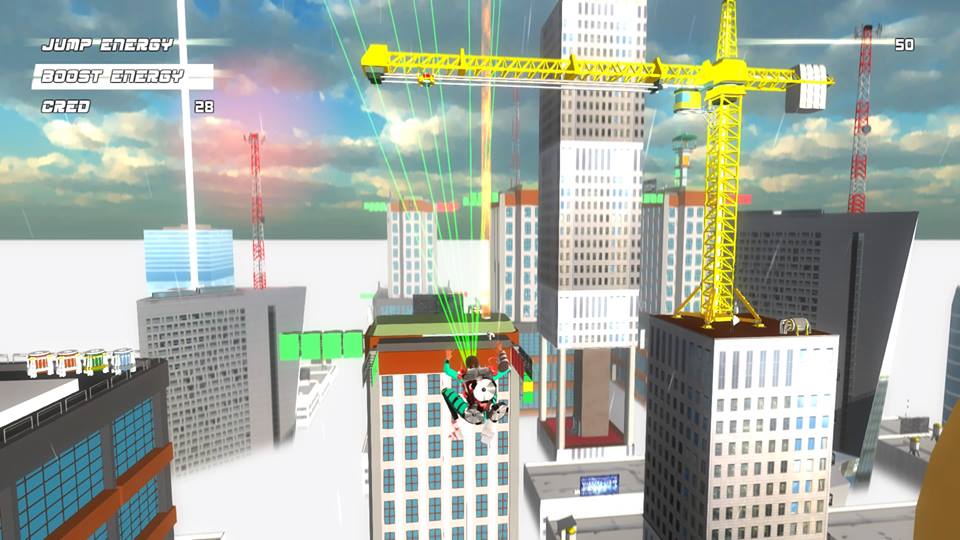 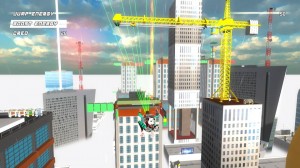 Back in the way back, in the long long ago when you could consider the PS2 and Gamecube the newest kids on the block it was fair to assume that all superhero based games were steaming piles of poorly thought out ideas and phoned in gameplay which barely reflected the incredibly expensive licenses. Spider-Man 2, the game based on the movie of the same name generally got off light however and is fondly remembered for being the game with the swinging mechanic that wasn’t totally rubbish.

For the time it was an incredibly fun mechanic that saw Spidey flinging himself between the Manhattan skyline as he set about beating up criminal folk and having a good time just being a swell guy. Here’s the thing though, remove those rose tinted spectacles of yesteryear and you soon realise that Spider-Man 2 is nowhere near as good as you remember it to be. This is a harsh reality that you must face when diving into Energy Hook. 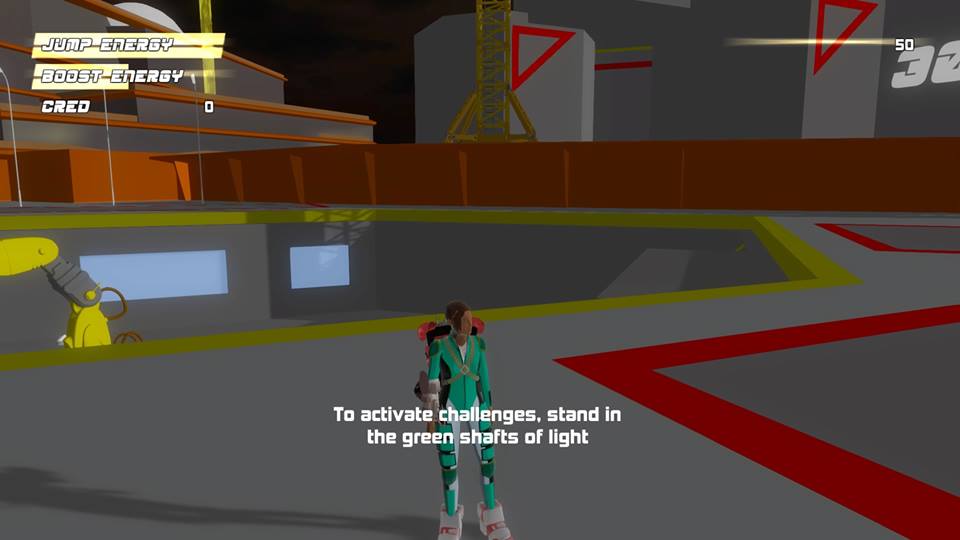 Happion Laboratories is headed by the same gentleman that created the swinging mechanic in Spider-Man 2 while he was working at Activision, He also helped craft high score mechanics for the Tony Hawk Pro Skater franchise. Having removed the shackles of AAA development and gone it alone as an independent developer his first project is here and it is called Energy Hook, combining both the swinging and trick attack mechanics from his previous work to make his mark on the gaming world. On paper this seems like the best idea ever, having myself been a fan of both of those games as I sunk countless hours into them. In reality however, let’s just say that not every fantastic plan can come to fruition flawlessly.

The outlook seems grim as soon as you start up the title. After the Indie stamp of approval of the Unity logo pops up you will be greeted with one of the most awful menu screens I have ever seen. Now menu screens shouldn’t be a major issue but as a first impression this is bloody awful. On one side of the screen you have a rotating orb with the sort of pixelation you would see on an early 90’s FMV created for DOS. You know the signs are really bad when the menu itself cannot be controlled with the D-Pad.
When it comes to the gameplay there are so many problems that it is difficult to figure out where to start. The first thing you will want to do immediately is to turn down the turning sensitivity and follow camera. If you don’t do this then the lack of proficiency to chain together swings will be the least of your worries as the camera bounces around incessantly. When you do teak the experience then things do get better and the swinging feels far more manageable yet at no point does it feel like you are in control thanks to the aiming for the grapple being massively inconsistent and your avatar having all the balance and grace of the goat in Goat Simulator. 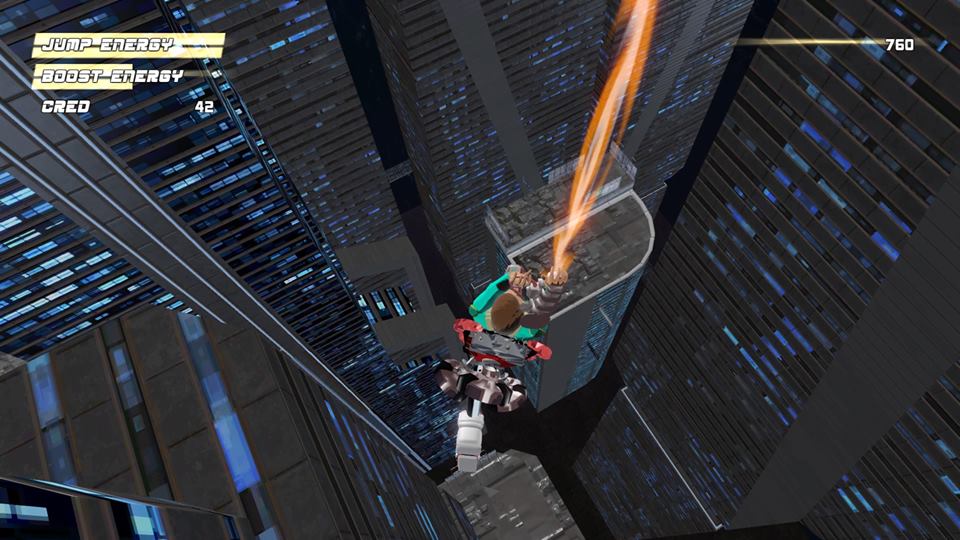 The Energy Hook itself is a real pain to use. When you pull on the trigger you see several lazer style lines reach out in front of you, It tracks an angle on the building or block and then selects the nearest swing-able place. This is inconsistent in practise as although you may be jumping towards a crane to swing forward but instead you find yourself latching on a building, making you swing face first into it, leaving you with an unsatisfying building shaped mark on your face. Sometimes the hook will latch on to what you want, sometimes It won’t and will see you end up falling needlessly, it’s a real mixed bag that seriously hurts your chances of success.
The backgrounds and art style reflect this inconsistency also, with each of the sandboxes having relatively bland and nondescript locations with some of the poorest textures I have seen next to completely unrecognisable solid colour blocks. It is often difficult to figure out whether the thing you have attached to is a building or whether it is the obelisk from 2001: A Space Oddysey, a matter made even worse when you are actually swinging around these as if you forget the camera position you may think you are flinging yourself to another near swing-able object but instead you are launching yourself towards a watery grave. Well, if that is water. Sometimes it can be very hard to tell as the buildings or mountains you swing on sit on a foggy layer that obscures any signs of life or scenery below the layer, there is more fog here than the entire Turok franchise. 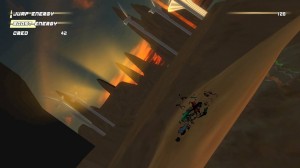 There is nothing in the way of story and the missions are simply beacons of light to run to and accept similar to side missions in more complete games. These missions can range from simple high score attacks to VR challenges (which are basically less populated versions of normal races) and race missions which see you swinging through hoops bringing the Superman 64 vibes full circle. Luckily most of these can be ignored as new areas can be opened up by seeking out green glowing orbs but considering there are only seven of these orbs on each stage it doesn’t leave you with much to do.

Energy Hook
3 Overall
Pros
+ On the rare occasion when you link together swings it can feel good.
Cons
- Erratic camera and controls in general - Bland and uninspired graphics and model work - The core concept is so poorly implemented that it is barely functional.
Summary
Energy Hook adds itself to the list of Kickstarter projects that had a great concept and pedigree but fails to live up to the hype and potential. What results is a poorly devised and implemented mess that seeks only to disappoint. If you want to swing around in a game then grab Bionic Commando on instead.