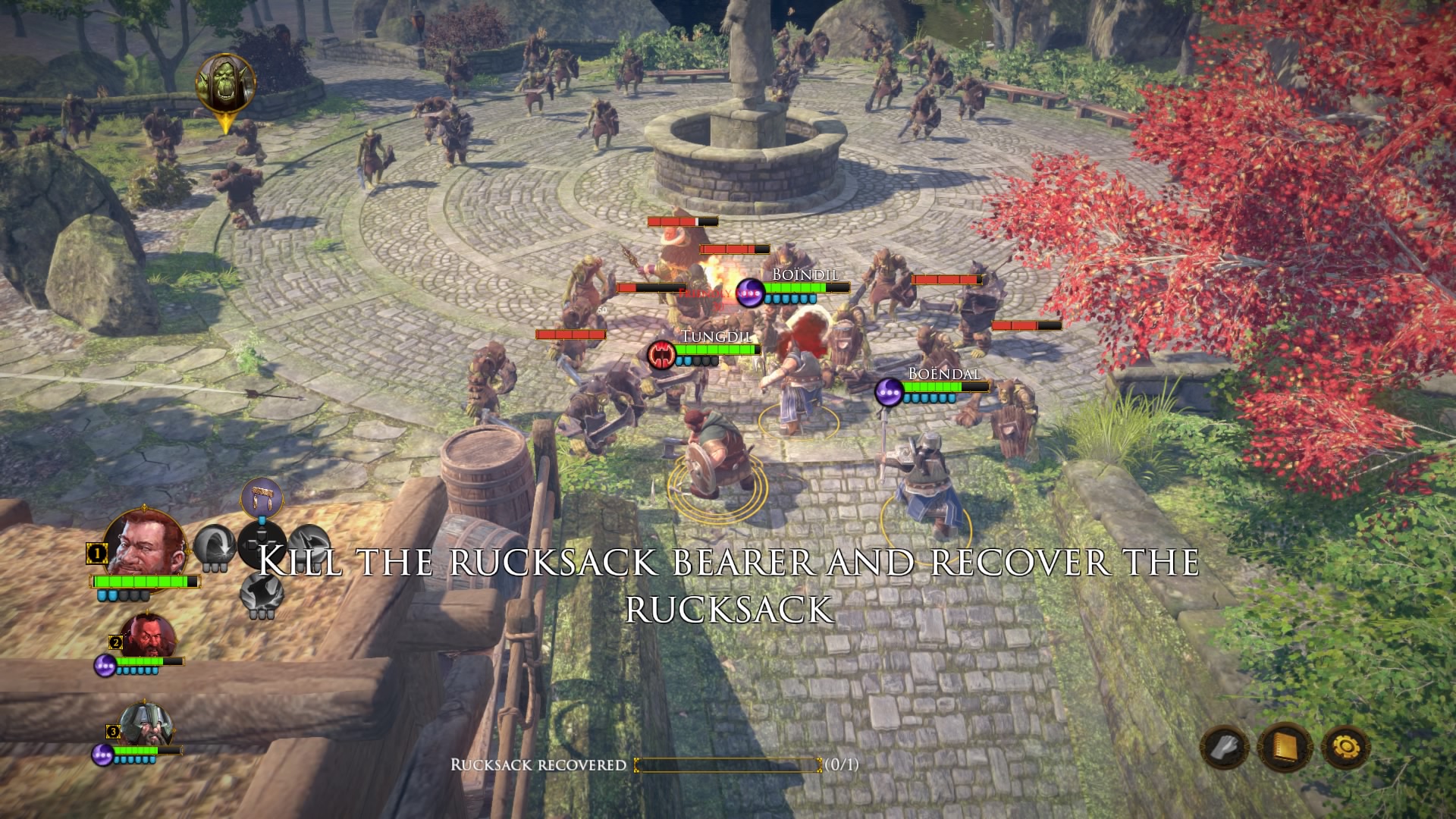 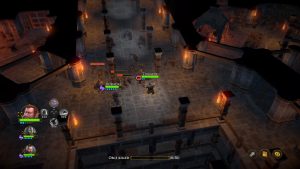 Based on the Markus Heitz novel of the same name, King Art Games are attempting to provide tactical-RPG fans with something a little different. Will the small package punch above it’s weight or will the diminutive figure dwindle under the weight of expectation?

First thing’s first, the source material gets put to great use. With some snappy writing and excellent voice acting, the game’s plot, whilst rigidly stuck to the novel, gives proceedings great context. It’s firmly encamped in fantasy trappings but the book’s darker themes are not shirked with scenes of massacre, murder and war. There’s a likeable cast of heroes set against some deplorable villains and, by far, the storytelling is The Dwarves’ best-played card. You begin life as Tundgil, a Dwarven blacksmith raised by humans. This fish out of water quickly finds himself thrust into a war with many competing factions and world-ending consequences. En route, you uncover many townsfolk ravaged by conflict and the world certainly feels well fleshed out. The compatriots he befriends are equally well-written with some great voicework on offer.

The presentation helps drive home the story’s strength with a bright, cartoony aesthetic that fits well against the usual fantasy backdrops of villages, mysterious caves and dungeons. There are some very detailed cutscenes that portray the larger points with the smaller interactions on the world map being handed to you in dialogue boxes not too out of place in a visual novel. It comes with some outstanding narration and moments of player choice that, whilst not providing any serious consequences, gives the player a little ownership in Tundgil’s story. I’m reminded of Tears to Tiara II: Heir of the Overlord which, whilst occupying a similar genre, could not muster a decent pace to make any of its plot memorable.  moves at a much brisker, urgent pace. Stakes are raised quickly and the whole tale plays out in around ten hours. It’s short by RPG standards but it gives the package a tight, blockbuster feeling. 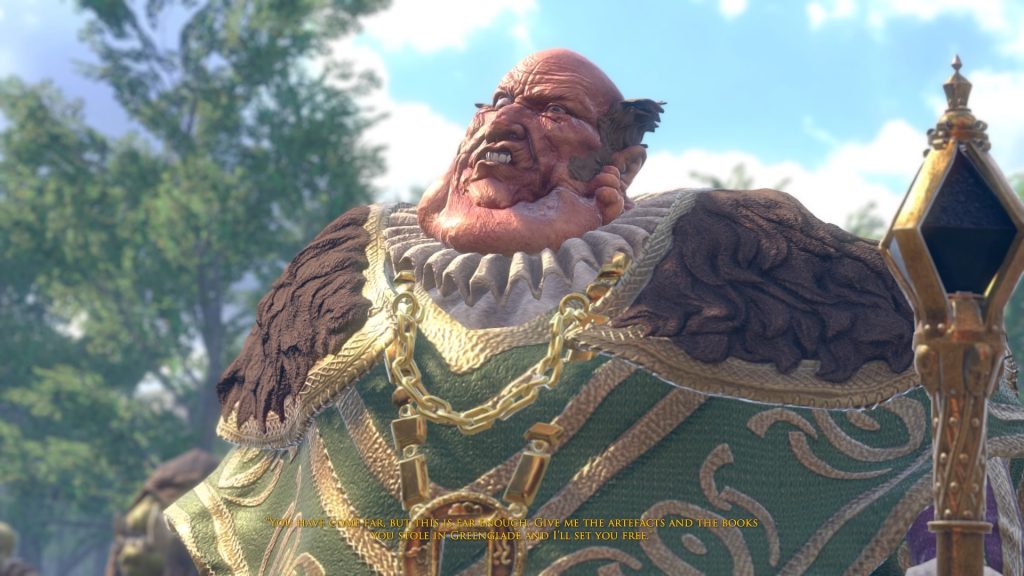 With this heightened speed comes a game that doles out the gameplay swiftly. As a tactical RPG, the combat is delivered in an overhead perspective. You control a team of 3-4 heroes and are tasked with completing objectives in a battle scenario. Your heroes attack by default but can order units to use special abilities. There’s quite a bit of threat management required. You can pause the action to take stock of your surroundings or dish out the damage in real time which presents a problem for me. I never really got a handle on what was best for any given situation. Some missions task you with recovering items, surviving hordes or escaping trouble. You can switch between characters easily enough but I could never shake the feeling of exposure. When unattended, the spare heroes don’t seem to do much under their own initiative so they’ll often stand in harm’s way. You can queue one action for each character during a pause but it’s not robust enough for you to trust them to do the necessary in your absence. 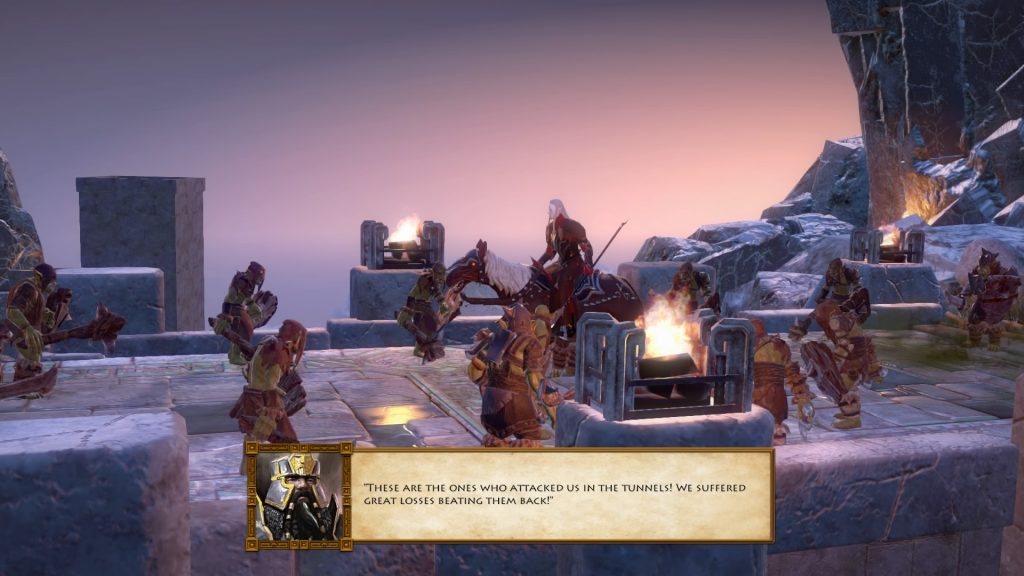 The challenge feels very uneven. If you’re managing multiple objectives and characters, you can feel overwhelmed as you spin several plates. Some players will get a kick out of the steep spikes but I’m not in that camp. The character-building aspects seem somewhat limiting as you’re reduced to having an ability to pick when you level up and one trinket to associate with each member of your team. Whilst your roster of teammates widen as you progress through the story, I’ve never felt truly powerful. Even dropping it down to easy difficulty doesn’t seem to help in the game’s larger bottlenecks. Side content seems a little lacking and, with little gear and benefits to play for, it comes off looking a little hollow.

There are technical issues too, at least on console editions of the game. The choice of camera observes geometry so that can sometimes present problems as you try to observe the map. This is exacerbated by an engine that, about three hours in, struggles to deal with the mobs on screen. You’ll see stutters, hang-ups and maybe some soft-locks as missions play out. Load times are lengthy and pretty frequent so your patience will be tested if you have to repeat battles often. 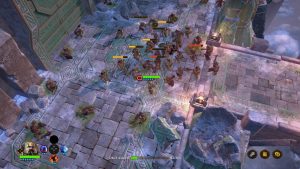 I’m really disappointed by this. The plot and characters are great and the presentation is commendable but the uneven challenge it presents and the technical problems hand this package a huge dent. Fans of the fiction might be more convinced but I’m finding it a struggle to recommend.  It’s a game I’d prefer watching, rather than playing and that’s a true shame.

The Dwarves
5 Overall
Pros
+ Well-written story with great characters. + Tightly paced. + Fantastic presentation. + Very nicely acted.
Cons
- The RPG aspects are very limited. - Difficulty spikes and uneven challenge prove frustrating. - Long and frequent load times with plenty of stuttering in battle. - Terrible camera.
Summary
Whilst The Dwarves has an enjoyable, well presented story, the RPG it tries to present has limited character-building and uneven combat. It's not deep or robust enough for me to truly endorse. Those that persevere might find a tale worth seeing but be prepared to suffer against a troublesome camera and some worrying technical stutters.