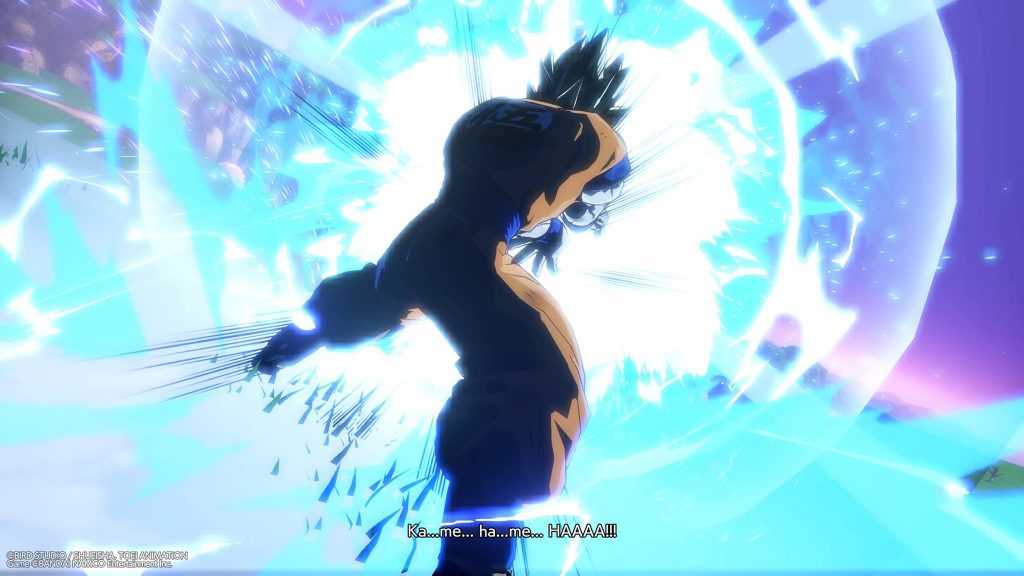 After over thirty years of limelight and its sheer amount of influence over all mediums, the Dragonball license requires no introduction. The exploits of Goku and friends has long been the posterchild of Anime that features men screaming loudly to power up, while flying at each other in a flurry of kinetic rage. Of course, with any successful franchise of this type, there will be tie-in video games and Dragonball Z has a whole bunch. Sadly, most of them have failed to live up to the expectation of some fans, with only a few diamonds amongst the incredibly rough majority. The key issue with all the games in the Dragonball Z universe is that they are generally only made to sate fans of the show and damn anyone else who may show a passing interest. Dragonball FighterZ is different.

It would be impossible to start a review for Dragonball FighterZ without mentioning the first thing that turns your head when you see it in action. The presentation is nothing short of amazing. Utilising the same graphical style of Ark System Works’ Guilty Gear Revelator XRD, DBFZ doubles down on this novel approach to cel shaded 3D models on a 2D plane that not only looks like the show it is based on, but in some cases, looks better. The classic DBZ characters look fantastic, with stances, movesets and general idle animations fitting each personality perfectly. Special moves are as spectacular and destructive as their show counterparts and the background stages fit in with the well-known backdrops of the show while also reacting to the chaos on screen by suffering destruction from stray ki blasts and screen filling special moves that can rip the entire arena apart. Couple this visual presentation with the audio, featuring much of the original voice cast from both the Japanese and Western releases and you really have the most authentic Dragonball Z experience committed to console to date. 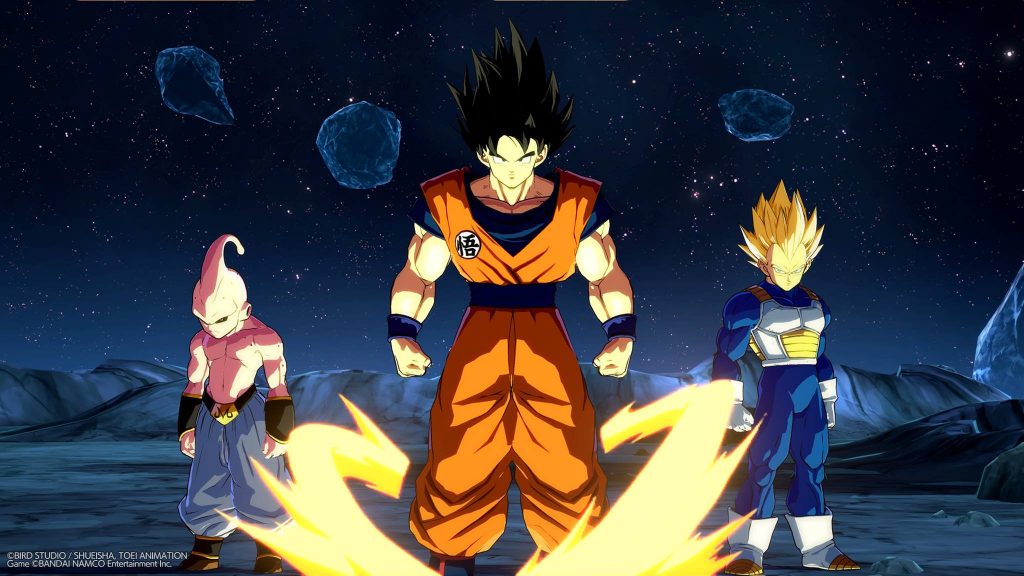 Of course, the most important part of a game of this type is the combat. Previous DBZ games have always struggled to strike the balance between trying to please the fans with accessibility over complexity, often leaning to the insultingly easy commands that offer little in terms of player agency, but DBFZ succeeds where others have failed. Often the hardest aspect for a new player to wrap their heads around in fighting games are the long combo strings to remember and complicated inputs for special moves. Ark System Works has struck the happy medium by allowing players to compete with simple auto combos that can be triggered by simply tapping a single attack button repeatedly to pull off a flashy combo that looks and feels satisfying. This is great for a couple of reasons, this offers those with lesser fighting game knowledge a chance to compete, allowing players to focus more on their positioning and timing rather than mastering twenty directional and button commands while also coming with the benefit of being able to learn from this. Auto combos are never and should never be considered win buttons either, as home grown manual combos will always win out in terms of damage.

Further to this theme of accessibility and depth, special moves show up in the form of screen filling displays that not only do massive amounts of damage, but also look spectacular in motion. Each are activated by using a simple quarter circle motion, either forward or back and an attack button. Some can even be modified by additional button presses in conjunction with your special ki meter such as Krillin’s Destructo Disc, where additional discs can be thrown by continually pressing R1 or Tien’s Tri Beam attack, which as a nod to the show physically hurts Tien as he throws more out. While the simple motions may seem all too simplistic to some, it does not take away from the personality of the Dragonball Z characters themselves, it just reduces that additional barrier that many fans would face before. 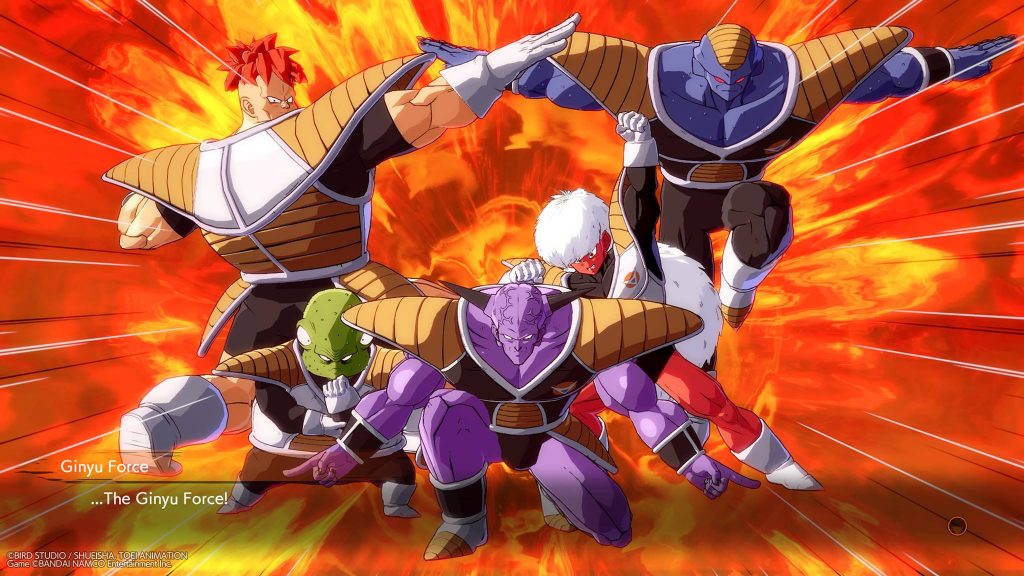 The only real weak point to DBFZ is the story mode in general. The story takes place over three arcs, each with the overlapping narrative where the Z fighters and villains are all alive, but their strength has been diminished by electronic waves that are emanating from a mysterious source. Characters are only able to fight to their best ability when linked with a soul (which is you, basically) who controls their bodies during the various fights ahead against clone versions of themselves. Along the way you can recruit other saved characters who you can switch in and out to create the best team for you. The linked soul concept is a bit on the contrived side, but it serves the purpose and attempts to bring the player into the Dragonball Z universe, which I am sure some fans will enjoy. Particularly when the characters interact to the situation they find themselves in.

This is not to say that the character interactions, the voice acting and fan pleasing vignettes aren’t great, they are. It’s just that the gameplay element is incredibly repetitive when all you are facing are clones of characters that do not put up much of a fight. They seem to only exist as experience dispensing piñata’s rather than enemies. To counteract this, Ark has added a traditional Arcade mode which I feel does a better job of introducing players to more challenging encounters and follows the usual ladder type structure in terms of difficulty. 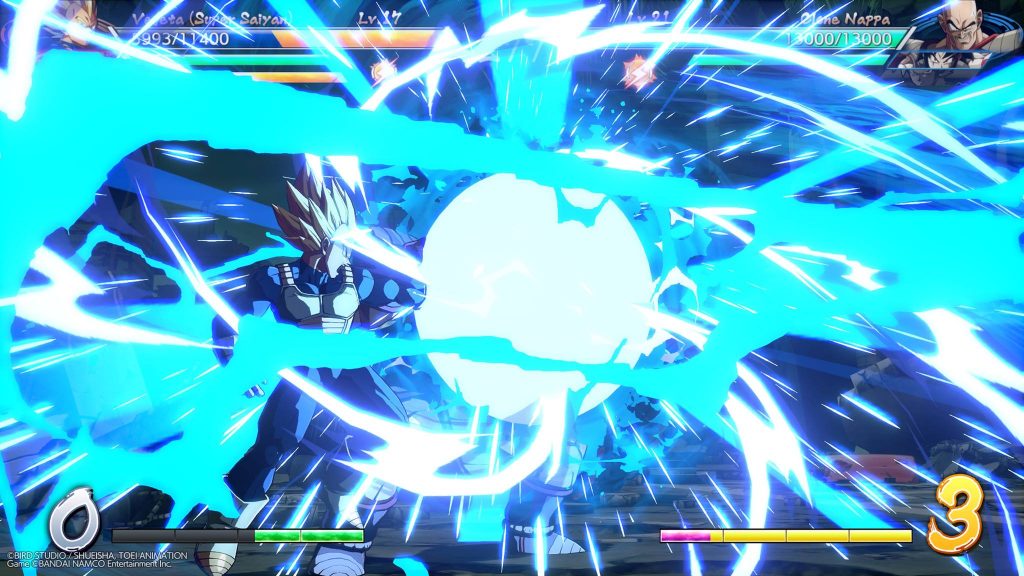 Online play as an ongoing prospect is one of the features that seems to be improving by the day. When the game launched it was subject to players not being able to enter lobbies and laggy disconnects, but this is likely down to the sheer amount of unforeseen success that the game has received. When it started working and as it continues to work, the gameplay is fantastic with minimal frame loss and rubberbanding that has marred other fighting games previously.

The success is well deserved it seems, with such passion and attention to detail, Ark System Works have created a superb entry into the franchise and a fantastic fighting game overall. The hardest part now, is figuring out where Namco will go next with the Dragonball Z game license, because quite frankly, I doubt it could ever get better.

Dragonball FighterZ
9 Overall
Pros
+ One of the most accessible fighting games to date
+ The best use of the Dragonball Z license in gaming so far
+ Stunning presentation
Cons
The story mode drags on a bit
Some minor connection hiccups at launch
More characters from the start would have been welcome
The only thing missing is the "Rock the Dragon" theme song
Summary
Dragonball FighterZ is the first truly essential video game based on the classic license. It bridges the gaps between fan service, accessibility and complexity incredibly well, while looking fantastic in the process. Ark System Works have not only demonstrated their technical prowess in the gameplay department, but have also shown an immense love and understanding for the franchise in terms of attention to detail. If you love Dragonball Z, then you will love this. If you don’t, then you will find a great fighting game here despite that.