We reviewed the original Distraint last September, less than a year ago, and remains one of our favourite games from the ever-prolific publishers Ratalaika.  It told the story of Price, a young man working for a law firm who lets his job change him as a person until he eventually struggled to live with the decisions he made.  The game got a lot right – the moody presentation and the excellent story being the main highlights – and despite this reviewer having almost no time for indie games about feelings, we gave the game a positive seven out of ten.

The only things letting down Distraint were its short life span and lack of replayability but the first thing I did in preparing for this review was to replay it, getting it all done in under two hours (despite having no real memory of the solution).  Anyway, it was a good job that I did because Distraint 2 continues right from where the original left off.  If you’ve not played the original, STOP READING.  It’s three quid usually, so buy it, play it, enjoy it and get back to me.  But assuming that you’ve finished the first game, we’ll continue. 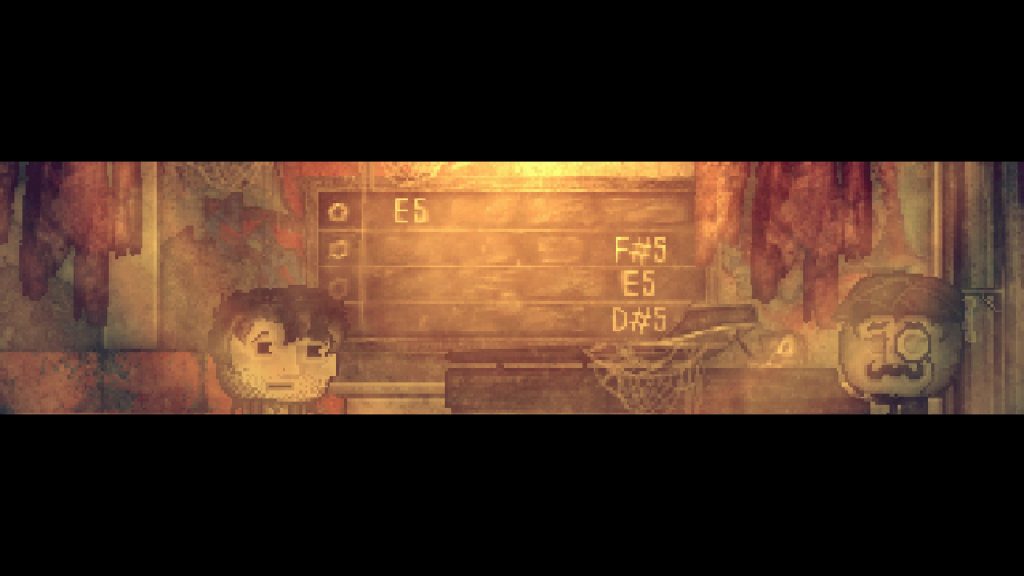 After evicting three people from their homes, including Mrs. Goodwin who went on to die in a nursing home, Price was working towards standing up to his greedy bosses and telling them where to stick their job.  However, they surprised him with a party where they offered him a full partnership in the company.  Price accepted and we then caught up with him later, about to get evicted himself.  He had been unable to live with the guilt and the last thing we saw was him putting a shotgun to his mouth and we heard the bang after the camera had moved away.

It was a shocking and stark ending and not one that appeared to set up a sequel.  However, Distraint 2 continues where the original left off with Price as the main character.  We won’t go into the plot but clearly the game isn’t set in reality and instead plays out much like the first but crossed with a spooky Blair Witch vibe.  It’s not a full horror game but Distraint 2 has got the Silent Hill creepiness down pretty good.  Grainy camera effects and very effective sound cues set up an atmosphere that you’ll be eager to escape. 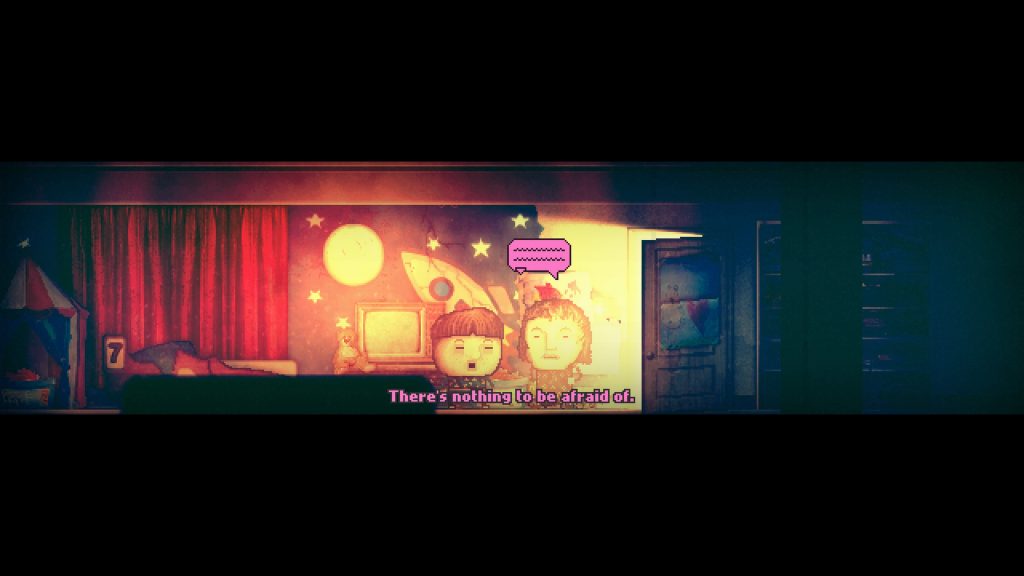 Beyond that, the game doesn’t rely on too many horror tropes.  You’ll see a few creepy figures in the dark but the game keeps the jump scares to a minimum.  This isn’t strictly a horror game and instead is more of an exploration of the human psyche.  That stuff it does very well but a lot of what Distraint 2 does is a metaphor for something else and most of the time you can see exactly what the message is but it is still satisfying enough to play through and the ending is definitely worth sticking around for.

Between the start and the end, the gameplay is pretty much what you’ll be used to from the original.  This is a 2D graphic adventure.  Last time we compared it to some of the classic 8-bit graphic adventures and this is much the same.  You walk left or right, you enter doors to other rooms and corridors and along the way you’ll find things that require objects and you’ll find those objects.  There isn’t too much guess work and there’s nothing that’ll have you Googling up a solution, this is all pretty easy to work out. 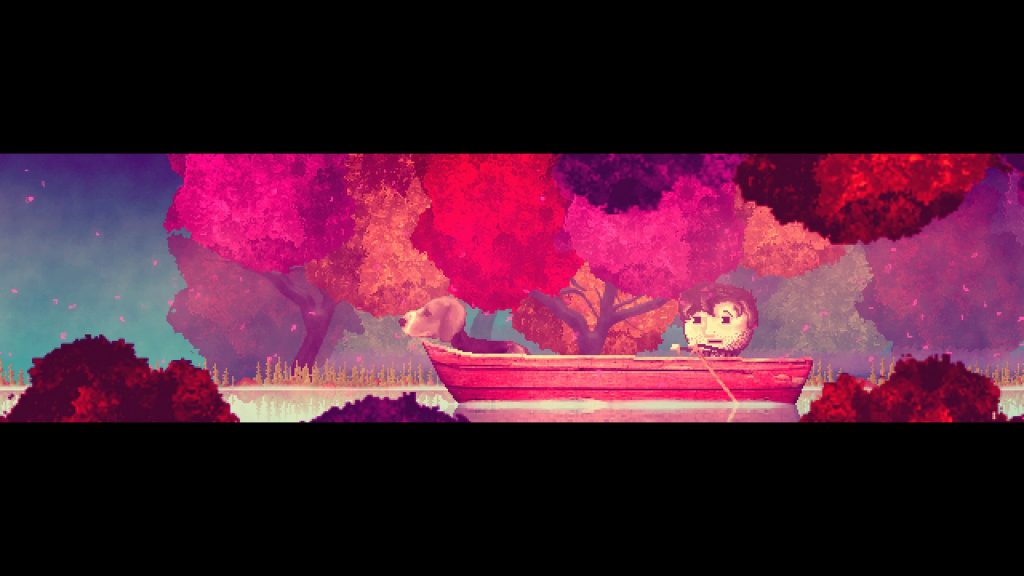 Distraint 2 is a fair bit longer than its predecessor, adding at least another two or three hours.  It doesn’t do too much with that extra time, the puzzles are still pretty simplistic and there’s quite a lot of dialogue although you do feel as though you are being counselled for most of it, but this does all address the first game’s short lifespan.  Clocking in at five hours, you get a bit more value and the game doesn’t overstay its welcome.  Any longer than this and you’d likely start to get a bit bored.

We mentioned the presentation but it is worth looking at in more detail.  The game uses an attractive hand-drawn art style that has just enough pixels to elevate it from being a pixel art game.  There are quite a few visual effects employed, all to a very unsettling effect, and while it is very similar in appearance to the first game, it does feel like a minor step up.  The nature of the story means that there’s a lot of drab, miserable locations but there are moments of colour and brightness that are used to clever effect. 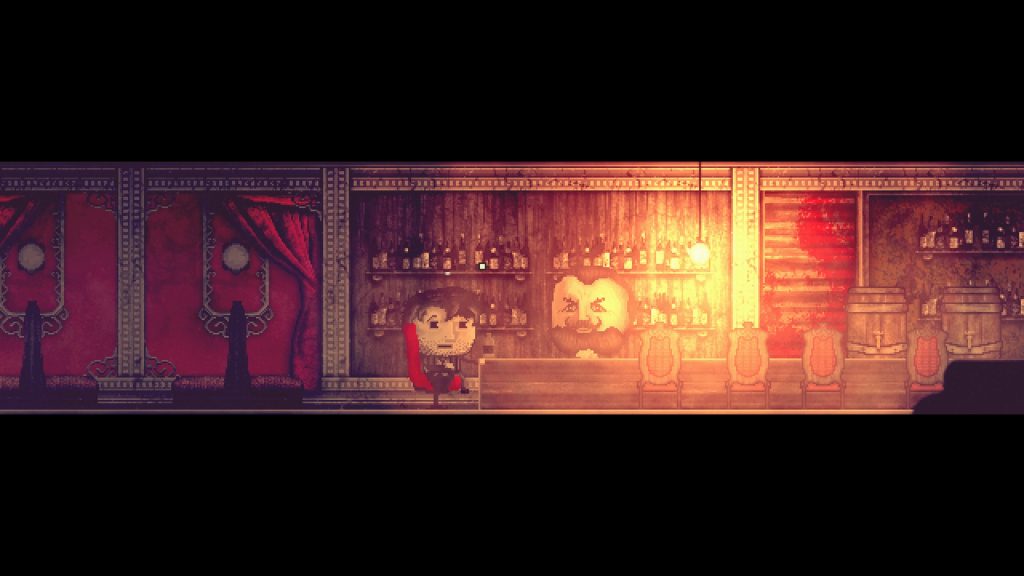 The soundtrack is great.  The background music feels a little like waking up from a dream, with melodies that you can’t quite grasp.  Sinister sound effects are used to full effect.  If you try to leave an area, you are enveloped in darkness while some horrible, indescribable wail gently suggests that you’re going the wrong way.  The game uses gibberish sounds to portray speech (this is a text-heavy game) but it soon stops sounding childish.

So having just finished the game, I’m in an interesting headspace.  The story was good and well worth playing the game for but the gameplay really just felt like more of the same and maybe second fiddle to the story but when it all ended, I realised I was fully bought in to Price’s plight and for a story-driven game, that’s all you can ask for. 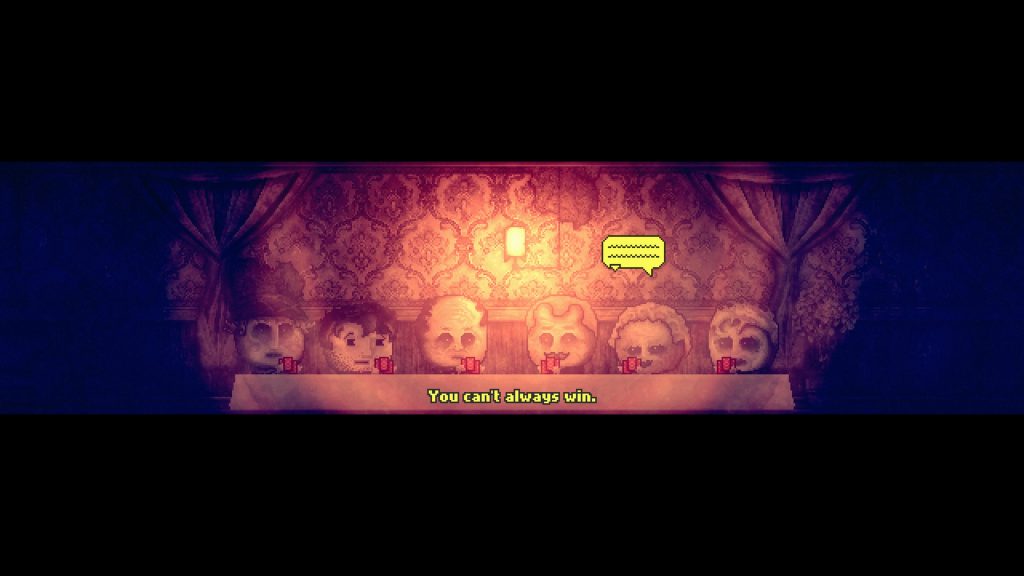 The elephant in the room with Ratalaika is usually the super easy platinum trophy and while there isn’t anything too difficult here, we’re glad that they’ve given the game the respect of eeking out those trophies and saving the platinum until the end of the game (in fact, you’ll likely miss a couple and will need to replay).  This isn’t a game where you want to see trophies popping up on the screen every ten seconds.

If you’re looking for wildly varied gameplay, really clever puzzles and any kind of cheery good vibes, Distraint 2 probably isn’t for you.  But if you want a good story with lots of personality and heart, the two Distraint games will not disappoint and it almost goes without saying that if you liked the first game, you’ll love this sequel.

Distraint 2
8 Overall
Pros
+ Another effective story
+ Brilliantly crafted atmosphere
+ Reasonably good puzzle gameplay
+ Doesn't throw all the trophies at you after 15 minutes
+ Longer than the first game
+ A little less trial and error than the previous game
Cons
- Still very easy
- Gameplay can feel second to the story
- Can be a bit bleak
Summary
Jesse Makkonen does it again. Distraint 2 continues where the original game left off and keeps the moody presentation and excellent storytelling going. The gameplay doesn't quite live up to the story but when the story is this good, we're happy to let that slide and just enjoy it.