From Valencia-based two man indie Eskema Games by way of Ratalaika comes Delta Squad. They have previous form in terms of FullBlast, also released  by Ratalaika.  Unlike that game from last year, Delta Squad is a PS4 only joint.

It’s a top-down twin stick shooter with four player local multiplayer if you so wish. Rather than attempt to come up with a precis of the storyline, such  as  it is, we’ll leave you with this from the press kit: After the alien invasion in FullBlast our heroes were enjoying a break, but fun never lasts, and the Dictatorship forces of General Rumanovsky wants to control a mortal virus that will destroy humanity. And that won’t happen under the Delta’s watch! The squad is here to stop Rumanovsky’s plans for global domination. Righto. 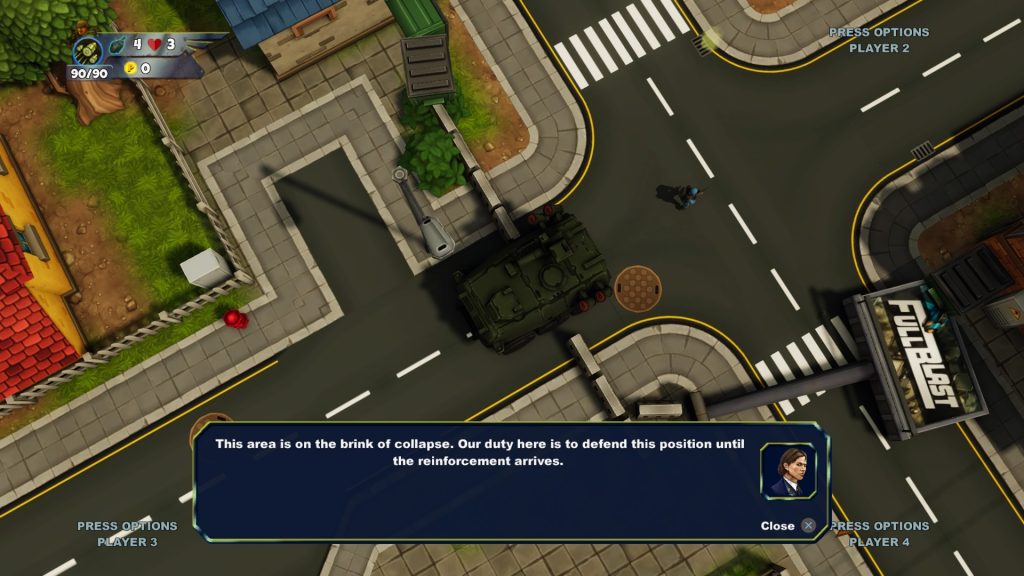 So this might be a sequel of sorts to FullBlast but only thematically. The outcome is you’ll be fighting against zombies and survivors who actually shoot back. The foot soldiers generally aren’t much trouble and will die quickly. You’ll have more problems with fixed gun emplacements and tanks. These can generally be successfully dispatched either by dodging them and strafe attacking them. According to the trophies at least, you’ll face almost the same troops as you have available. They being heavy, infantry and support. Not that you’ll particularly be able to distinguish any difference.

One thing immediately struck us was we didn’t really know what our objective was. There’s no ingame map you see. Eventually you’ll twig that your objectives are handed out to you sequentially from air dropped aid packages marked with a green flare and a tiny compass arrow around your player.

In the first mission at least, you’ll have to track down the laboratory which is partly responsible for the contagion blighting the five levels on offer here. This is all well and good but your progress through the levels is glacial. The pace is so slow that we almost found ourselves nodding off to sleep during our playthrough.  Though probably exacerbated by the fact we chose the heavy class a little. 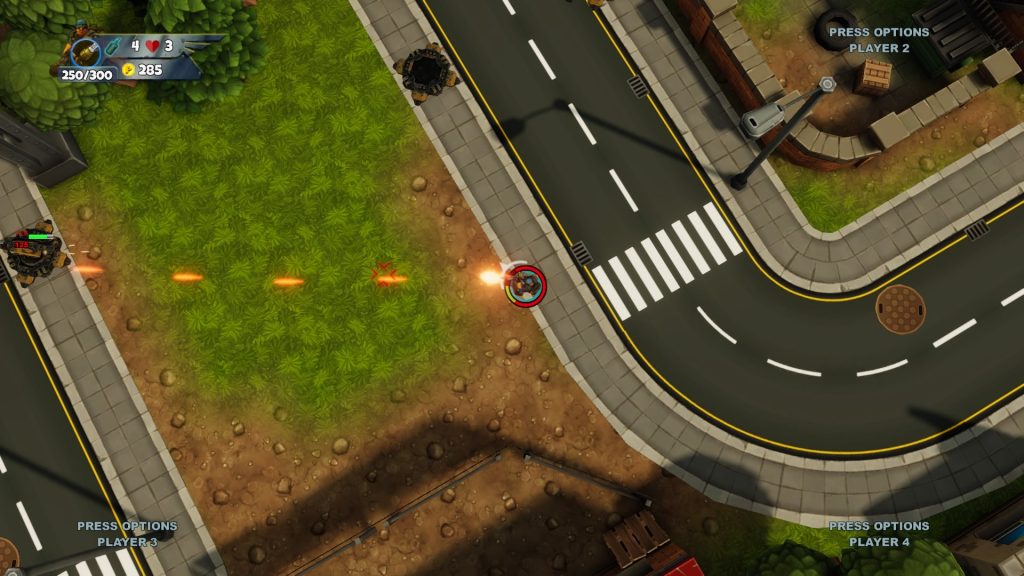 We went with their higher defensive rating and three hundred bullet capacity to get through the levels and survival mode. This was mainly down to the annoying foxholes and the fact that healing items were hard to come by.  We could’ve gone with the medic and got four med packs, but the miniscule health bar on offer meant any advantage was quickly negated. No regenerating health here and only three lives. Lose all three and you’re having to restart the level. The very long levels and no checkpointing between objectives made us replay levels far more than we’d have liked. 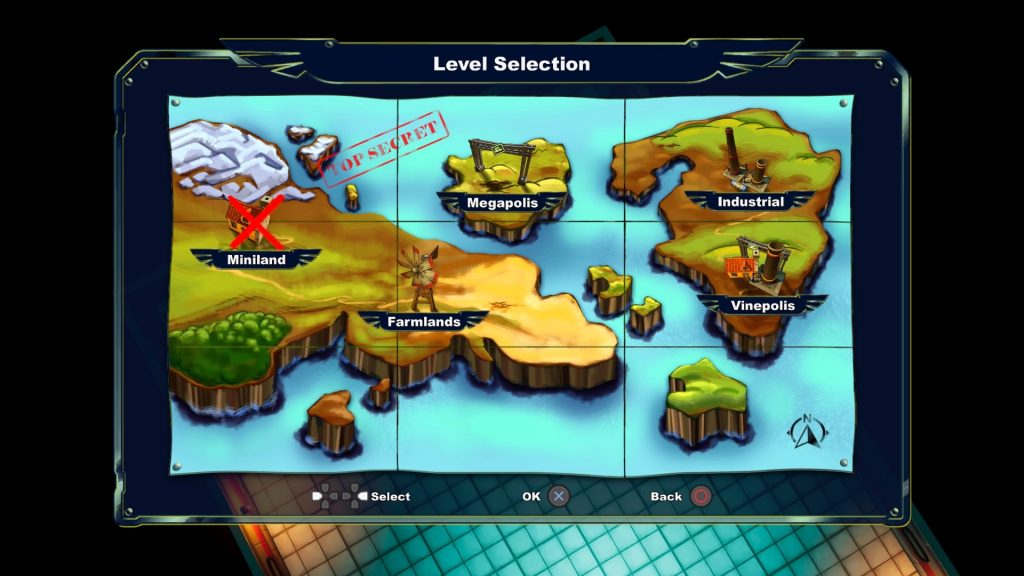 Never mind that on the first level, the main objective is right at the beginning of the level, almost right where you start. But you’ll need to jump through arbitrary hoops to get there. It’s understandable, but replaying the levels over and over meant they rapidly outstayed their welcome.

Especially when upon completing a level your progress through levels isn’t saved. Yep, for a full completion you have to play all five levels back to back. When you finish a level you can upgrade your character a little, but with the levels taking so long to complete you won’t particularly want to keep playing. We don’t see ourselves returning for a full playthrough, put it that way. 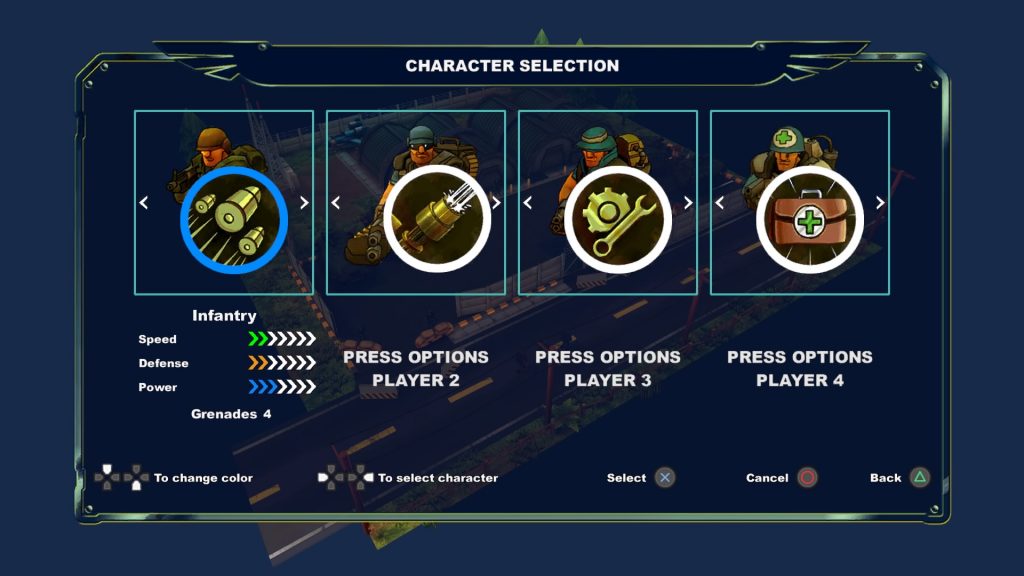 Here’s the thing. Delta Squad is dull. There’s simply no getting away from it. Even in the unlikely event you manage to scrape together four PS4 controllers, we doubt it’s even fun with four players. The support roles are clearly built with that in mind as they’re too feeble to be used in anything other than on the fringes. It’s a shame that there’s not four player bot play as no doubt Delta Squad would be more fun that way.

Eventually you’ll realise the only real threat here is from fixed guns or tanks, both of which can be successfully cheesed by shooting them just as they come into your cone of vision. It’s  a cheap and easy way to  progress, but necessary to get anywhere without dying prematurely. 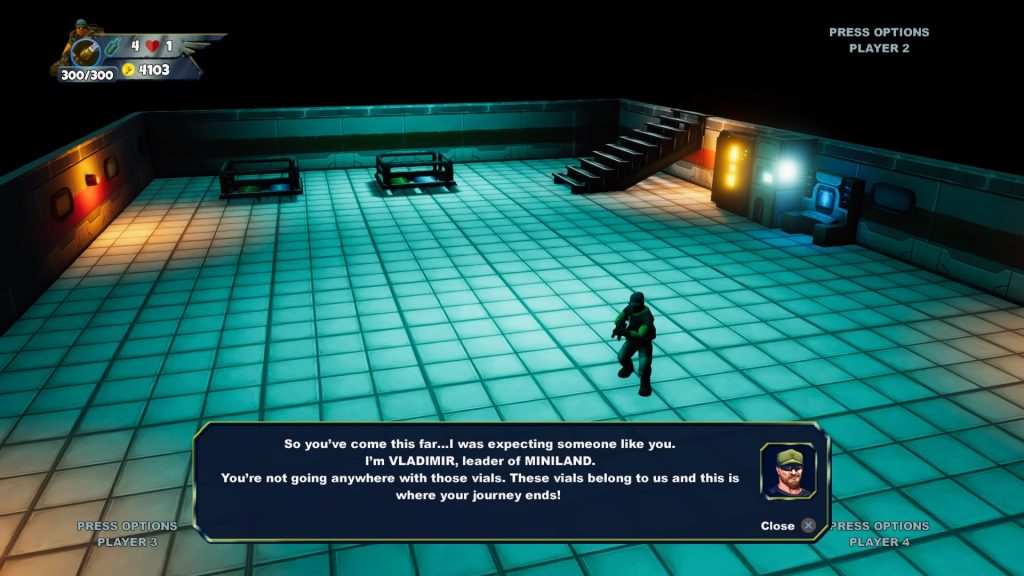 You’ll get to the climax of each level, the laboratory containing virus samples in all five levels. Once you’ve collected the samples, you’ll be funnelled into an arena to face off against a boss. Level one for example, has a bloke called Vladmir who you can do a fair bit of damage to by employing the same cheese strat. Only he spams grenades your way so you’ll be grateful for a solitary checkpoint at the start of the lab so you can restart if necessary.

Only when we first went back to retry him, his event didn’t load properly and we were stuck in limbo. Yet when we restarted, yup you guessed it, we had to replay the whole damn level over again. We switched off our PS4 and did some housework instead.

In conclusion, Delta Squad is a turgid built for four player shooter with overlong levels and no progress saving. It’s the very definition of a Ratalaika one and done, as we’re most definitely done here.