Deadcore is a game about getting to the top of a tower in the quickest time possible, and is a speed runners dream.  Full of gravity defying leaps, split second choices and with a need for lightening reflexes this isn’t a game for the faint of heart.  Originally released on the PC, where a mouse and keyboard can allow for some true twitch gameplay, for better or worse the PlayStation 4 version is firmly tethered to the twin sticks of the DualShock 4.

The goal in Deadcore is to reach the top of a tower which in principle sounds easy but in reality is anything but.  The tower is an imposing black obelisk hanging over a roiling vortex, ringed by floating geometric shapes and platforms, this is sci-fi as hell. The art design is great here and has an excellent futuristic feel to it, something I really dug. To climb the tower you’ve got to jump from platform to platform as fast as you can. 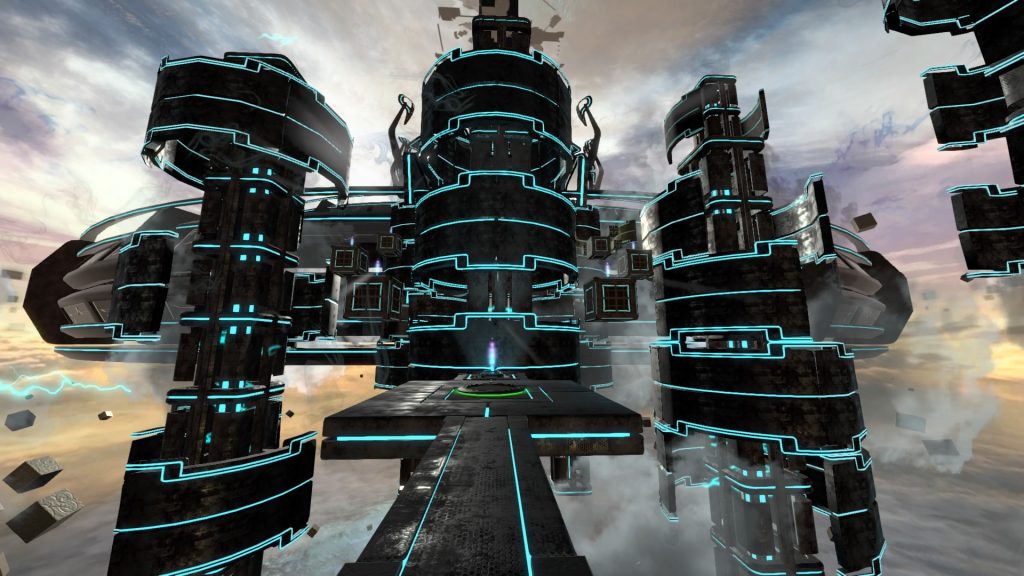 Control reminded me a lot of Mirrors Edge as movement was on the sticks but actions were mapped to the shoulder buttons.  This allows for you to be constantly moving and there is never a need to take your thumbs off the sticks which really serves the fast paced nature of this game. At the start you’re limited to a double jump, but as things progress you get a dash and a gun. The gun is mainly used for activating, or deactivating, jump pads or obstacles and often you’ll be called upon to use perfect timing to hit small targets as you’re mid jump, and this game is all about the jumping.

Whilst the controls have mapped well to the DualShock 4 the analogue sticks just aren’t as responsive as a mouse and keyboard set up.  In a game where split seconds matter the sticks just don’t allow for the kind of spins and flicks you can get away with on the mouse.  This works to slow down the gameplay making you wonder both if you can make the jump, as well as if you can make the shot.  This doesn’t break the game but does end up making it harder which is unfortunate. 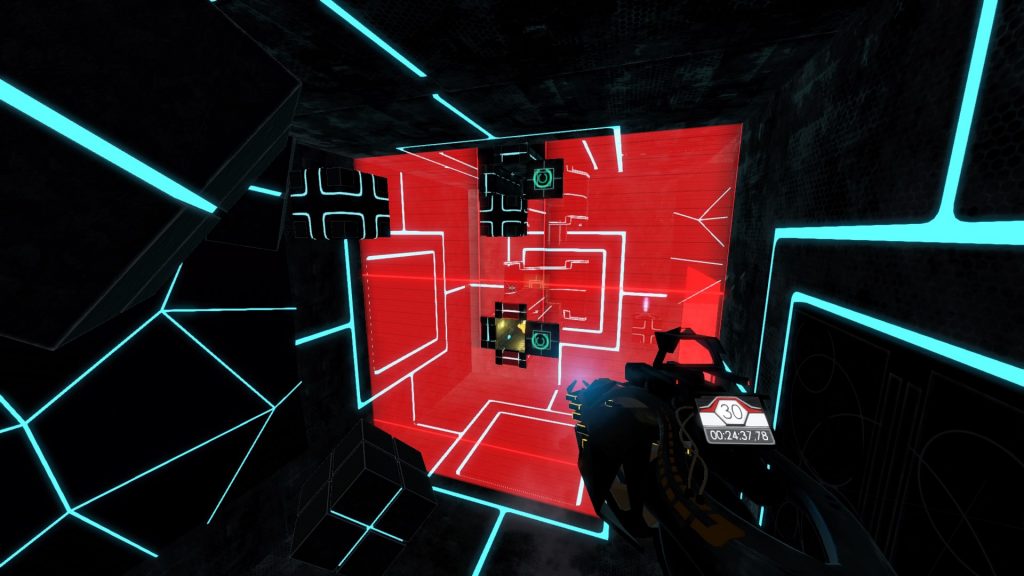 In order to scale the tower you’ll need to navigate floating platforms and jump vast distances.  The majority of these platforms are without any kind of barriers to prevent accidental slips and are often tiny cubes barley big enough to stand on.  Not only is navigating these huge jumps a challenge but rarely is a jump not complicated by the addition of things that will either kill or push you off the edge. Deadcore is a skill based game where you’ll need to learn the levels and memorise the timing, and in this way is perfectly geared towards speed runners who will be able to keep their momentum going and hurtle through the levels at a near suicidal speed. Luckily though respawns are near instantaneous and you’re never out of the action for long.

The way the game has been built around speed running is evident from the menus where there is a separate option for it.  Whilst this is a great addition, if you’ve got the skill to run really fast, it does mean that for mere mortals the game progresses at a much more measured pace. Playing the game at a slower pace changes the experience significantly as it turns from a fluid apparently effortless run into a staccato disjointed walk. It’s here that the game feels un enjoyable as you’ll spend seconds looking at the environment wondering how the hell to scale that monument only to make a jump, miss a switch, hurtle to your death and then do it all again. 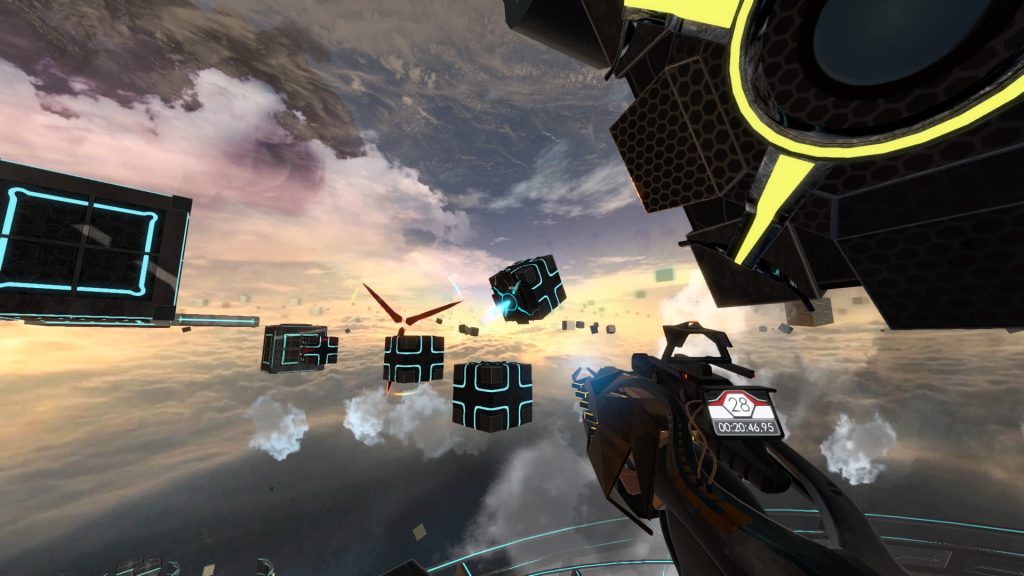 The need to play the game at speed to enjoy it fully presents an odd kind of challenge, and one which Mirrors Edge suffered with too. Its great being given these navigational skills but in order to make the most of them you need to learn them, and in order to learn them you need to be able to use them effectively.  It feels like a catch 22 situation where a pre-requisite to being good at the game is actually being good at the game. That’s not to say you can’t put time in to learning the levels and memorising the paths but the early fumbling attempts at doing this end up feeling so different to the graceful speed runs of a skilled player that they are almost different games.

Deadcore then is a game built for speed runners but people lusting after the fastest times will likely be hampered by the controls on the PlayStation 4. It is also a very hard game to learn and get good at, this imposing difficulty will likely put many people off.  However for £6.49 this is priced well and will offer some diversion during these dry summer months, just don’t expect to be playing this for months to come.

DeadCore
6 Overall
Pros
+ Well designed Sci-fi world
+ If you manage to get momentum the game can feel very fluid and fast
+ Offers a good challenge for speed runners to master
Cons
- Despite some well mapped controls, the DualShock 4 just isn’t as responsive as a mouse and keyboard
- This is a very difficult game
- When you’re learning to be good at the game it can play a lot slower and feel very clumsy
Summary
Deadcore is a game built for speed runners, but people lusting after the fastest times will likely be hampered by the controls on the PlayStation 4. It is also a very hard game to learn and get good at, this imposing difficulty will likely put many people off.  However for £6.49 this is priced well and will offer some diversion, just don’t expect to be playing this for months to come.