This week’s Ratalaika joint comes by way of one-man dev Thinice Games and is quite the treat for puzzle game fans.  Cross•Krush (to give it its full, oddly-punctuated name) is a wholly original take on the genre and brings with it some good game mechanics and a heap of charm.

You play as Henry or Florence, a happily married elderly couple whose idyllic life is about to be ruined thanks to a highway being built by their property.  Rather than do the British thing of writing a sternly-worded letter to their local council, they decide to tackle the problem head-on by blowing up the cars that use this new road.  Sure, it doesn’t make sense but who cares? 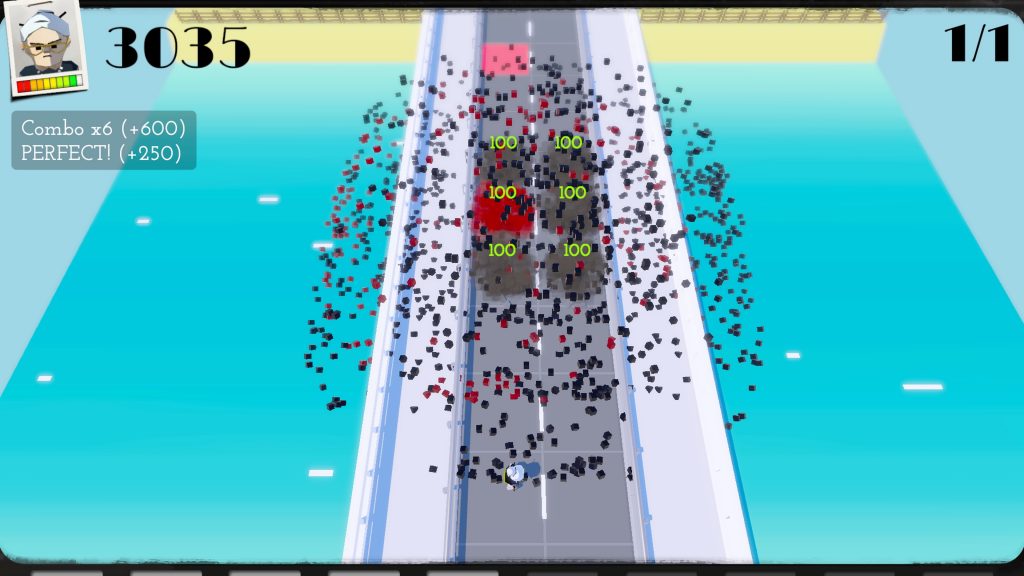 The game overs ten levels each with ten waves of traffic.  Cars queue up in a grid formation at the top of the road and then move slowly towards the bottom of the screen.  Your job is to destroy them all before they get there and you do this by running to a bit of the road and pressing X to highlight it green.  Pressing X again will then destroy any car that is on that square.  You could feasibly destroy them all one at a time but the game would rather you get within the moves total and so you’ll need to combo your way to destruction.

Beyond that there are some power-ups (that either make you large enough to crush cars or equip you with a one-shot row-clearing laser) but that’s about it.  The gameplay mechanics are simple but having just reviewed Reflection of Mine where the action gets more and more complicated until it all gets a bit much, we prefer this approach. 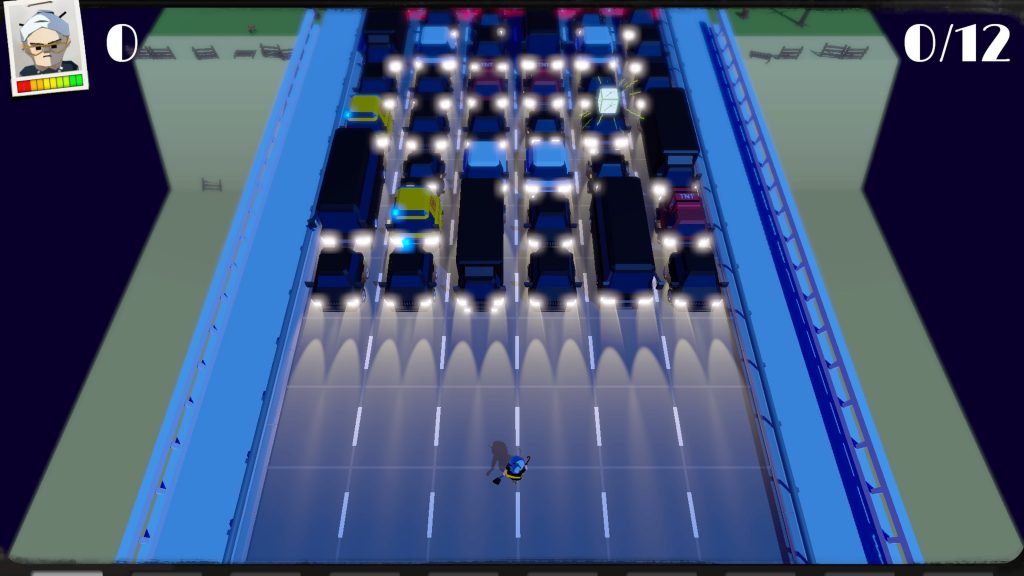 It’s a very simple and intuitive system but one that very quickly gets you thinking about clearing the screen as efficiently as possible.  This is especially true on later difficulties where you have to be a lot more careful, especially as your detonations will make squares unusable.

The game’s 100 waves are fairly easily conquered on Normal difficulty but the game is best played on ‘Last Will’ where cars move faster, any hits will kill you and the ground remains broken.  This is where your grey matter will be taxed the most and played this way, Cross•Krush is great.  The only real problem is that the game doesn’t really incentivise you to play this way.  There are no leaderboards to encourage you to get to the bigger scores, no unlocks for playing on those harder settings and, being a Ratalaika game, not much in the way of trophy incentives to challenge yourself (although there are two that require you to play a couple of levels on Last Will). 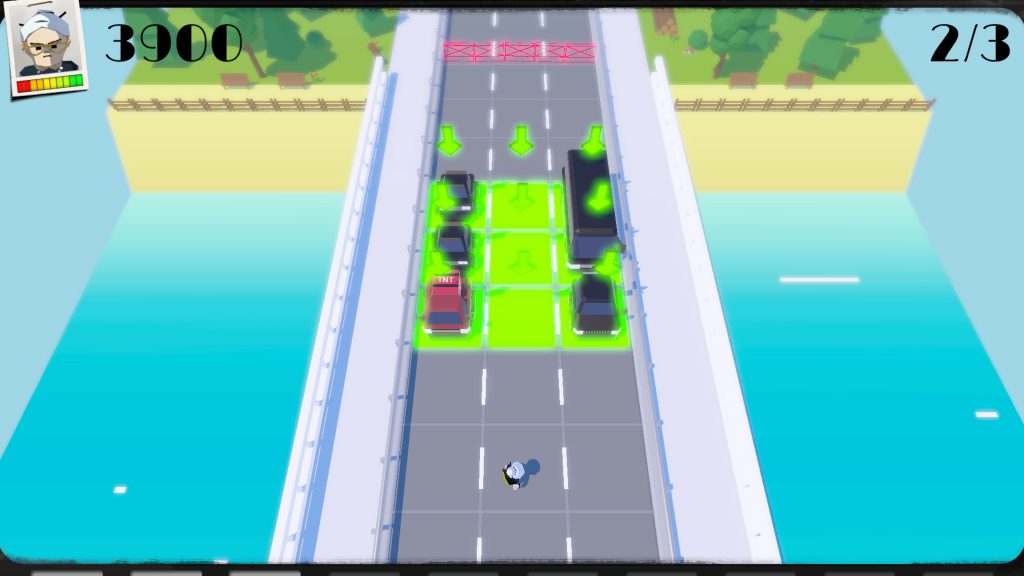 The addictiveness that would have come with beating your best scores or competing with your friends just isn’t there and that’s a real shame because while it lasts Cross•Krush is so likeable.  This is also in part due to the cute main characters, the cartoony art style and the charming jazzy music.  While it lasts, Cross•Krush is adorable.  The game would probably work well with a minimalist Tetris, Lumines or Chime visual style so it’s nice that they went to the trouble of giving it a 2.5D visual style.

The game does add local multiplayer (competitive and co-op) too which will be great once COVID-19 is over but it’s a shame they couldn’t put in some netplay too.  But for the cheap price this is a game that will provide short-lived appeal to puzzle fans and trophy whores alike.  It’s just a bit too short (although rather that than too long) but is immediate enough to be instantly enjoyable and if Thinice ever flesh this idea out with a sequel we will be all over it.

Cross•Krush
7 Overall
Pros
+ Immediately enjoyable gameplay
+ A fairly original concept for the genre
+ Charming presentation
+ Cheap!
Cons
- Lacks incentive to get deep into the scoring
- A bit short
- No online play
Summary
Cross•Krush is a cute puzzler that does everything right but would be massively improved by adding things it doesn't do. It'll make for a great hour or so of puzzling fun but after that there's nothing here to encourage sustained play.