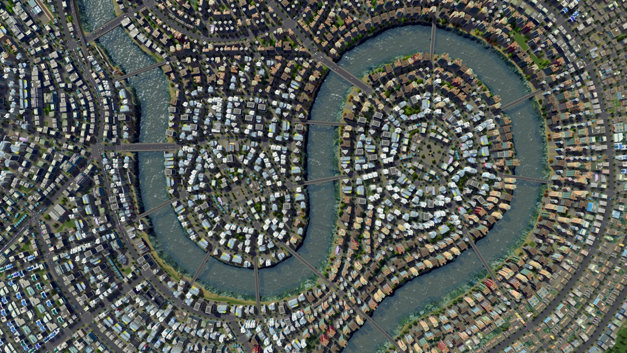 Rich reviewed Aven Colony a few weeks back, the Tropico games are great, but there’s now another SimCity-esque game on the PS4 in the form of Cities: Skylines – PlayStation 4 Edition. Already a critical hit on the PC, has the move to console been kind? 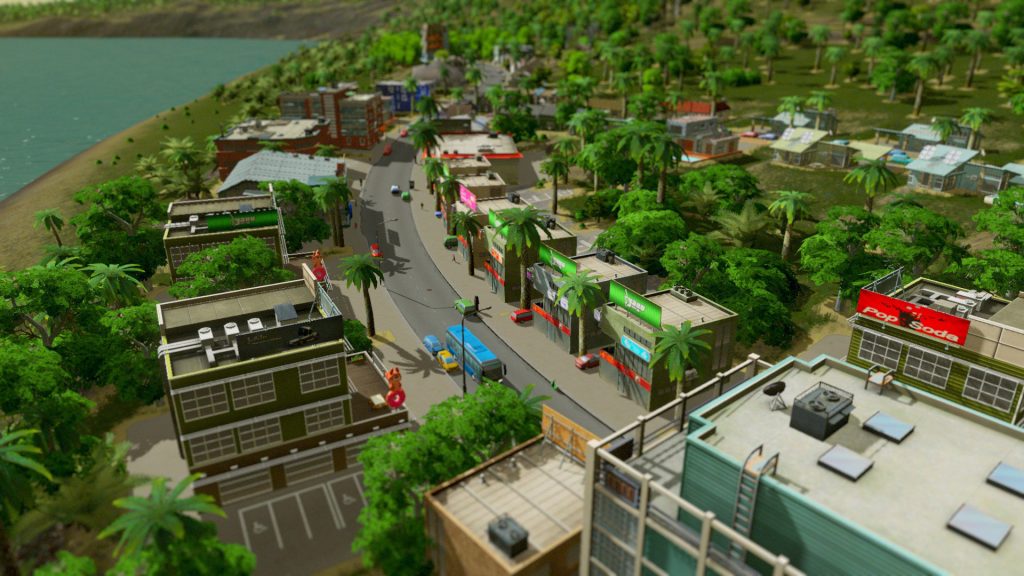 Cities: Skylines puts you in charge of building a city from scratch. There’s no campaign here, no levels with pre-built cities that need a problem fixing, you have twelve locations with varying resources to choose from to start your city on and when you load in you have a road leading into that city, some cash and little else. The game tells you that you should start by building some roads and applying zones to them. Do this and the game doesn’t chime in with more pearls of wisdom on what to do next, you’re left to your own devices.

The first time you select an item in the menu it gives you a brief tutorial on what it does, which you can bring up again at anytime with a click of R3 but my first attempt at a city ended very quickly as I ran out of money and the way I’d built my city meant I was losing more money every day, not making any, so a quick restart was in order. With my new found knowledge on what not to do I started again, built less, but smarter.

Placing roads is a good place to start as the game explains, on either side of the road a ‘zone’ is automatically placed. You can set that zone to be either residential, commercial or industrial and buildings will automatically start popping up there as people move to your town. You need places for people to live so a residential area is necessary, but you’ll also need jobs to allow them to earn a living. On top of that everywhere needs electricity and a water supply so you’ll need a power plant to generate that power, but not place it too close to the housing due to pollution, so you’ll need power lines to carry that electricity. Similarly you’ll need a water pump at a body of water, with pipes carrying that water all over the city, plus a sewage pipe to remove people’s waste, which can’t be too close to the water pump in case you poison the water supply. 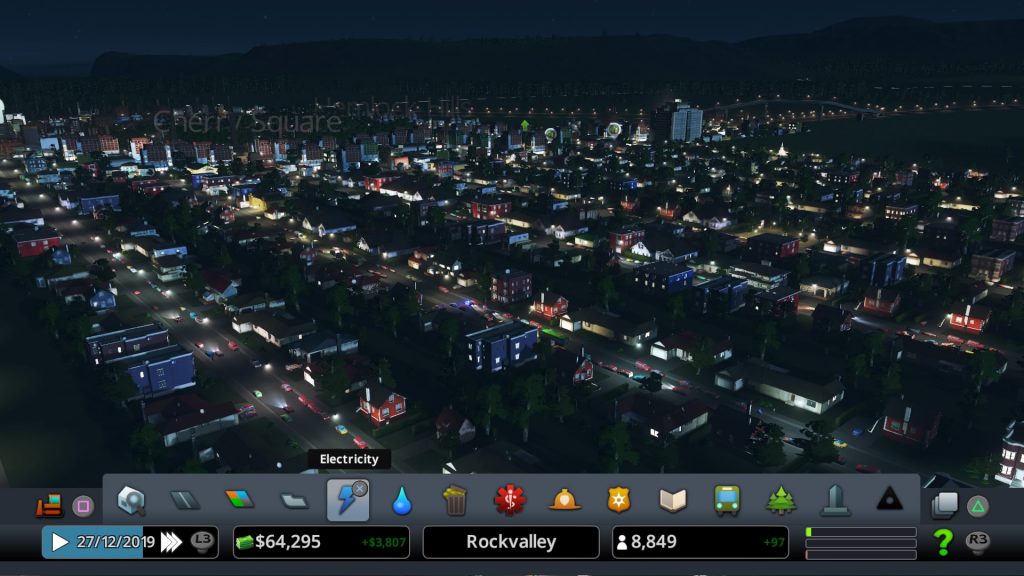 Get these basics down and your town should become popular enough to move to. As the population grows you unlock new options for your city, like buildings that provide an important service to the people – clinics, hospitals, police and fire stations. Clever placement of these is required as well as their reach is only so large, but also of importance is your road network. If your roads are too small or poorly planned then they’ll struggle to handle the increases in traffic and fire trucks and ambulances will struggle to get through too. Then there’s transport systems like buses, taxis and trains which you can provide and set routes for. You can control taxes, to make more money at the expense of happiness or the other way around.

Basically, as your city grows, your options also grow. You’ll unlock policies which will let you encourage recycling, ban smoking or legalise weed for example which all have benefits but cost. You can increase the boundaries of your city for a price to further increase the scale of your creation but know that the larger things become the more likely things can go wrong. One power station can only generate so much electricity so you’ll need another, generating more pollution, or possibly wind turbines which are weaker but cleaner. Similarly the greater the population the more waste they produce so you’ll need landfills or incinerators to get rid of the rubbish and more water pumps and sewage pipes to stop the streets overflowing with poo. 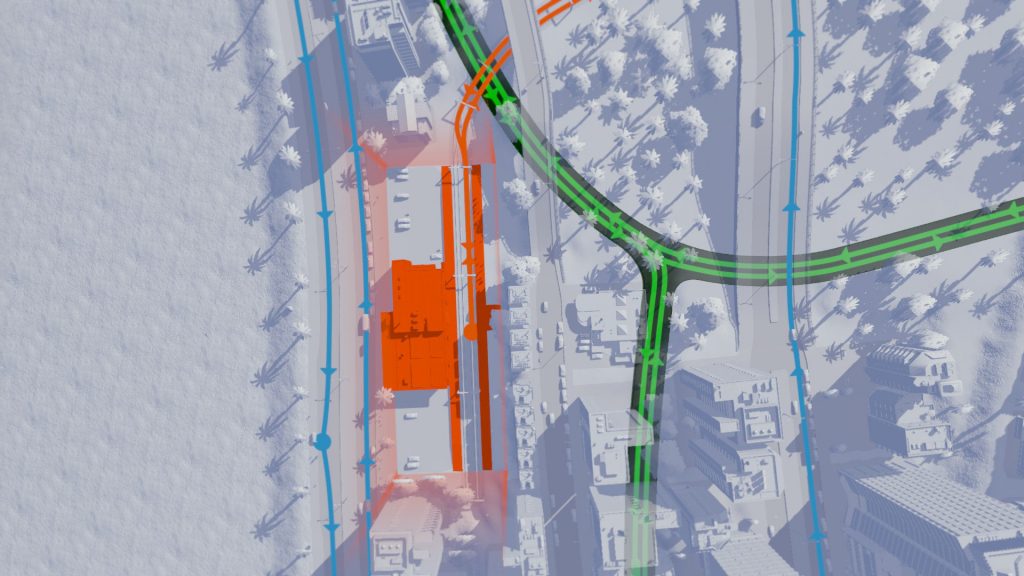 Still, as long as you’re making money you’ll usually be able to fix any problems, and if you need a quick influx of cash you can take a loan. After the initial trouble of a hands off introduction the game is actually very relaxing and each time I’ve powered it on I’ve lost hours and hours to it, more than I’d intended at the time.

The lack of a proper tutorial, or a campaign that eases you in gently, teaching you about different elements in isolation is a shame but learning through mistakes is a valid approach and seeing your city grow, with twitter-like updates from your citizens keeping you up to date with how things are going from their perspective is very rewarding.

I’ve not pointed out how it runs on the PS4 and that’s because it runs really well, one of the better PC-centric ports I’ve played on a console. The controls are easy to get your head around and it all moves smoothly, loads quickly and looks nice, at least from a distance. As you zoom in things become a little less detailed but that’s not generally how you’ll play the game. The UI is quite basic to look at but it does the job. I’m sure a mouse and keyboard is much better but if you’re unsure whether to get the game because it’s on a console then there’s no need to worry. 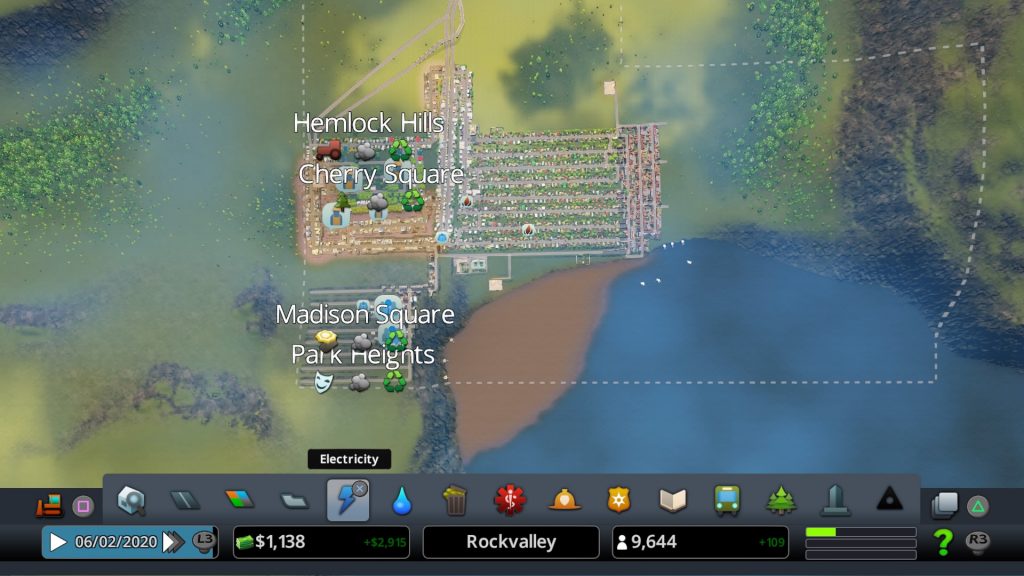 Cities: Skylines – PlayStation 4 Edition is a great port of a great game. If you just want to sit down and build a city from scratch then this gives you a lot of control over how you want your city to look and operate. If you want a more guided experience then you may struggle to stay motivated but there’s no doubt that watching your city grow and prosper is a worthwhile and rewarding experience.

Cities: Skylines - PlayStation 4 Edition
8 Overall
Pros
+ A great port
+ Lots of options for how you want your city to be
+ Quite a relaxing experience
+ Addictive
Cons
- Lack of any real tutorial
- No campaign
Summary
Cities: Skylines – PlayStation 4 Edition is a great port of a great game. If you just want to sit down and build a city from scratch then this gives you a lot of control over how you want your city to look and operate. If you want a more guided experience then you may struggle to stay motivated but there's no doubt that watching your city grow and prosper is a worthwhile and rewarding experience.