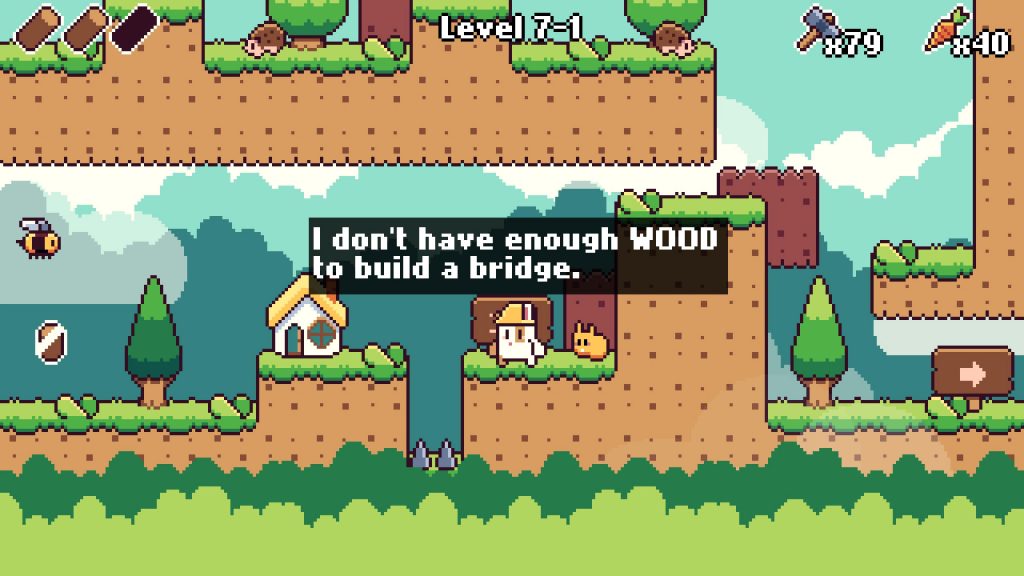 You already know the story here. Bright colourful visuals, 2D platformer with a retro pixel aesthetic, simplistic gameplay with a hint of challenge and a boatload of easy trophies. It must be Ratalaika time again.Now, that may come off as flippant. However, in reality, we at PlayStation Country love seeing what these guys have to offer each week. You get a real mixed bag of quality. While some weeks you can get the lows of games like Just Ignore Them, other times you could be playing genuinely great titles like Anodyne 2: Return to Dust.While Ratalaika are well known for peppering these indie titles with trophies to make the games more palatable with a low entry cost barrier, the crux of their efforts are actually quite noble. They enable independent developers to have their games represented on multiple consoke platforms, games that would otherwise not see the light of the sun, which can be nothing but a good thing. 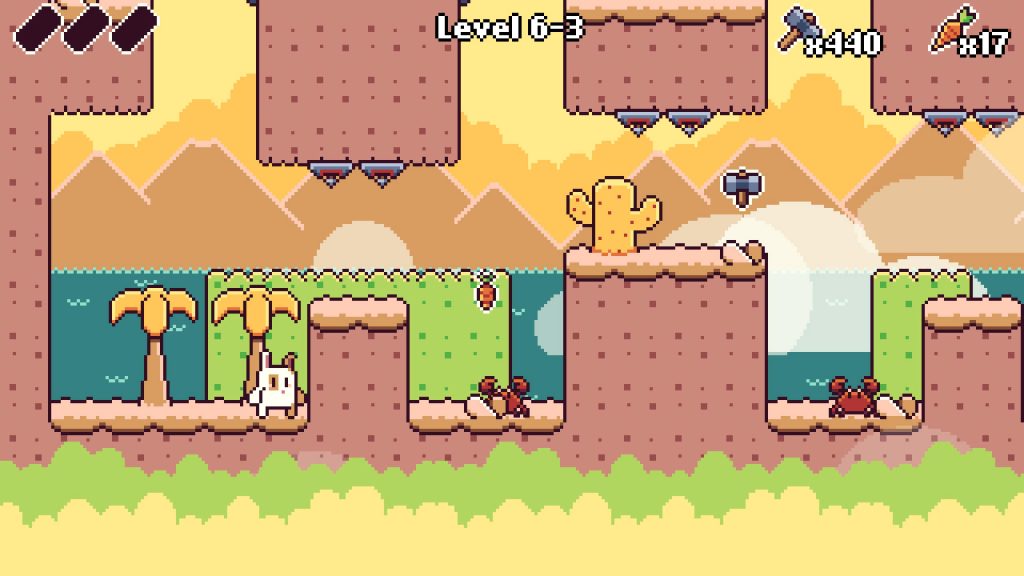 One of the latest titles to get this treatment comes from LightUP games in the form of Barry the Bunny, a simple and colourful 2D platformer that sees you playing as the titular rabbit as he sets forth to mend bridges that the antagonistic Overalls gang have destroyed in their wake. This nefarious gang is made up of gigantic animal bullies that love nothing more than causing issues for the local populace.The gameplay is as simple as that storyline, Barry’s objective is to get from A to B with typical platforming mechanics while collecting carrots, hammer projectiles and pieces of wood in which to help with Barry’s secondary objective. In each level there are rabbits that need a bridge built so they can get to their houses. Collect all three of the wood pieces and you will have enough to save the day for each bunny that you meet.That’s about it really. This is what you will be doing throughout the game and barring some slightly more advanced platforming level tropes such as platforms that appear/disappear depending on your jumps, spike traps that need to be removed before progressing etc. There isn’t much of anything you haven’t seen before here. Sure, there are creatures to throw hammers at and some bosses which consist of the overalls gang members running after you, forcing you through platforming guantlets, but things just don’t really change up throughout the game’s ninety-six levels. 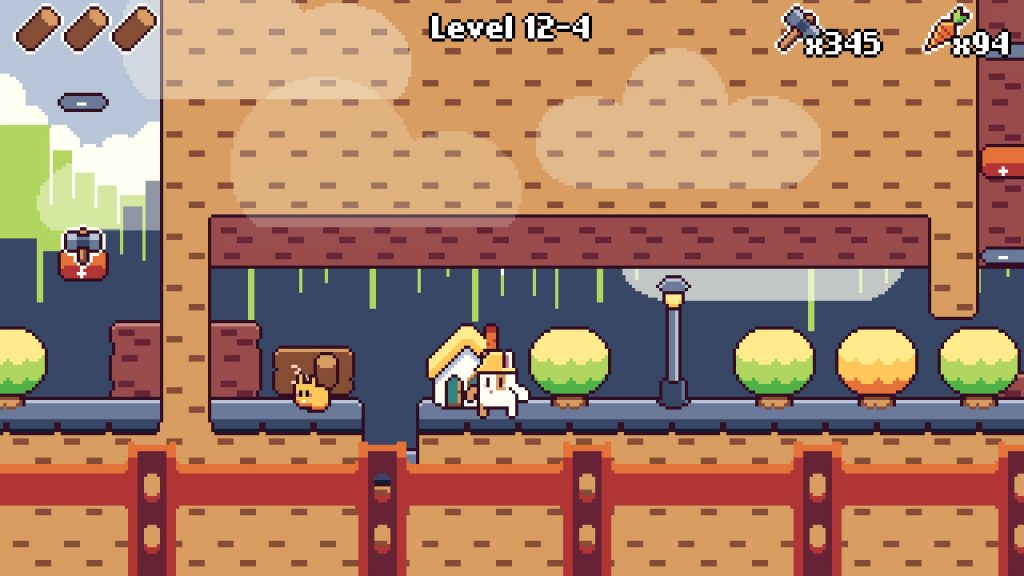 While this is a tad anticlimactic, what I will say is that the game is one of the more polished examples that have been presented by Ratalaika that I have played. The controls are tight, the gameplay is fluid and the overall quality is of a good standard. The only major fault of the game is that it just doesn’t do anything that makes it stand out or will give people a reason to commit it to memory.Of course, it wouldn’t be a Ratalaika game without a steady spew of trophies to fill your virtual cabinets and Barry the Bunny offers no exception. These are super easy to obtain, with the platinum dinging the moment I finished 25-1, which is only a quarter of the game with all rabbits rehomed up to that point. Regardless, I did see the full game through to 100% completion, which took no longer than two hours. Now multiply this trophy count again thanks to the game being available on PS4 and PS5 with both copies received on purchase and you have a fairly good deal for trophy hunters to enjoy. If you’re like most and don’t care much for digital trinkets, then the game is fun enough to keep the interest until the credits, but it is harder to recommend if you’re looking for something fresh. 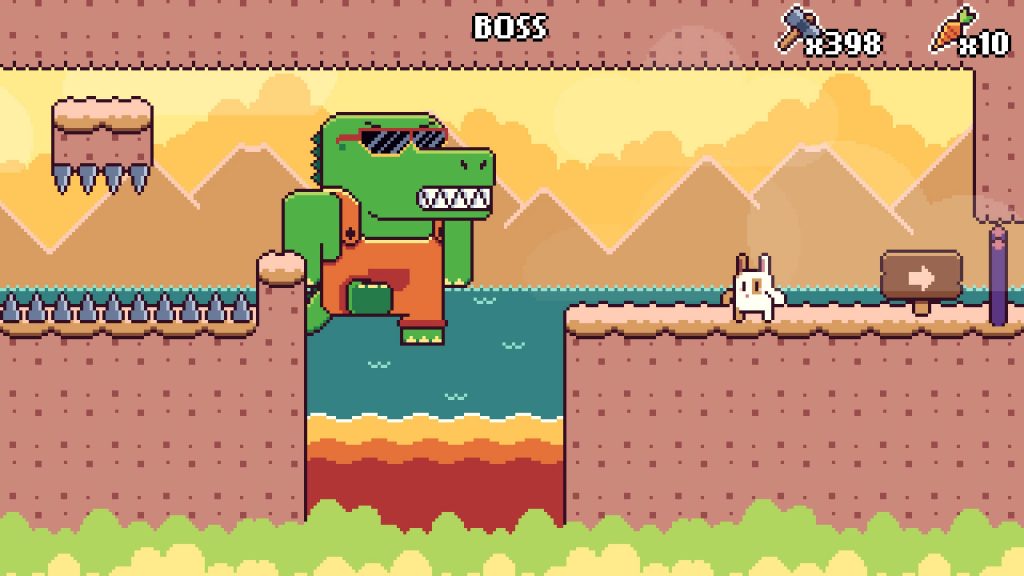 Barry the Bunny
7 Overall
Pros
+ Charming pixel art with suitably bouncy animation
+ Plenty of levels to run and jump through
+ One for the trophy hunters
Cons
- The action and soundtrack becomes very repetitive
- Not as challenging as the marketing suggests it is
- Doesn't do anything new
Summary
While seemingly built for trophy hunters, Barry the Bunny is a charming, well made, yet unremarkable 2D platforming adventure. The game is decently polished and plays well enough, but not to the point where it will leave a lasting impression.