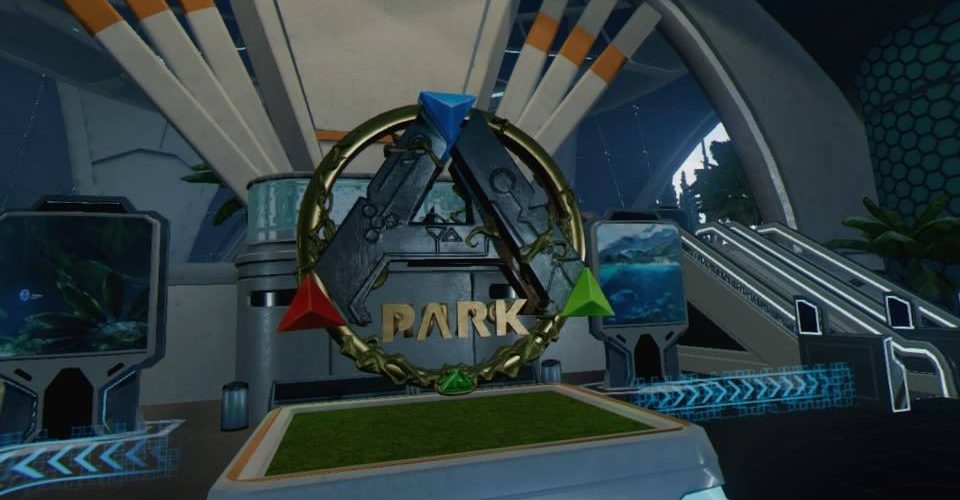 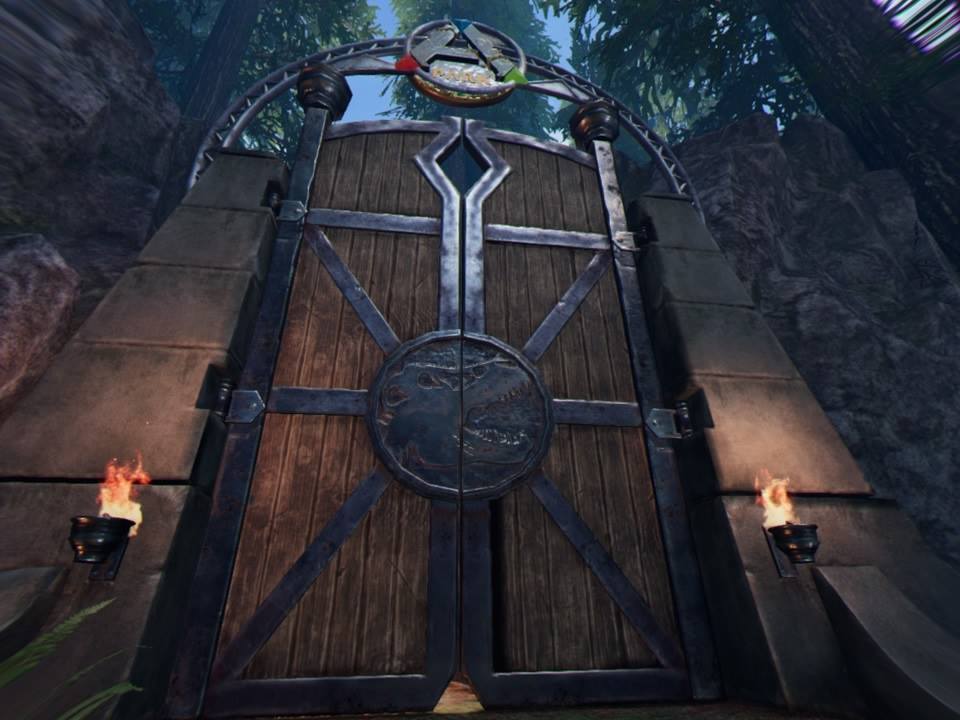 As VR concepts go, ARK Park should have been an easy win. All the elements are automatically in place. You have the nostalgic angle, which is provided by the loose association with the Jurassic Park concept. While for gameplay you have a myriad of opportunities that can be pulled from the impressive sci-fi meets prehistoric survival title that this game derives from. Combine these together with the VR platform and you have a recipe for success. However, as you can probably imagine from my initial sentence, this is sadly not the case.

Unlike ARK: Survival Evolved, ARK Park suffers from an identity crisis. The game is split up into three game types; exploration, combat and a breeding/ crafting section. Each mode sounds fine on paper, until the realisation that none of these modes have any real substance or challenge. The combat sections feel rudimentary compared to just about any VR shooting game before it. The gunplay is a simple point/shoot affair with no attempt at making complex reload mechanics and the enemies simply rush towards the point you are defending with no semblance of intelligence. There are some bosses that appear which drop eggs for the breeding section, but otherwise there is no lasting reason to return to these once you blast through them in an hour. 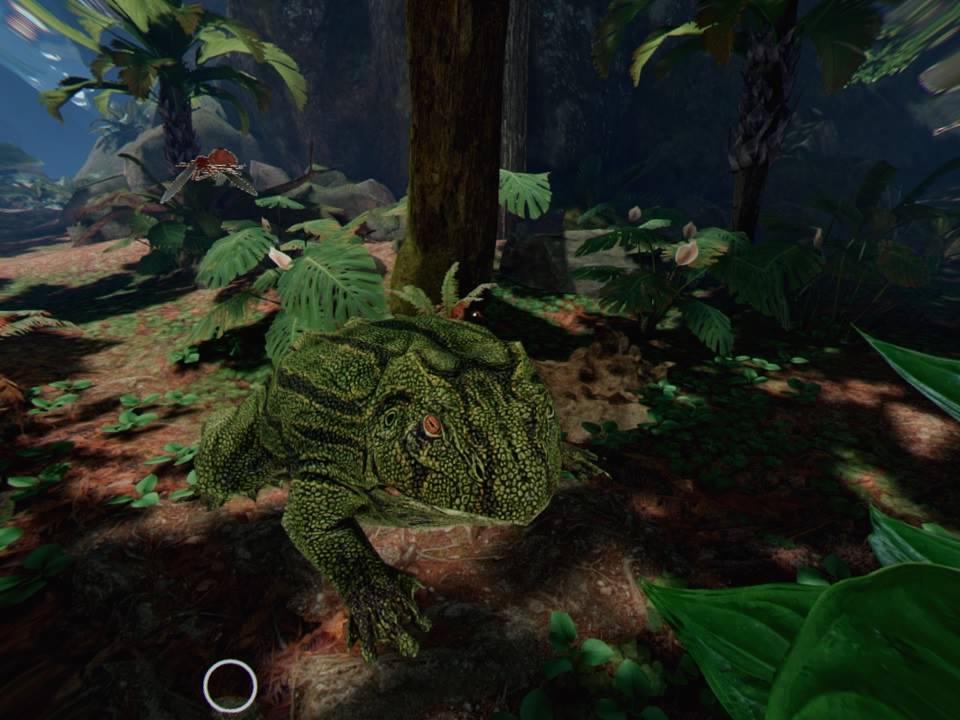 The most interesting part of ARK Park for me was the exploration mode. Even then, this mode feels more like a museum, designed only to show off the great looking ARK assets. These dinosaur dioramas vary over the handful of different stages and sadly this becomes quite the mixed bag. The key goal of the exploration stages is to collect DNA data from the dinosaur inhabitants that you encounter using a scanner, which unlocks crafting elements in the breeding/crafting mode. The first stage is quite promising as it sees you on the jetty of a swampland area. By manipulating the environment by pulling vines or throwing rocks, you can coax dinosaurs out of hiding so you can gather their data in a vaguely point and click-esque fashion. Sadly, this doesn’t continue as the next stage sees you in a jeep with a robotic driver that just doesn’t shut up. Free exploration is removed for this stage as you are simply driven through as dinosaurs run by or get into fights as you pass by. It’s nice to look at sure, but it’s the very epitome of a one and done experience.

Lastly, the crafting and breeding section is where everything should come together. All the crafting materials and eggs are used here to create your own vision of the ARK Park. Again, this is nothing to write home about as arguably the most attractive portion of this mode is that you get to ride the dinosaurs that you raise from the eggs. This usually amounts to little more than a slow, uncontrollable traipse through a semi populated forest with not a lot going on. It feels like this mode was designed to have more to it than this and there is certainly a hint at more content coming, especially with the most cynical and blatant microtransaction baiting that I have seen in a game of this ilk, but it feels like there just isn’t anything here that is capable of holding appeal for longer than the initial bout of eye candy. 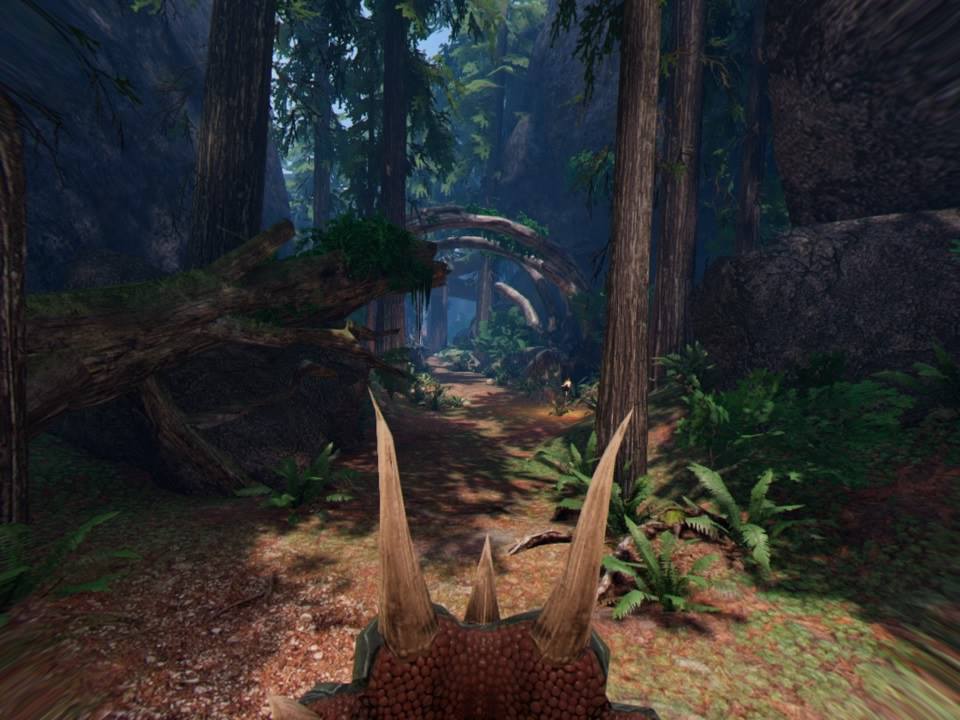 It doesn’t help then, that with limited content comes some of the worst control systems I have ever endured in a VR title. ARK Park is designed to work with either the PlayStation Move or Dualshock 4 controller. However, don’t be fooled by previous examples of VR games that offer this choice, there is very little fundamental difference between the control schemes. It is generally expected that if you use the Move controllers that you would be able to experience use the 1:1 motion to enjoy a more realistic feel, but, the only gameplay type that improves with this method is the shooting. Menu selection, dinosaur interaction and just about everything else is dictated by the small reticule that is based on your head position. This makes inventory management an absolute disaster to navigate as the menu for this appears in front of you in a deck like fashion, as the positioning is close to your body, this often means pressing your chin deep into your chest to be able to look through and select items you need. Had this have been manipulatable with your hands like in every other VR game that supports the control scheme, this would not be a problem, but due to this poorly considered choice, everything is a painful chore. 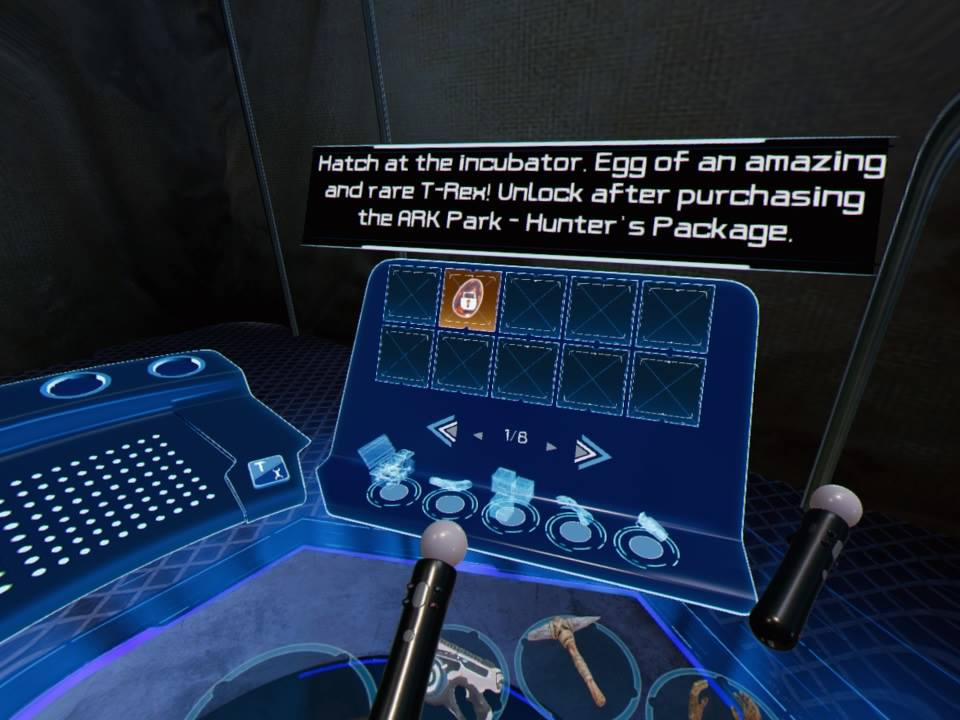 Beyond this, there are technical problems that remain in the game which make the experience even more infuriating. As Ark Park had various systems under its belt, I started the game with the tutorial, so I can gain a better understanding of what gels everything together. However, after the short opening section I found myself unable to continue due to a bug that stopped me from interacting with any of the elements on screen. This wasn’t the only time also as this same bug occurred in an exploration stage, where a respawning item should have come back after I had figured out how to use it, only to leave me high and dry after waiting for it to rematerialize.

Simply put, Ark Park has nice visuals and assets, but as a standalone game in the Ark franchise it completely fails to live up to what it promises. There is simply not enough here to be engaging for more than an initial playthrough and the content that is here is nothing to write home about. For a VR game that has launched at what many would consider a AAA price point, that simply is not good enough.

ARK Park
3 Overall
Pros
+ Fairly impressive visuals for VR, some standout locales.
+ Chucking Dinosaurs around is a simple pleasure
Cons
- Shooting sections are stale
- Exploration is severely limited
- Feels incomplete thanks to time/ money gated content
- No replay value
- Awful controls
Summary
The great visuals and stunning assets of the Ark franchise are not enough to save ARK Park from mundanity. The game poorly imitates the core elements of Survival Evolved and results in an anaemic and frustrating experience that is further marred by technical challenges and boring content.