Air Missions: HIND is a combat helicopter simulator from Slovakian sky-based warfare specialists 3Division. Originally the game was released in 2016 on the PC with its console debut on the Xbox One a year or so later. Now it’s landed (arf!) on the PS4, sneaking in on the same week as a certain cowboy simulator that you may have heard of.

The game places you in the cockpit of the legendary Russian chopper, the Mi-24 Hind, which is absolutely armed to the teeth. There are also other helicopters to pick from and you can also customise your weapons loadouts and camoflague.

The modes comprise of a full single-player campaign (with easy, normal and hard modes), instant action and online multiplayer. After hovering (snork!) around in the menus we dived into the campaign mode. This offers twenty or so missions, starting off with a tutorial which lets you get to grips with the game’s slightly unusual controls.

Your right stick controls altitude. Push up and your Hind’s rotor will speed up and you’ll eventually take off. Movement is mapped to the left stick with your chopper leaning and strafing as you push the stick around. This also controls your aim, which is slightly unintuitive but we got used to it fairly quickly although the process is tricky even when you have got the controls committed to muscle memory.  That said, when aren’t helicopter controls an absolute ballache in games?

Weapons are mapped to

switches your rockets between up to three different types and

engages a sort of ineffectual lock on/manual control thing that we didn’t find to be very useful. 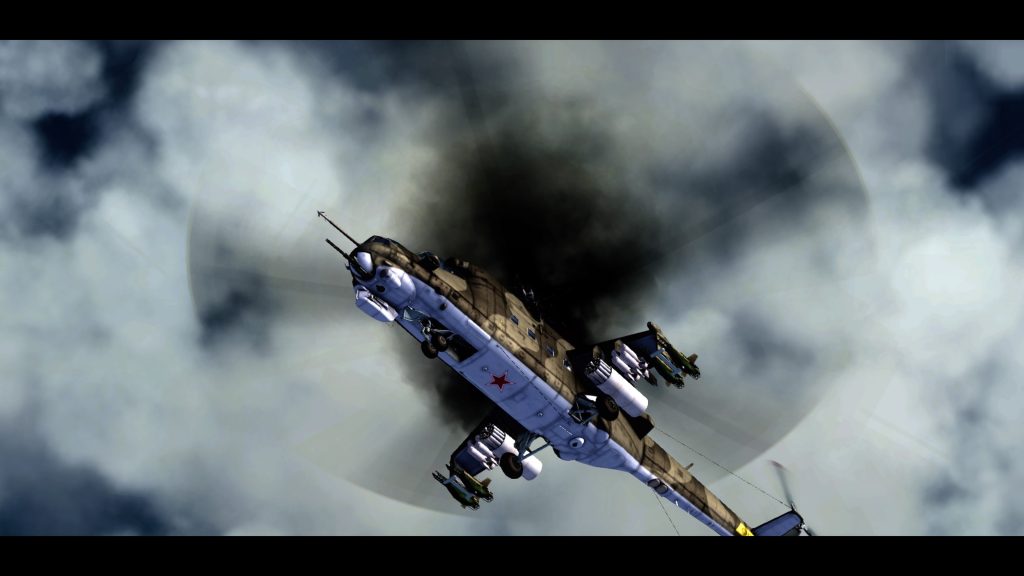 Lighting up targets was reasonably tricky just because helicopters aren’t the most stable of things to control and while we were able to do it, it didn’t seem particularly efficient.  You’re not punished too badly for flying over a patch of AA guns though. as the Hinds in this game are particularly durable.  But, yes, we were floating around aimlessly shooting at things for far too long but eventually we had passed that part of the tutorial and it was time to return to base.

Upon returning you have to land and this is where we had problems.  Major problems.  Landing in this game is horrific.  Like, ‘read a Steam forum post about how to land’ levels of horrific.  If you’re not going incredibly, painstakingly, pixel-by-pixel slowly you’ll die in an immediate fireball.  The game’s tutorial is particularly useless here with the last bit of info given telling you how to engage your landing gear.

Eventually I managed it but in the missions that followed, whenever landing was a factor I’d drop the difficulty down to ‘novice’ so that my chopper wasn’t obliterated whenever it gently tapped the ground.  Between that and a mission where you’ve got to take out some tanks using guided missiles, that once again the tutorial does a terrible job of explaining, playing on ‘normal’ became impossible so for a couple of missions I did have to drop down in difficulty. 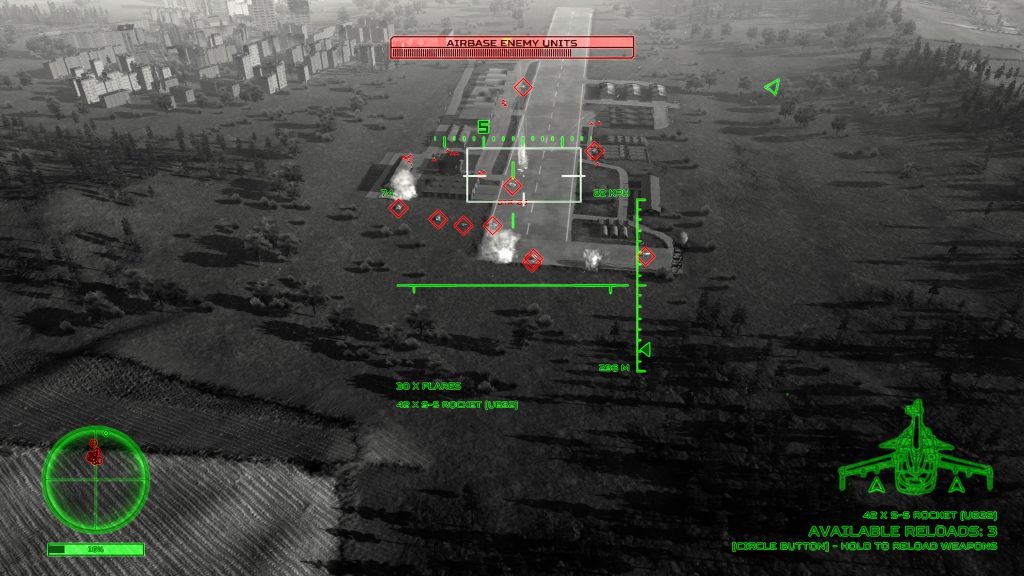 The mission structure is pretty good here.  Early missions see you taking out targets and then the mission is over, usually without you having to land.  Later on the missions have chained objectives and last longer but the checkpointing in the game is generous enough that you don’t have to replay massive sections of the game every time you die.

Ultimately though the game doesn’t really wow you.  I’ve had  more fun messing around with choppers in games like Far Cry 5 both in terms of how the vehicles handle and what you have to do with them but Air Missions: HIND is playable, most of the time, and does a reasonably good job of letting you blow things up from a distance. 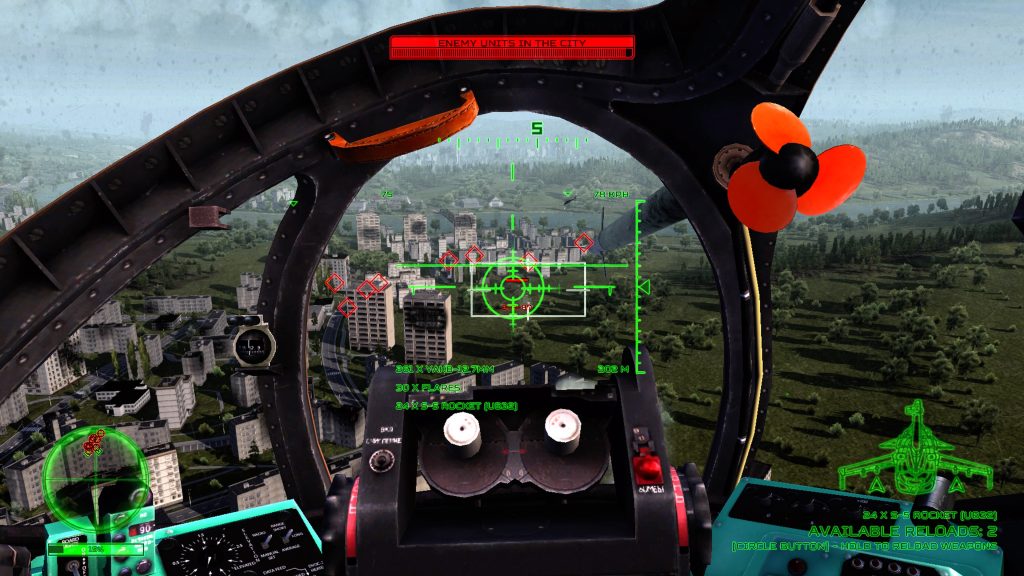 The environments are very ‘PC game from ten years ago’ though with fairly basic models and no destructibility.  That’s a shame as this game would really pop if you could go full Team America on it.  That said, there’s a certain level of realism to the game’s look.  The helicopters seem well-rendered though, although we’re no experts as, quite wisely, we’re not getting in a helicopter EVER.

As a package, the game is rounded out with an ‘instant action’ mode which offers more missions to play and online multiplayer which offers PvP and co-op options.  You’ll need to put out a message on a trophy forum to get a game though as the lobbies were pretty much dead.

So, overall while this is a reasonable capable, if sometimes frustrating, helicopter combat game that does have some realism to it, Air Missions: HIND doesn’t do anything to stand out and ultimately will be a game that only fans of the genre should check out.

Air Missions: HIND
5 Overall
Pros
+ Mission structure is good
+ The game favours realism
+ Checkpoints are generous
+ Has online multiplayer
+ Difficulty settings can offset some of the frustration
Cons
- Landing is awful
- Tutorials are unhelpful at best
- Gets a bit repetitive
- Controls aren't totally intuitive
Summary
Air Missions: HIND can be awkward to play and looks fairly basic but there's fun to be had here for patient gamers or fans of the genre.