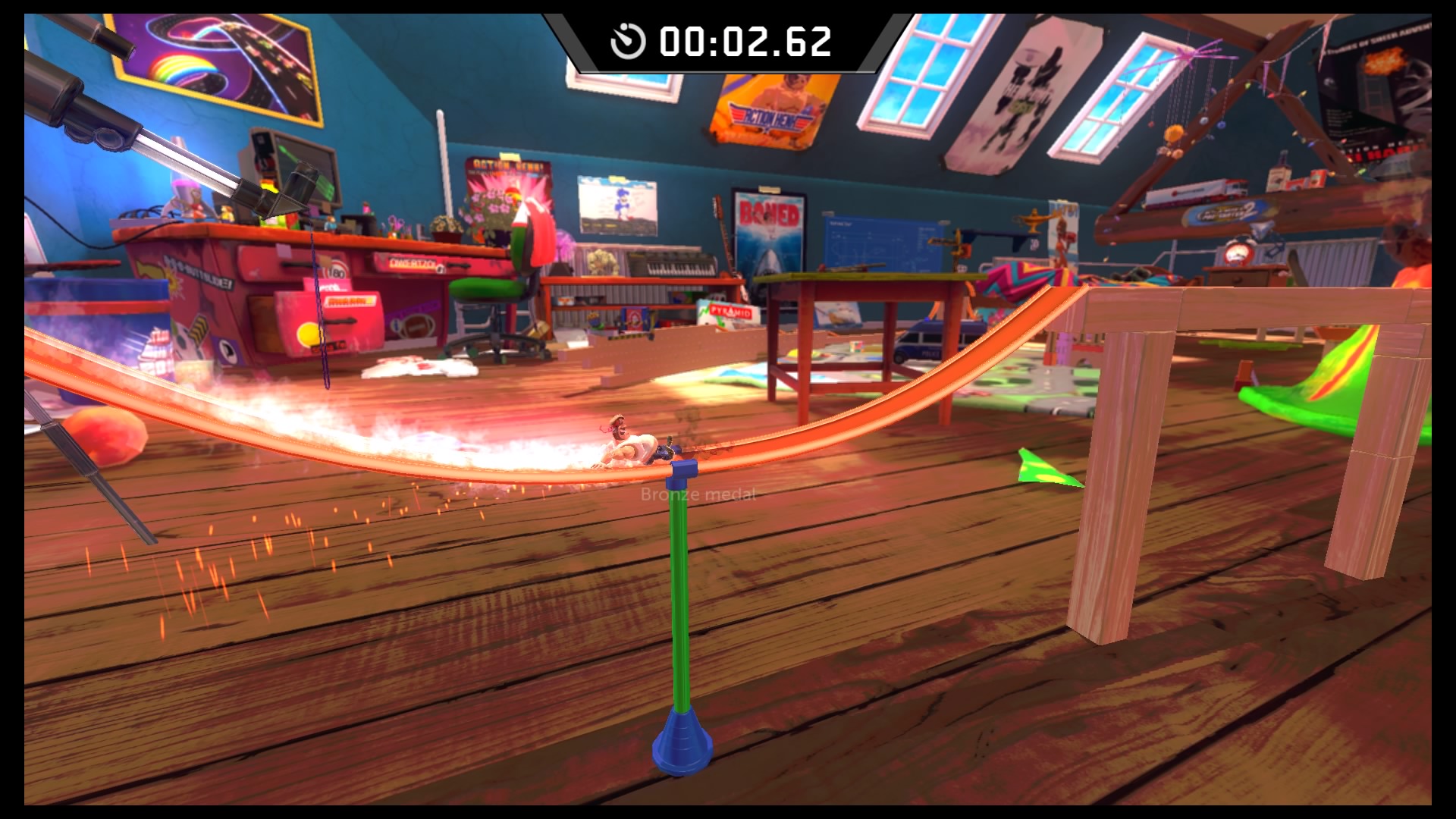 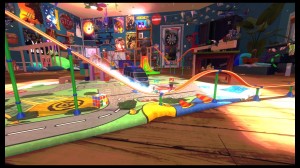 We love the 90’s over here in PlayStation Country, everything about that period was ace and much better than the rubbish decade we find ourselves in now.  It was therefore with some interest that I spotted Action Henk coming out for PS4, being as it was a game which plays on this 90’s nostalgia.  Originally released on Steam, as with many games nowadays this has been converted for the console owning crowd.

You play the part of the titular Action Henk a slightly overweigh toy from the 90’s.  It’s an oddly familiar idea, possibly because I now find myself being slightly overweigh yet still liking a bit of 90’s Brit Pop.  As Henk you have to race whilst avoiding obstacles, mastering physics and judging your momentum to ensure you don’t grind to a halt.  At its heart Action Henk is a runner type game, the courses you’ll face are 2 dimensional affairs, but portrayed on a 3d background with twists and turns into the screen.  Generally you travel to the right of the screen as fast as you can, jumping gaps and obstacles in order to win medals.

Controls are limited to running and buttslides (I prefer to call them arse skids) which allow you to go quicker down hills and gain some much needed speed.  You’re probably beginning to see a picture here of how the game works.  The undulating tracks ensure you’ll need to master when to use a buttslide in order to increase your speed and hit them gold medals.  Later levels introduce complex courses, which need precision in order to complete let alone get gold. 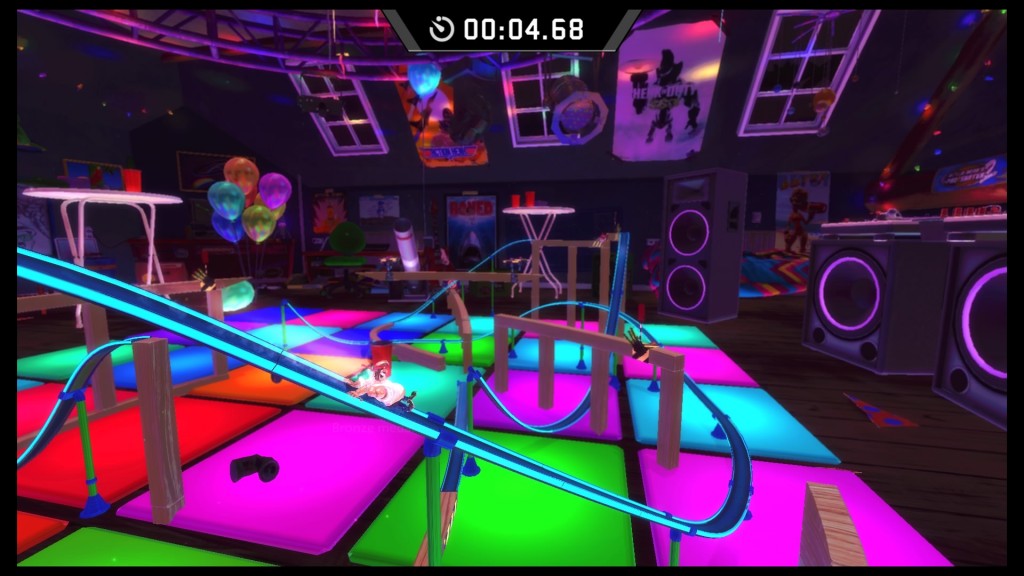 Whilst it may superficially look similar to something like the Trials series of games, Action Henk is definitely a straight up racing game.  Both games share the same 2d in a 3d environment style, and both games make use of a robust physics model, but that’s where the similarities end.  Action Henk carries itself with a lot more humour, the backgrounds are full of little nods to the 1990’s and the story behind it strives, but never quite hits comedy.  The skill needed in Action Henk is also one of perfect split second timing and managing momentum, whereas Trails was always more about balance and managing  your inertia.

Action Henk is about shaving seconds off your time, and in this regard is pure time trail.  There is no online multiplayer and the local multiplayer, whilst diverting, is never going to replicate the fun of online games.  So apart from the odd boss challenge, which punctuate the groups of levels, your left racing against your own ghost.  Later levels mix the formula up a little with the introduction of new elements, but the basic game remains one of running against ghosts.

The levels aren’t huge and the instant restart button allows you to learn the layout without having to endure loading screens.  And you will need to learn the layout of the tracks should you want to challenge for the gold medals.  Initially starting off fairly easy, the difficulty ramps up astronomically and before long levels will degrade into trail and error. 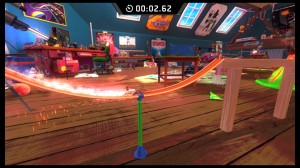 There will be obstacles placed just before huge jumps, whose sole purpose is to stop you making the jump.  There will be jumps that take you over the width of the screen, and therefore into unseen sections of the tracks.  There will be large hills allowing you to build up massive momentum, only for you to crash into tiny obstacles.  This is a game where you will not succeed on your first attempt, or even your tenth.  Things are difficult and a rote learning of the levels is needed in order to succeed.

Visually the game is ugly, Action Henk and his compatriots are all freakishly repulsive to look at.  I understand the visual style is trying to recreate toys from the time, for which is fairly successful, but it doesn’t make a pretty game.  Action Henk is a game which is easy to pick up for one quick blast, but lacks any real pulling power.  With a fiendish difficulty level you’d need something to keep you coming back for more, instead you’re left with something which just feels throwaway.

Action Henk
6 Overall
Pros
+ Easy to pick up and play + Quick levels, and quick loading times
Cons
- Ugly looking game - Levels require learning by rote in order to succeed - Real difficulty spikes early in the game
Summary
Although it is modelled on toys it seems to have taken an ugly stick to all the design. The levels are pretty short and easy to pick up and play, but some crippling difficulty spikes make the game feel unfair.