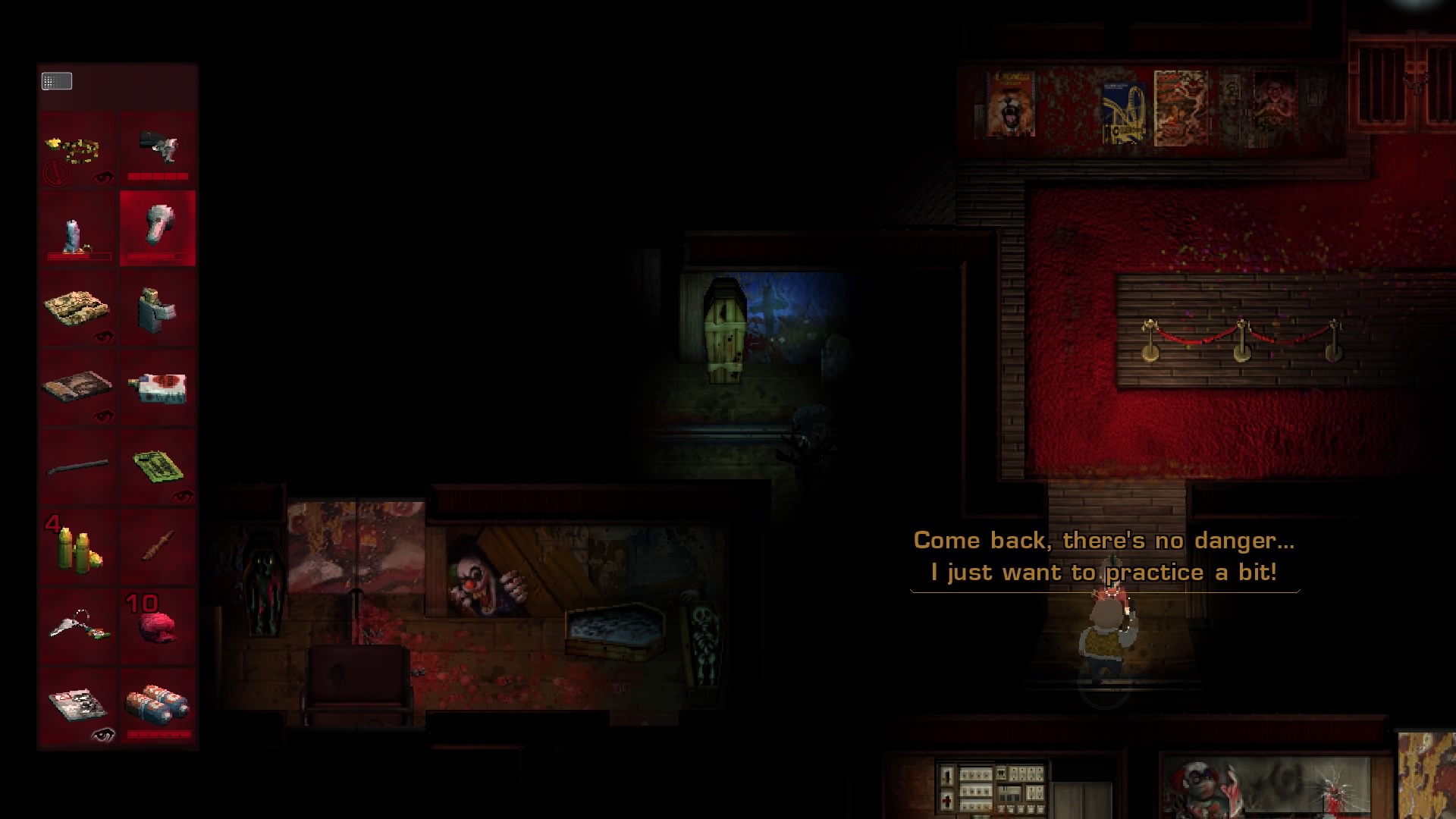 2Dark is another crowdfunded game, but instead of Kickstarter this one was funded through Ulule. From Gloomywood, the lead programmer is Frederick Raynal who worked on one of my favourites, Little Big Adventure and, a little more relevant, Alone in the Dark. It promises to provide an original take on the survival horror genre and it kind of succeeds. Kind of. 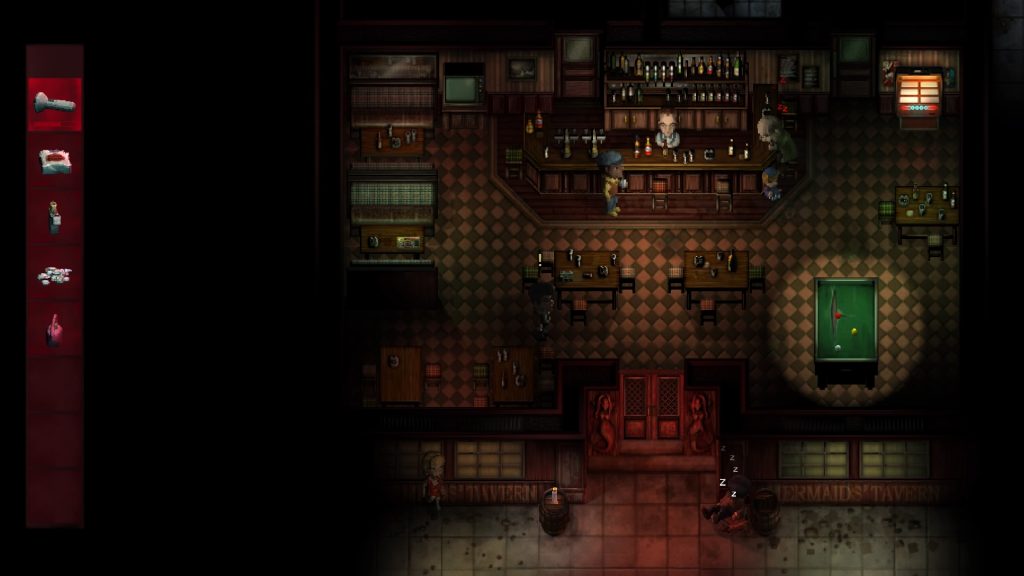 You play as detective Smith. As the game begins you get a little scene that shows Smith and his family out camping. His wife and two children go to look for firewood whilst he puts up the tent. Shortly afterwards he hears a scream and discovers his wife’s dead body, his children being taken away in a van. The game then fast forwards to seven years later, Smith has never found his children but he will not give up. He has left the force however and so only does his investigating at night, all quiet like.

Viewed from a 2.5D perspective, the game mixes elements of adventure games and stealth. You will find items and clues hidden around the environment but will want to avoid detection by keeping out of the enemy’s line of sight, hiding in darkness and sneaking to stay quiet. You do have a gun but it isn’t a one hit kill and it’s very noisy. You can attack enemies from behind for a critical hit but taking anyone face on will most likely result in your death. Avoiding enemies will be the best course of action in order to make it through the level unscathed.

You will pick up items by simply walking into them and have an ever expanding inventory which you can access in real time with the d-pad. It’s not the most graceful of solutions, especially as you pick up more stuff, but you rarely need to access it in a hurry so it suffices. You can hold a different item in your left and right hand (for example a torch in your left and a crowbar in your right) but you don’t get to choose. Using items generally occupy your right hand whilst light sources will be held in the left. Light sources are limited though you will need them as 2Dark lives up to its name. The shadows are pitch black and a lot of the levels are covered in them. That’s great for hiding, not so great to see where you’re going. 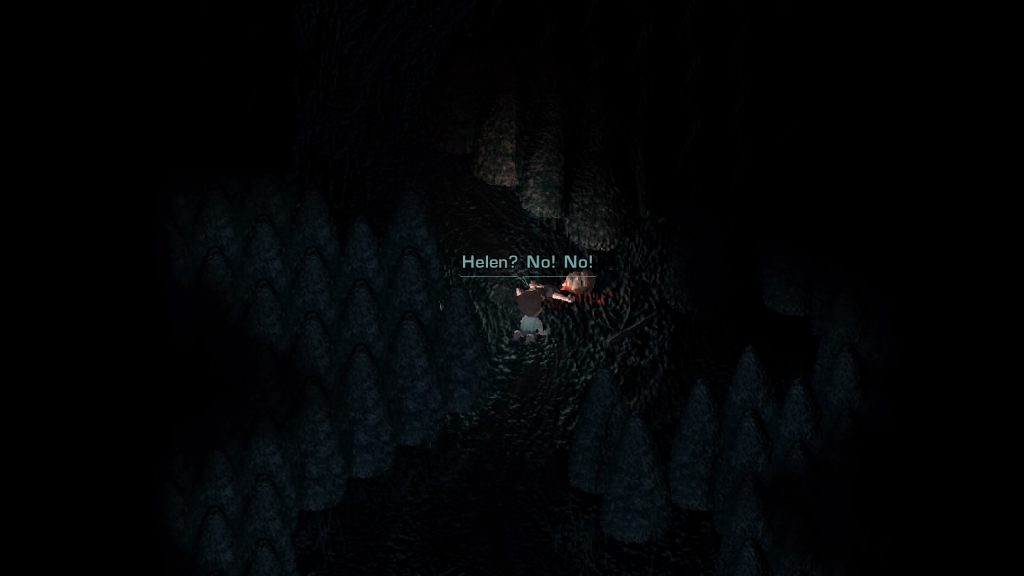 I’ve not mentioned the main aim of each level but it’s a pretty big deal. In 2Dark you rescue children. Smith investigates leads in the hope of finding his children and each level is a different location, run by a different set of people. I’m talking around it as I think this will probably be the main draw for some people, the story. 2Dark is, well, dark. Children are usually untouchable in games but 2Dark has scenes which could well upset a lot of people. I think the low tech graphics soften the blow a little bit but the scenarios the game offers up are, for want of a better word, fucked up. I’m sure your imagination has gone places as mine did when I started it up, but it will surprise you.

Obviously you want to save the children so you will sneak around trying to make your way through the area, avoiding or eliminating enemies, finding children in different locations. You can walk up to them and they will follow you, you can pick them up to carry them or you can shout for them from a distance but that is obviously more noisy. You can have however many children are in a level following you at a time or you can get them out one at a time if you prefer. The children are slow and appear to make noise but luckily, if not realistically, they don’t seem to trigger enemies who will just happily let them walk by.

I say luckily as that would make quite a trial and error heavy game even more so. Enemies will walk their routines, they’ll talk to each other, scenes will play out, as you progress different scenes will occur. Sometimes it’s difficult to react or know how things will progress and so you may fail. If you die the screen just sits there, you have to press the options button to open the menu. From there you can either restart the level or load your last save, if you’ve made one.

Not only is it a manual save system, with no checkpoints, you don’t access it from a menu, you have to combine the lighter and cigarette packet in your inventory. Smith lights up and then it saves. It takes a few seconds to go through the animation so you’ll want to be a safe place to do it and it takes some getting used to but you better if you don’t want to start from scratch every time you mess up. 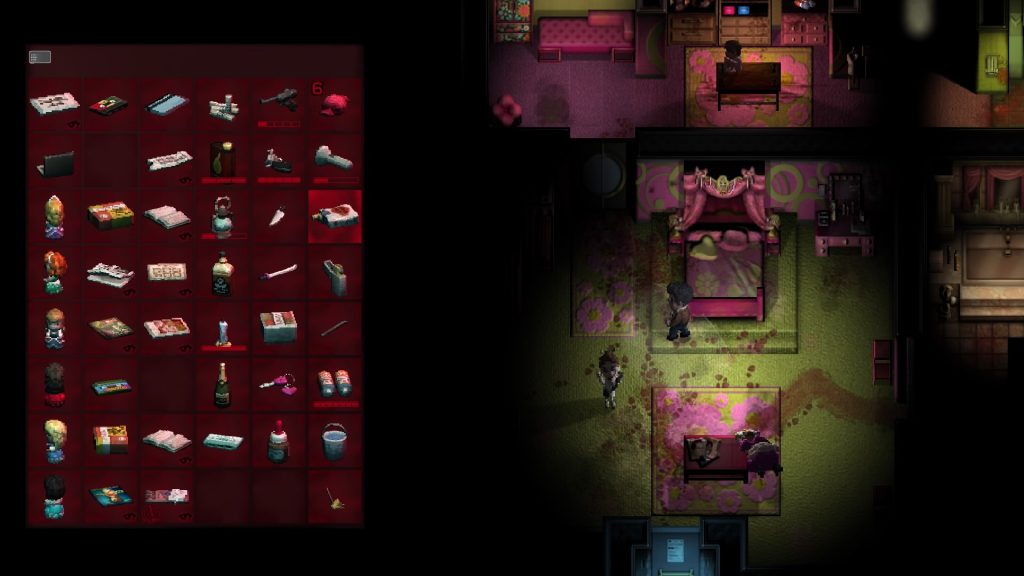 Not only do you have to worry about enemies patrolling but there are traps and pitfalls that litter the levels. I actually found these incredibly annoying and weirdly it seems the first level has the most. They are instant death and aren’t always obvious so you’ll want to save often. I don’t feel they add to the gameplay all that much and just feel like a ‘game thing’ which gets in the way. Similarly there are rats and spiders that will attack you. I don’t believe they can kill you, you just make noise as you get hit by them and you have to hit them to kill them. Again they are just an irritation when I want to be concentrating on enemy movements or following the story.

Only Smith is voice acted, and then only in the loading screens between levels. All dialogue in game is written above people’s heads. It works in that if you’re too far away then you can’t read it and it fits in with the rest of the games presentation but it won’t be to everyone’s tastes. I do believe you’ll want to pay attention though, both for clues on how to progress but also for the atmosphere. I’m sure you could play through the whole game ignoring the story, not reading any of the clues or paying attention to anything anyone says but I don’t believe it would be a very enjoyable experience.

I don’t think 2Dark is that fun to play. I grew to enjoy it as I got further along but then I also got more invested in the story and that was what drove me to finish it. What was the connection between all these scenarios? What horrible surprises are around the corner? These were what kept me playing, not the trial and error gameplay. Certain solutions I found to completing some puzzles were inventive and rewarding to plan out but in general you will be stood in the shadows waiting for your moment to slink by an unaware enemy in the hope of finding a key to advance deeper into the level. 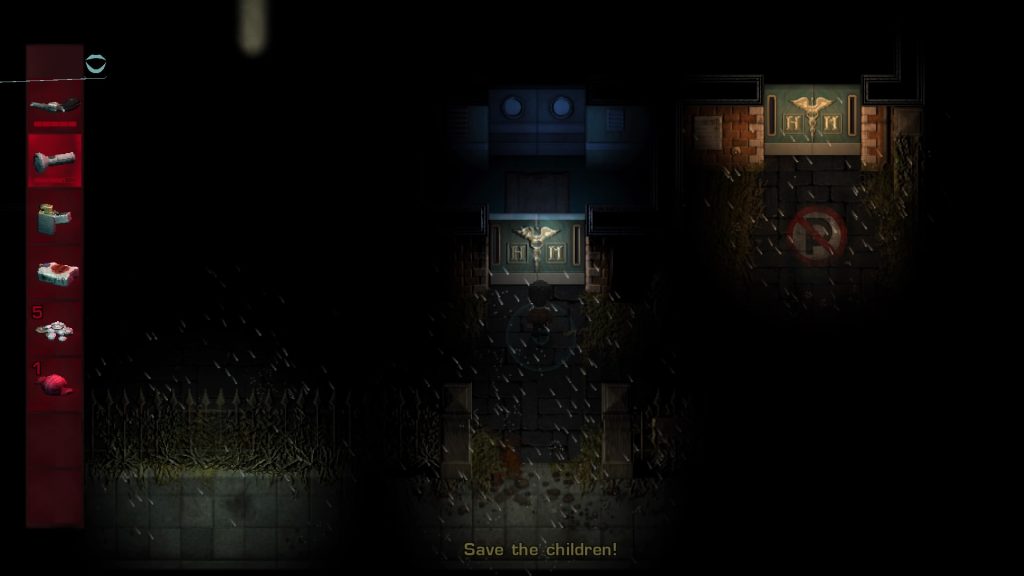 So would I recommend 2Dark? Yes. At £25 it’s a little too pricey as it’s not the best playing game by a long stretch and the trial and error nature can be tiring depending on how stuck you get. You get six levels to play through which might not sound like much but along with the story sections I’d say it probably took me around ten hours to finish. Once you’ve finished a level you can attempt it in Challenge Mode which allows you to try and earn stars for achieving certain criteria. I can see some people enjoying creating perfect runs through the levels though I’m not sure I’m going to be replaying it any time soon.

I got what I wanted from the story, I wanted to know where it was going and how it was going to get there. 2Dark is a brave title which should be applauded, it’s just held back slightly by the gameplay.

2Dark
6 Overall
Pros
+ Brave premise
+ Story will keep you playing
+ Multiple ways to clear levels
Cons
- Trial and error gameplay
- Pitfalls and animals are an irritation
- Story may upset some
Summary
2Dark delivers on a dark story but struggles with the gameplay. The visuals soften the horror a little but the developers should be applauded for the premise. The stealth gameplay works but the trial and error nature of it may start to grate, thankfully the story is intriguing enough to pull you through to the end.