Since handing over the reins to Kylotonn, the WRC series has been on something of an upward trend. The sport’s been well-handled without necessarily stepping into something truly spectacular. WRC 8 hopes to change all that with some new features, smart decisions and more reasons to race from point to point. 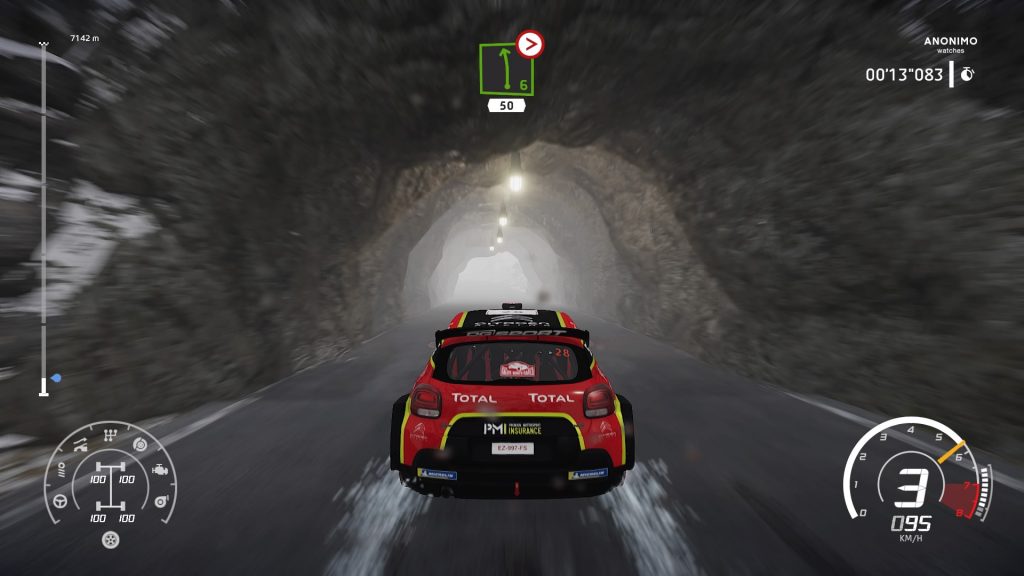 Career mode has seen something of an overhaul. There’s a lot more for the player to do as they involve themselves in the day to day running of a rally team. You’re hiring staff, managing research and car development whilst also paying out your own repair bill. There’s a lot more depth to it and it’s interesting to try and manage your time and funds effectively through a season. Time between rallies can be spent training up, doing special events and generally trying to keep people sweet. You are always progressing towards something, which makes the more mundane aspects feel more impactful.

For those familiar with the career mode adopted by Codemasters’ F1 series, they’ll be right at home. There’s an aspect of spinning plates at play and the financial side of running a team is surprisingly tight. It makes pursuing team objectives valuable as you look for additional funds to keep the show going. If it feels like a lot, it is but WRC 8 does try to gradually introduce you to new events and options as your career progresses. It’s easily the star of the package and I’m impressed with the work that’s been put into it. 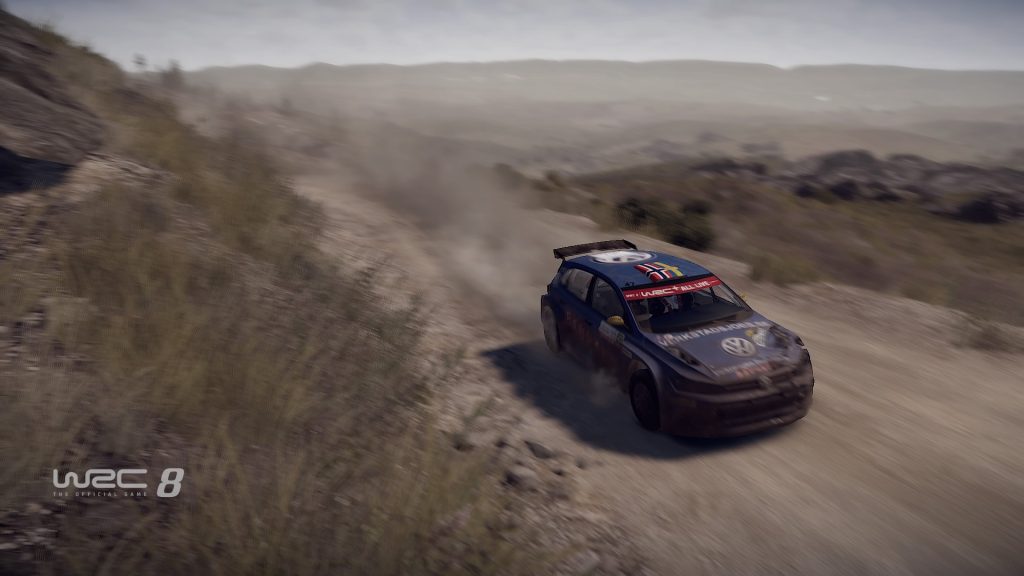 There’s an element of time management as you schedule training, historic and extreme condition events to sharpen your wits. They’re worth doing for the additional funds and reputation. Resting keeps your staff sharp and maintenance events can help keep your vehicle in top condition for a rally. The rallies are where your big bucks are made but there’s definitely an element of spinning plates as you try to hire the right people at the right time and do the right things behind the wheel. I feel a lot more involved in the career mode this time out and what they’ve added makes this a much more comprehensive mode.

If you wish to partake in something with less stakes, the usual standalone stages, daily challenges and eSports options are here. Online can be played locally or online and functions well with a few options for class restrictions and rulesets within lobbies. There’s the typical variety of official cars and stages with thousands of miles replicated for your pleasure. There’s a lot of options to customise too. Control sensitivity can be tweaked, buttons can be remapped and dead-zones can be altered. Camera position can be tailored to your liking too and a colourblind option for those that need it. It leans towards something trying to add accessibility whilst giving simulation fans something more nuanced.

WRC 8‘s handling model feels consistent and the physics seem to act realistically. I say ‘seem’ because honestly, I’ve never felt fine-tuned to pick up on some of the minutia of physics models. What I do feel from my time behind the wheel is a sense of regularity. Playing with traction control off feels surprisingly accessible as you slip from corner to corner. Different surfaces offer varying levels of grip and the vehicles offer their own sense of individuality. Dialling yourself into a new car can be challenging as you find out how effective they turn and brake. 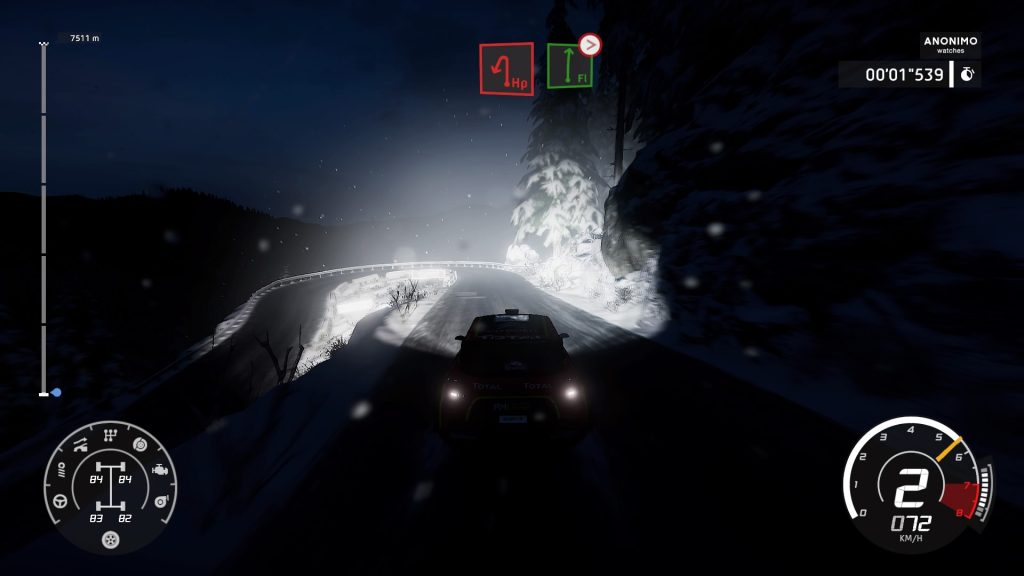 Visually, the game looks sharp Kylotonn’s environmental work has always had a decent look to it and, as usual, the car models are especially well crafted. It does not carry the same flourish as their competitors but WRC 8 looks detailed and each rally has an identity all its own. Dynamic weather also plays a part. I was genuinely surprised when rain started falling during a stage in Sardegna. Giving the weather a chance to influence your approach adds another level of challenge to an already tricky driving experience. Fog limits visibility, puddles can really throw your vehicle off and snow can make your proceedings very cautious.

It comes together in a way that helps deliver a tough but rewarding drive. Weather isn’t just for show and an importance is placed on concentration as you read the road ahead and listen out for pace notes. It’s the thing I come to rally for and WRC 8 manages to replicate it in a precise manner.

Engine notes are well done with each car sounding different. Hearing the telltale pops of the turbo, the screech of the brakes and the passing noise of the crowd helps keep the game feeling authentic. I find the co-driver’s voice to be a little odd. He has an authoritative quality that makes him sound more at home at school. He sounds clear enough but I still wish more was made to make him feel like he was in the car with you. 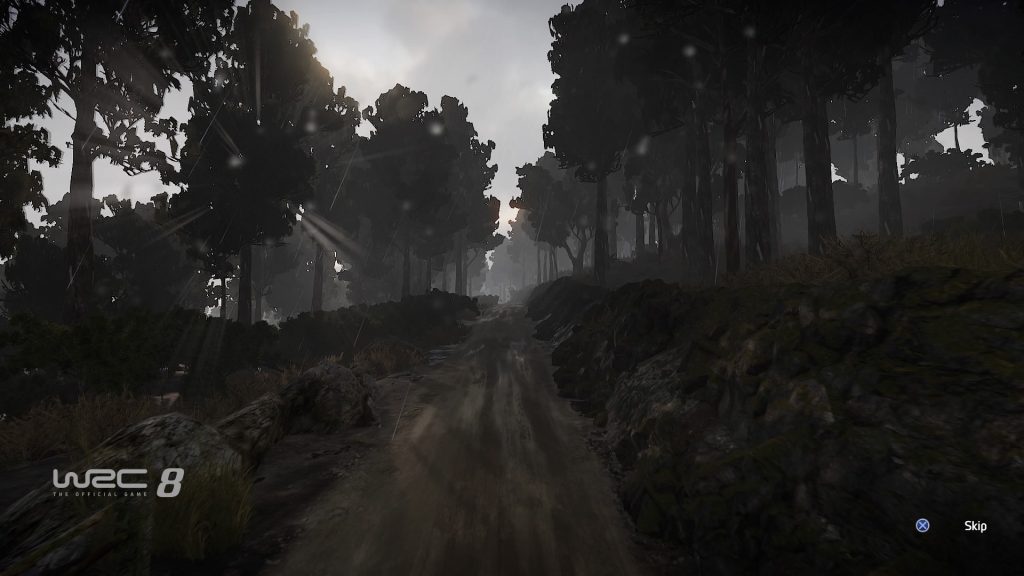 There’s some things I do wish were smarter, mind. AI difficulty is kept to the usual easy, normal and hard settings. Something more granular might allow people to dial in something more appropriate to their skill level. Your options for historic rallies limited with a few of the small offering feeling fairly contemporary. Licensing probably plays a part but there’s too many notable omissions to list. I’m not fond of car condition being managed in career mode, either. Managing repairs is fine but having an overall car condition meter that can only be filled by special events feels daft. Mechanics should be able to deal with that between days.

It feels to me like the series has stepped up. WRC 8‘s career mode is substantially more involved and helps give the racing more context. The handling remains pretty strong with the physics feeling consistent and predictable. It looks fairly accomplished and the new dynamic weather can really liven a stage up. Damage feels forgiving on the default setting but the concept of car condition certainly seems to cast a shadow over it. Kylotonn’s made some strides this year but there’s still some small aspects that feel left behind.

WRC 8
8 Overall
Pros
+ An excellent, comprehensive career mode.
+ Plenty of content to keep players busy.
+ A surprising amount of customisable options.
+ A solid handling model that produces a consistent experience.
+ Impressive, detailed visuals complimented by dynamic weather.
Cons
- A poor selection of historic cars.
- Car condition is an odd thing to manage separately from repairs.
- Despite the wealth of options, AI difficulty has some rigid presets.
- Presentation still seems a little dry.
Summary
WRC 8 is an accomplished effort with a career mode that now feels more complete. The content on offer is substantial with plenty to sink hours into. The presentation might look a little dry but the audio works well with the detail of the environments being complimented by a dynamic weather system. It's really starting to feel like a series getting better with age and rally fans should feel right at home.